She wants to bring back “centrist politics” and is standing for re-election.

Anna Soubry is making the election in Broxtowe (the seat which encompasses Beeston) an unpredictable race. First elected in 2010 as a Conservative MP and having served ever since, Ms Soubry is now standing for re-election as the candidate for The Independent Group for Change.

At her campaign office in Beeston, Ms Soubry met with The Nottingham Tab. Holding the reigns to her own party, Ms Soubry was more than happy to answer any question honestly as she ate her lunch.

Ms Soubry says the two main parties are being “gripped by the extremes”. The Conservative Party, which she left ealier this year to become one of the founding members of TIG, is having a “race to the right,” she said, meanwhile, Labour has “drifted away from the social democratic, more centrist positions” and is going back to what she describes as “the old hard left” which “was responsible for the demise of the Labour Party” in the 80s. 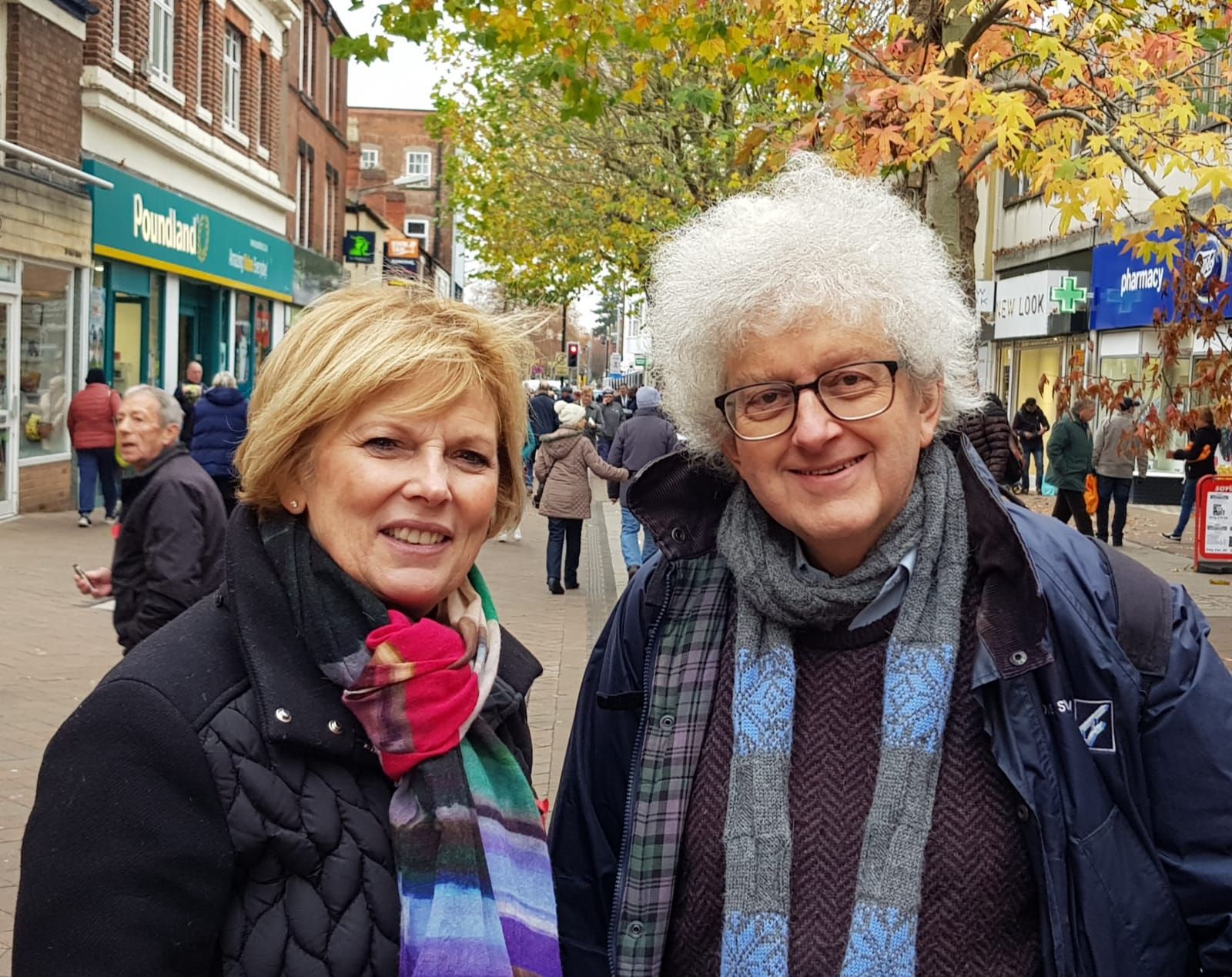 Anna Soubry with Sir Martyn Poliakoff, a professor at the University of Nottingham

Ms Soubry expressed sorrow over how many people are feeling “politically homeless and wanting a better way of doing politics.” In light of this, she hopes to win over these voters with her unwavering “moderate, centrist, social democratic, conservative liberalism”.

When prompted about her main two rivals she says that Greg Marshall, the Labour PPC, is “Jeremy Corbyn’s man”, and that Darren Henry, the Conservative PPC, is “Boris Johnson’s man”. It was implied that neither of these are good options.

The Liberal Democrats are not contesting. The Tab reached out to the local party for comment but received no response. The Green Party's Katharina Boettge is, however, still standing as a candidate.

Ms Soubry prides herself on being a founding member of the People’s Vote campaign. She is unapologetic about her stance on Brexit; any deal negotiated “must go back to the people” and she will campaign to remain.

Seeking to be the home for remain voters, Ms Soubry frequently mentioned having a “People’s Vote”. She called Labour’s policy to renegotiate a new deal and have a referendum within six months “illogical and nonsensical”. She also mentioned that Greg Marshall, Labour PPC for Broxtowe, has not been a vocal Remainer. “He didn’t campaign to remain,” Ms Soubry claimed. Mr Marshall’s website only recently confirmed that he would support remain in a hypothetical ‘Final Say’ referendum.

Moreover, Ms Soubry says Boris Johnson’s deal is “worse than Theresa’s May deal”, although she did not offer any specific criticism to explain this position. Her negativity towards Mr Johnson's deal should not be surprising as she wishes to remain a part of the European Union and is especially against harder forms of Brexit.

“It’s your future. You [students] are the ones who will bear the brunt of it. That is why I feel we should have a People’s Vote.” – Anna Soubry on supporting a second referendum

HS2 is controversial. With ever-growing costs, much above the original estimates, many politicians are now against the project. Ms Soubry is not one of them. She is vocal in her continuation of support for it. As reasons to continue doing so, she cites that most of the EMR train are packed and that more capacity is needed.

Ms Soubry called the service between Birmingham and Nottingham “terrible”, something some students may relate to. The implementation of HS2, Ms Soubry says, will create a new connection which will help solve the “classic” East-West problem. She is also confused as to why parties have gone against it; HS2 originally had cross-party support and was something MPs largely agreed on. Though she admits there are many problems with the project, she considers it a necessary service to build. 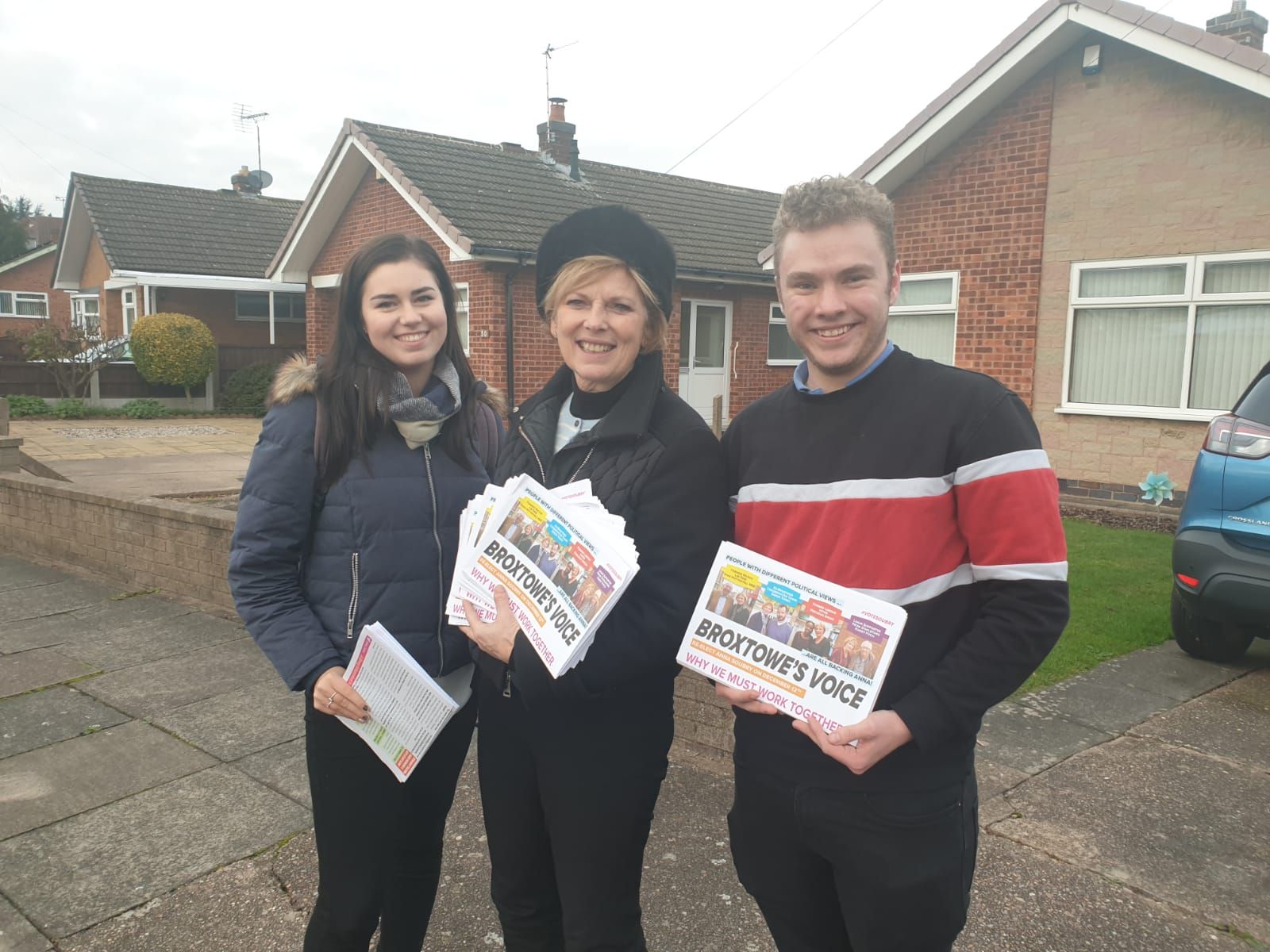 Climate change is a topic, Ms Soubry says, "we cannot sit back on any longer”. However, to meet the Government’s target, which she wants to be brought forward “five, ten years”, she believes we need “dramatic change”.

In order to do this, Ms Soubry did not immediately discuss ways to limit carbon-consuming on a large scale (such as through projects or forcing dirty corporations to become cleaner and greener), but argued that individuals' changes are at the core of it instead.

Ms Soubry drew upon wanting to lower the production of beef. To do this, Ms Soubry said, “people have to change the way that they eat”. She then went on to muse about how meat was a “treat”, whereas now people eat it on a daily basis. The conversations to reflect on the way we eat so that we will change our behaviour are “very difficult to have”, especially as a meat diet, she says, “is so cheap”.

Travel is likewise, Ms Soubry argued. Pointing a finger at Greta Thunberg and her efforts to try and convince people to travel less or travel greener, Ms Soubry said that we can’t all “get into Nikki Henderson’s yacht… that’s not how the rest of us can live."

“She says ‘I am not going to fly on an aeroplane'; well not everyone can spend two weeks in a yacht.” – Anna Soubry on Greta Thunberg

Ms Soubry said that people will “basically promise you anything for your vote” and that Labour’s “wild promise” to scrap tuition fees “would be profoundly irresponsible to keep”. The idea is a “unicorn”, she later added.

She is not particularly remorseful about increasing tuition to £9,250. Arguing in favour of having tuition fees, Ms Soubry talked about how using a tax-based system in order to pay to tuition fees not only makes it harder to universities to budget (as they lose their guaranteed stream of income from Student Finance England) but may result in universities not being provided enough money by central government if hypothetical taxes that year were down. Furthermore, she highlighted how many more people now attend university compared to the past, thus making free higher education on such a wide scale hard to fund. She also discussed how, under a universal free higher education system, those who decided not to go to university would have to pay for others to go.

Ms Soubry was not aware of the rates of interest on the loans. Upon learning the interest rates, she was surprised and said that they were too high. However, she did not commit to lowering them.

Finally, Anna Soubry said that she was "worried about our [students'] future and the kind of country we are going to inherit" and expressed concerns in the rise of hate crime—some of which, she says, has "crawled out from under the stone which we lifted in the 2016 referendum". She hopes to be an alternative candidate for students to support, away from "populism and the extremes".

Most students based in Beeston, who are registered to vote, will be able to vote for Anna Soubry, or any other candidate standing in Broxtowe, on December 12th.

Images provided by The Independent Group