Portland Hill has been left covered in dozens of black bin bags following the SU's declaration of a climate emergency, in an attempt to make students aware of the Universities contribution to energy and pollutant waste.

The display of bin bags ominously placed outside the SU represents the detrimental environmental effect that the University can have, read a sign placed in front of the bags.

A poster placed at the bottom of the hill explained that the scattered waste in black bin bags was the "equivalent to the Uni’s output in 6 hours of 2,100kg of waste." 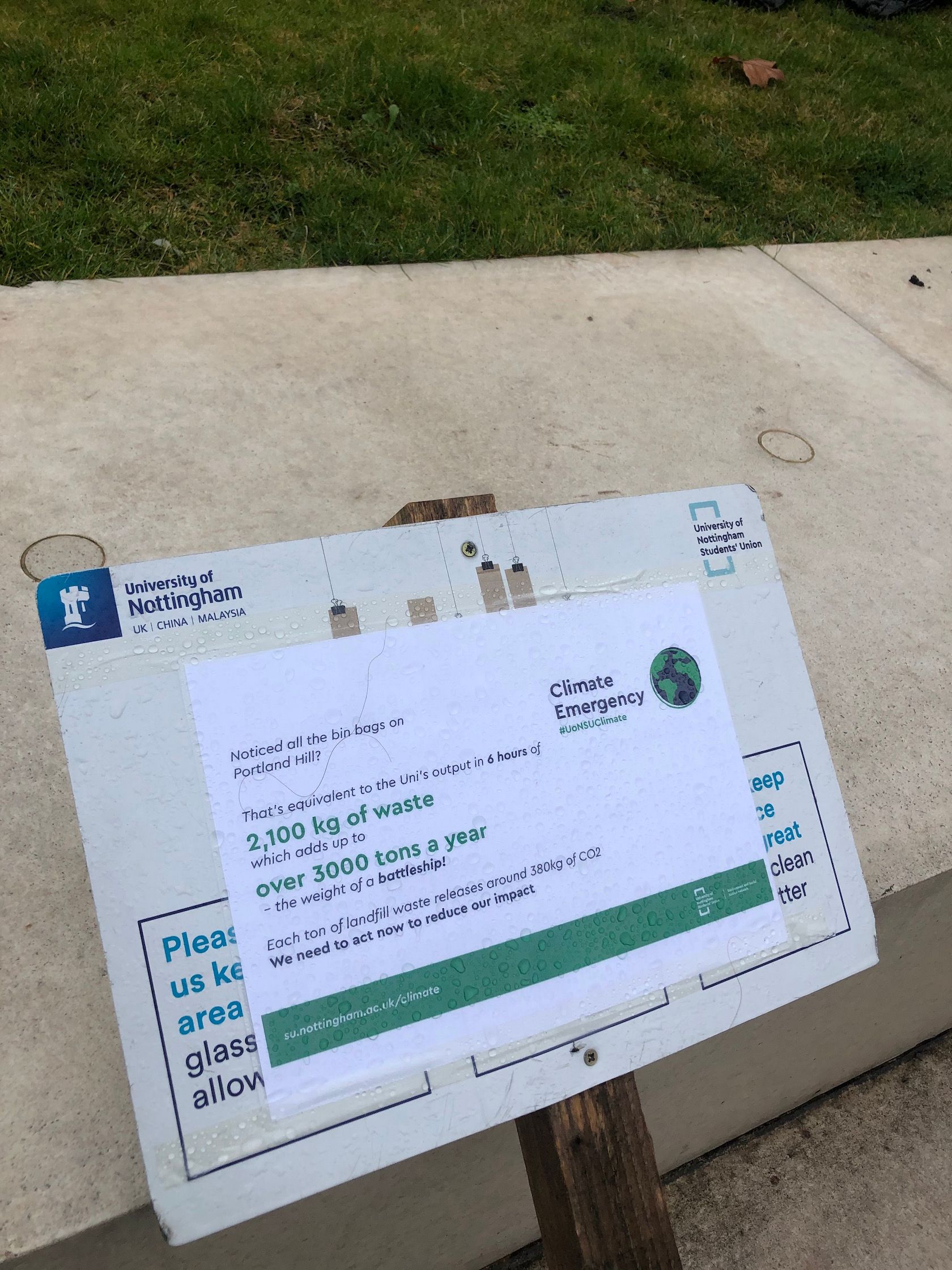 A sign-post, placed at the bottom of the hill, offers a short summation to confused on-lookers. It reads:

"The weight of a battleship!

“We need to act now to reduce our impact”.

The University’s somewhat disturbing display represents the joint effort that must be taken forward by the campaign.

The decision to declare a climate and ecological emergency was made on the 7th November, forcing the University to devote additional resources to tackle the emergency and strive towards a sustainable future.