Computer science students at UoN received a controversial email this week. It was sent from a student replying to an email about IDAHOBIT (International Day Against Homophobia, Biphobia, Interphobia and Transphobia). However the student in question pressed 'reply all' instead of replying just to the sender: 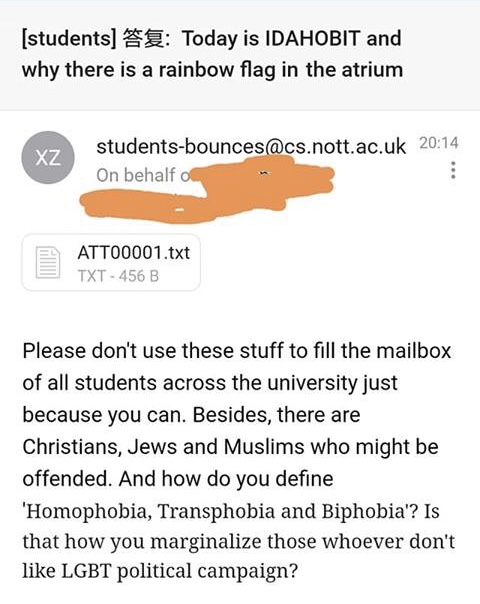 Although an email like this can seem harmless, it is not. Micro-aggressions support marginalising lives, so this isn't something we should brush over.

Let me start by saying that this "stuff" affects peoples lives. Humans that fall under the LGBT+ category are 5 times more likely to attempt suicide. If your email inbox is more important to you than this statistic, I can only feel sorry for your lack of love.

My favourite part of this email is when the student attempts to excuse their derogatory speech by name dropping three religions. Passing the buck like this can cause further hate towards those religions, which shouldn't be the case just because this student can't accept responsibility for their own views. 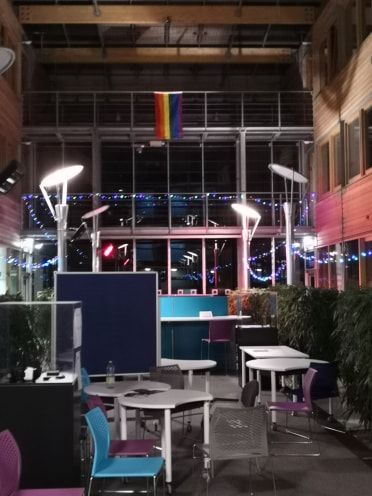 By placing a rainbow flag in the atrium, we are not marginalising you for disliking the LGBT+ political agenda. It is simply there to show support to LGBT+ members and allies. It is nothing to do with you and your hate.

And before you say I'm being sensitive about this issue, this student literally got offended by a rainbow.

In case you’re bored of your uni mates, here are 10 ways to spice up your video calls!

After 11 years in Notts, Propaganda has been forced to close its doors for good