Nottingham is the ninth cheapest city for graduates to live in, which means more nights at Ocean

It placed higher than London, Oxford and Durham

The City of Nottingham has been ranked as the UK's ninth cheapest cities for recent graduates to live in, placing above the country's most expensive student citys London, Oxford, and Reading.

The study, courtesy of Propillo, took into account the mean monthly cost of living and rental price average for individuals one year after graduating in the UK.

Graduates in Nottingham would save an average of £70 a month, which means more nights out at Ocean, more blue VKs, and increased savings for other costs. 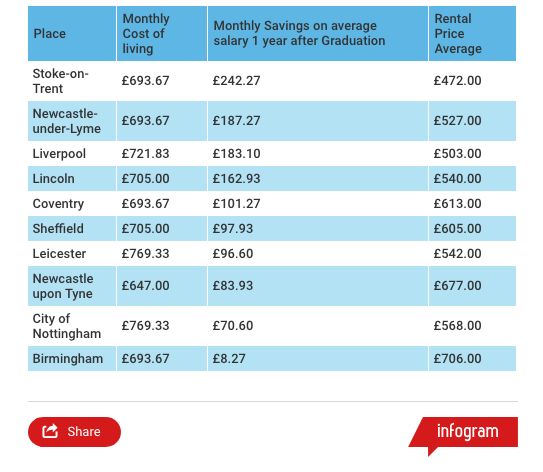 A graph of the top ten cheapest cities in the UK, calculated as the greatest monthly savings from cost of living and monthly rent

The salary in the study was based on the complete average graduate earnings 1 year after leaving university, an average of £18,244 across the UK.

The study also found that the cheapest city for graduates to live in after university was Stoke-on-Trent, where individuals saved an average of £242 a month based on average salary of a graduate. 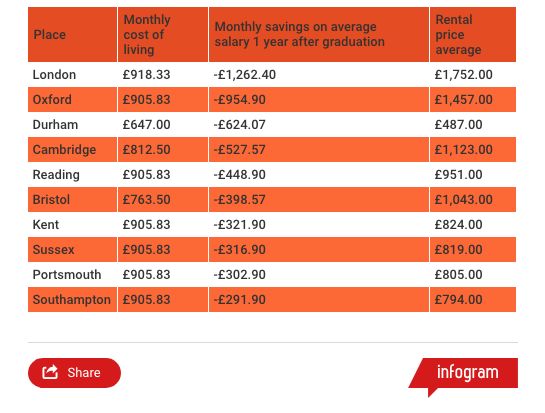 As opposed to the top ten cheapest cities, living in London, Oxford and Durham could see you lose up to £1,300 in monthly savings with the increased cost of monthly rent in the South East and in Central London.