‘Plenty more Baywatch left in the old girl yet’

Relief can be smelt in the air today as Andy Hoe, owner of Ocean nightclub, has disputed any and every rumour about the club shutting down.

The student heaven has been rumoured to close down after plans for refurbishment of the Broadmarsh area surfaced, but the plan had not included new works on Ocean, according to Andy.

Andy, in a Facebook post on Nott's Buy/Sell, claimed the rumours to be "#FAKE NEWS", stating that "OCEAN IS NOT CLOSING DOWN THIS YEAR". 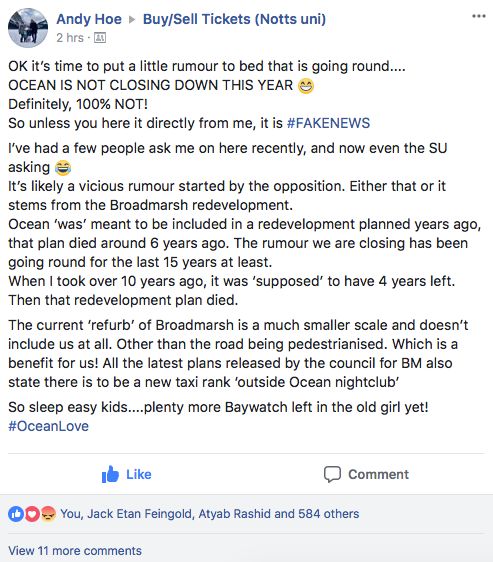 In the post, Andy Hoe also said that Nottingham SU had asked him about the rumours.

He added that the road outside would be pedestrianised, and that there are plans for a new taxi rank outside Ocean.

That's our lives saved then.