Sorry about all the maths.

Earlier this week a student was stabbed in Broadgate Park halls and in late 2017 another stabbing occurred on Albert Grove. A number of student houses in Lenton were also broken into and burgled around the same time. Recently, it has seemed as if there's a new story like this far too often.

However, in November, Nottingham council sent this letter to students living in the Lenton area, complaining about anti-social behaviour and house parties. Many students felt as though authorities were neglecting the bigger issues facing students in the area, by focusing on the problems they cause instead.

In response to this, The Tab decided to look into the crime statistics for the heavily student-populated area of Lenton and Dunkirk, to see what the biggest problem really is in these communities. We focused primarily on anti-social behaviour, violent and sexual crimes, burglary and theft and drug-related offences.

According to Nottinghamshire Police, a total of 1483 crimes were committed in the area between January and November of 2017, an average of 135 per month. 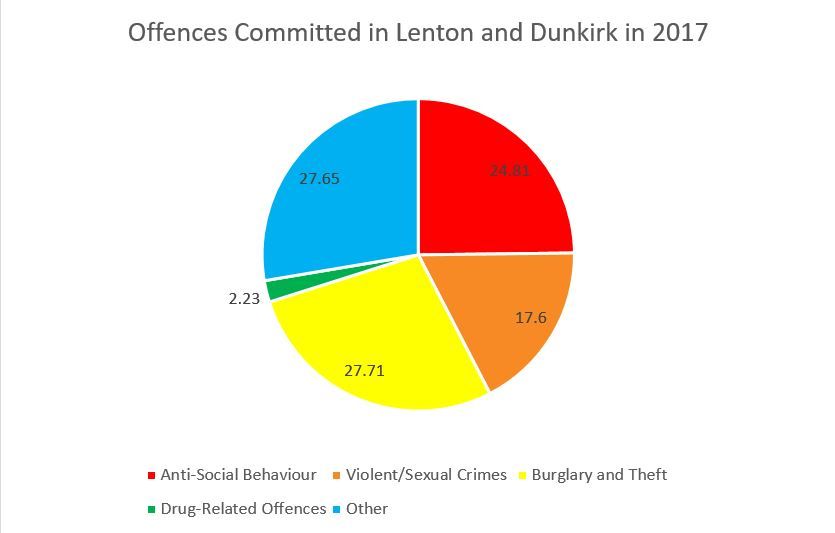 The most commonly committed offence was burglary or theft, with 57 cases in November alone. Roughly a quarter were anti-social behaviour. The smallest percentage was for drug-related crimes, which you might find surprising in such a heavily student-populated area.

Expectedly, there are fewer examples of anti-social behaviour during the month of August, when most students have gone home, with the numbers increasing again in September and into winter.

Worryingly, violent and sexual offences were the most frequently-occurring criminal offences in both July and September.

There was also a noticeable increase in the number of incidents the police had to deal with towards the end of the year. The same trend occurred in 2016, too. 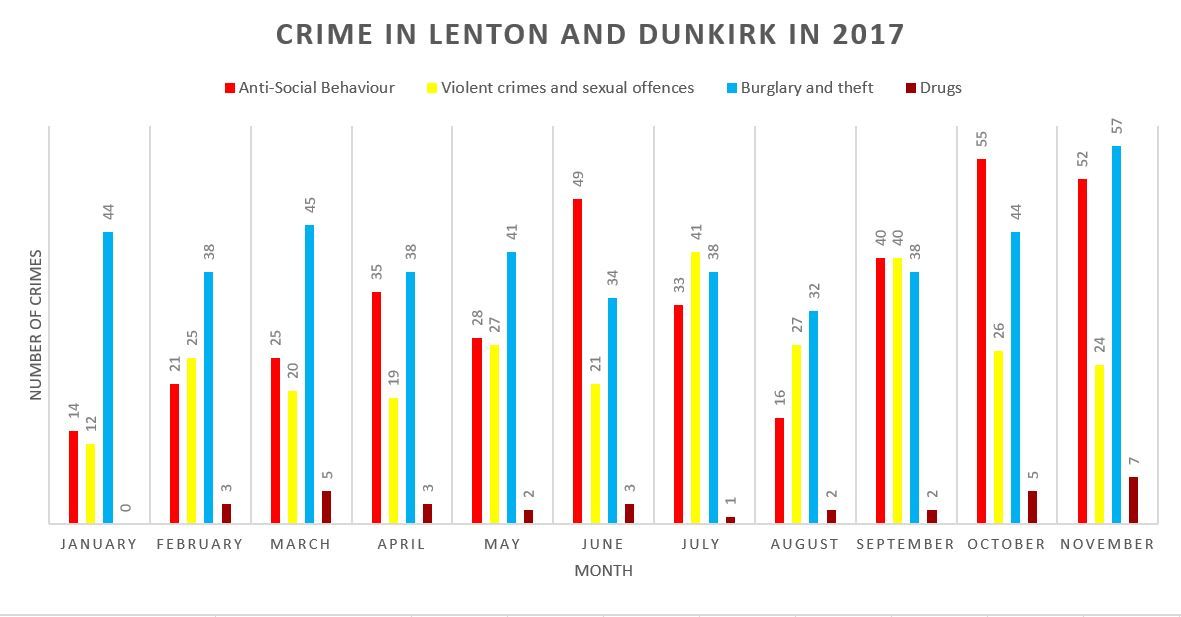 Lenton is not just a student area. There are plenty of older residents and families living there who could be disturbed by house parties and it is important for the police to make their lives easier. However, it isn't the biggest issue facing those who live there, and many students feel as though not enough is being done to keep them and their belongings safe.

Do you feel safe living in Lenton? Do you think the police are doing enough to deal with threats to the student population? Or do you agree that they are focusing far too much on shutting down our house parties?