According to this letter sent to everyone

Last year, Nottingham council sent a letter to students blaming their house parties for “matrimonial breakdowns”, kids getting bad grades at school, and threatened eviction, fines, and even prison.

The letter, delivered to students in Lenton by members of the council, talks about the “corrosive impact that anti-social behaviour attached to large scale house parties has”, and blames students’ parties for “loss of sleep, impact on work, matrimonial breakdowns, mental health and children’s education being harmed”.

Later in the letter, the council threatens students with “custodial sentences” if fines are not paid, “preventing access to all individuals, including those who habitually live at that address” for up to 3 months – potentially leaving students homeless if they throw a house party.

Read the letter below: 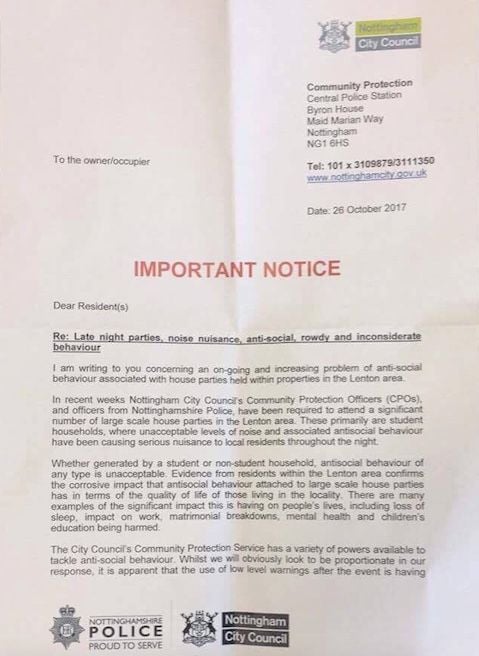 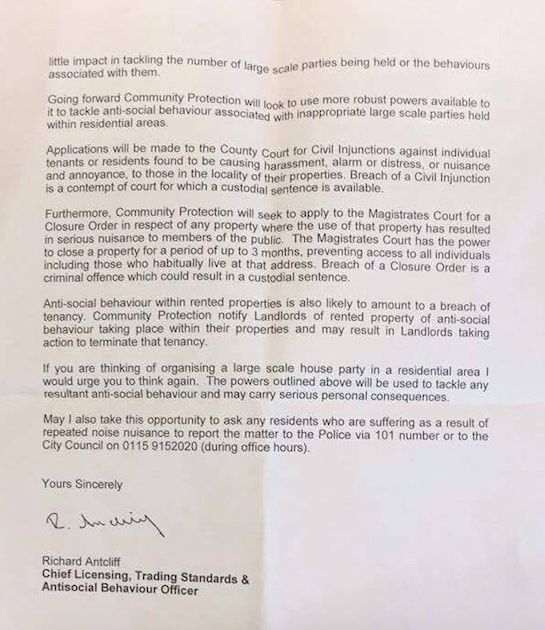 The council also states “it is apparent that the use of low level warnings after the event is having little impact in tackling the number of large scale parties”.

These letters were personally delivered to students in Lenton by members of the council on Wednesday, after many student house parties have been shut down before midnight over the last few weeks with a much greater police and CPO presence in the Lenton/Derby Road area.

Will, a Psychology third year, told The Tab Nottingham: “The letter just seems to be over the top. If people complain about you then fair enough, the council can sort it out. What’s the point in scaring everyone?”