Ocean is banning Baywatch due to health and safety concerns

Baywatch has officially been banned at Ocean due to the concern of students’ personal safety.

According to a source at the club, the ban on Baywatch will take effect next Friday, the 7th of April and will apply to both the playing of the song and the waving of t-shirts to accompany said song.

It is understood that Andy Hoe is instituting the ban after pressure from a local authority, who viewed the activity as encouraging disorderly behavior.

Andy Hoe has yet to officially comment on the banning and understandably many students will be disappointed to what might be an end of an era in Nottingham’s nightlife. 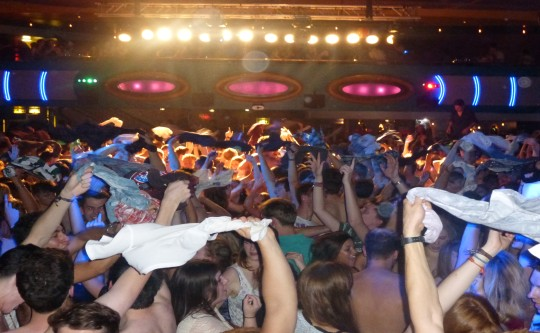 George, a second year student commented “I can’t believe it, all those hours in the gym wasted. I get one opportunity a week to take my top off in front of hundreds of people a week and now it’s gone.”

Beth, a third year student, after being asked her thoughts about the ban, said ” Erm that it’s outrageous I guess I’ll just have to take my top off anyway, amirite lads”.

Little is known of what is going to replace Baywatch and what is going to fill the gap but all we do know is that it will be sorely missed. Nottingham City Council could not be reached for comment.

(Before you get too worried, check the date…)