Protests took place all over the country in response to his immigration ban last night. 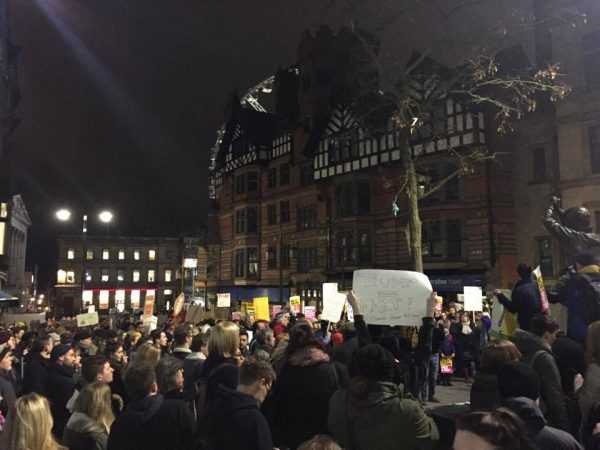 As one of his first official orders as President, Donald Trump has imposed temporary suspensions on immigration to the US from seven predominately Muslim countries, causing outrage across America and the globe.

Similar events were held elsewhere across the UK, protesting the #MuslimBan, and Theresa May’s complicity in the order. 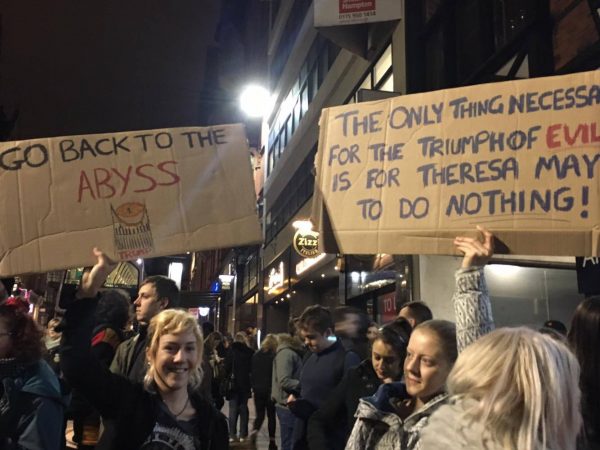 The Nottingham event was set up by local resident, Niamh Shewell-Cooper. What started as a simple Facebook event, quickly became widespread, with hundreds of people eager to come and express their thoughts about Trump and the UK’s ‘special relationship’ with him. 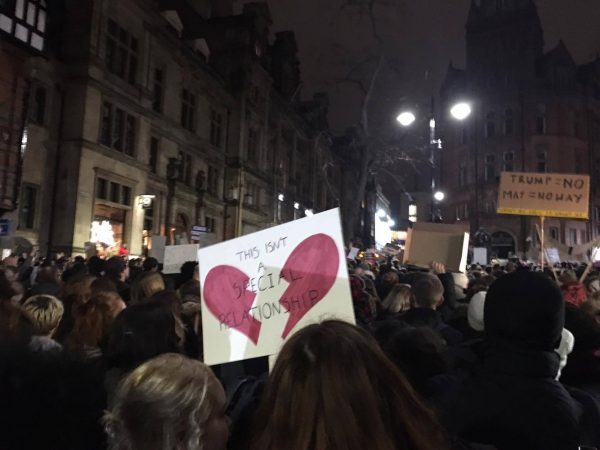 Speaking to The Tab, Niamh said, ‘this isn’t just about the UK nationals that have been affected, but all who will experience hate and exclusion due to the decisions that have been made in recent days.’

‘I was only expecting about 20 people but it’s amazing it’s blown up this much.’ 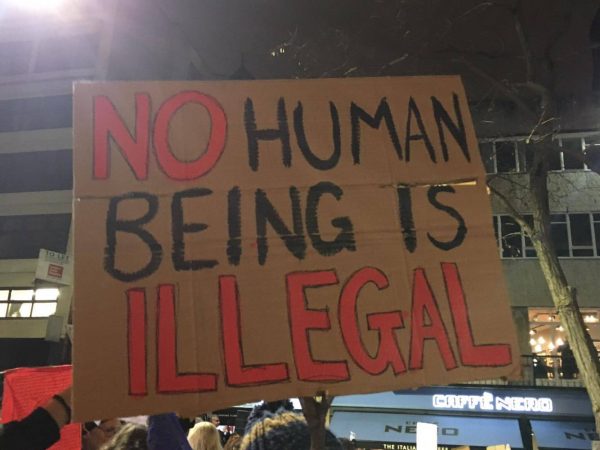 The event featured speakers from across the Nottingham community, including council members, the Nottingham and Nottinghamshire Refugee Forum, UoN Students Union and more.

Speakers used the Brian Clough statue as their podium, where a multitude of voices were able to express their thoughts and opinions to a supportive, cheering crowd.

The overall feeling throughout the protest was one of solidarity, reflected in the attitudes of the crowds and what the impassioned speakers had to say. 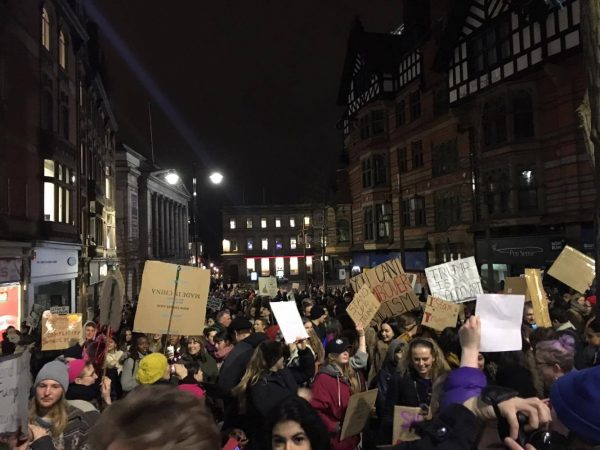 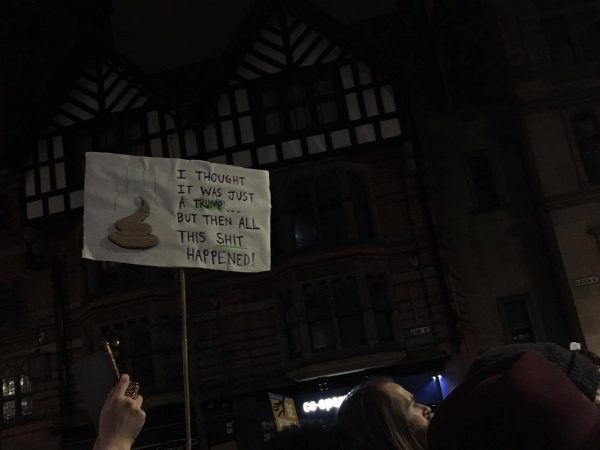 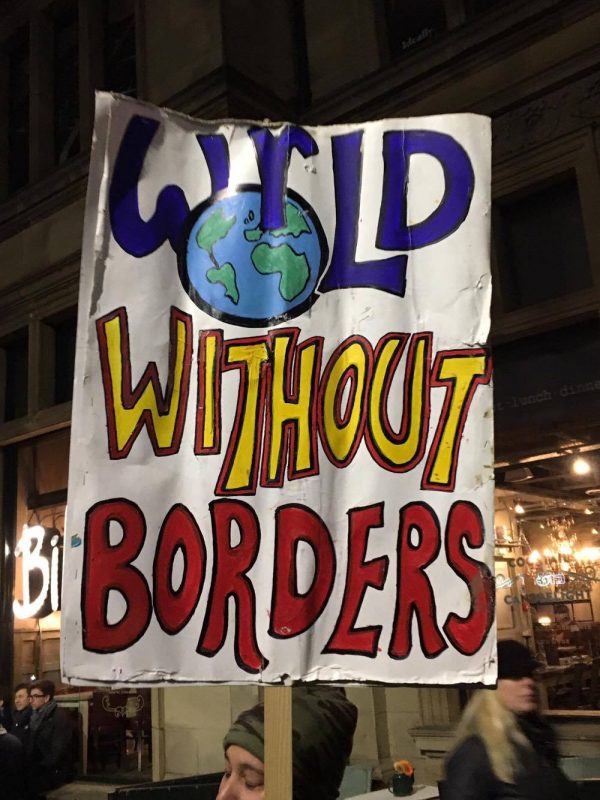 After the speeches, organisers played music while the crowd danced and chatted to one another, comparing the genius behind the signs they’d brought along. The Tab was able to speak to a few attendees who had this to say:

‘I wanted to take a stand against Trump and the ideals that he stands for. I wanted to be part of a movement that shows that you can’t get away with the suppression of minorities and to be able to do that in my own city is amazing.

‘Staying quiet doesn’t achieve anything, you have to be vocal against the bullies that are supposedly leading this world.’ 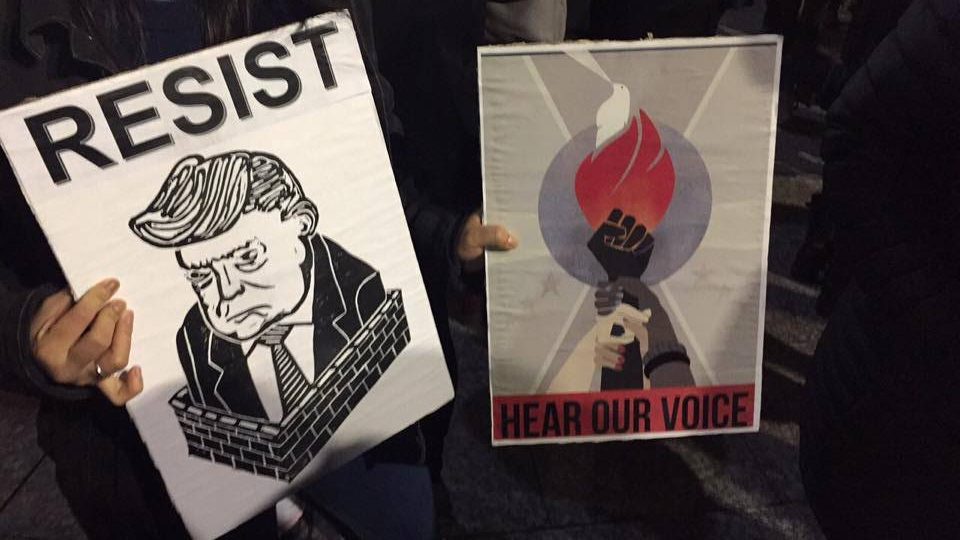 ‘People want to show that solidarity still exists in our culture and in throughout our society, that these bullies do not have the power to silence us.

‘I think that ordinary people don’t want to just sit back and listen to the hypocrisies of the world. This protest has given local people who can’t ordinarily voice their opinions, an opportunity to actually stand up and say something.’ 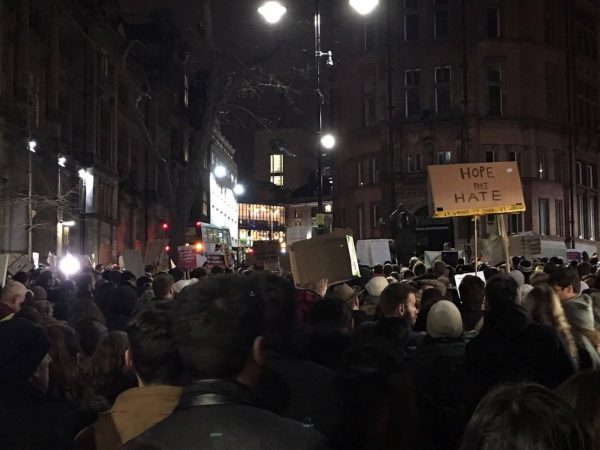 ‘I am an American. What Trump has decided to do to the American people and the American name is irresponsible and un-American. He doesn’t speak for all of Americans in what he says and I would like to show that my country does stand in solidarity with the world.’

‘Trump does not speak for my nation. If I don’t fight for the people that are being attacked now, who fill fight for me?’ 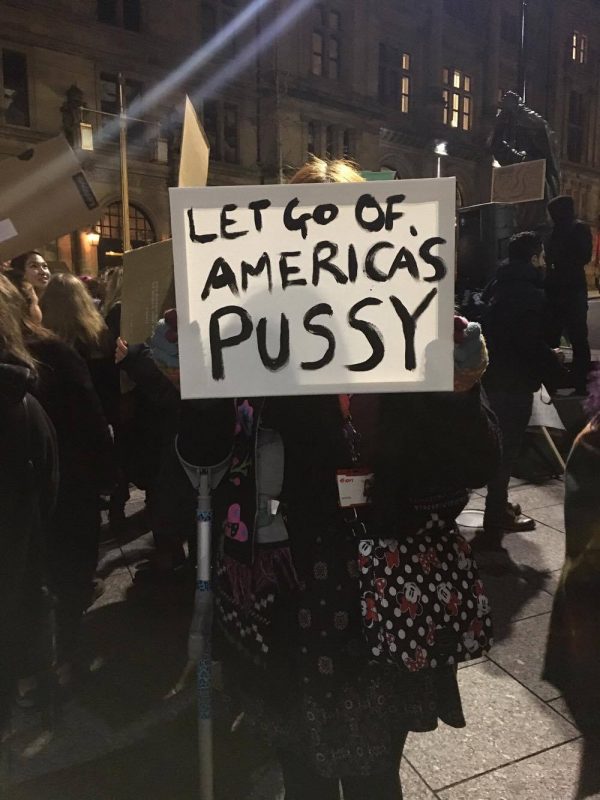 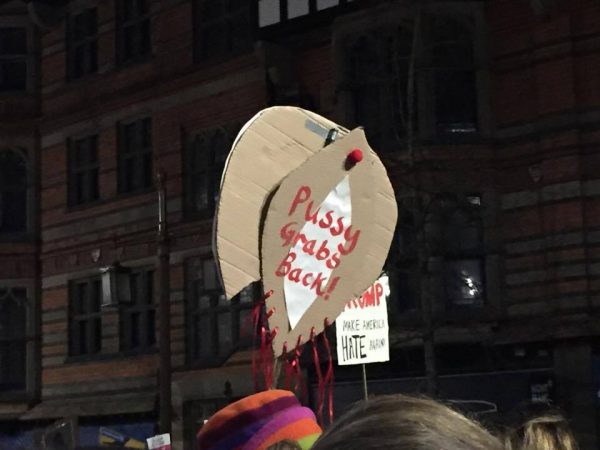 ‘Whilst Trump’s win has devastating effects for humanity, it has also led to the mobilization of so many people across the world. It has reminded people that they have a say in how their lives are lived. It has taken someone so rash and outlandish for people to stand out and stand up for other people. 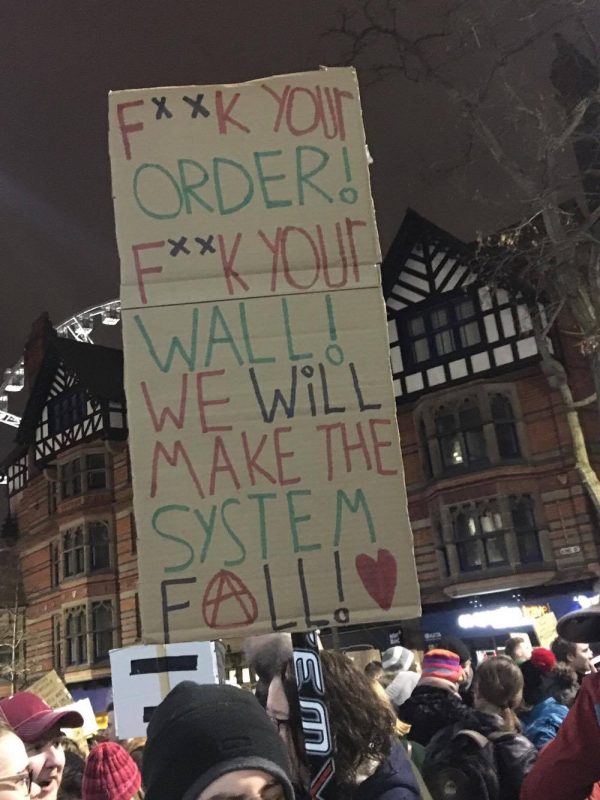 ‘It’s finally made people realize they have to support each other.’ 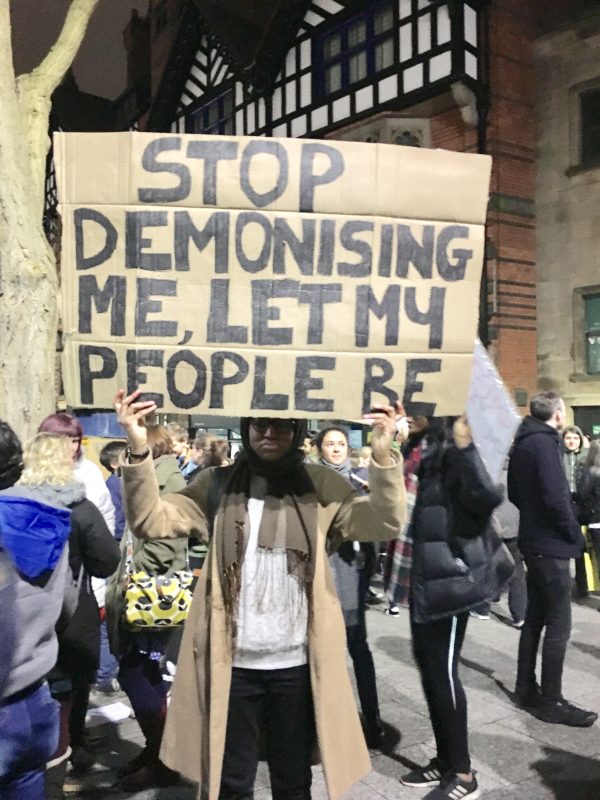