One in every 135 Mancunians are homeless

The City of Manchester was ranked as having the highest rate of homelessness in the North of England for the second year running, where 4,042 are homeless. That's one in every 135 Mancunians.

94 of these are reportedly sleeping on Manchester's streets, with 3,948 recorded as homeless in temporary accommodation such as B&Bs and hostels.

The amount of homeless people in Manchester now is genuinely heartbreaking. 🙁

Sue Murphy, Deputy Leader of Manchester City Council, told The Manchester Tab that the situation "is being made all the more difficult by national welfare changes which are causing more people to lose their homes and legislative changes which are increasing demand for our support services."

The housing and homelessness charity Shelter have launched an urgent appeal after new analysis revealed 320,000 people are recorded as homeless across Britain.

This is an increase of 13,000 people in the last year, and means that one in every 200 people in Britain are recorded as homeless. 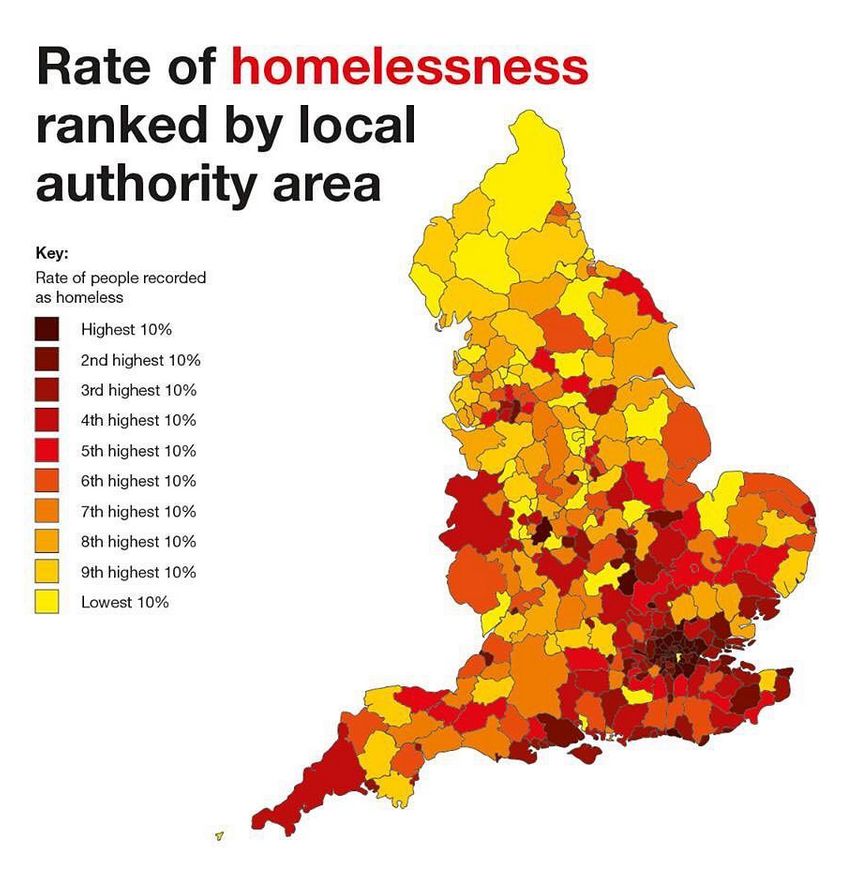 The London Borough of Newham has the worst rate in England, with one in every 244 people recorded as homeless.

Back in 2015, The Manchester Tab spent the night speaking to homeless people across the city. A year later, we reported that homeless people had their possessions thrown away ahead of a royal visit to the University of Manchester's Graphene Institute.

John Ryan, Shelter's Manchester Hub Manager, said: "It’s unforgivable that thousands of people in the North West have been swept up by the housing crisis and now have no place to call home. These new figures show that homelessness is having a devastating impact on the lives of people right across the region.

"Due to the perfect storm of spiralling rents, welfare cuts and a total lack of social housing, record numbers of people are sleeping out on the streets or stuck in the cramped confines of a hostel room. We desperately need action now to change tomorrow for the hundreds of thousands whose lives will be blighted by homelessness this winter.

"Shelter’s services have never been more needed. That’s why we’re asking the public to support us this winter so that we can answer as many calls as possible and have trained advisers on hand when people need them most."

In a full statement to The Manchester Tab, Sue Murphy also said: "Homelessness remains a significant challenge, and that challenge is being made all the more difficult by national welfare changes which are causing more people to lose their homes and legislative changes which are increasing demand for our support services.

"But it’s a challenge which the city collectively is rising to – the Council working closely with a whole range of partners through the Manchester Homeless Partnership – and while people sleeping rough remains a highly visible issue we also must not lose sight of the fact that people are being supported into accommodation and to move forwards in their lives. There are a great many dedicated and caring people doing a lot of hard work to give this structured support.

"We’ve always been clear that the issue is so complex that it can only be successfully addressed by a range of organisations working closely together. Our new Homelessness Strategy will have an increased emphasis on preventing people becoming homeless in the first place as well as ensuring that they spend as little time as possible homeless and never experience it again."