They’re withholding the final instalment of their £9,000 minimum tuition fees

MA students at University of Manchester are withholding their final tuition fee payments until an agreement over compensation has been reached following the strikes organised by the UCU.

A Facebook group, "Last instalment withholding MA", has been organised and currently has 110 members. 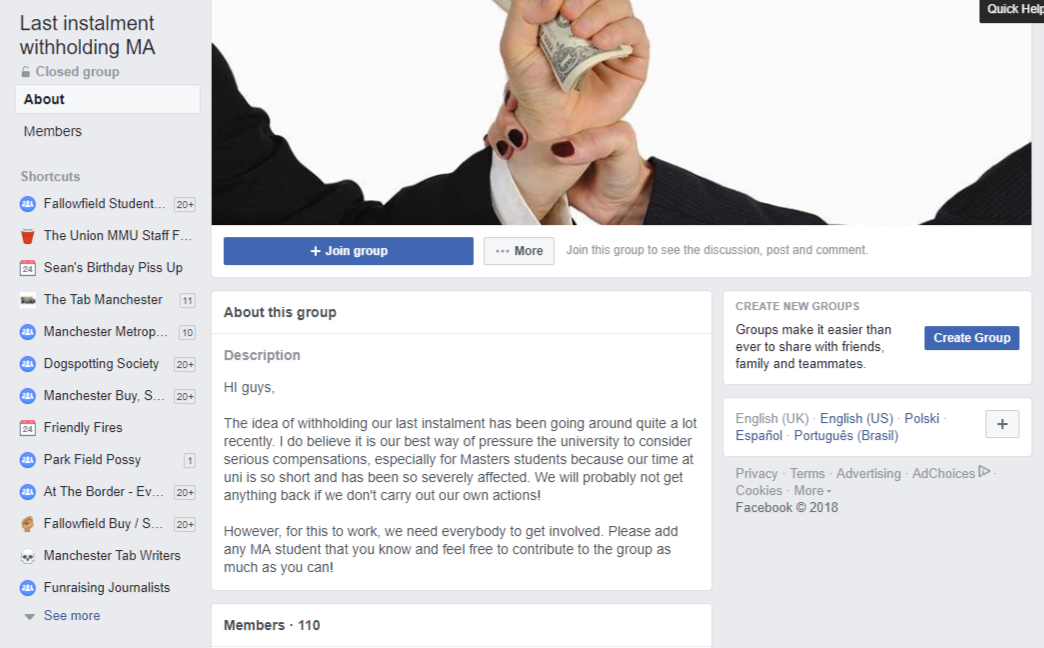 The group states: "The idea of withholding our last instalment has been going around quite a lot recently.

"It is our best way of pressuring the university to consider serious compensations, especially for Masters students because our time at uni is so short and has been so severely affected.

"We will probably not get anything back if we don't carry out our own actions!"

The students are threatening to withhold over £3,000 each of tuition fees, which is due to be paid directly out of their own bank accounts in May.

They are also following the formal complaints procedure, meaning compensation claims will be sent to the Office of the Independent Adjudicator. 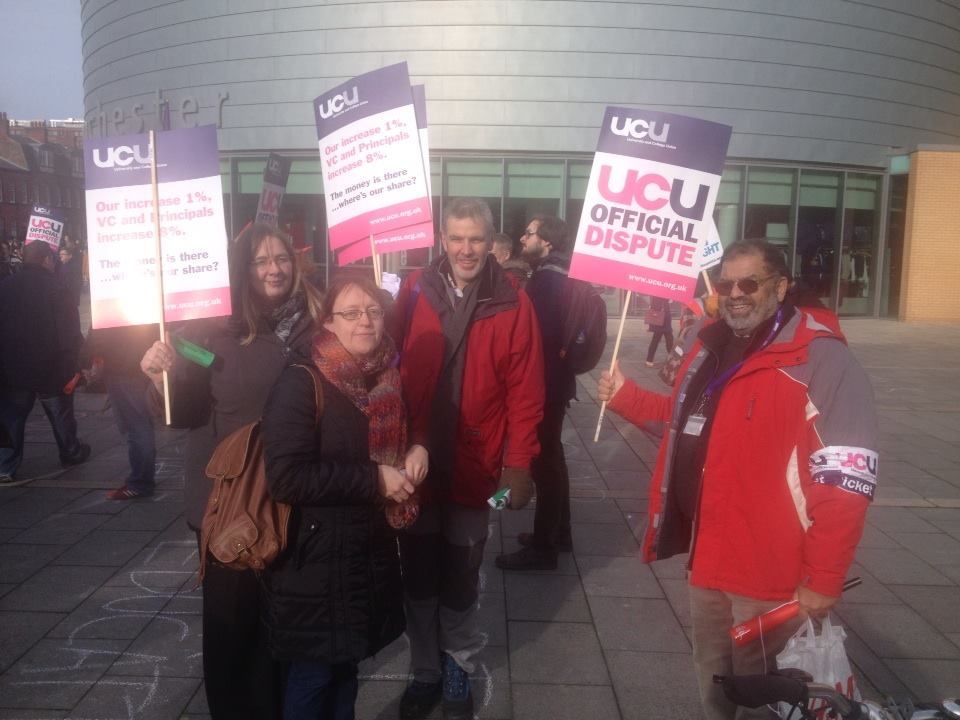 UoM’s Director of Communications & Marketing Michael Greenhalgh said that it would be "impossible" to calculate financial compensation for students.

He added: “Many students have requested reimbursement of their tuition fee based on lost teaching however the university will not reimburse individual students for specific elements of missed teaching and assessment.

"This is because we charge a composite fee for our courses – this means that the overall fee is made up of various different elements in addition to the face-to-face tuition which you receive. These include things like registration, examination fees, access to IT, use of the library, student support services (e.g. advice and guidance service, careers service, Students’ Union).

"University finances are calculated and aggregated at a school level and not at a degree programme level so it would be virtually impossible to calculate a refund for every course, for each year and for each student as the amount would be different in each case.”

It was also confirmed that an agreement has not yet been made between the UCU and the employers, meaning further strike action is likely.