Have you seen Steve?

In November 2017, UoM student Luke Miller posted on the Fallowfield Students Group (FSG) that his "male cow, black and white in colour" who was last seen "wearing a sparkly top" had been gone missing from his second year house on Birchfields Road. 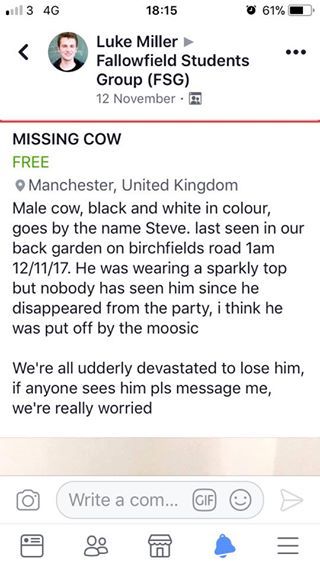 The cow, named Steve, "immediately became the star of the house, the keystone of its foundations" when he was introduced to Luke's housemates in September 2017. "He resided in our living room, and we always kept his outfit fresh", commented Luke, "he's donned sparkly tops, Calvin Klein boxers, baseball caps, Timberlands, and his favourite drink was Amstel." 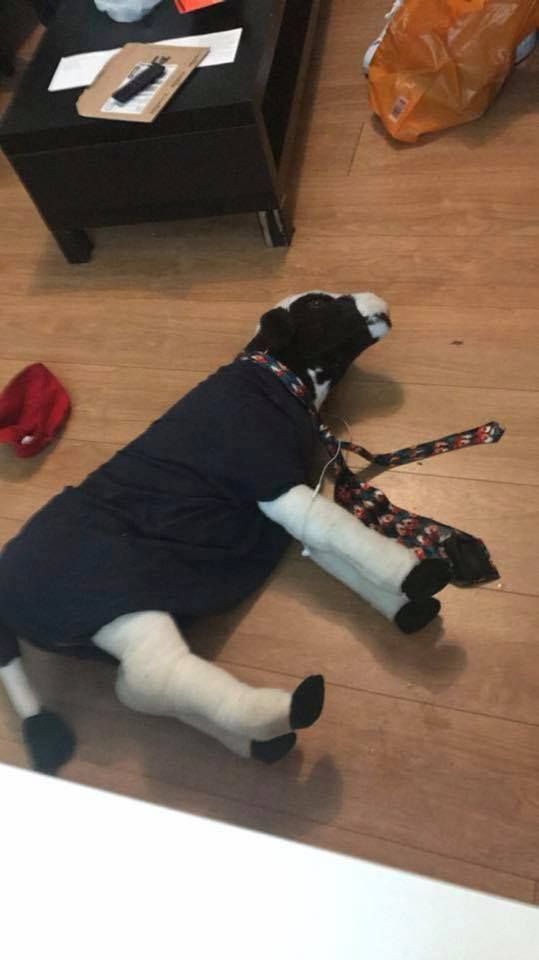 Luke and his housemates, Jake, Gez, Georgia, and Jack, hosted a party on November 11th to celebrate Luke's (along with his friends Dave's and Jess') birthday. "Steve was wearing his favourite sparkly top for the night" and, as more people arrived, "Steve was left to his own devices and nobody was able to look after him".

However, it was not until the group were cleaning up the following morning that they noticed Steve was not present. "As we cleaned up the house, Jack realised that Steve was missing. We went into panic mode as he was like a brother to us. We searched everywhere; the bathroom, cupboards, the garden, shed, bins… There was no sign of Steve."

They contacted as many people as they could from the night before, but with around 50 named guests plus many unknown plus-ones, it was almost impossible to know who had seen Steve last. "We frantically messaged the group chat and the investigations got under way. Accusations were being thrown about, nobody trusted anybody."

"We came to the conclusion that Steve had been kidnapped", Luke posted to the FSG, where many people engaged with the story of the stolen cow, but after a week, they had "lost all hope of Steve's safe return." 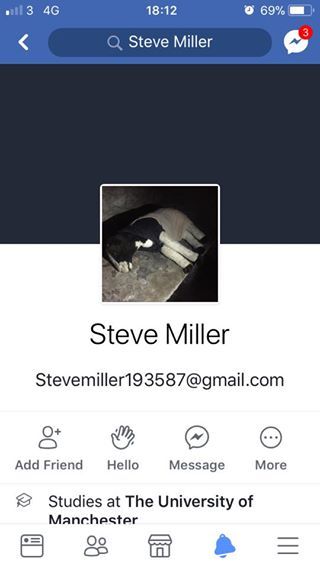 'Steve' tried to get in contact with Luke's housemate. 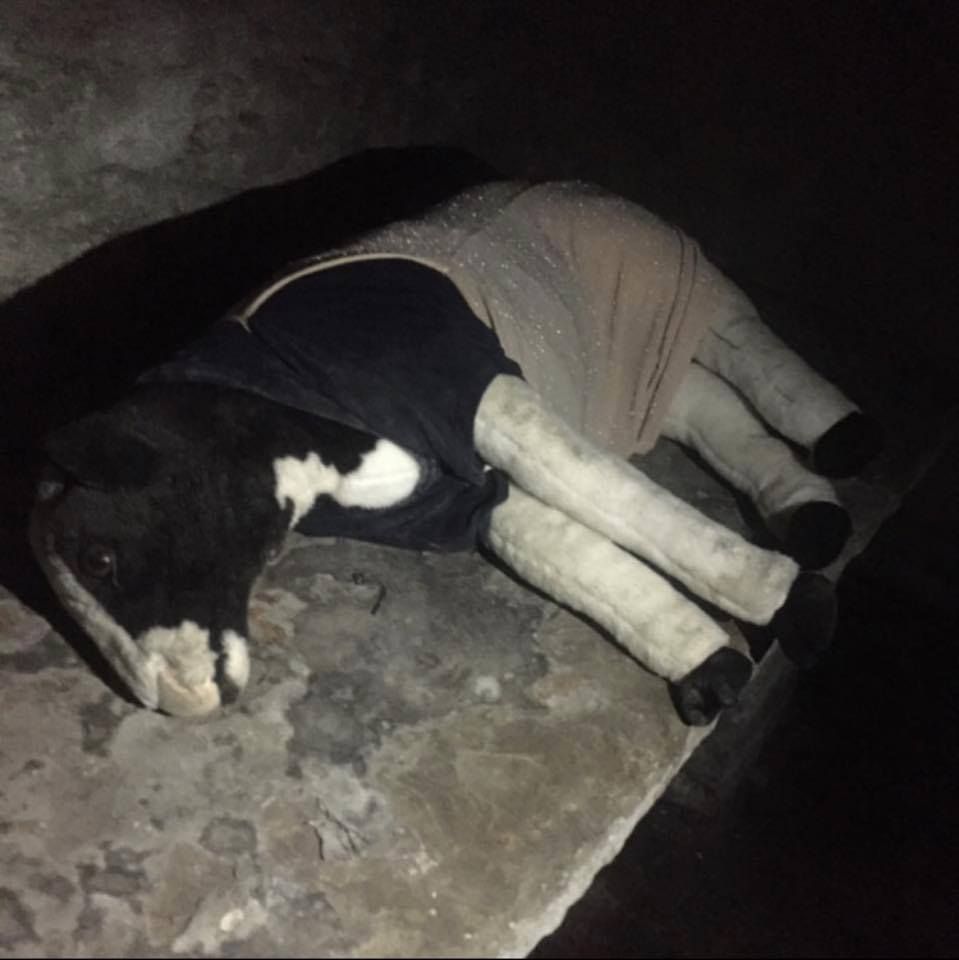 "Battered and bruised and dirty"

Luke and his flatmates quickly added the profile to their group chat with "a newfound hope" that Steve would be returned to them. They were held in suspense as Steve became active; "We waited in anticipation, and then 'Steve' read the messages."

But the response was not what they had hoped for. "He sent a photo of Steve in an oven but made no demands for negotiation. That's all we saw." 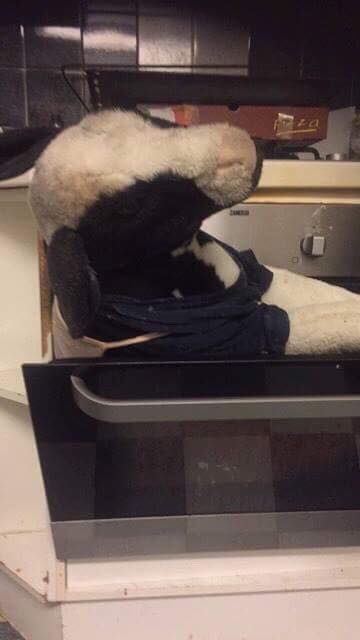 To this point, Luke and his friends are still "none the wiser" about who took Steve, who is holding him hostage, and most importantly, why? In Luke's plea, he comments that his cow friend is "absolutely loved by everyone" and "such a good lad". Another of Steve's housemates, Jake, declared that "Steve was a brother from another moo-ther", and that kind of love cannot be replaced. 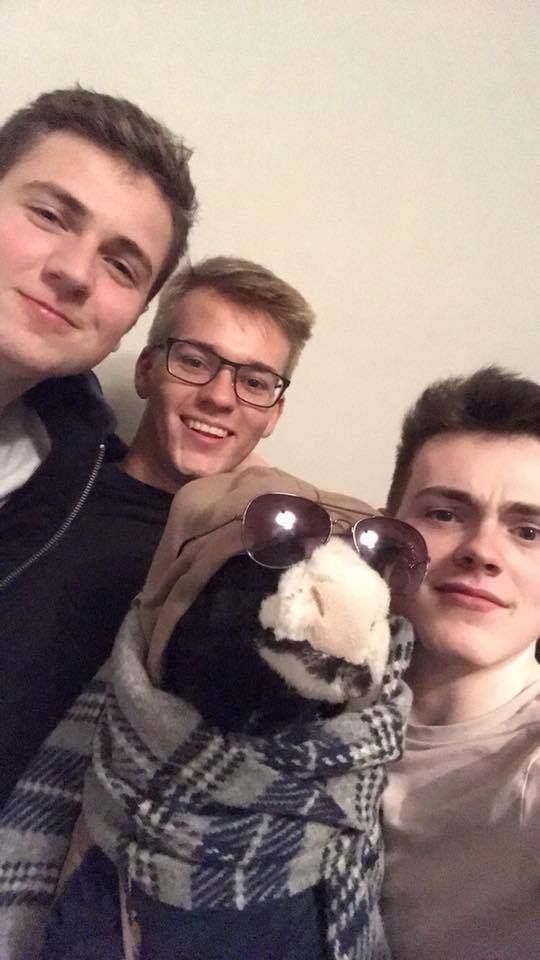 "A brother from another moo-ther" – Jake misses his flat mate, but more importantly, his friend.

"We need to get the word out. If anyone recognises that cellar and oven, we need that info."

If you have any information regarding the whereabouts of Steve, please do not hesitate to contact us at The Tab Manchester.