Whether you decided that sacrificing comfort was worth having a few extra quid for the sesh, you applied for Richmond Park and didn't get in, or you're a firm believer in the fact that you've not done student life properly if you're not living in absolute squalor, students living in Oak House are bound together by an immense sense of pride for their crumbling accommodation.

It is a pride that will stick with us for the rest of our lives and will cause us to weep on the day we receive the inevitable news that our once home has been demolished and replaced with a swanky new block of apartments that actually have hot water. Our experience in halls is a unique one, and we'll probably still be reminiscing about the time the kitchen door handle fell off, locking us inside for an unimaginable six hours, when we can't remember our own names.

Here's a list of things you will only experience if you are a resident of Oak House.

You will become best mates with the maintenance team

They will become more like a flatmate than that mysterious guy in room 26 who only ever leaves his room to cook excessive amounts of pasta. You will use up an entire box of teabags on them. You will know their names are Mike and John from Stockport; that Mike's going through a divorce and that last week John's daughter lost her first tooth.

You will give each other that knowing look as they cross the threshold for the 36th time this week. "Yeah, my cupboard door fell off again, and the fridge still thinks it's a freezer, and the microwave exploded last night when Katie was cooking a pot noodle." 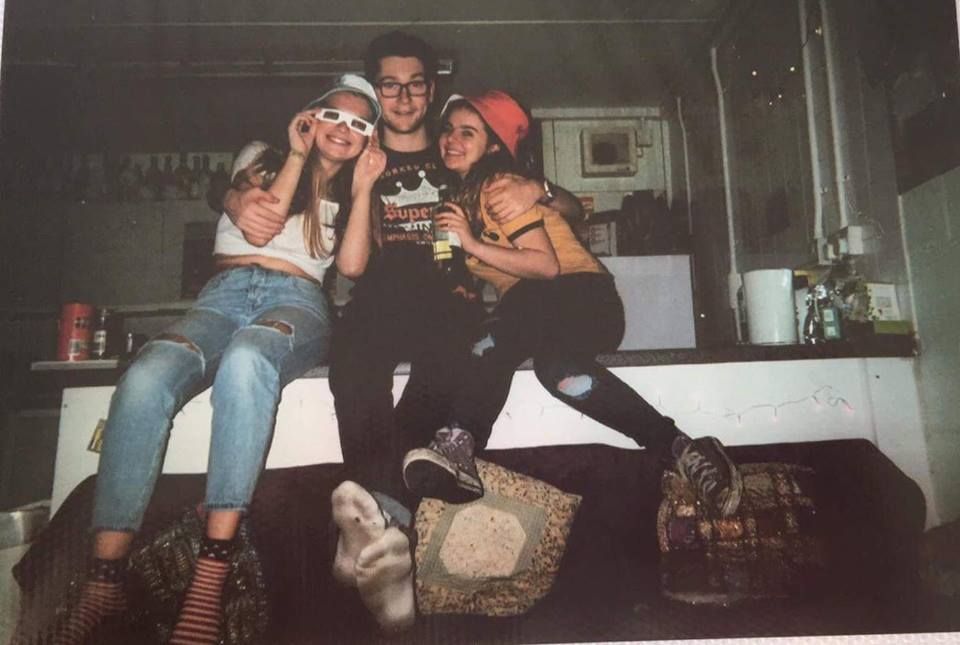 You will stare in horror at the peeling green paint on the concrete walls and resist the urge to vomit as you become aware of the scent of fags and despair. You will wrack your brains trying to recall what horrendous thing you did the night before to warrant such a punishment. "Did I punch Justine because she spilt her vodka and lemonade on me?", "Did I get frogmarched out of Antwerp for crowd surfing and end up crying in a ditch in the middle of Rusholme?", "Did a policeman see me stealing that traffic cone?"

Gradually, your eyes begin to focus and notice the Stone Roses poster that you taped to the ceiling to try and cover up that bit of mould that Mike and John haven't yet gotten around to doing anything about. This is not a prison cell, this is your bedroom. 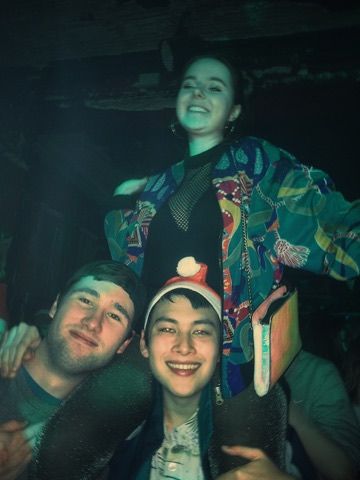 You will become unwillingly nocturnal

You probably won't be able to make it to any lecture before 1pm because the walls are so thin that you will be able to hear that really annoying flat three blocks down who like to have Oasis' Greatest Hits on repeat with the windows open until six in the morning.

You will constantly think that there are people having a party in your kitchen, only to realise that the noise is just the girl in the flat next door watching Peep Show at a moderately average volume. And if you so much as whisper after 11pm on a weeknight then Reslife will come storming into your flat and demand you quieten the racket because someone in Owen's Park has got a test the following morning and you're keeping them awake. 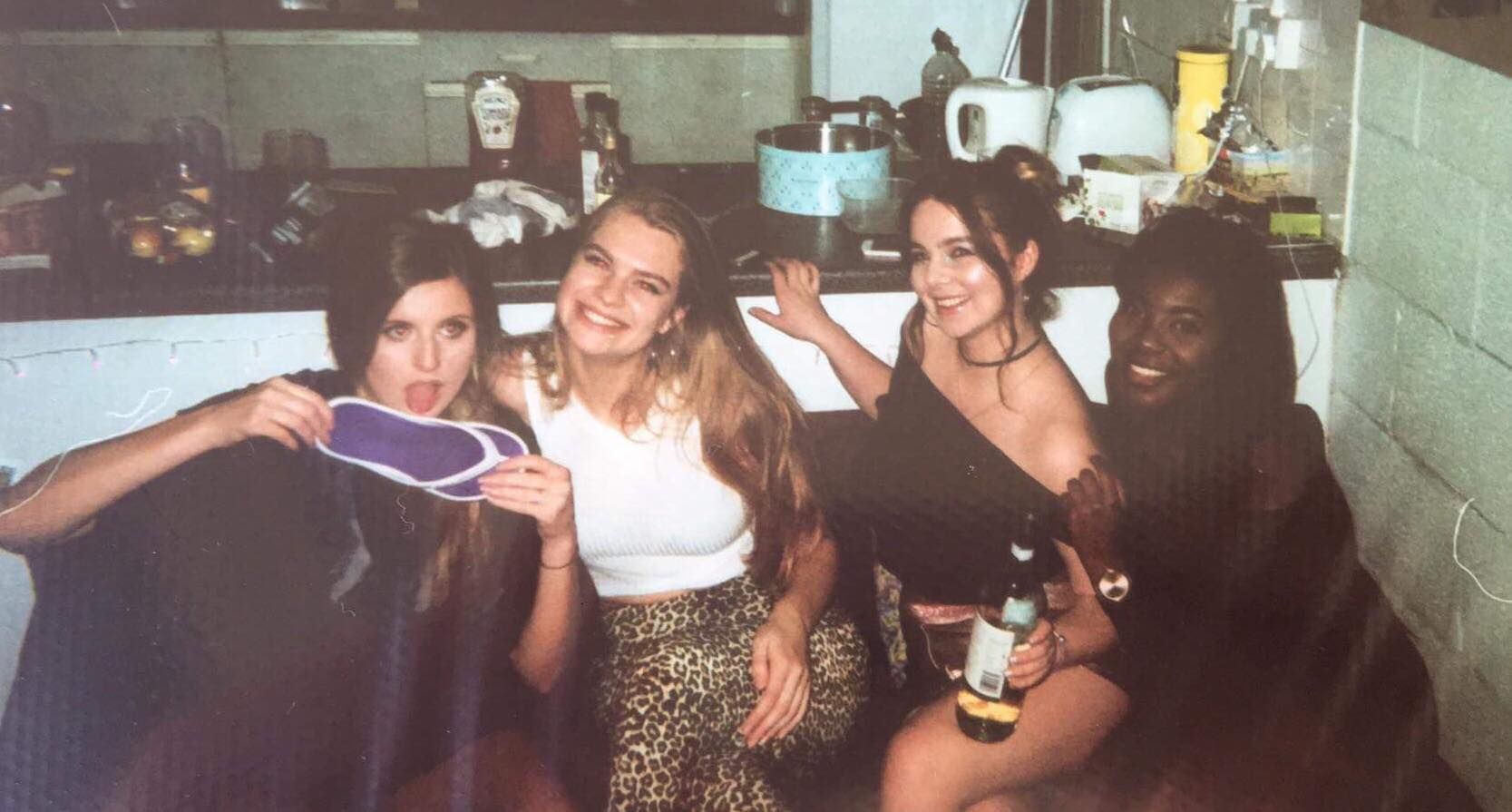 You will develop a deep and irrational hatred for your cleaner

"All Maureen does is stack the chairs. I don't even want the chairs to be stacked. I want to sit on the chairs." You will use her as a scapegoat for everything that goes missing in the flat, because you don't want to admit to yourself that it was probably the flatmate that you really fancy that stole your cheese.

You will blame the cleaner entirely for your uninhabitable living conditions, even though it is impossible for her to scrub any of the surfaces because they are completely littered with bottles of cheap Tesco wine and half used tins of beans.

You will convince yourself that the reason the bin has been overflowing onto the floor for the past four days, creating a sea of beer cans, is that Maureen didn't give you any replacement bin bags. You can buy yourself 100 bin bags for a pound at Tesco, I just checked.

And you will definitely blame her for the fact that your bedroom smells like poo, despite the fact that contractually, she isn't allowed anywhere near your room. 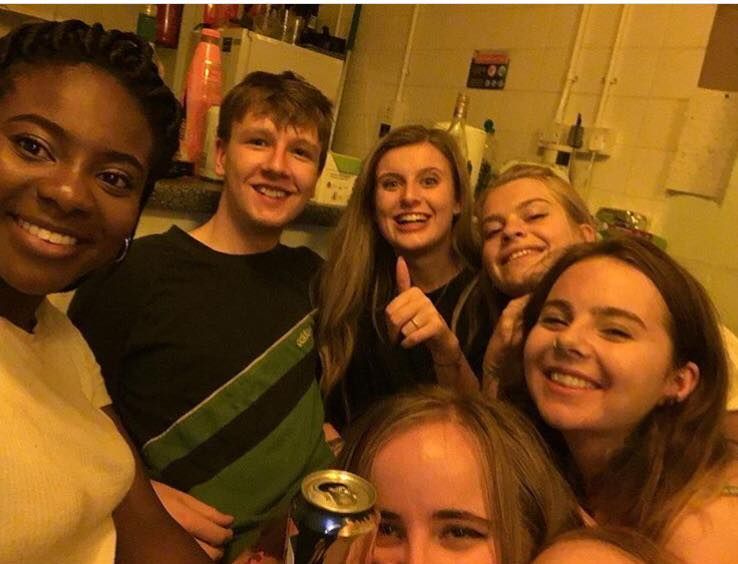 Nobody knows where they come from. Nobody knows what they want. But as soon as one fly skates past your nose and lands itself in your tea, you know that within an hour they will be swarming. Soon they're on your toothbrush, in your soup, up your sleeve. If you stay in the kitchen for more than 20 minutes you will have inadvertently eaten enough flies to satisfy your appetite for a month. Suddenly, the kitchen is spotless.

Every enticing drop of beer and smear of jam have been madly wiped away by your once slobbish flatmates whom, after spotting their first fly, have become really interested in doing the washing up. There will be fly traps hanging from every ceiling, like a set of bizarre party decorations. But the flies will still be there, lurking in the fruit bowl or sheltering in the cupboard under the sink. Once the flies arrive, they will never leave. 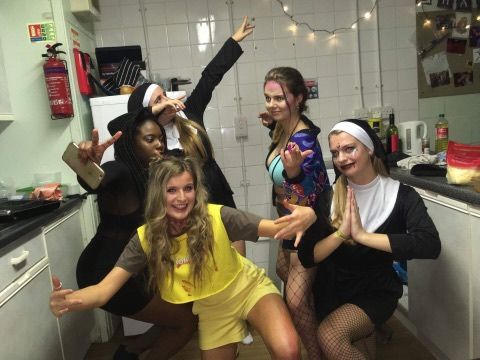 You come laden with suitcases in the hope that they might let you stay for a few nights. You are forced to wear your sunglasses glued to your face to combat the glare of the brilliant white walls. You run barefoot across the wooden floor, amazed at how it isn't sticky with the feel of stale beer. You request to go to the toilet at every possible occasion and marvel at the wonder of having a bathroom entirely to yourself – and not only that but a bathroom that doesn't have Lambrini flavoured vomit staining the walls.

You resist the urge to steal all of their fancy soaps and shower gels, forgetting for a moment that you aren't in a five star hotel. And you watch them try their hardest not to gag when you suggest they come for a cup of tea at your flat – because they've heard too many stories about the flies and the vomit and the despair. 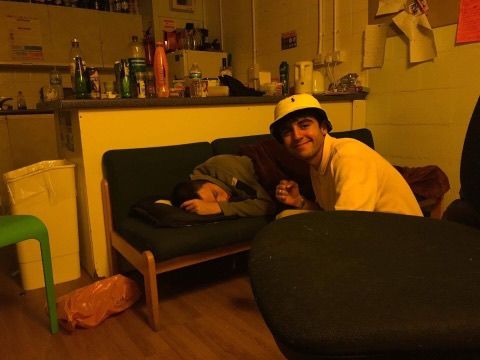 You will accept literally any student house for your second year

The estate agent will show you around an actual wheelie bin and you will be over the moon with it. "Only £80 a week for this? And it's even got a roof!" You will marvel at the thought of having access to things you took completely for granted for the first 18 years of your life.

A TV licence that will allow you to watch excessive amounts of reality TV shows that you were never really interested in when you were living at home but which now sound like unimaginable pleasure. A bed that is big enough to fit your whole body on – you imagine a night's sleep that doesn't involve falling out of bed and on to your vomit stained carpet and practically throw your deposit at the estate agent. And your own washing machine – so that you no longer have to drag a bin bag full of dirty laundry all the way to Squirrels, only to find that three of the washing machines are broken, you have no money on your laundry card and there are 376 people also waiting in the queue. 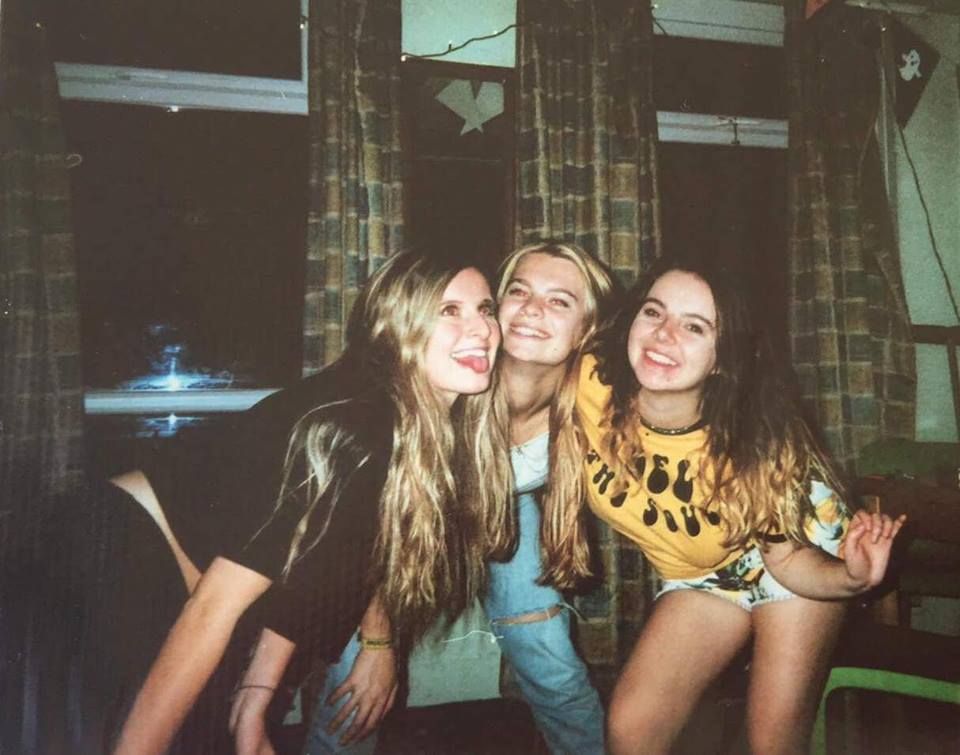 You will blame the fact that you've had a cold since the moment you stepped over the Oak House threshold on the slight possibility that there is damp in one corner of the kitchen, completely disregarding the fact that you have been living on a diet of Aldi's 15p spaghetti hoops, K cider and out of date bread since your arrival, you have had a total of three hours sleep in the past fortnight and you only ever leave your room to go to the one lecture a week that has a moderately attractive lecturer. 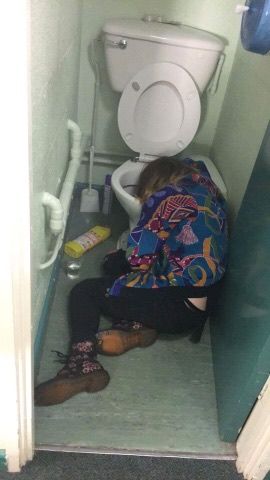 Richmond Parkers may be able to afford fancy disco lights, but you can't beat sticking a Sainsbury's carrier bag over the light bulbs to create a nice bit of "ambient lighting". When it comes to Christmas, who needs tinsel when you can just hang a bit of loo roll across the ceiling, and as for the tree itself; sellotape a bottle of cava to the top of a traffic cone and then craft the Star of Bethlehem out of a post-it note. 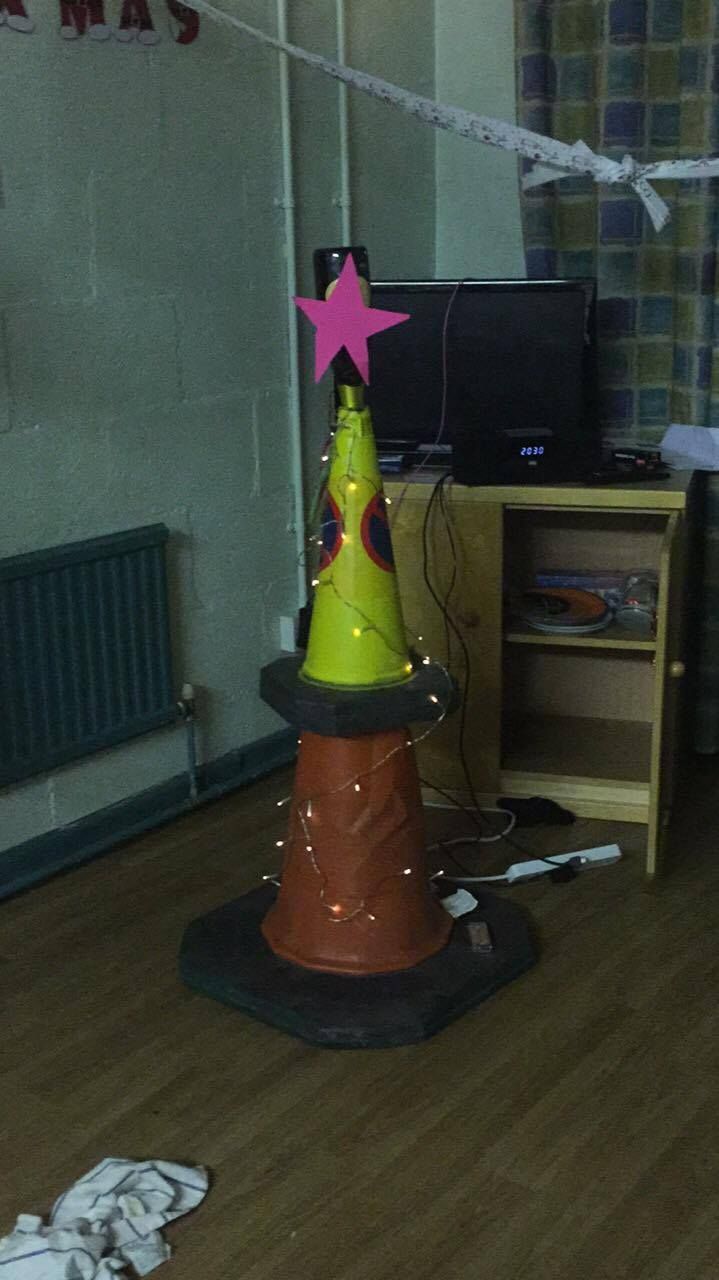 It may be less luxurious than most squats, but you couldn't imagine living anywhere else. 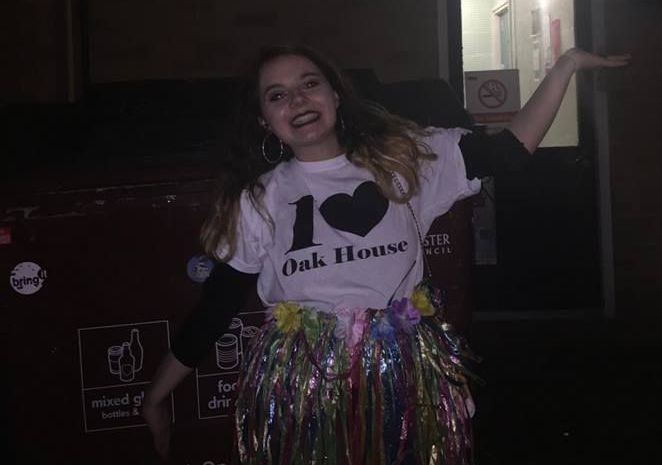