Battleground Withington: A Manchester student’s comprehensive guide to the election

Even if you’re a keen voter you’d be well within your rights to feel like you’d had your servings of elections. In the last year or so, you’ve had the opportunity to vote for your local MP, your local councillor (three times) and whether you want to remain or leave the European Union. Nationally, we’ve had countless council by-elections, 11 Parliamentary by-elections including one that was cancelled, not one, but two Labour leadership contests (with the same result both times), a Tory, Green, Lib Dem and (four) UKIP leadership contests, a new Prime Minister, and recently a whole set of Mayoral elections… *breathes*

And now… three years early, and in June, not May, we’re having another general election, and with reports of ‘thugs in balaclavas’ taking things into their own hands, we speak to (some of) the candidates vying for your vote on Thursday… 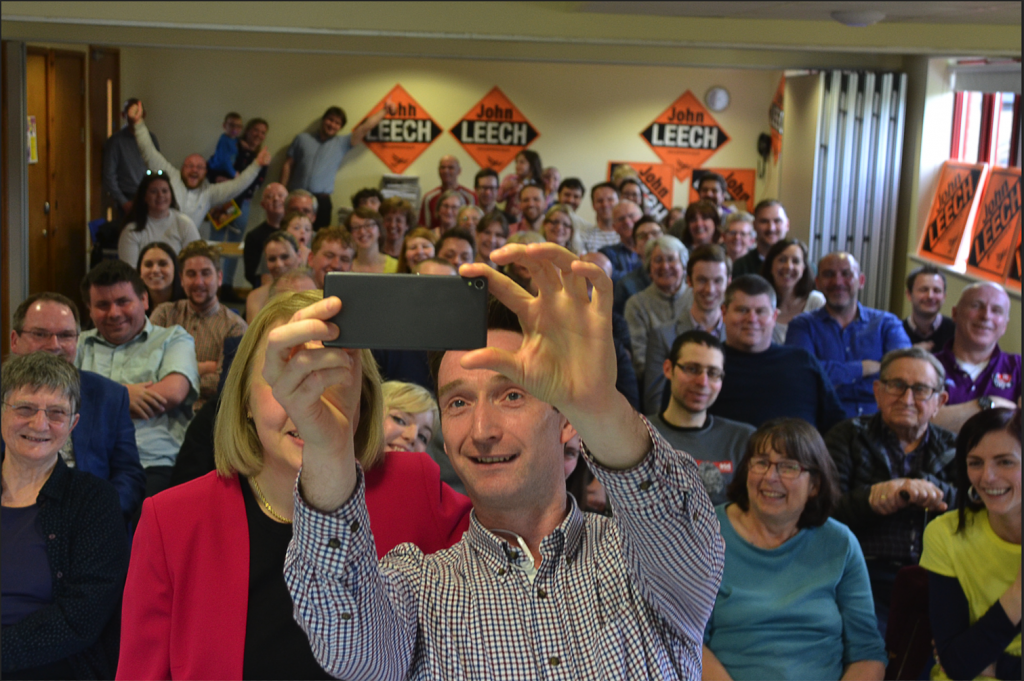 Look how cool he is taking selfies.

John Leech, the man famed for delivering leaflets and knocking on doors in ‘trackies and a City top’, is re-standing after losing his seat two years ago despite nearly three decades as a local councillor and MP. As well as being renown for his excellent local record, he topped the poll for being a frequent rebel – voting against the coalition agreement, tuition fees and bedroom tax to name a few. This year, he said that young people and students are ‘at the heart’ of his campaign; potentially the most important policy for us is that he wants to keep our right to take part in Erasmus scheme, with a pledge to fight against a hard Brexit. He said it would be ‘deeply unfair to deprive future generations of the most wonderful and character building experience.’ 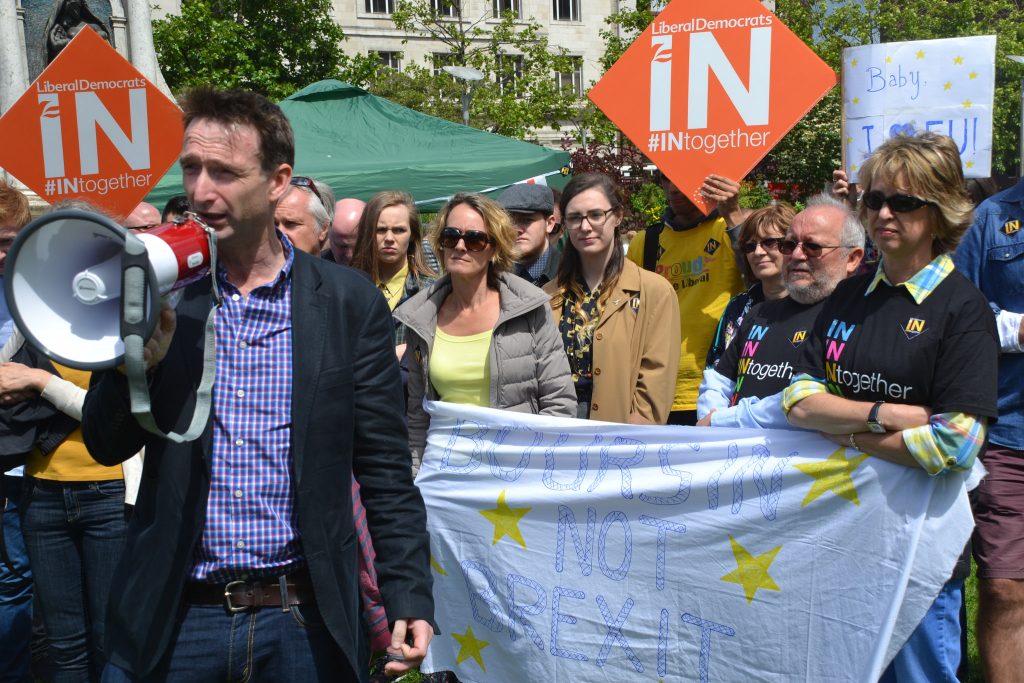 Aside from their well-established pro-European stance, the Liberal Democrats are pushing for a ‘cradle-to-grave’ education system, ensuring all teaching staff have the training to identify mental health issues and provide immediate access to pupil support and counselling, will reinstate EMA and maintenance grants to ensure that people from disadvantaged backgrounds have a better chance of getting to university and reintroduce NHS bursaries. Leech also believes that your first degree should be completely free and remains firmly in his opposition to tuition fees.

Now I wouldn’t want to make any assumptions about your lifestyle, but just fyi, the Liberal Democrats have said they will legalise weed. I’m sure there’s loads of scientific evidence behind it all but the bottom line is that they’ve always been in favour of legalising it, and now it’s officially in their manifesto, so I’ll just leave that one there for you.

If you’re part of the 75% of south Manchester that voted to remain, the Liberal Democrats are probably the party for you. Or, if you just love John Leech, which some people clearly really do… 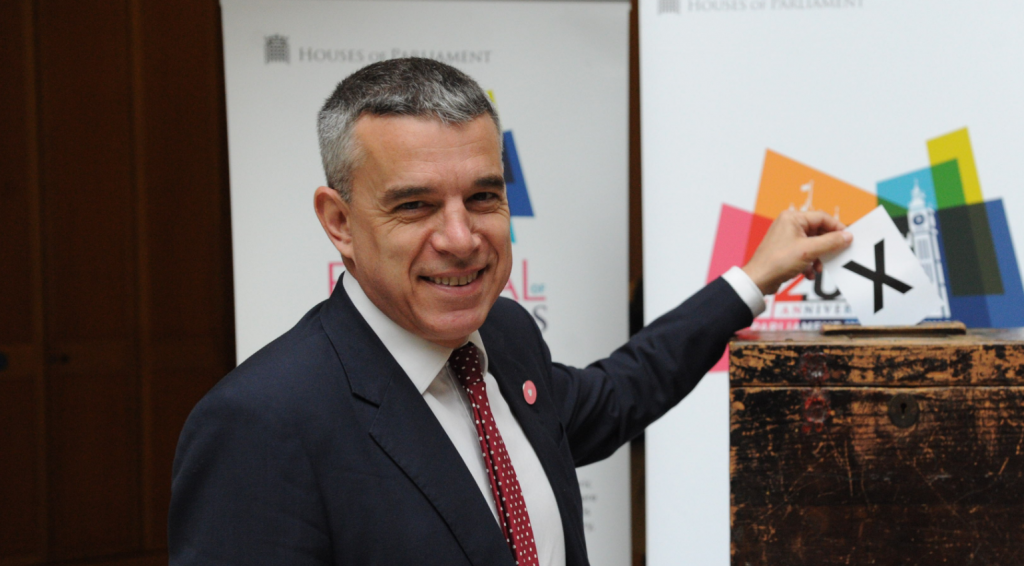 Jeff Smith went to university in Manchester and is a former DJ and Manchester councillor. He gained Manchester Withington from John Leech in 2015 amid a country-wide collapse in Liberal Democrat support. He was quickly promoted to Deputy Whip for the Labour party, but admitted in a letter to constituents that his party had “let the Conservatives off the hook time and again.” He later declared that “if asked if he had confidence in the leader [of his party], his honest answer would be no”. 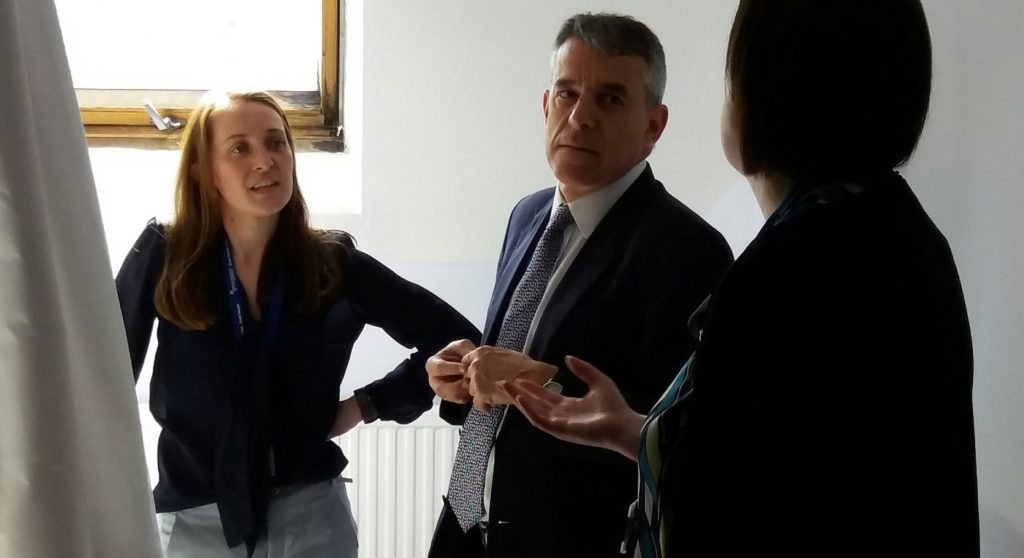 Jeff said that “students have been the target for cuts” under many governments and Labour will make them a priority for investment. He said the party will raise the minimum wage to £10 an hour by 2020 and ensure that all workers, whether full or part-time, have the same rights. They want to ensure that there are enough a high-quality jobs in the future to ensure that it pays to go to university.

On Brexit, Labour is a little blurry; while Jeff says he campaigned for remain, he was part of the team that issued a three-line whip – the strongest of any Parliamentary order – to vote in favour of triggering Article 50, and has a slightly patchy record on things like guaranteeing EU citizens right to stay.

The big winner
Well then, Labour brought out the big guns just a few weeks ago when they promised to completely scrap tuition fees… yes, completely. (Best not to mention that it was them that first introduced and then tripled them after promising not to though.)

Though, we don’t suppose it matters too much what Labour promise because they are so confident of holding their seat here that they have been asking activists to go to key seats like Bury and Oldham instead, with one source telling the MEN that “Withington is no longer a problem, it should be absolutely fine.”

Laura Bannister has lived in Manchester for ten years, and currently lives in Fallowfield. She works for Mind in Tameside, supporting local people with mental health problems and learning disabilities through community gardening. She is fighting for decent local services and facilities, better housing, cheap and reliable public transport, affordable energy bills, and an end to the high levels of poverty and deprivation.

The Greens are going even one step further than Labour, with a pledge to scrap tuition fees and write off all existing student loan debts – again questions re: how to pay for that though. 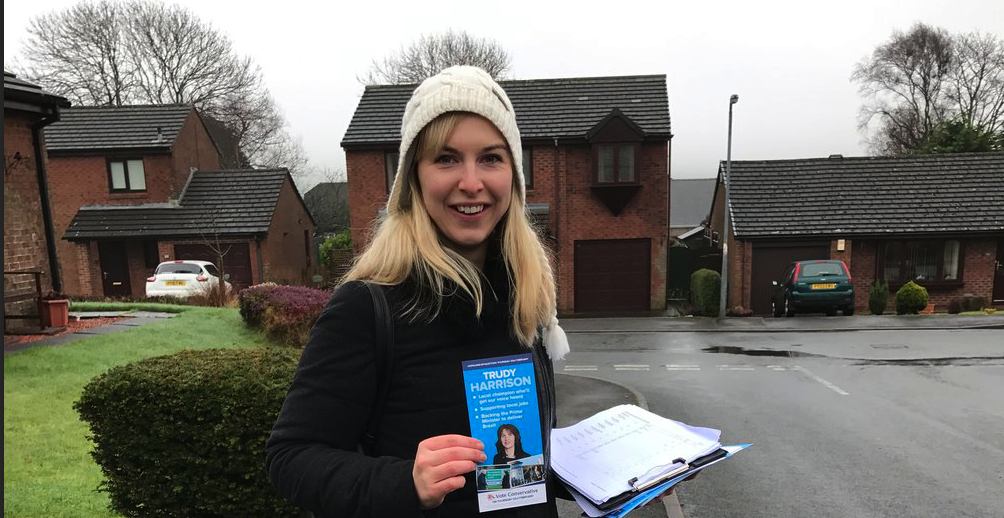 Candidate: Sarah Heald – the local choice from Exeter – is flying the flag for the Conservatives. In the picture above she is campaigning for Trudy Harrison… in Copeland.

She is a business and finance leader and currently a Director at FTSE 250-listed Pennon Group (the owners of Viridor, South West Water and Bournemouth Water). She has a First Class Honours degree from University College London (UCL) in Social and Political Studies with French, including one year at the French University Sciences-Po in Paris.

As opposed to the above parties, Conservatives want to remove the cap on tuition fees and include students in migration figures.

They have a proper strong and stable leader init.

Unfortunately, Sarah also didn’t take the opportunity to answer our questions, but by the looks of this CCTV, we got off lightly…

@MENnewsdesk Tory candidate for Manchester @sarah_heald slams @FRANCE24 reporter's ? away whilst being asked about increase in hate crimes. pic.twitter.com/hEutIkQvYX 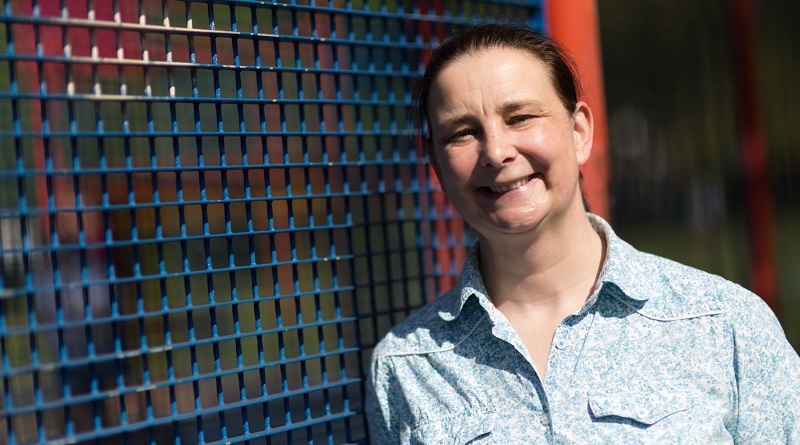 Sally Carr is a former Labour candidate originally from Hyde. She ran a youth development programme for the NHS before founding the Proud Trust, a charity which supports LGBT+ youth in the North-West, for which she was awarded an MBE.

In the coming months the Women’s Equality Party plan to launch a student branch which will work with Manchester’s student groups to involve students in their campaigning on gender equality focussing on education and career guidance, equal pay, equal representation and student safety. They want to enforce all companies with more than 50 employees to report on their gender pay gap.

The Women’s Equality Party has pledged to invest in our social and physical infrastructure, building homes, not houses, restoring our education, healthcare and social care systems.

There’s no UKIP candidate this time, so, you know, silver linings and all that.

So there you have it, who will you be voting for on Thursday?