59 people are confirmed as injured

A suicide attack at the Manchester Arena has killed 22 people, including children. Police say 59 people are confirmed injured from the explosion.

It happened at around 10:33pm on Monday 22nd May at the end of an Ariana Grande concert. Greater Manchester Police said it was caused by a lone male attacker who detonated an improvised explosive device and died in the attack. It happened in the foyer, despite reports that it occurred outside the venue.

Panicking at Victoria Station after @ArianaGrande concert. Hope everyone is all safe and well. pic.twitter.com/6Q5WNXFkFO

There was a second, controlled explosion outside the arena in Cathedral Gardens at around 01:32am, but Greater Manchester Police said this was precautionary, and that it was found to be abandoned clothing, not a suspicious item.

Chief Constable Ian Hopkins described it as “the most horrific incident they have faced in Greater Manchester”, confirming that the death toll had risen to 22, including children. A further 59 are injured. He said that the police were treating it as a terrorist incident until they have more information.

He added that there was now a “fast moving investigation” into the incident to determine if the attacker “was acting alone or as part of a network”. 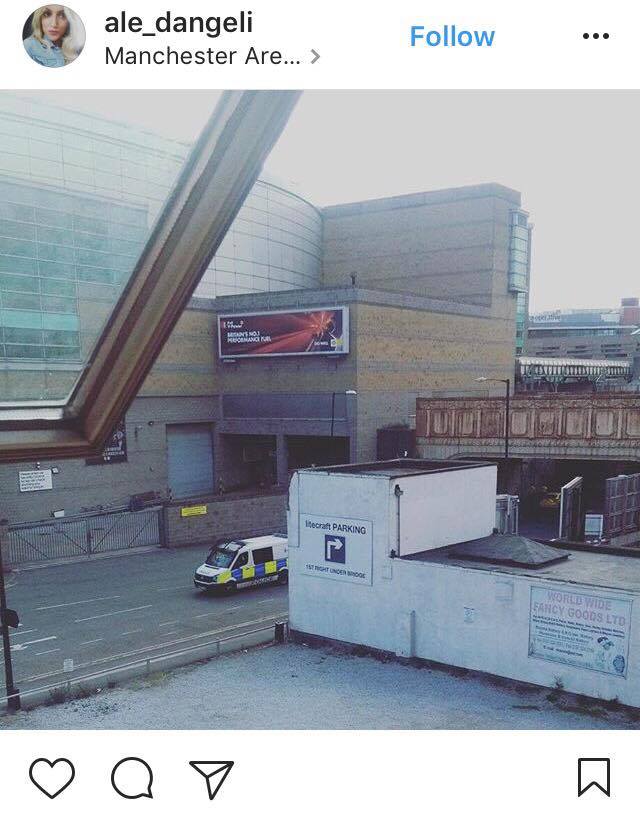 Prime Minister Theresa May said that “police were treating it as an appalling terrorist attack”. If this is confirmed, it will be the worst act of terror since the July 2005 London bombings where 56 people died. The Prime Minister is due to hold an emergency Cobra committee meeting at 9am to discuss the incident and subsequent security concerns.

Jeremy Corbyn tweeted to say he was “horrified by the horrendous events in Manchester last night”, stating that he had agreed with the Prime Minister that “all national campaigning in the general election will be suspended until further notice”.

I am horrified by the horrendous events in Manchester. My thoughts are with families and friends of those who have died and been injured. pic.twitter.com/QoCXH8qPYW

There is now an emergency telephone number for worried families and loved ones to call in response to the attack – 0161 856 9400.

Meanwhile, security has been stepped up around Manchester including Piccadilly Station and Old Trafford, where police patrols have been spotted. Victoria Station remains closed and all trains to and from the station on Tuesday have been cancelled. Road blocks are in place and cars are being diverted around the station and Manchester Arena.

Ariana Grande tweeted to say she was “broken. from the bottom of my heart. i am so so sorry. i don’t have words.”

broken.
from the bottom of my heart, i am so so sorry. i don't have words.

#RoomForManchester began trending on Twitter last night as locals offered free lifts and rooms to those stranded following the attack. Andy Burnham, the Mayor of Greater Manchester, praised the people of Manchester for doing all they can to help, stating that the attack was “an evil act” and that Manchester is “grieving, but we are strong”.

#roomformanchester. Anyone needing help or a place to stay tonight we are 10 minutes walk from the Manchester arena. Spare room and 2 sofas

When will they ever learn:

Totally sick of knowing what happened at Manchester during #arianagrande #concert // I am so sad for these victims, most of them are children// @arianagrande I am sure your show was amazing. #rip

Meanwhile, Manchester City Council tweeted: “Despite the appalling events at the Mcr Arena last night, the city is open for business. Those people trying to sow fear will not succeed.”

There also posts on social media urging people in Manchester to donate blood this morning – you can find your nearest blood donor centre here.

The University of Manchester Student Union is holding a vigil tonight at University Place on Oxford Road from 6pm to 8pm, to allow “student and citizens to pay their respects”. 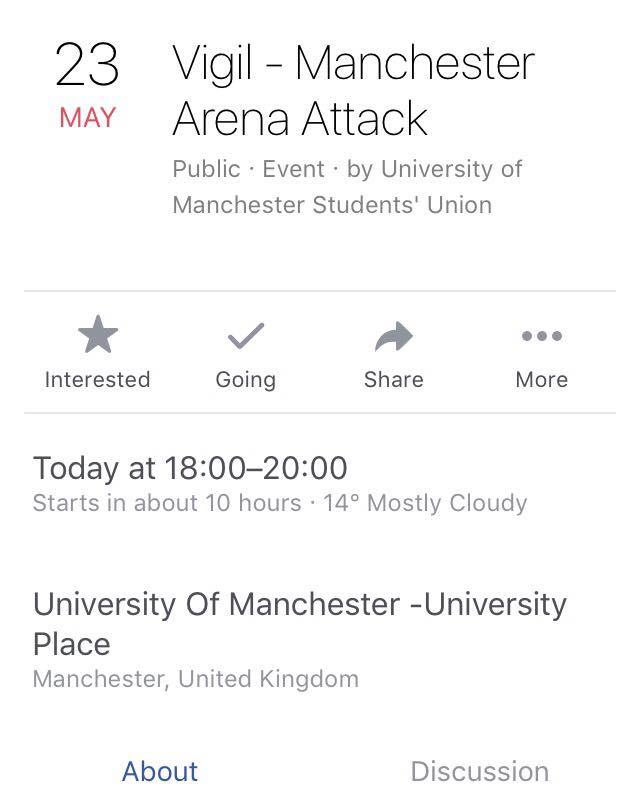