Greater Manchester Police have confirmed that there have been ‘a number of fatalities and others injured’ at the reported explosion near MEN Arena. It is unclear whether the fatalities were caused by an explosion or as a large number of people left the arena. 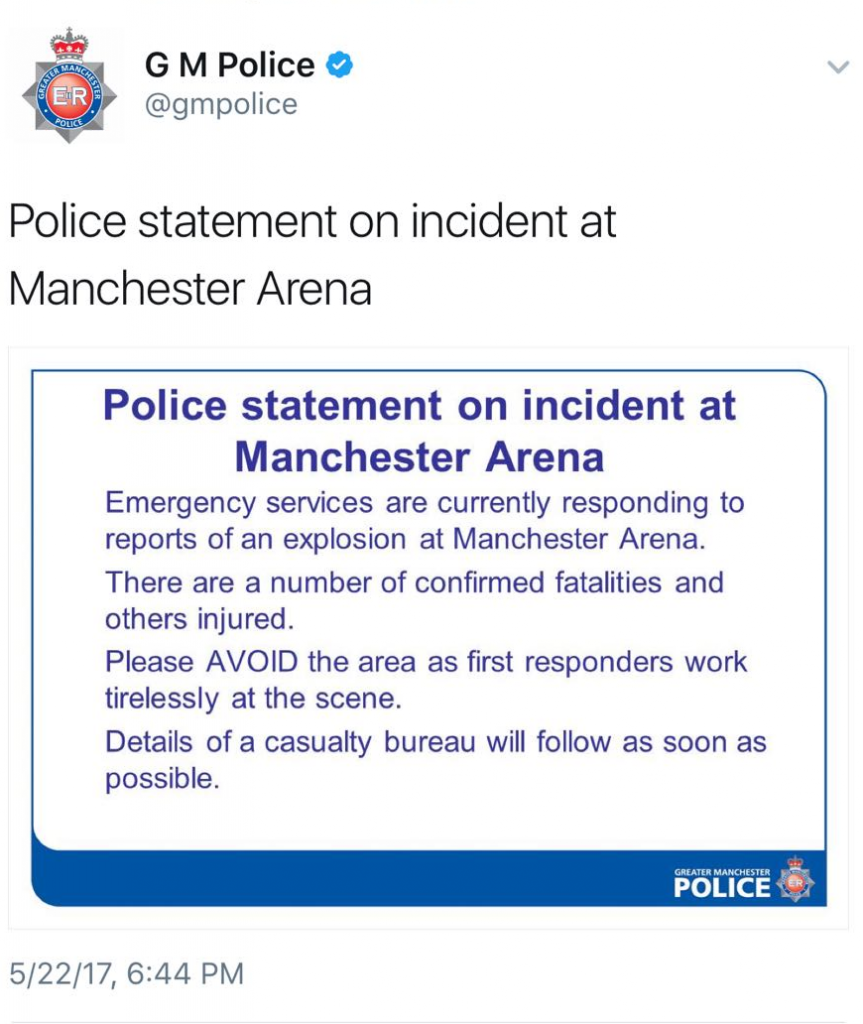 Police are urging people to avoid the area until further notice. It is unclear as to whether the alleged explosion was an accident, but police are labelling it as a “major incident” following the fatalities. 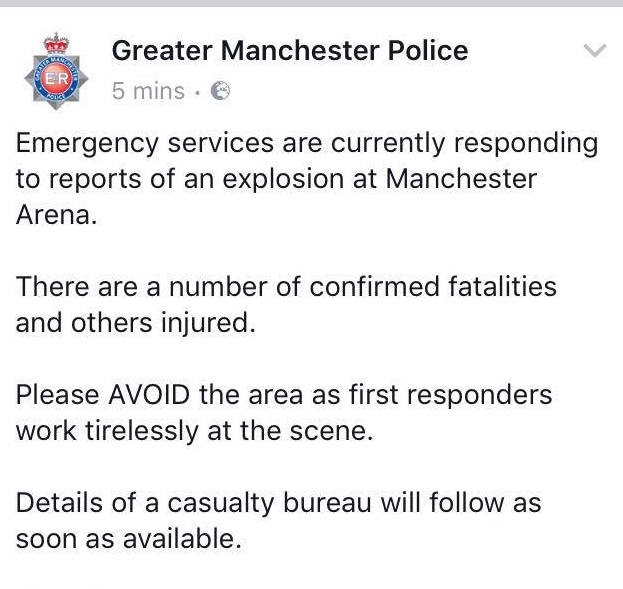 An eyewitness speaking to BBC reported twenty to thirty people had been injured.