The best places in Manchester you never knew existed

Time to branch out from Fallow

For the majority of Manchester students, the city consists of Fallowfield, Piccadilly Gardens and maybe even the Northern Quarter if we’re really branching out. Let’s admit it, we’re lazy. A trip to the Arndale will suffice as a day out and browsing Selfridges as an expedition. Often you’ll hear, “I feel like I haven’t seen any of Manchester”, dulled down by the notion that if you venture into Moss side, even Salford, and any other part of the city, you’ll be brutally murdered. I’m not saying you should go around brandishing all your finery in these areas, because to be honest, you will get mugged, but the less investigated parts of the city carry a surprisingly rich history. 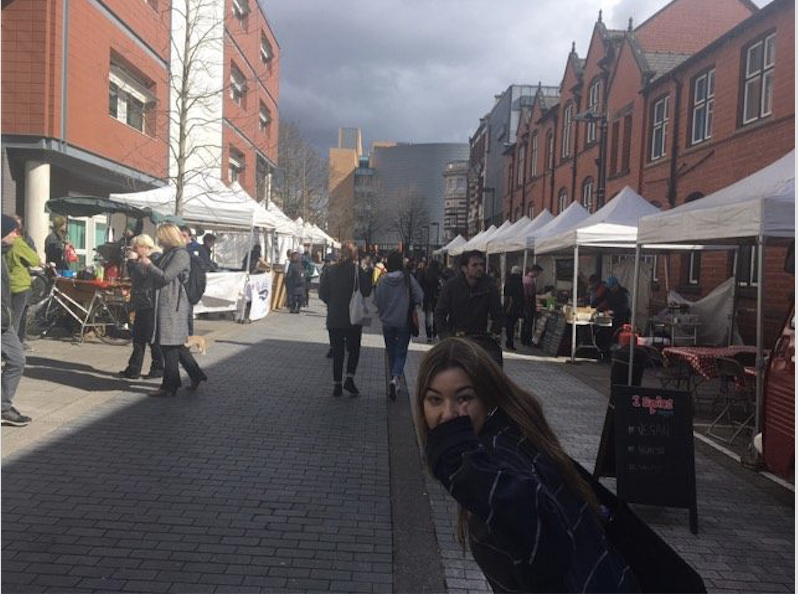 Although only launched in 2013, Levelnshume market has become a predominant feature of the South Manchester community. Priding itself on having over 40 stalls selling produce, street food, plants, gifts, vintage clothing and homeware, the market has something to tickle everyone’s fancy. However, it’s not just all cute trinkets and gourmet burgers, it plays a big role within the wider community. The market, which was formed as a social enterprise, has been raising funds using stallholders’ pitch fees. As a result they were able to launch a market fund at the start of 2015, which so far has awarded £15,000 worth of grants to people, who want to make a difference to Levelnshume high street. The market also works closely with Women’s Voices, a group composed mostly of asylum seekers coming from countries in conflict, and has given them a grant to trade at the market for free for three months, with the aim to put them in a position to become established traders.

The market is on from 10am – 4pm every Saturday, with a night market on the third Friday of every month, so if the mother ever comes up to visit, you’ll have more to show her than a dingy bedroom.

A few of the Levelnshume stalls also come to UoM just opposite Uni Place from 10am – 4pm every Tuesday. 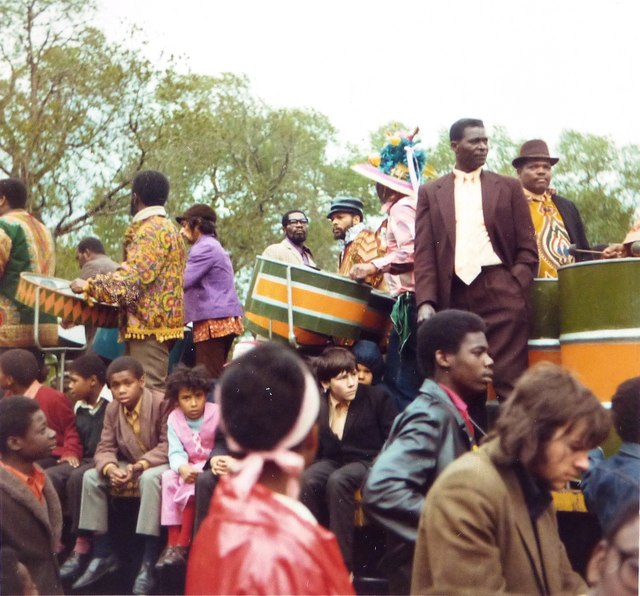 A place which used to see more police than pedestrians, the words Moss Side are enough to send a Manchester newbie running straight back to the safety of Oxford Road. This notorious area however, over the past few years has turned over quite a few new leaves. In doing so, Moss Side is now the host of the 45 year old Caribbean Carnival of Manchester, the North-West’s largest celebration of Caribbean music and carnival arts. If you happen to be in Manchester on August 12th and/or 13th, go and get your carnival on.

Of course road works had to feature, wouldn’t be Manchester without them

A bit closer to home, but an undiscovered wonder all the same. If you’re tired of being made bankrupt by Fallow and that vegetarian cafe near MMU, Koffee Pot, at its new spot on Oldham St, (my family and I had simultaneous heart attacks when we thought it closed down), is the place for you. The fact prices equal that of a grubby greasy spoon, for the best breakfast and brunch in Manchester, couldn’t be more of a reason for you to try this place. With the cheapest food and cocktails in the Northern Quarter, you’ll leave the Koffee Pot with a near full wallet, an even fuller stomach and in high spirits, even if that is just the alcohol; the perfect start or finish to any day. Additionally, their wide range of vegetarian, vegan and gluten free options means there’s something for everyone. The exhibitions that KP run every five weeks and the tastefully graffitied walls also add a bit of edge to the cafe… and of course, we all about the ‘edginess’ in Manchester *rolls eyes*.

One for the historians, this small piece of land which is often overlooked, was being used for burials as early as the 18th century and is home to the oldest Jewish burial ground in Greater Manchester. While leaving a lot to the imagination in viewing terms and picture opportunities, what it does leave is a surprisingly rich legacy. Although there are 5 remaining tombstones, which have been repositioned to form a star shape, the plaque adjacent to the site lists the 22 names recovered from the surviving records of the cemetery. These individuals could be considered amongst the founders of what is now a thriving Jewish community in the area.

While visiting my half-brother in prison (lol) my family and I came across this gem. Situated outside the infamous HMP Manchester (Strangeways), Moghul’s taste to the untrained eye, just looks like any other 1 star hygiene rating Indian takeaway, that you go to because comfort food and convenience come above salmonella in the list of things you care about. However, once you pass the threshold you are swiftly transported  from Manchester to Mumbai. Kind of. If you can’t afford a holiday then this is the perfect solution. The surprising all wooden interior creates a calm and contrasting atmosphere to that of a regular Indian restaurant/takeaway, and the bubbling conversation of the community is enough to make you feel at home… even though you probably will have no idea what they’re saying, (but you know when the locals go there it’s good). On offer is an extensive range of meat, fish and veggie curries, which appear on the daily changing menu, accompanied by a baffling amount of traditional sides. For £5 you can get two curries, two chapatis (which are cooked upstairs in the family’s Tandoor oven) and as many accompaniments as you could wish for; Essentially, an all you can eat buffet. Don’t let this eatery’s dullish exterior and sinister surroundings deceive you, because it deserves a visit.

Started from the bottom now we here

A photographer’s/architect’s wet dream, Media City UK, the relatively new home of some of Britain’s biggest television channels/ programmes such as ITV, BBC and Coronation Street, is a structurally beautiful 10 year old development that reshaped the heart of Salford. 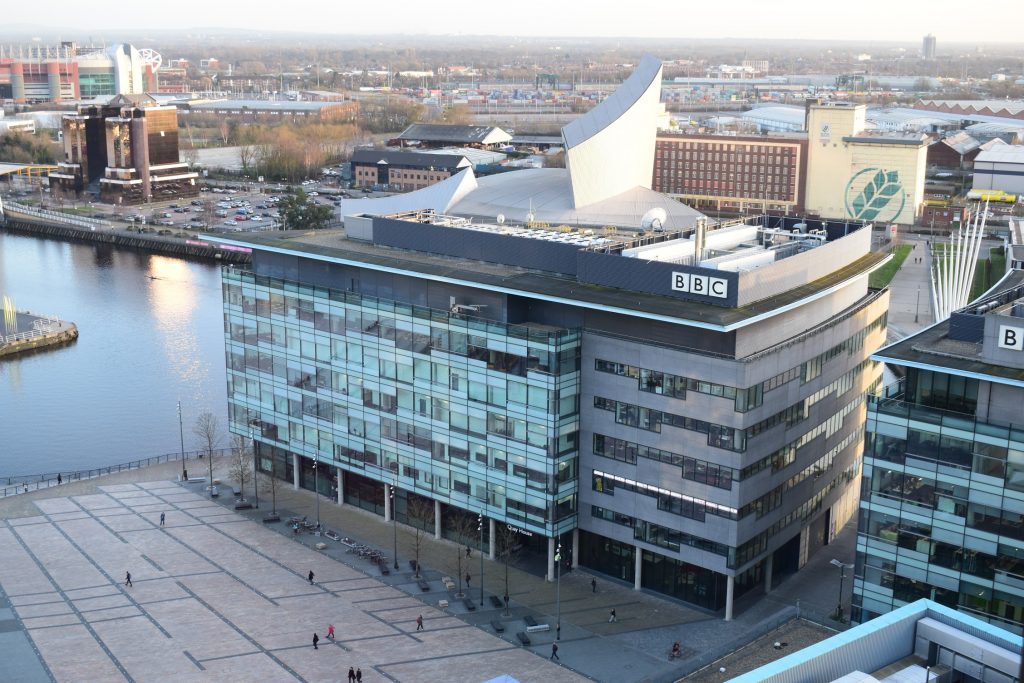 In its past life, this media metropolis was Salford Docks, which was opened by Queen Victoria in 1894 and was once one of the country’s busiest dock systems. The Docks suffered from the decline of heavy industry and was finally closed in 1982, leaving the neglected waterways and unused piers at risk of becoming a wasteland. In 1985 however,  the Salford Quays Development Plan came to the rescue and saw that the next 25 years were a development whirlwind. If ever you get bored of photographing the place, (which you probably won’t), you can watch a show at The Lowry Arts Centre or have a look round the Imperial War Museum which are both in the vicinity. 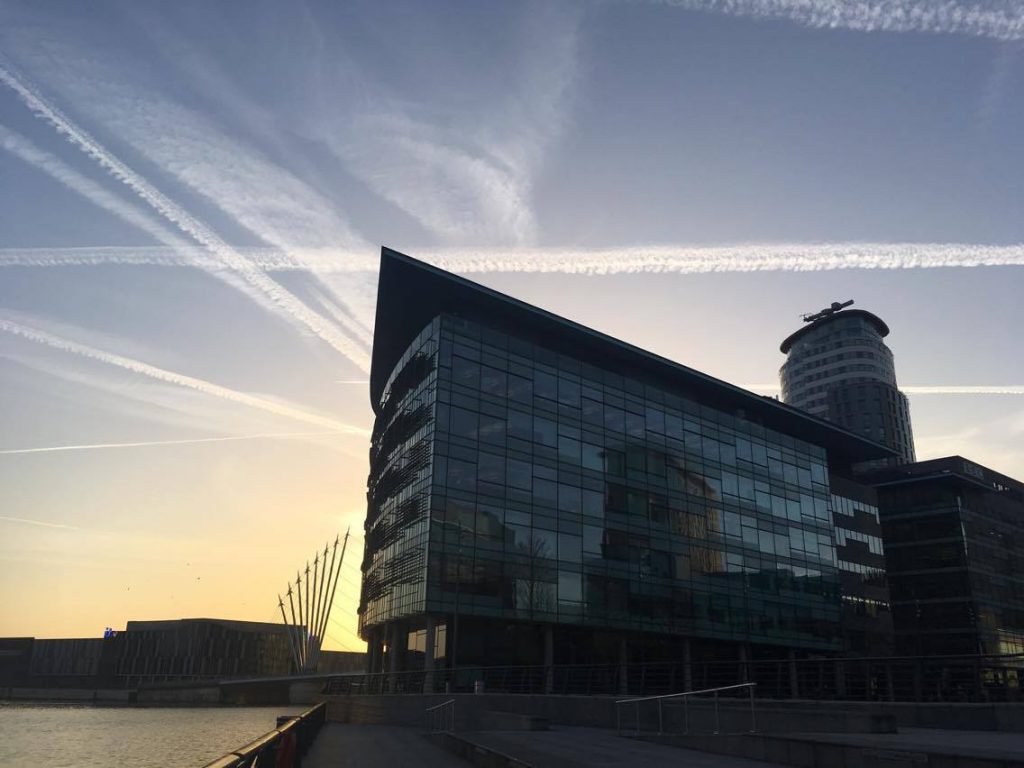