Being an unrepresented and disadvantaged minority isn’t cool

Earlier this year, the Higher Education Statistics Agency announced that seven of the 24 members of the Russell Group have actually decreased the number of students from poorer backgrounds admitted. This seems ridiculous when even though their student populations are already vastly middle and upper class and unrepresentative of British society. The University of Manchester claims 23.8 per cent of their students come from “Lower Economic Backgrounds”, but 23.8 percent from lower economic backgrounds isn’t a number to brag about when 28 percent of children in the UK live in actual poverty. It’s all well and good having 23.8 per cent of your student body be from a lower economic background, but what exactly does an elite educational institution class as a “lower economic background”? And do that 24 percent feel like they have the same advantages as the remaining 76?

Coming to Manchester was my first experience of being a class alien. I’m the first person from my family to go to uni, so I didn’t really know what to expect, at first I didn’t even notice it.

People fetishise being working class. They lie about how “skint” they are and or about where their funding comes from, they take the piss out of rich people living in Richmond Park.

And then there’s the accents, good lord the accents. Posh southern boys walk around Fallowfield in vintage sportswear sounding like something out of that Kevin and perry sketch where perry goes to Manchester. This performative aspect always confused me personally. Are you  doing this for people like me, or to impress your other middle-class friends? There’s a certain sense of the class equivalent of white-guilt going on, an overcompensation from middle and upper-class students to make up for the advantages they have.

If you gain anything from reading this, learn that being working class at uni isn’t any of the things people try to be. It isn’t about the novelty of being common, it isn’t about subculture, fitting in areas like Fallowfield or if your parents can afford to help you out. 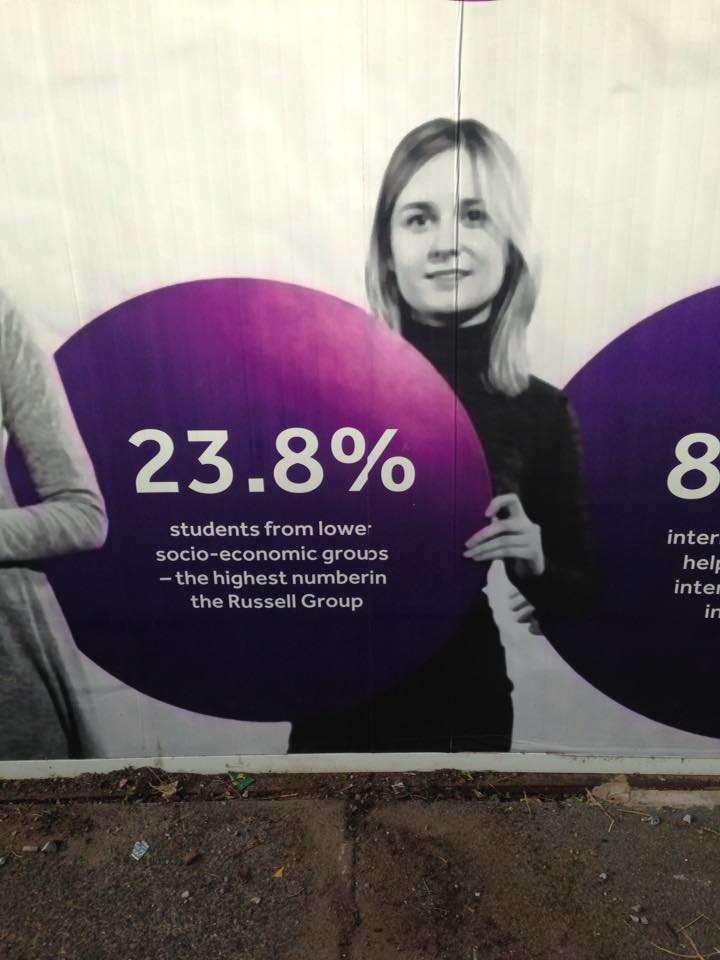