Kim K eat your heart out

A high-flying fresher has taken a selfie while soaring 6,500 ft in the air.

The snap was taken above the Turkish coast on the second highest paraglide in the world, and it makes yours look a little bit rubbish.

Lauren Newell, a French and Spanish first year at Manchester took the selfies during a paragliding flight while on holiday with her boyfriend, which have since become an internet sensation. 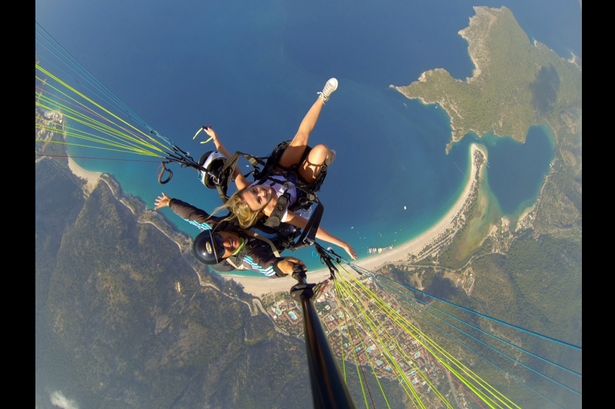 The paraglide took them over Oludeniz on the south-west coast of Turkey, to heights of up to 6,500 feet, at which the instructor precariously cracked out the selfie stick.

Turns out it runs in the family, as her great-granddad was the first Brit to parachute from a plane 101 years ago. 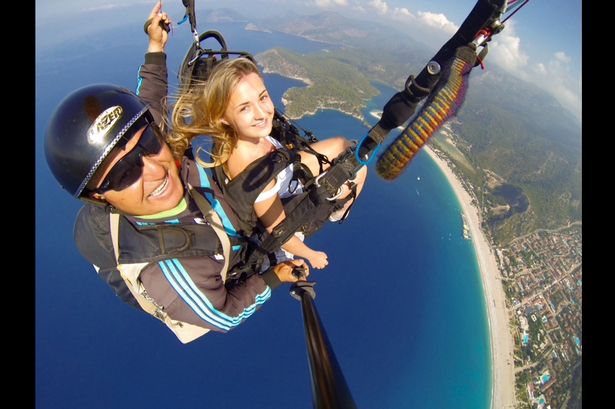 Lauren told the MEN: “I went from extremely excited to nervous to excited again before take-off, but as soon as we were in the air it was really calm.

“It was about a 20 minute journey from the jump to landing near the beach with a few 360 degree spins in between. It made my stomach lurch but it was amazing.”