They got cosy and watched The Hobbit

You probably pull all nighters all the time.

But imagine these students’ panic when they got trapped in the Man Met Art Building all night.

Keen MMU Graphic Design students Amin Rezai and Raushan Kumar were busy working on their assignment until the early hours of the morning.

Their nightmare began when they went to leave – but security had locked them inside.

The pair spent the evening throwing paper aeroplanes from the third floor before snuggling up in a study room to watch The Hobbit. 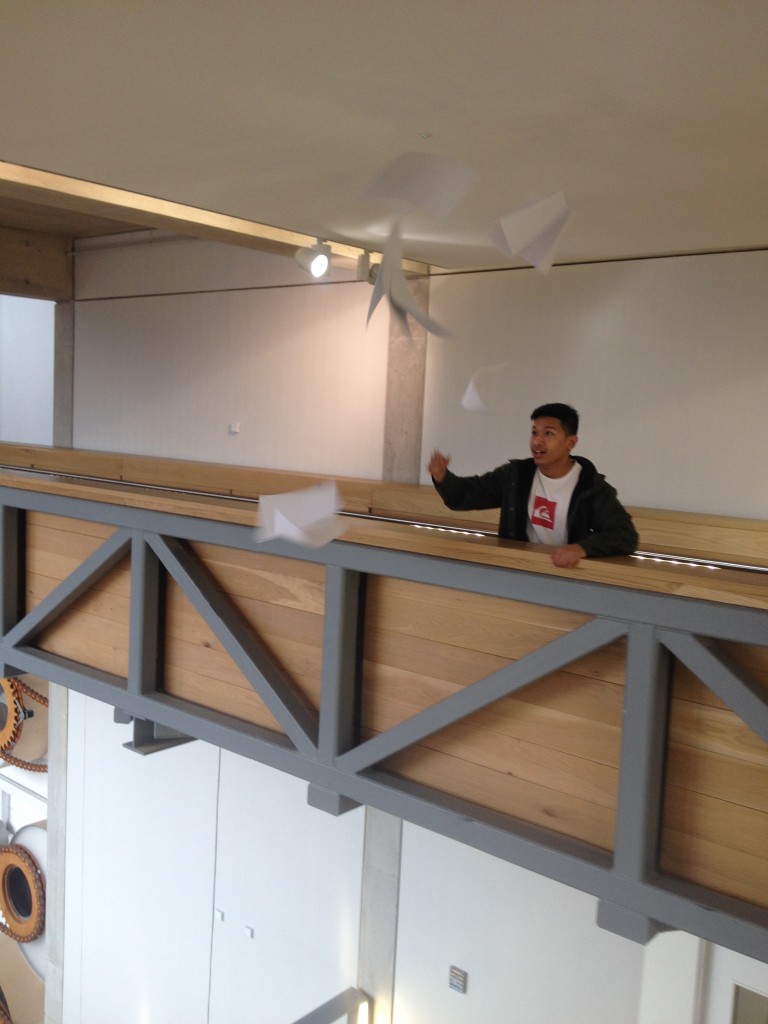 Hapless Amin told us: “We were working with third years who left at 1am. We realised the next morning they must have left through a fire exit.

“We carried on working because we had a deadline that morning.

“Then we found a TV so we watched The Hobbit, extended edition too, Jackass and The Hangover.

“I was on the phone in the café so Raushan started throwing paper off the third floor.

“With the flickering lights going off it scared the shit out of me.

“We only realised it was open again when students started coming in at 10am.

“We went to find security and when we told them they laughed at us.” 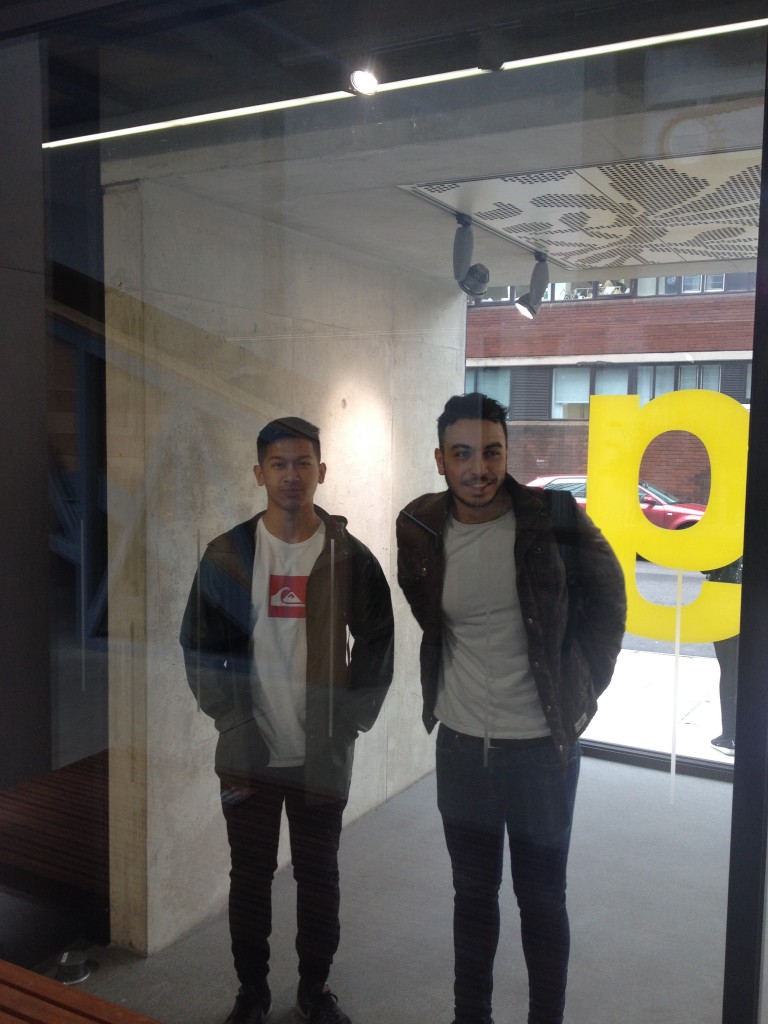 Raushan said: “The security was shit, we were waving at the cameras for ages, we could have easily nicked a couple of Macs.

“It was as thought we were in a TV show or a film. We just wanted to get out.

At the end of the year Amin and Raushan won a “Best Survivors” award from their tutor for their ordeal. 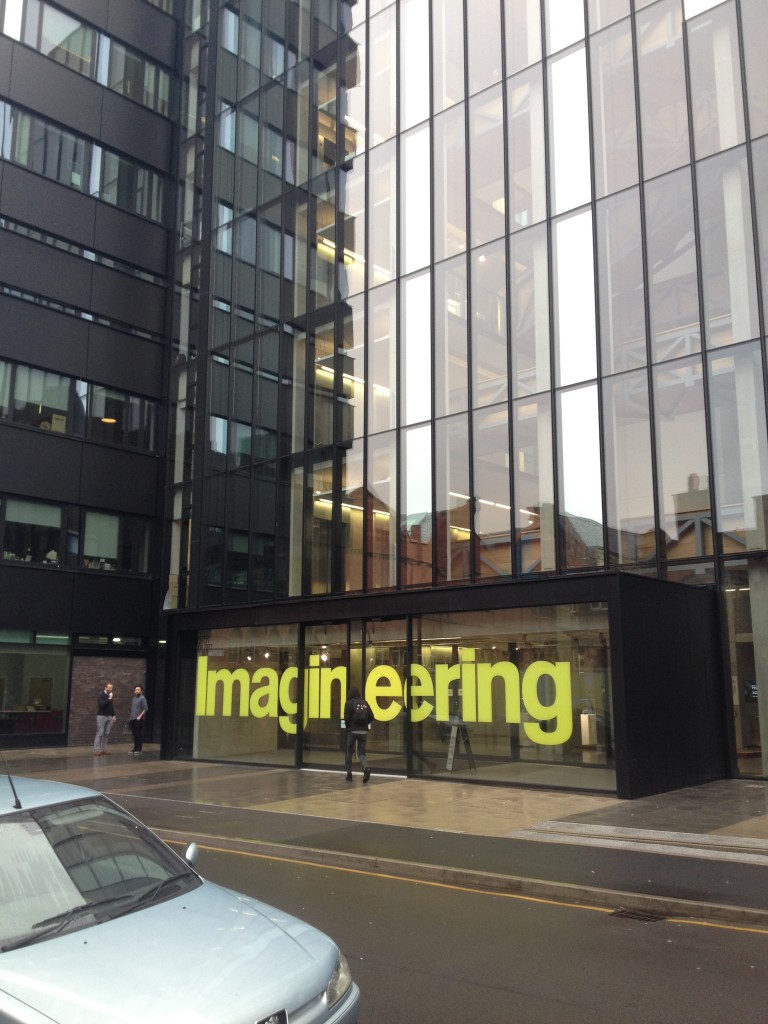 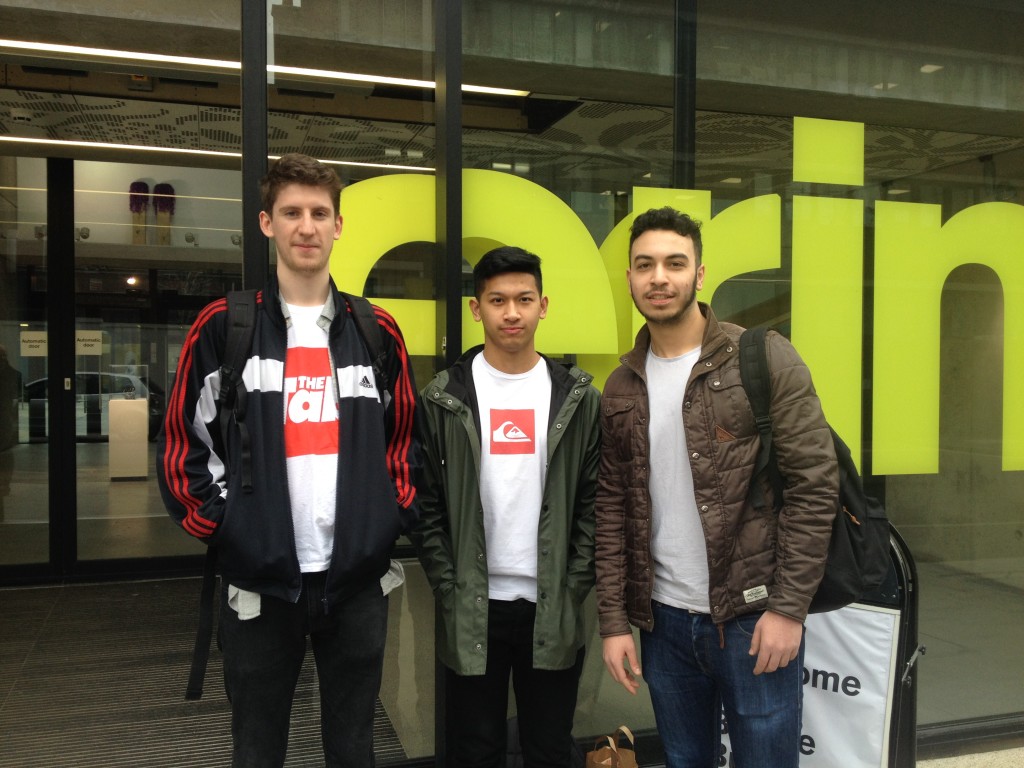 We asked one of the cleaners what they could have done to get out – turns out all they had to do was open a window and security would have arrived.