They have Special K the chocolate one

In the Northern Quarter’s latest attempt to become Shoreditch, the city’s first Cereal Café has opened, only weeks after the opening of Manchester’s first pay as you go cafe.

It’s called Black Milk and serves bowls of cereal like the ones in your kitchen cupboard – a bowl starts at £1.90. 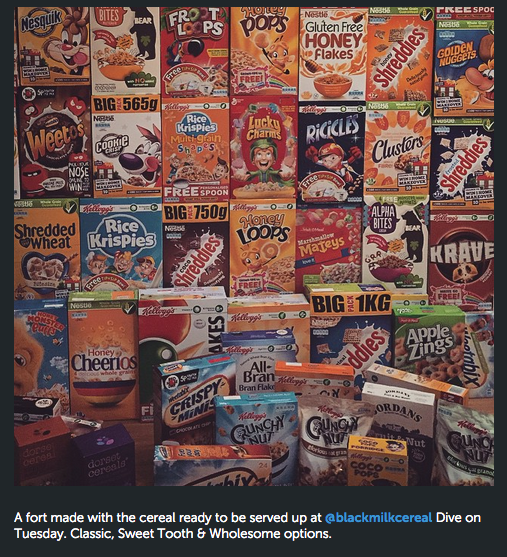 Who would choose wholesome

It won the race to be the first Cereal café, its competitor being “Cereal Central MCR”, so soon it seems we’ll be spoilt for choice and potentially for all future dentist appointments.

When asked about its location, Oliver Taylor, its founder said: “There was never any shadow of a doubt that it was going to be anywhere other than Afflecks.

“It came to our minds straight away, it’s the home of counter-culture in Manchester and a hotbed of activity. It’s a match made in heaven.”

Basically, nowhere else was edgy enough.

The café will also be displaying work of local artists, and serves things like brownies and cakes, if you’re not a fan of cereal (though it would raise the question why you would go if you weren’t).

Wondering where the name Black Milk comes from? Don’t worry, the milk there hasn’t gone off, it’s just infused with squid ink – it’s their “signature blend’. 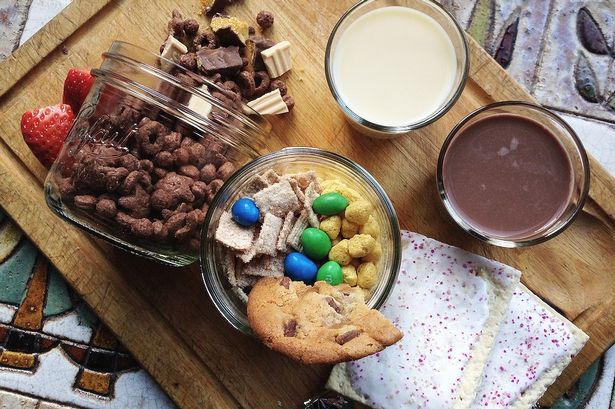 Looks nice but you lost me at squid

By serving things like squid milk and other infused blends the owner hopes to add a more experimental side to the business, inspired by other cafés of the sort such as Momofuku and Cereal Killer, both of which have proved hugely successful.

“We didn’t want Manchester to miss out on the fun going on in New York and London,” he said.