The University has launched an investigation

A Loughborough University student has been suspended as a result of a racist post in the meme page, Loughborough Towersposting.

The image posted features a set of Loughborough sports kit, captioned with a message which uses the N-word twice as well as misogynistic language.

It was posted in the group on Tuesday 16th October, but both it and the page have now been deleted. 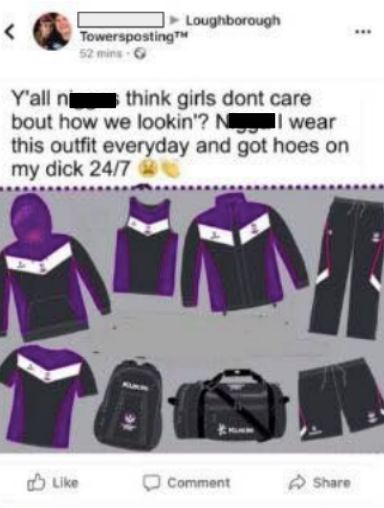 The University has today responded to the incident on Facebook, saying: "Following the posting of a racist and misogynistic message on the student-run 'TowersPosting' group yesterday, the University has begun an investigation into two individuals. One person has been suspended by the Vice-Chancellor for the time being while the investigation progresses.

"We will provide a further update when the investigation has concluded." 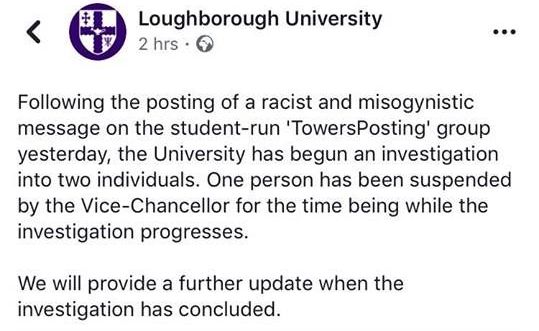 The Loughborough Tab approached both the University and the student who made the post for comment, but has received no response from either.

More stories recommended by the writer:

• Prince Harry and Meghan Markle were at Loughborough Uni