Prince Harry and Meghan Markle were at Loughborough Uni yesterday

The royal couple got competitive in a mini game of netball

At the beginning of this week, Prince Harry and Meghan Markle made their first trip to Leicestershire, stopping at Loughborough University.

The couple were visiting Loughborough uni to present awards at the inaugural Coach Core Awards.

The scheme was set up in 2012 by the Royal Foundation, and supports unemployed or uneducated young people by giving them the chance to become sports coaches. 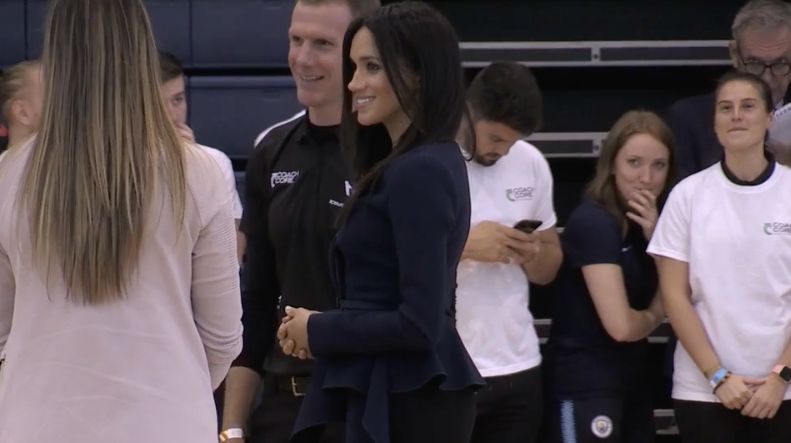 The newlyweds got together with some of the young people, tutors and apprentices to play a friendly game of netball.

At Coach Core, a netball shootout can come with some pretty great teammates! The Duke and Duchess of Sussex took part in our shoot out, and congratulated the seven groups of graduates from across the UK that are all graduating today – from Essex, all the way to Glasgow! Their Royal Hignesses will also join us for the first ever Coach Core awards later. #WeAreCoachCore @kensingtonroyal

After Harry beat Meghan in the game, he gave her a cheeky cuddle before the love birds made their way to the David Wallace sports hall for the award ceremony.

Crowds flocked to the university to see the couple and one royal fan, Zainab, was thrilled to catch a quick glimpse. She said: “They didn’t even wave at us properly but at least we breathed the same air as her!”

I used a lip pump and it’s ruined my mouth

Industrial Design is the hardest degree you can do