There were also loud vehicle demonstrations during exams

UCL students have been left angry after exams in the ExCel centre were disrupted by noise from the London Motor and Tech Show.

Students heard loud tyre screeches and engines revving throughout exams on Thursday 16th and Friday 17th May with no acknowledgement from invigilators.

The car show promised on its website to be "bigger, better, and faster" this year, with "astonishing stunts and displays". Which is all well and good for some, but definitely not for the students trying to sit important exams in the next room.

#UCLove51381Shoutout to UCL for having exams at Excel while a motor show goes on a few halls away. Hearing the cars revving during the exam is definitely not not amazing!!!!!

First year Classics student Emily Shead was sitting her introduction to moral philosophy exam on Friday morning and told us that "you could hear cars revving and screeching every five minutes, with the whole place being a bit smoky." She explained that it was "more disruptive" than the infamous planes from City Airport.

She told The London Tab that "it was the worst exam" she had ever taken and the noise just "added to what was an already bad day." 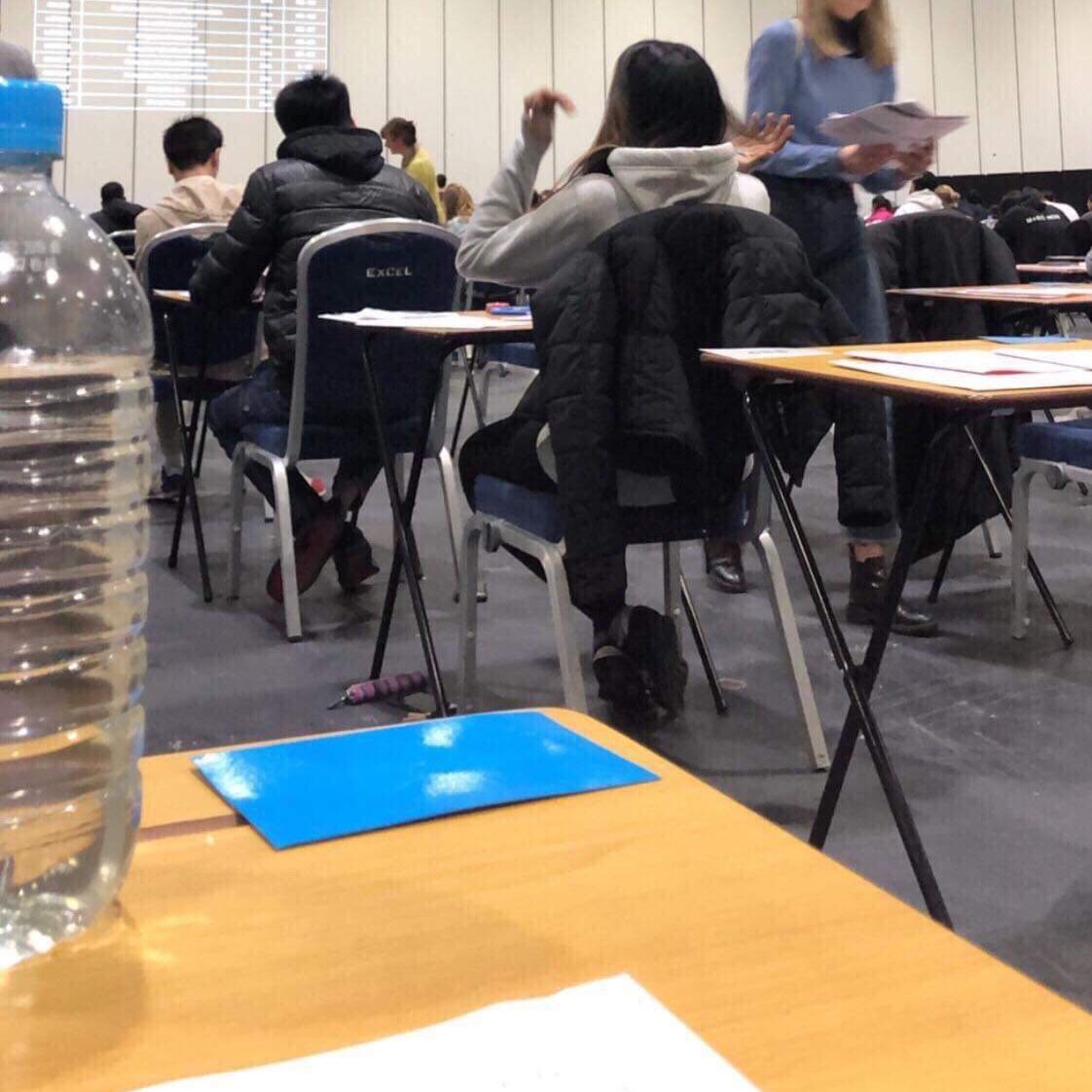 Kieran McNulty, a first year History student agreed: "It was so loud, you could just hear cars going around in circles and the whole situation was stupid."

Luckily Kieran was at the back of the hall, so it wasn't as loud as it could have been, but those at the front of the hall looked "especially annoyed".

Worryingly, it that it seems where you sat in the exam hall impacted how loud the show was, and this could have impacted on how well you did in your exam.

Check out this video of @paulswiftstunts from last year’s London motor show. Then get your tickets to see him in 2019. Back with an even bigger show. #stunts #paulswiftstunts #cars #londonmotorshow

To make things even worse, apparently the whole place smelt "nauseating and disgusting" like burnt rubber.

This is just the latest in a host of problems for UCL students this exam season, including DLR disruptions which left students stuck on stationary trains for up to 20 minutes. And that's not even mentioning the problems students faced last year.

As one student summarised: "The ExCel centre is an awful place to do exam." So maybe we should have expected this.