I got front row at LFW, and it was everything you imagine it would be

As I saw the entrance of Devonshire square I knew it was going to be an absolutely fabulous place. There were amazing lights, equipment and you felt like a celebrity with the exclusive feeling of hosting just 80 people per show.

The models (from Space management) and the designers were equally fabulous. Collections of 30 extraordinary emerging designers from 13 different countries featured the London Collection.  I had the chance to interview one of the great designers of the night, and even blagged my way backstage.

This is what it’s really like, from the front line of LFW. 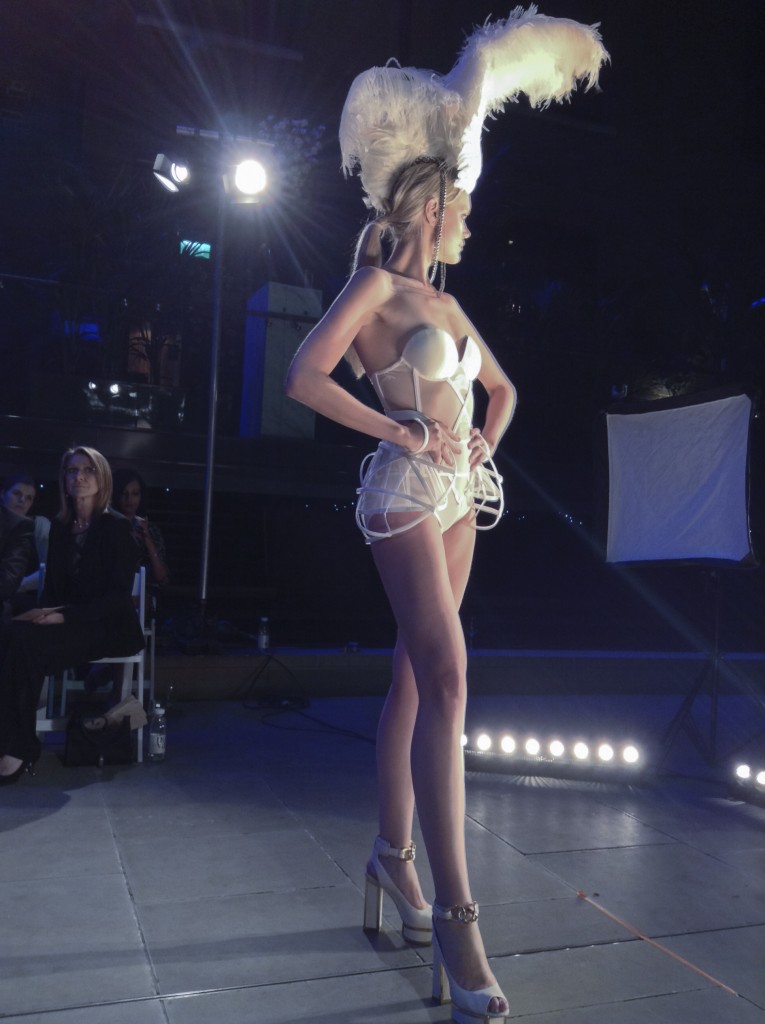 The absolute highlight of the night by Vagabond couture 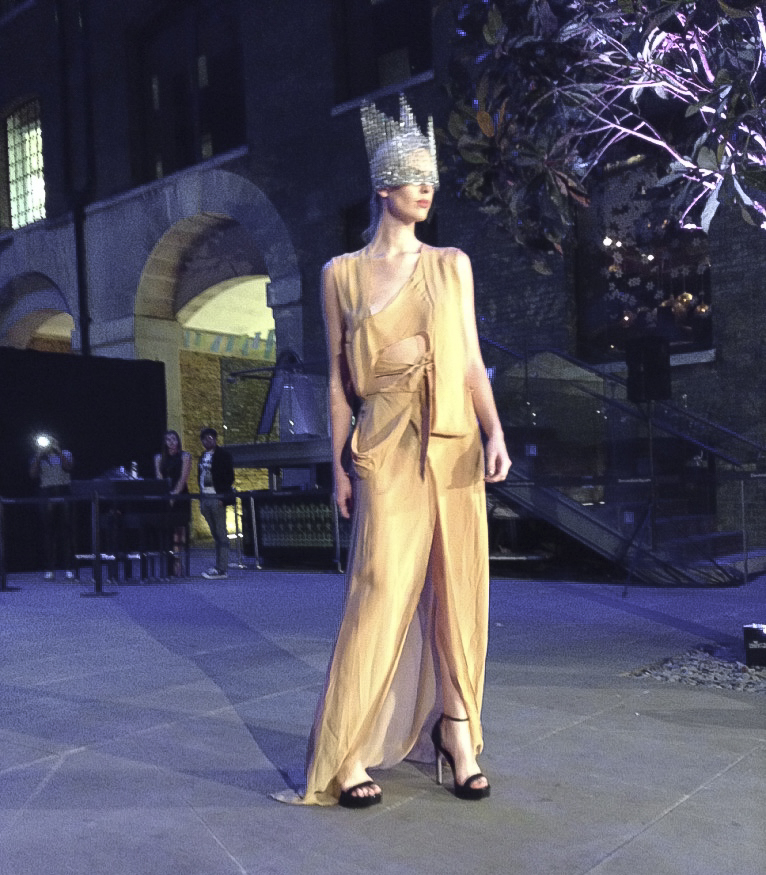 Impractical practicality by Japo Okworobu (UK), who said: “My aim was to create dresses for women, which allow them to shine and empower them. I did that, by using sheer fabrics which are usually overlooked, but very sensual at the same time. The idea behind the head piece is a tiara, but it would have been too obvious, therefore again I created an impractical version, which is more expressing in my opinion. Don’t worry though, they can actually see through.” 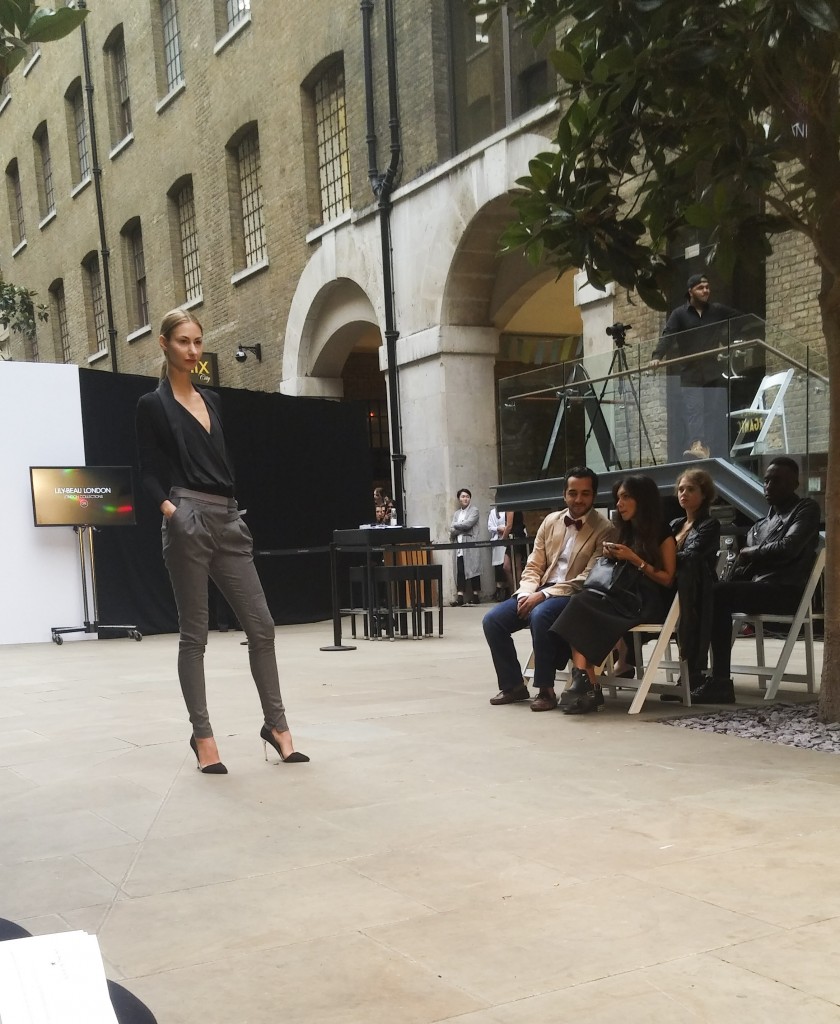 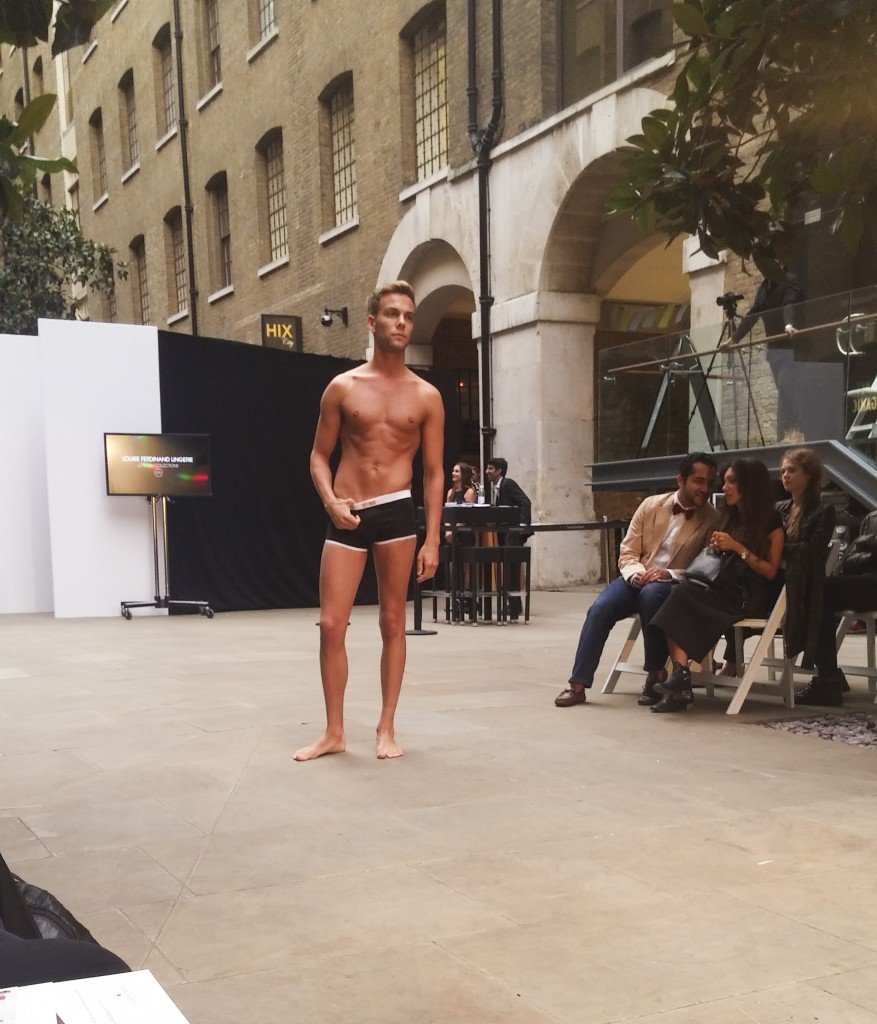 Of course there were underwear models 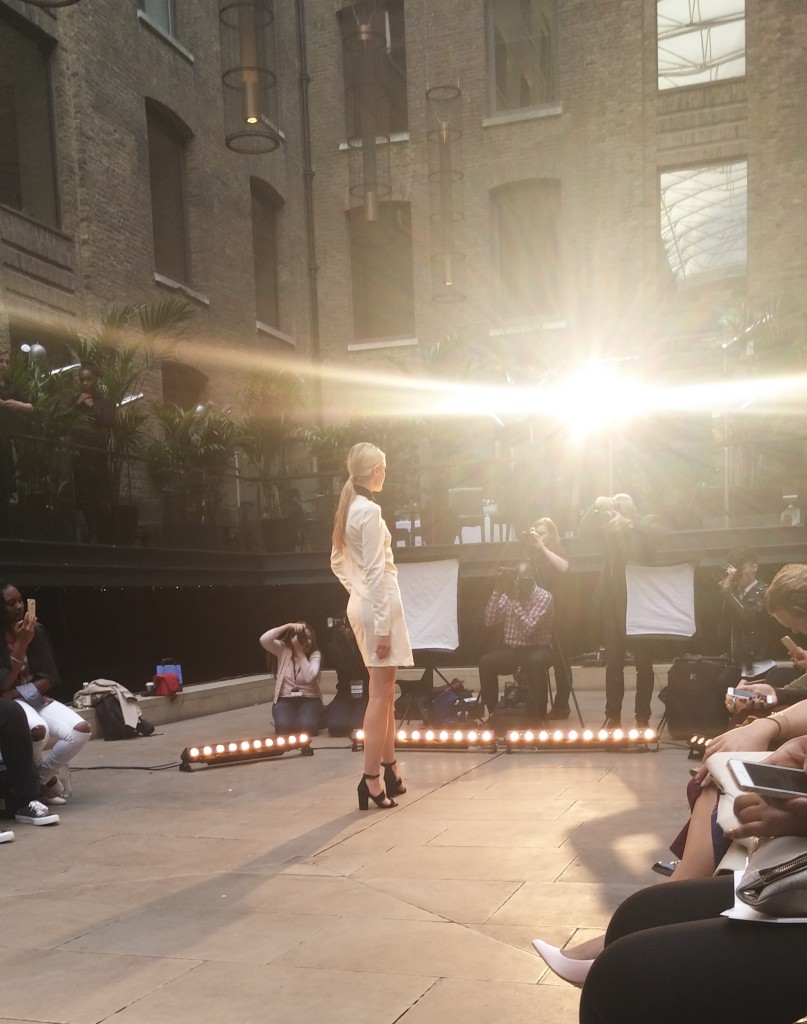 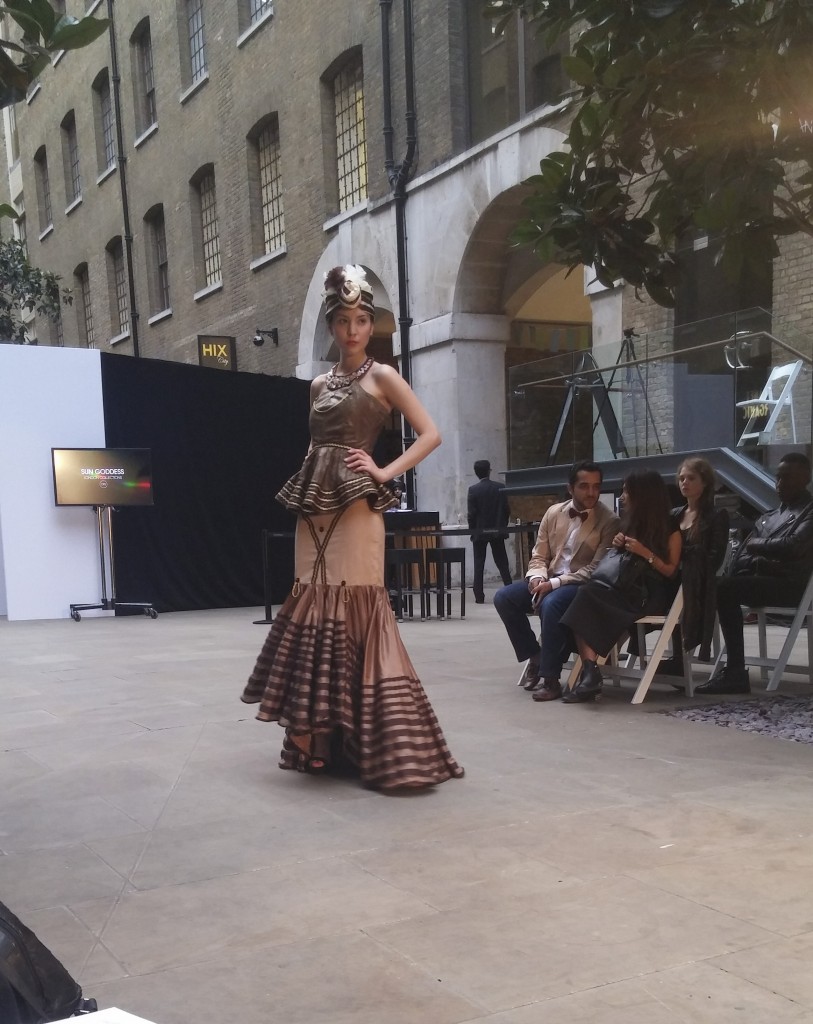 Not your usual Friday night outfit 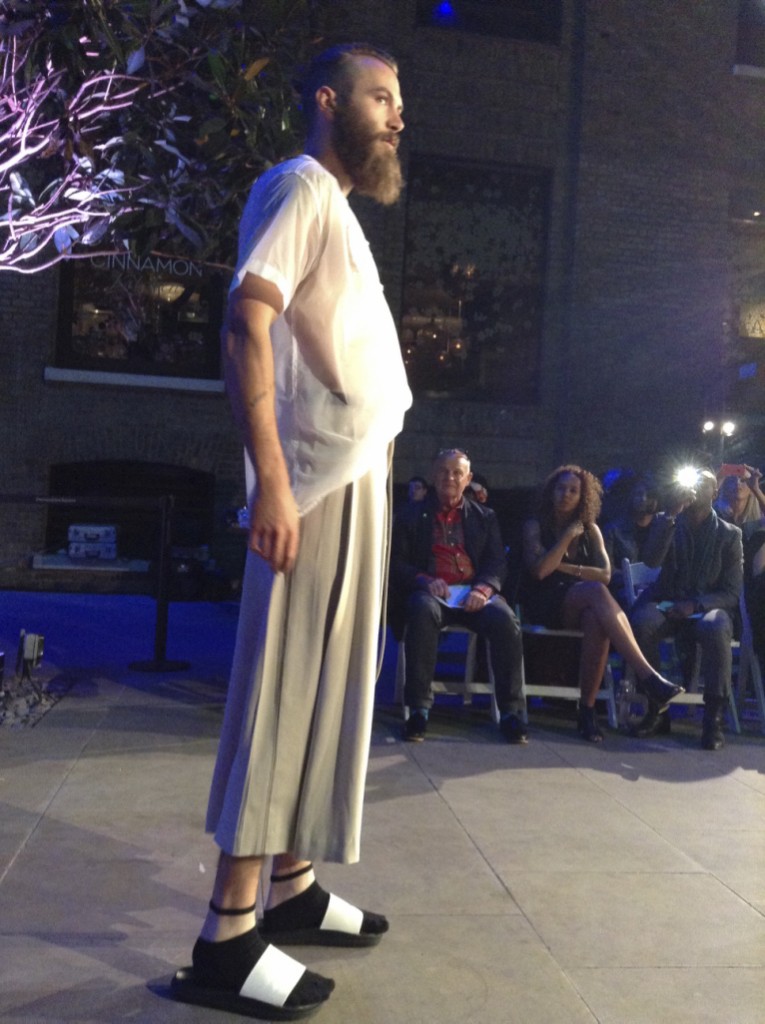 Erm.. Sandals with socks are in for next spring 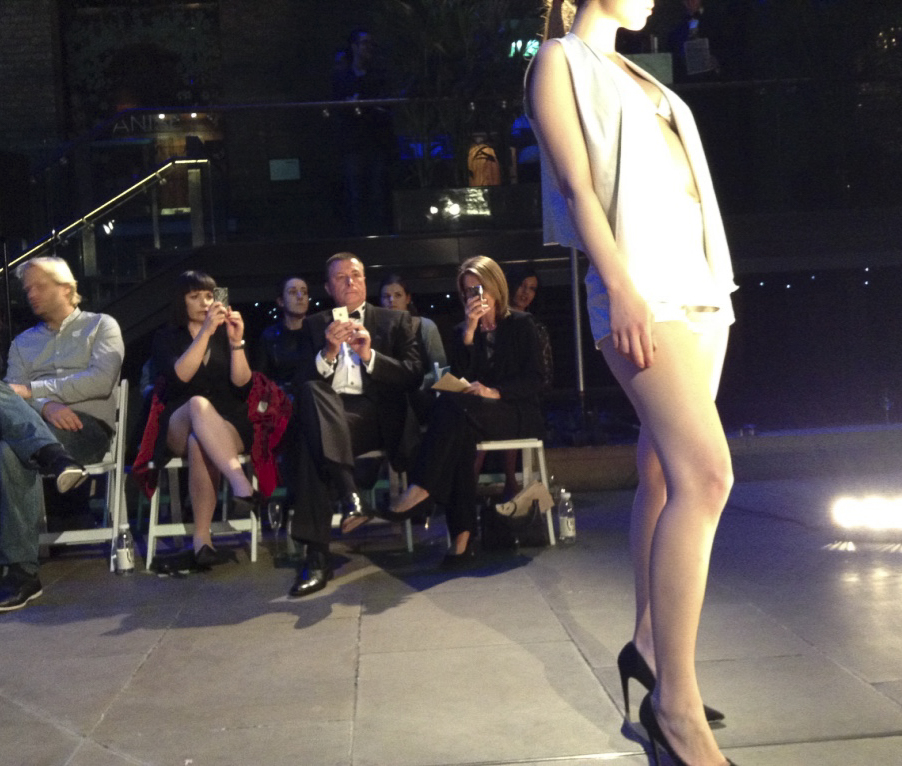 That guy’s face though 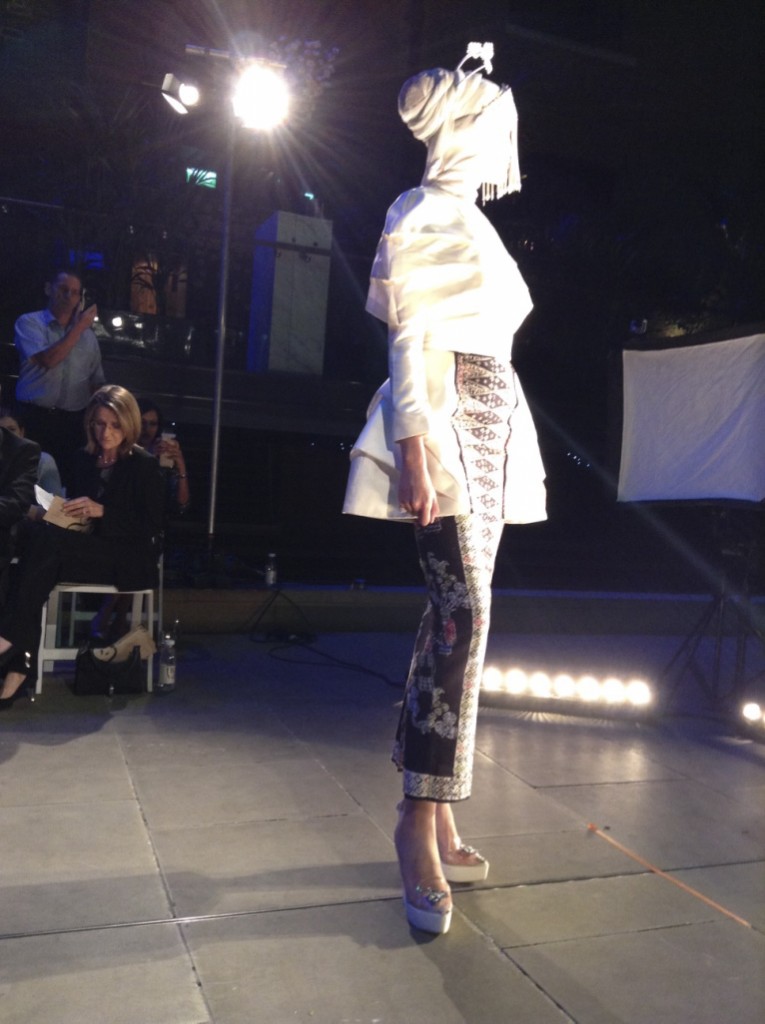 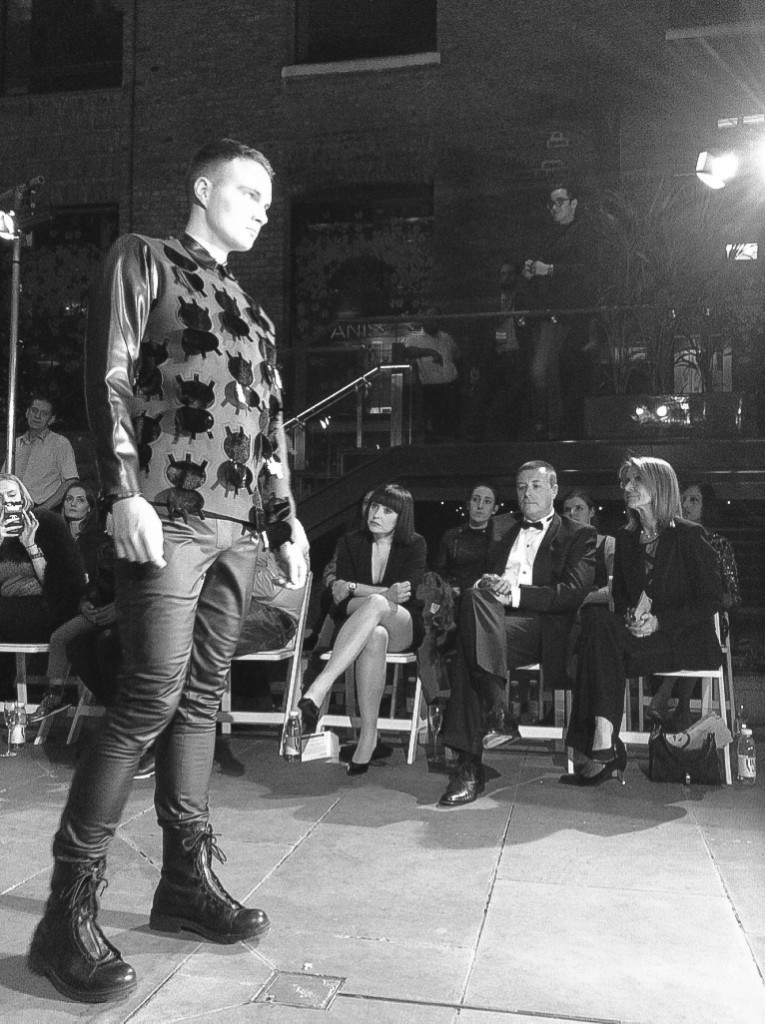 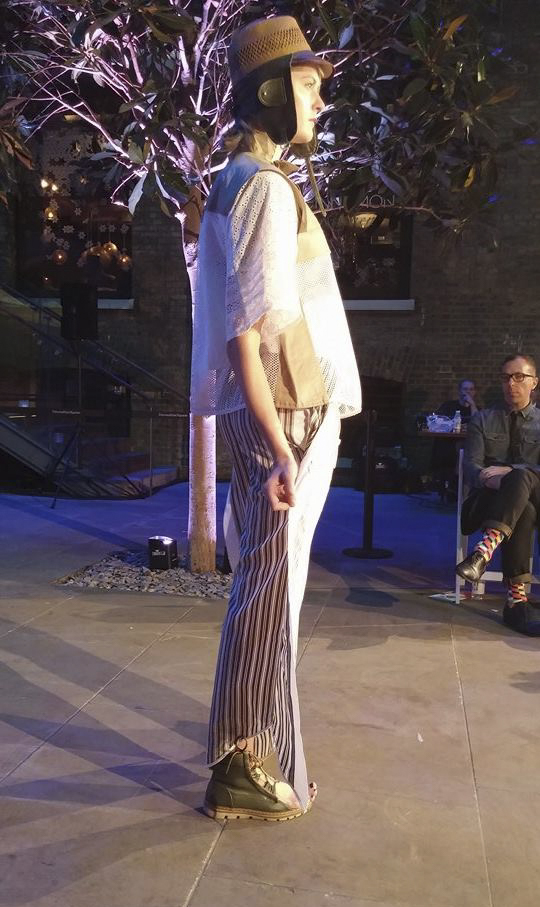 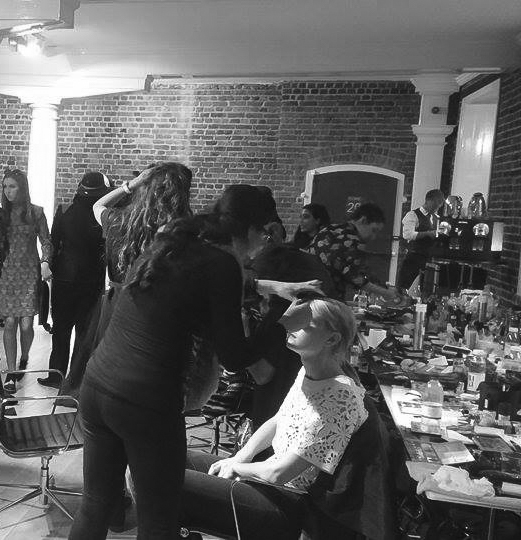 Where the magic happens – backstage. It was organised chaos. 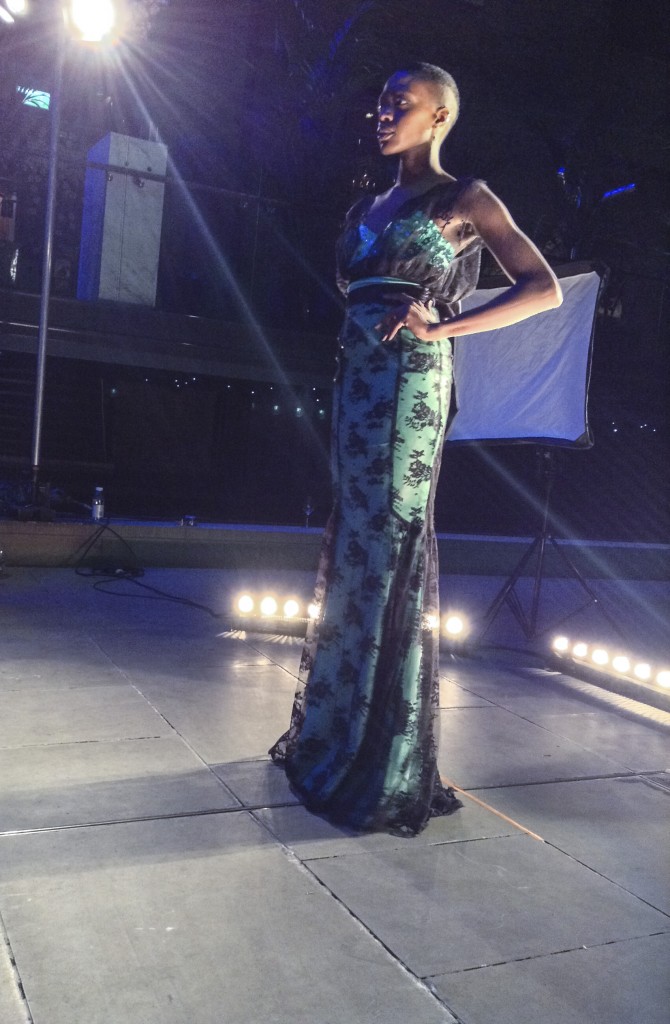