On The Up: Lucy Chappell

A second year at UCL, aspiring actress Lucy has started to land her first major roles

“I’ve been stabbed,” says Lucy Chappell, sitting opposite me in a Caffé Nero on Goodge Street, brushing her tousled brown-blond hair out of her eyes. “I’ve been shot in the chest. I’ve jumped in front a train, I’ve been drowned. The other day I was in a car crash.”

It would seem dying is becoming something of a habit for the second-year anthropology student. Remarkable then, as she sinks back into the comfy leather sofa, that there’s not a scratch on her.

The stabbings and shootings were for short films shot several years ago, and the crash was for her latest role, a young girl in a terrible accident on never-ending BBC hospital drama Casualty. 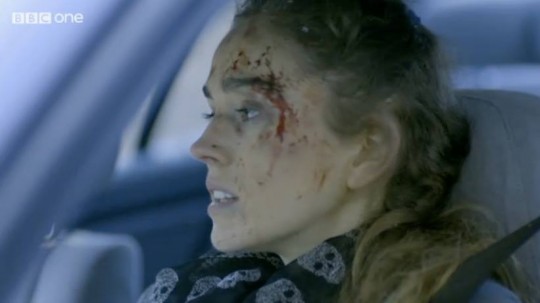 A blood -smeared Lucy in Casualty

“I didn’t actually die in this one!” She squeals with delight. “I just got a broken arm.”

She tells me that her mother was overjoyed for the first role her daughter made it out of alive. However, the maternal joy soon gave way into her favourite topic whenever Lucy appears on TV: her posture.

I say that most parents would be too blinded by pride to see their child on-screen to notice whether they were practicing good Alexander technique, but perhaps hers are merely becoming jaded; the part is one in a long line of impressive recent roles for the emerging actress, and possibly a very appropriate one. Shows like Casualty are part of a collection of rite-of-passage programs for aspiring British actors, popping up in Hollyoaks and Doctors before going onto bigger and better things.

For Ms. Chappell herself, the car-crash victim comes hot on the tails of a string of music video roles, most recently as the love rival to teen songstress Birdy in the video for her latest single ‘Words as weapons’.

The video sees Lucy and her boyfriend chased round a ruined house by a ghostly Birdy, ultimately becoming possessed by the undead ex-girlfriend. The creepy four-minute clip echoes another recent achievement, a starring role in John Newman’s video for ‘Losing Sleep’ (currently on 7.5m views on YouTube), which saw hundreds of Lucys standing deathly still behind windows at night, thrashing around Ophelia-like in a leaf-strewn bathtub and at one point eerily decapitated.

In the video for ‘Losing Sleep’

“The director said when we were filming that he want to cut my head out, but said he’d only do it on the edits that wouldn’t make it. Then I finally got round to watching the video, and there I was, completely headless!”

Decapitated or not, the 21 year-old’s roles reflect a very modern way of breaking into the industry. Eschewing the normal route of University Drama, waiting to be seen treading the boards and offered an agent, Emma Thompson-style, Ms. Chappell has instead opted to throw herself into the world of online short films, web series and modelling. And it seems to be working. Next year we can see Lucy in cinemas starring as the little sister to Eddie Redmayne’s Stephen Hawking in Theory of Everything, next to Felicity Jones and Emily Watson, where she gained valuable insights into the craft.

“Eddie’s dedication to his character was incredible to watch. He had an ipad and was watching playback of Stephen Hawking, constantly talking about him, the way he’d do things. He was so clever and funny at the same time.”

Learning directly from A-listers quite an accomplishment for someone who only started acting four years ago.

“I think I decided what I wanted to do when I was fifteen, when I was living in America. I moved back when I was sixteen. I just thought ‘right what do I need to do to make this happen?’ So I joined every youth theatre I could find, I researched a ton online and through various books and contacted everyone possible, through Facebook, people making short films and things like that.” 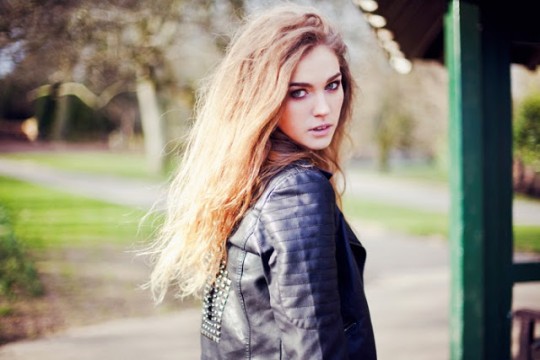 “Me and my mum waited there for four hours, literally just to put my name down. I knew at that point that that was what I wanted to do.”

The ‘hit the ground running’ approach soon began to work.  After writing a letter to the casting director of Tim Burton’s 2008 version of Dark Shadows, something that “rarely ever works”, she was offered an audition for the part eventually taken by acting wunderkind Chloe Moretz. She admits that at this point she felt “very, very lucky”.

Following a period of CV-building, appearing in Kleenex adverts and milling around on Downton Abbey, the proper roles only started appearing in the last couple of months.

“You will get rejection, so you have to learn not to expect things, not to assume things. For things that I really loved, it’s a shame but I always think it goes to the right person, and if that’s not you, it’s not you. If you love it you have to keep at it. You have to believe that someone will say yes to you.”

Of course, now that people have, it seems enough work in itself without having to worry about a fairly serious degree at UCL. Juggling filming and coursework sounds like a recipe for a meltdown.

Filming, for example, can be gruelling. For the John Newman video, Lucy spent a large amount of time submerged in a cold bathtub with crew members blowing leaves at her, before walking around Kingston barefoot in the middle of the night. Despite her striking modelling shots, in person Lucy is extremely petit, and the don’t-mess-with-me boots she kicks up on the side of my chair do nothing to dispel an air of vulnerability in the young actress, yet she seems to be on top of things. 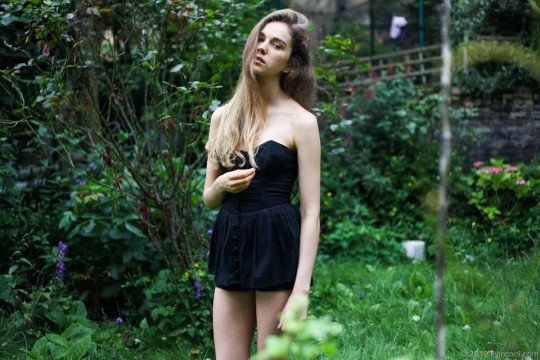 “I haven’t been working a long period of time and I haven’t had any jobs yet that have taken me away from it. I’m determined to balance everything and I’m very lucky to do so.”

For the Casualty role she taught herself online during filming in Cardiff, band has even found time to explore other activities around Uni.

Lucy is an active member of UCL Parkour (she can often be seen jumping off the Portico steps on a Saturday or attempting to leap from the walls outside the Print Room)  and although so far she’s shied away from traditional student theatre, she’d love to be more involved.

“Everything [UCLU Drama] have done has been so brilliant, but I haven’t had time. Everyone is just so cool. I do miss that. I love UCL and being at Uni. If I don’t get any more gigs that’s fine, there’s always my fisheries modules if I’m not working!”

It’s unlikely however that her future post-graduation lies in the intricacies of aquatic breeding.

“I hope to just continue with acting. I’ll do whatever I need to do to keep going, I’ll probably move back home for a while. I’d just to be working. Hopefully I’ll get lucky.”

Her track record so far seems to suggest that she’s willing to work hard enough to make sure she’s in the right place at the right time should that luck strike, whatever happens.

“When I first started out, I was auditioning for a youth theatre. They asked me to do a comedic monologue and I didn’t really know what I was doing, so I did a piece as Gollum from Lord of The Rings. The woman was just looking at me like ‘what the hell is she doing?’ They eventually let me in. You just have to keep trying.”