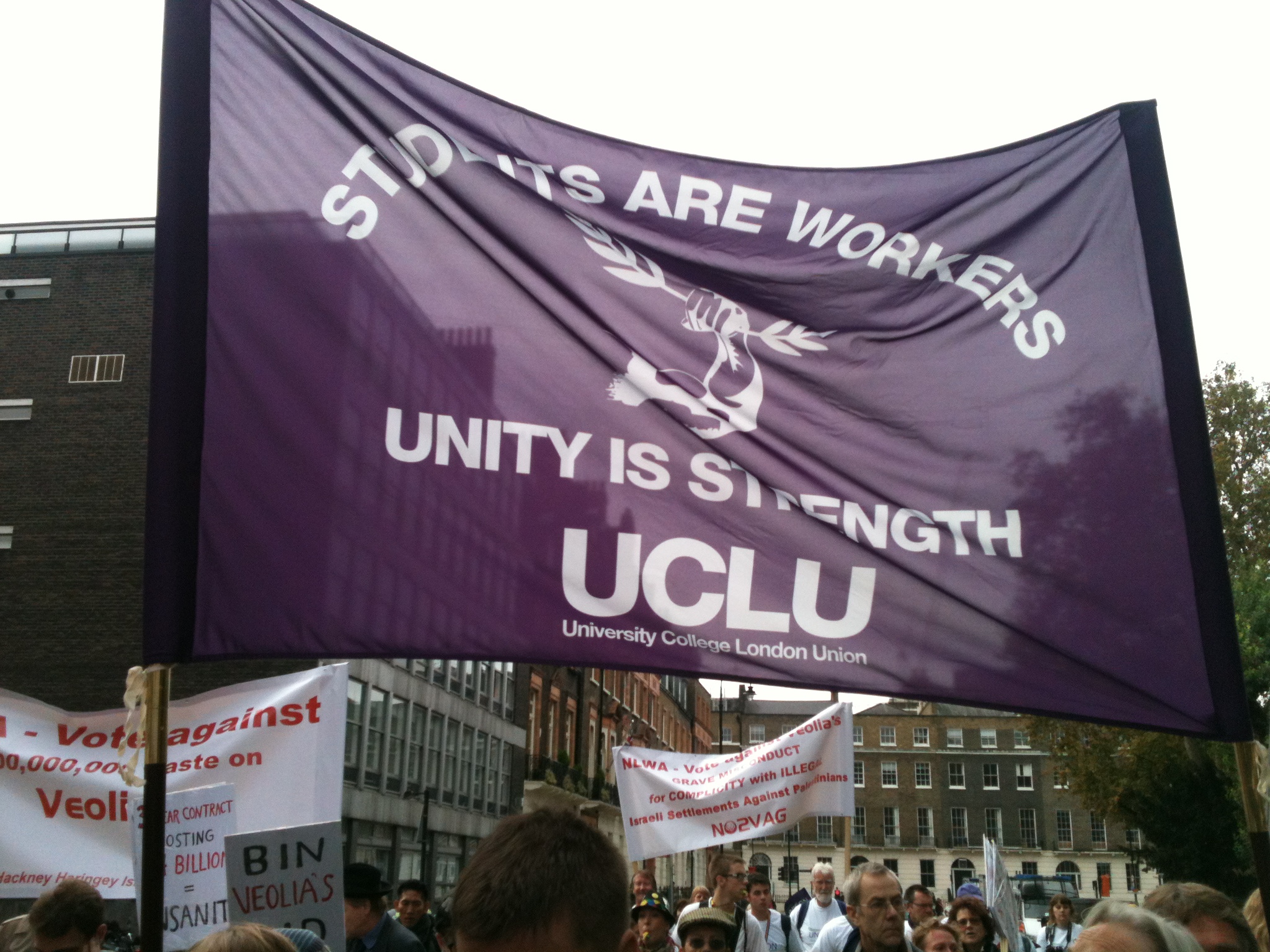 UCL turns out to support TUC and NUS March

Angry UCL students gathered outside the University of London Union today, to voice their frustration with the Tory government’s cuts and austerity measures. The NUS joined with the march organisers TUC (Trades Union Congress) in a united front for free education, no cuts and “A Future That Works.”

The crowd outside ULU began to gather at around 11AM, with protestors setting up their
instruments, displaying a range of placards and banners and grabbing breakfast from the Hare Krishna cart. UCL and SOAS seemed the best represented from the UoL, with a “Warwick against the Cuts” banner also visible. 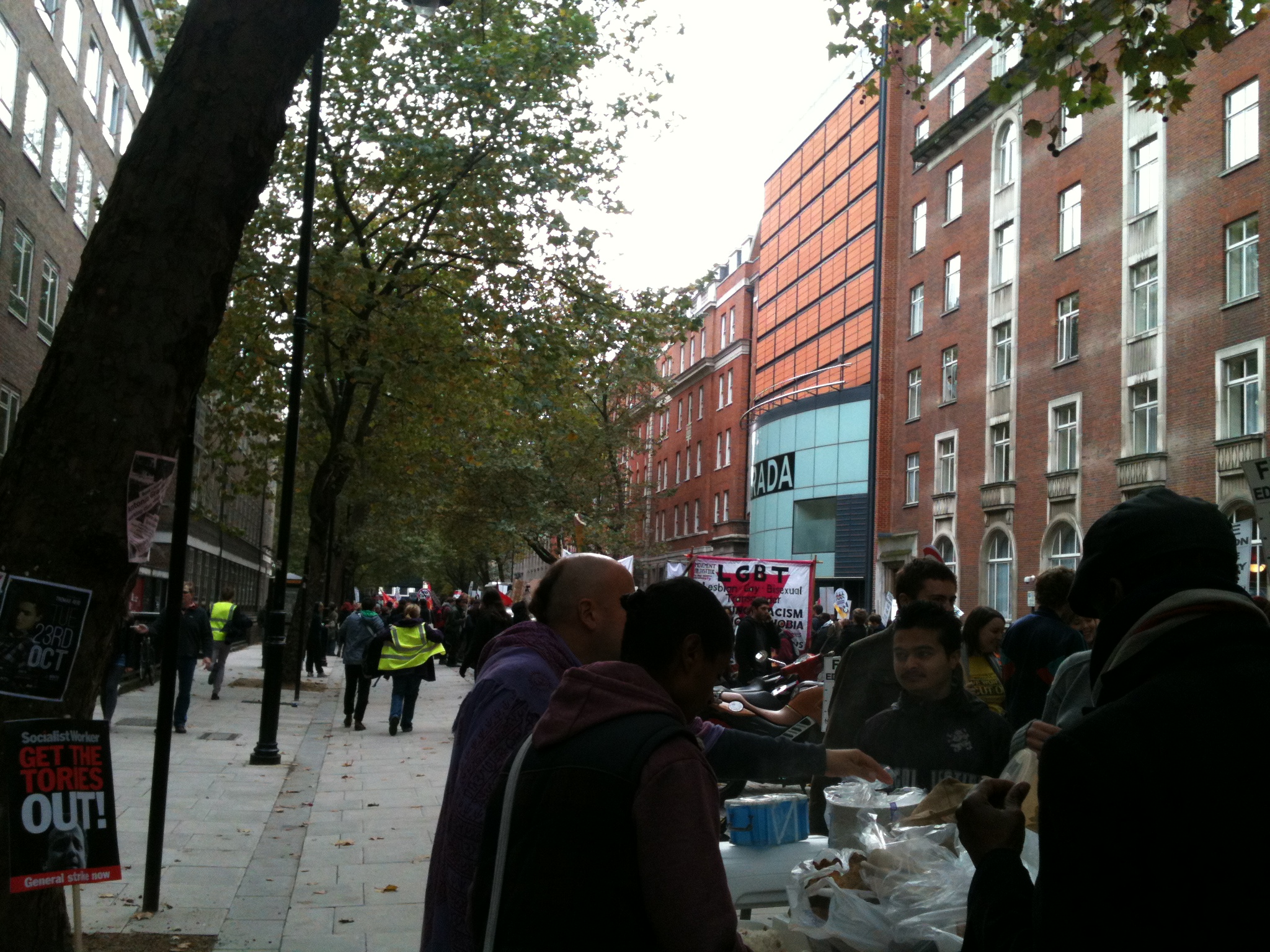 While the TUC have said almost 100,000 people were protesting throughout the country today, the crowd that initially assembled on Malet Street numbered around 700, according to police estimates.

To a crescendo of drums and shouts of “We will stand together, march together and win together” and “No ifs, no buts, no public sector cuts”, the march set off around 11.45. The march proceeded around Russell Square, down the entirety of Southampton Row and down through Aldwych towards Embankment, picking up further numbers along the way.

“Students are also a form of worker, intellectual workers, and we have had a policy for several months to support the demonstrations, including (TUC march) and the NUS demonstration next month on the 21st of November.”

Another Union member, who wished to remain anonymous, said that UCLU had a duty to represent the interest of its students, and that it should help, “resist the dangerous ideology  of the current government.”