Take a moment to mourn the good old days

The university closed campus a while ago now, and normal uni life seems a painfully distant memory. Not to be dramatic but we’ve actually started to forget what it’s actually like to be a proper student. Attempts to cling onto university life so far have mainly revolved around nightlife, with virtual Fruity and a Hyde Park house party live stream, but what about uni itself?

Usually you can’t be on campus for five minutes before bumping into someone you’d rather not see, but what’s it like during the lockdown? What’s happened to the pond ducks? Is the “bacon” starting to feel lonely? Has anyone checked if Roger Stevens is still there?

George Stamets, A final year PhD philosophy student, trekked into campus on his daily state approved walk to take pictures of the deserted campus and answer these burning questions.

The results are pretty eerie. 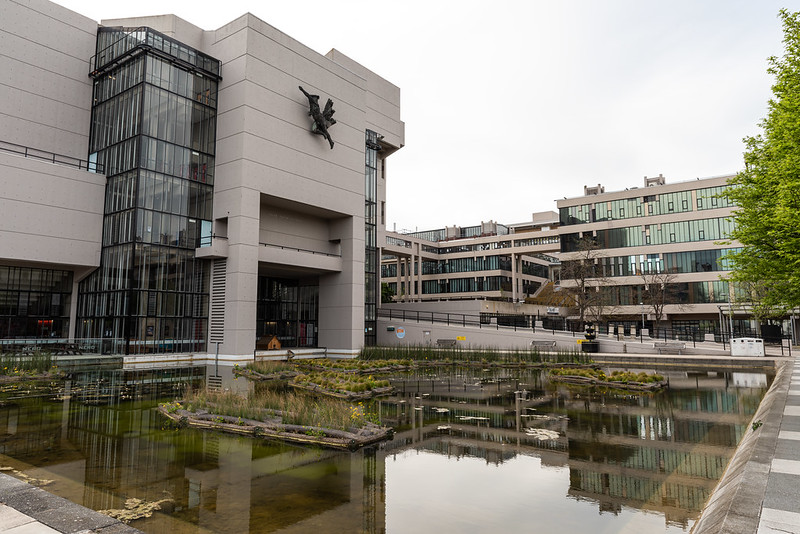 As you can see, no ducks are present in this pic, but the University of Leeds posted on Facebook this morning that they’ve welcomed some newbies to the Roger Stevens pond family, so all appears to be well *phew*.

With no one around, the coast also appears to be clear to tick “swim in the uni pond” off the bucket list. 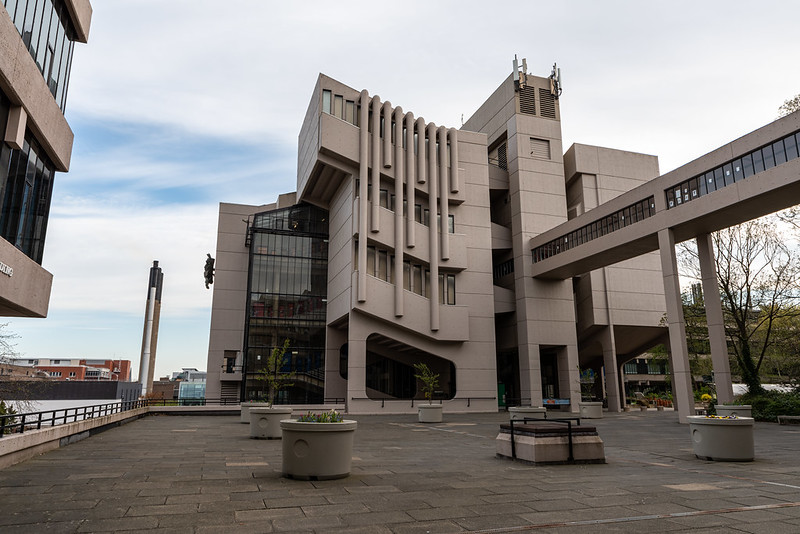 It’s all ok, it’s still here. As the days go by and we’re still torn apart from campus, the brutalist monstrosity that is Roger Stevens is becoming more appealing. Perhaps it’s the rose tinted glasses. Perhaps it’s all the wine we’ve been drinking in isolation. But, Roger Stevens, we miss you. 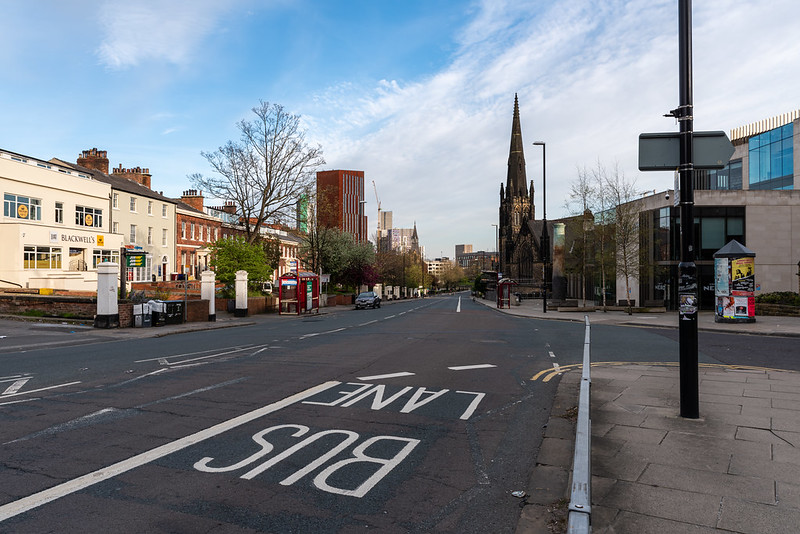 George, who lives between town and campus told us it’s “very surreal” how quiet Leeds is right now. That’s clear to see in this image in which there are no cars on the road meaning, for once, you could actually get your lunch without risking life and limb. 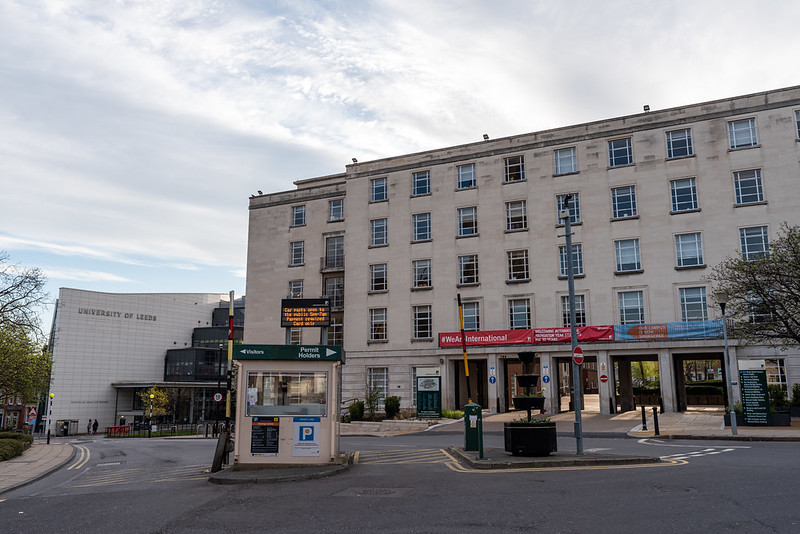 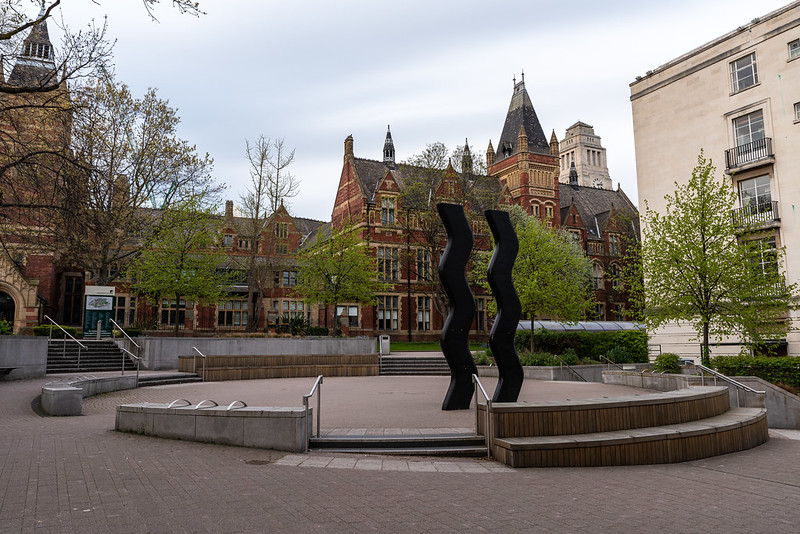 Didn’t know you could feel this way about a statue, tbh

If you were wondering what campus is like while all 30,000 of us are at home, George told The Tab: “The city is quiet, but university campus is on another level of desolate.”

And we can guarantee no one knows this better than the infamous Leeds Uni Bacon sculpture. She’s looking pretty lonely with no one taking pics with her or trying to spider-man-climb to the top. 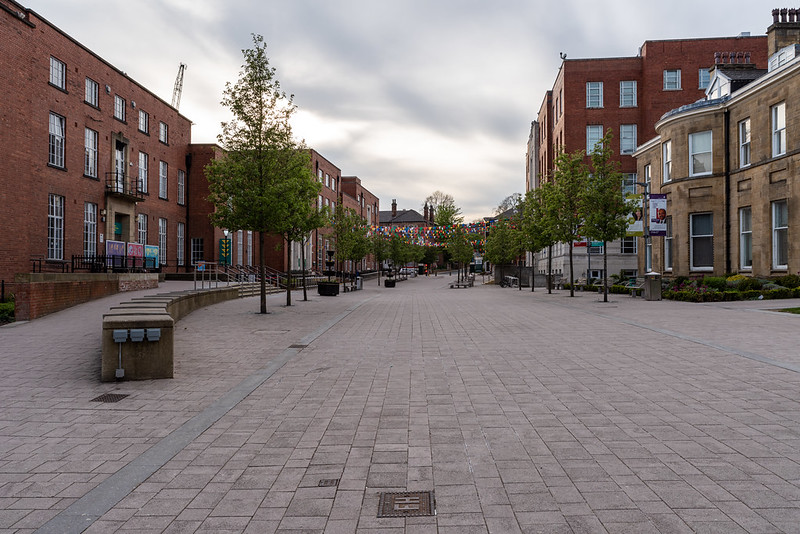 Definitely no one giving out free pizza outside the union today, lads

Despite the bunting still optimistically hanging in the distance, the hub of the student community has never looked so empty. Whilst we can’t pop in for 2-for-1 Terrace Cocktails, grab a potato stack at Old Bar, or drown our sorrows at fruity anymore, LUU are still putting on events and offering support online so we don’t feel too much like we’re not even students during isolation. 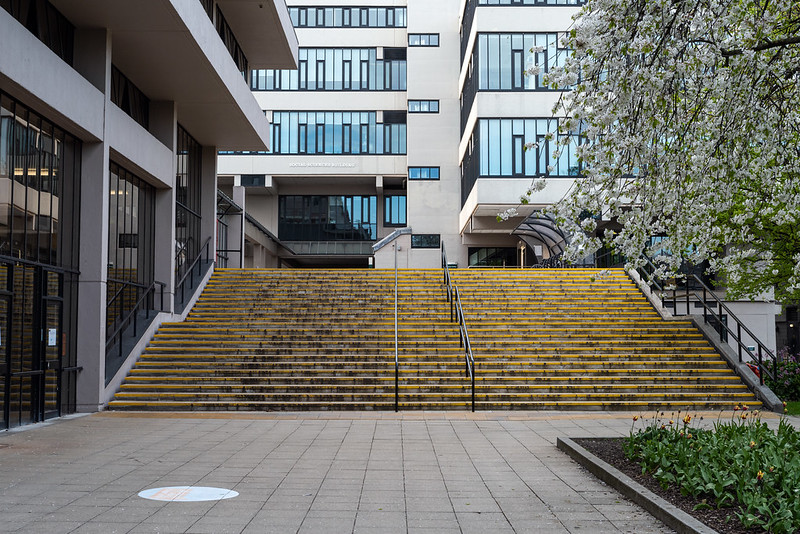 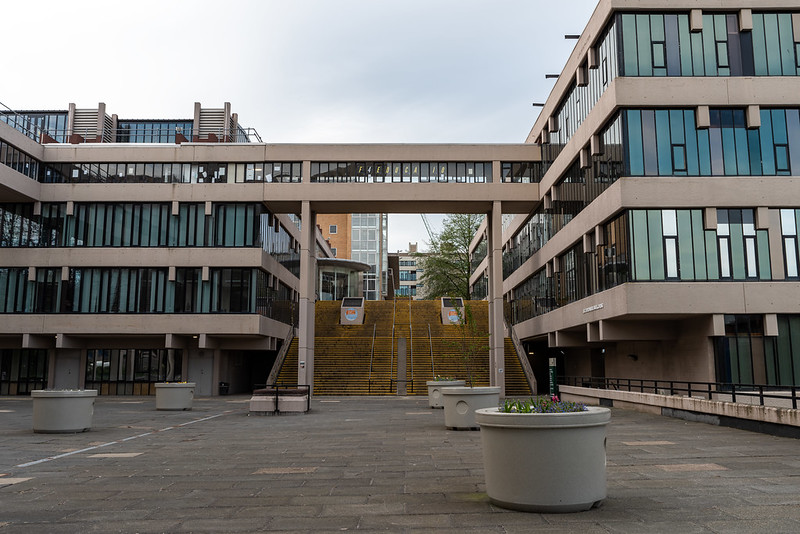 Of his walk and photography, George says wandering onto campus was really refreshing as he’s “not engineered for staying indoors for long periods of time – but we all know its for good reasons and it has to be done.”

Yes, we said we missed every part of uni campus but, we were wrong. Although they look pretty in the pictures, we do not miss these stairs – even if our cardio-vascular health does. 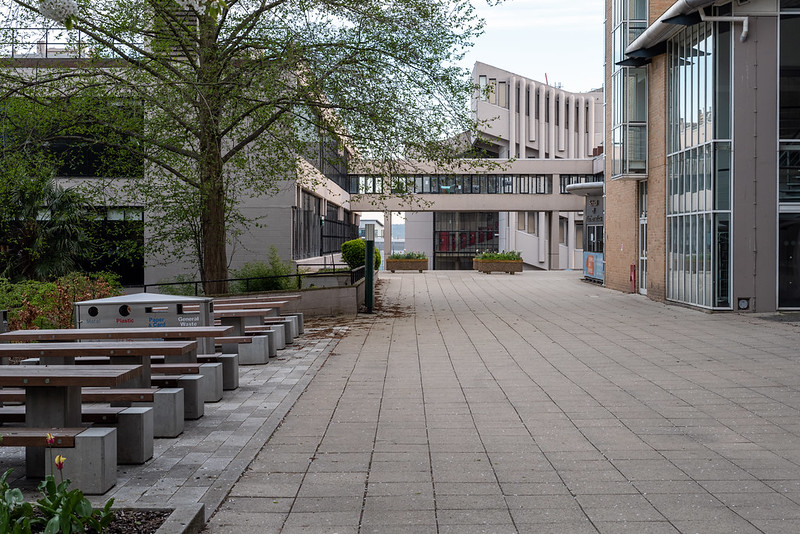 Red Route and outside Eddy B are literally deserted

Sad as it is, we’re really missing being able to work in the library, and so are many other students who are having to DIY workspaces from ironing boards, MDF boards, or their actual bed. It’s not ideal and we miss staring at all the fitties who study in Eddy B to get us through our tedious reading.

Also, does anyone know what all the edgy Leeds people are doing now they can’t smoke outside the Edit Room? 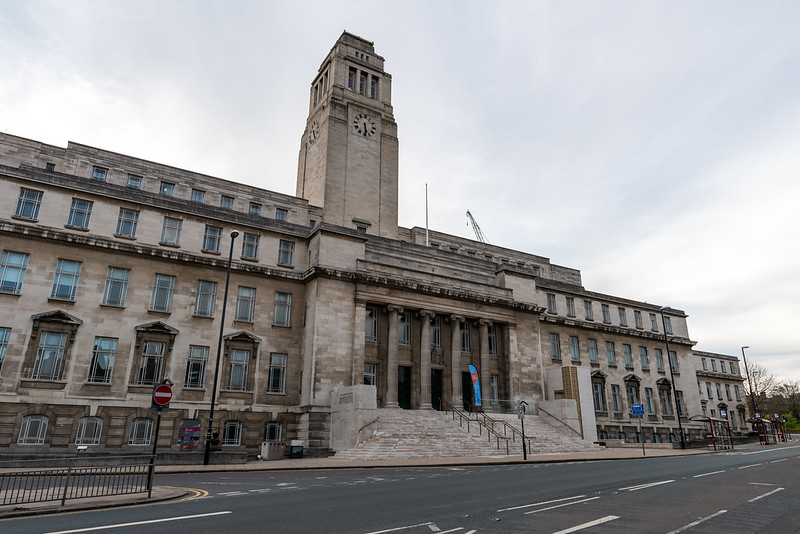 George, who missed his Dad’s 70th birthday and is supposed to be in the US visiting family right now, papped this one of a very lonely looking Parky B. Where this was once a scene of activism during the UCU strikes, it is now a barren landscape with nothing but a lonely flag rippling resignedly in the wind. 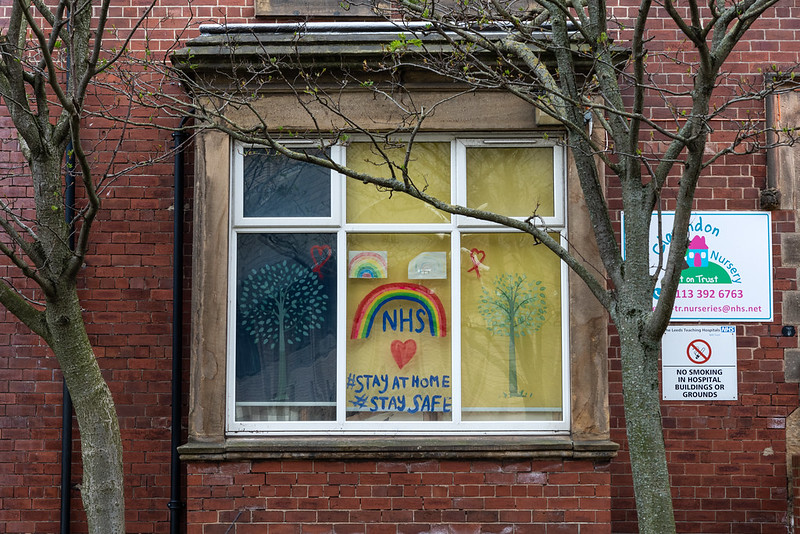 Wholesome content in the Window of Leeds Uni nursery

Not sure we’ve ever seen this building on campus, but isn’t this some lovely wholesome Uni of Leeds support for the NHS reminding us that, as much as we miss uni, our friends, and the pub, it’s so important to stay home and stay safe.

Being from the US, George told The Tab he’s missing family but says “at least here I know I’m covered by the NHS. The healthcare system back home is a disaster for lots of people.”

So, although we miss the ugly concrete slabs of campus when we thought we never could, it’s all for the greater good. And George’s photos have reminded us that uni will be waiting with open arms when all this has blown over.

More photos by George of deserted campus and town can be found here.