Paesano Pizza’s new restaurant on Great Western Road officially opened to the public on April 20th, meaning no longer do West Enders need to brave the subway for a taste of class pizza. 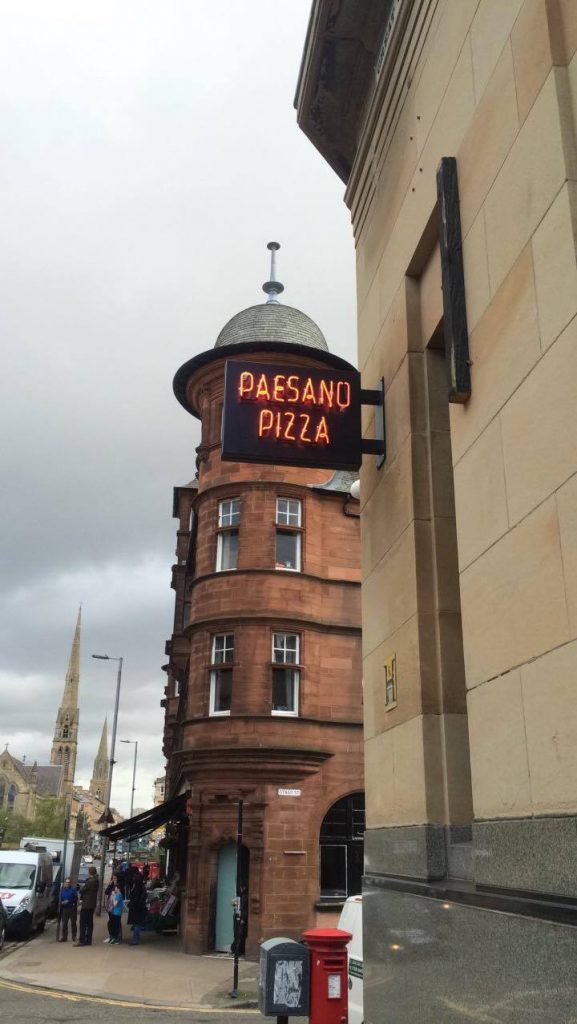 Light at the end of a dark exam tunnel

But does it match up to its Miller Street predecessor? Slightly late to the party due to exams, we eventually went for a sneaky visit to find out. 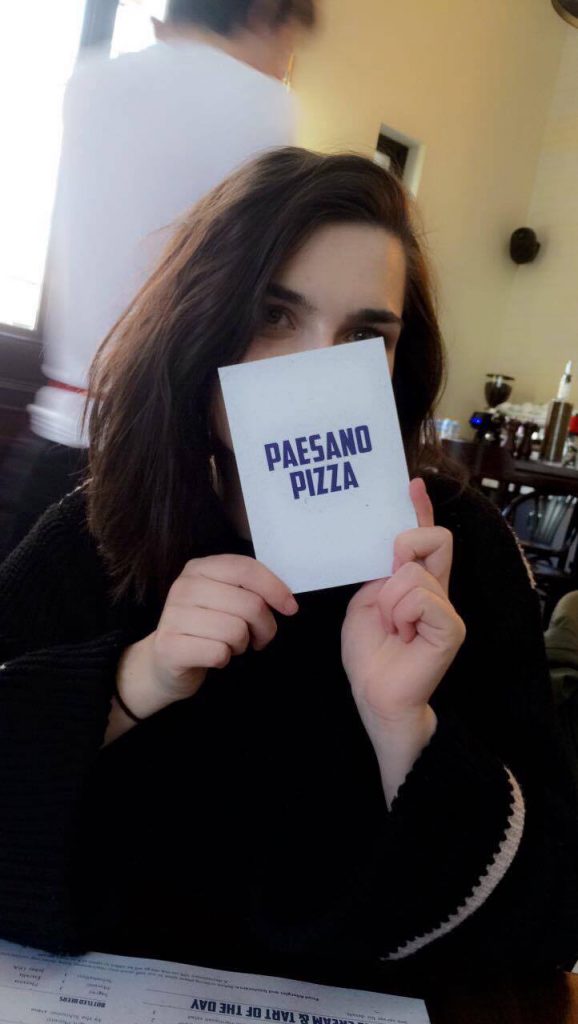 The interior is relatively the same as the Miller Street restaurant, with that instagrammable AF light up sign and the open kitchen where you can see your circular piece of heaven being prepared. It’s lighter, airier and more spacious than the one in the centre of town, meaning (generally) less of a wait for a table. 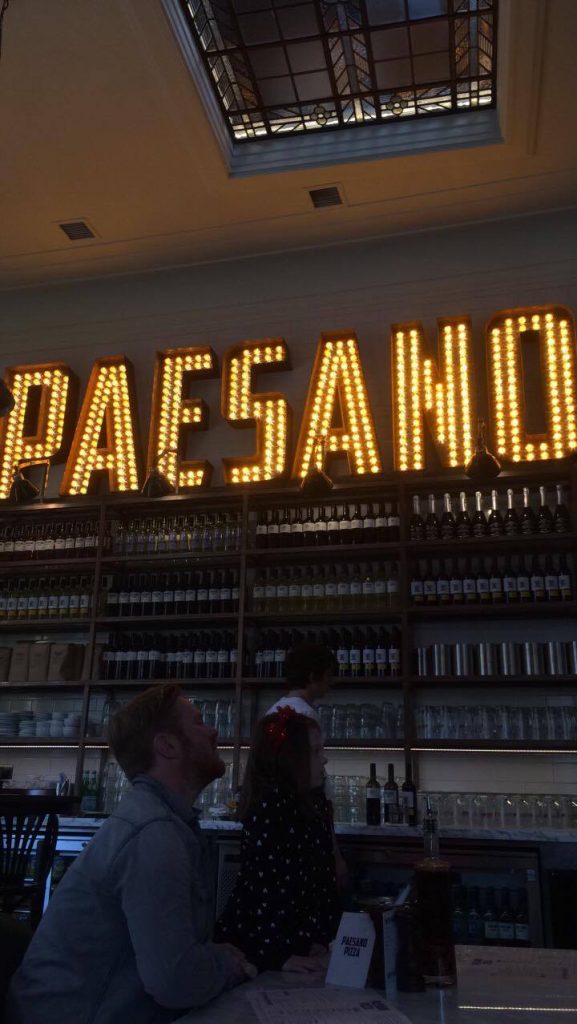 Prices and menu are roughly the same with a few minor changes, mainly one additional pizza with aubergine. For those not accustomed to the menu, there is a selection of pizzas from as little as a fiver to the most expensive being just eight pounds. We’ve heard a classic favourite among students is the number five – prosciutto and wild mushroom with tomato sugo base – which is absolutely mouthwatering, apparently. To be a bit different, we both had the sausage and wild broccoli pizza which was INSANE and only seven pounds – that’s right, SEVEN POUNDS – with no extra charge for added tomato sauce.

Paesano also have specials, which can be pizzas and puddings. We highly recommended the Nutty Brownie which comes with ice cream, too, and this was four pounds. 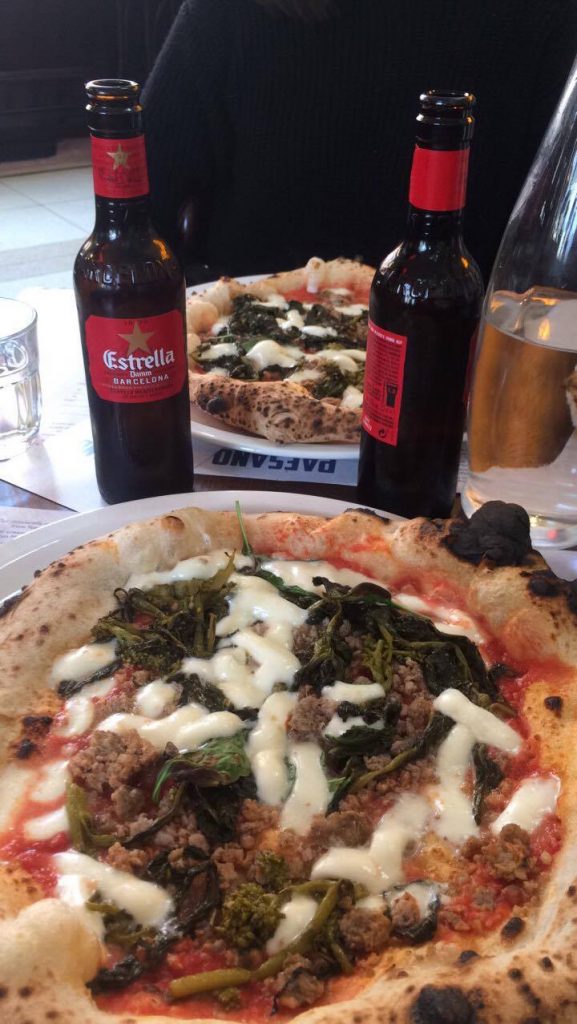 The staff were absolutely lovely and the whole place had a good atmosphere. The only downside to the pizza place is you can’t book in advance, so sometimes you could be waiting up to half an hour to get a seat. However, for pizza this good, we’re not complaining. And once you do get a seat, although it’s rammed and the staff are often running about like headless chickens, you don’t feel pressured to eat fast (although you’ll probably wolf down your plate of heaven in a millisecond, anyway).

All in all, 10/10 would recommend. If you haven’t been down yet, what are you waiting for?