He has nothing to do with Lynton Crosby

Yesterday, Economics and Politics second year Charlie Evans accidentally started the #cameronettes movement, which is now trending 4th across the UK on Twitter – despite it being all a joke.

The tweet, which Charlie sent out last night in reaction to #milifandom being adopted by Ed’s teenage female fanbase somehow started a rival Conservative movement

However, despite his tweet being clearly a joke, his hashtag became the start of a Cameron clan taking to the internet to spread their love for our PM, with a special account even being formed to take charge of the movement. However, this all had nothing to do with Charlie himself.

Sorry #cameronettes #milifandom i need to go to school now. But this will continue later

Things only got weirder for Charlie when today popular social content hub The Telegraph contacted him on Twitter for an interview, labelling him “the brainchild” of the movement and asking him why he wanted to “jump on the bandwagon”.

The second year was quick to dissociate himself with his hashtag, however, telling The Telegraph: “I only sent one tweet. I’m a fulltime student who has a part-time job and has five exams to study for.

“I have nothing to do with the page. Or CCHQ.

“It is rather comical how the Left think there is a ploy that has come from the Tory leadership.”

We're the #cameronettes. Do you want some or what? pic.twitter.com/DSIbCV7Hs3

When asked about his new found fame, Charlie told The Tab: “I hold The Telegraph in utter contempt.

“The person behind the account is some fourteen year-old girl, from what I’ve seen from the Twitter account.
“I gave the second piece to clear my side of the story. It’s amazing what one tweet can do. The lesson I will take is watch what you put on social media.
“Social media is rife with trolls.” 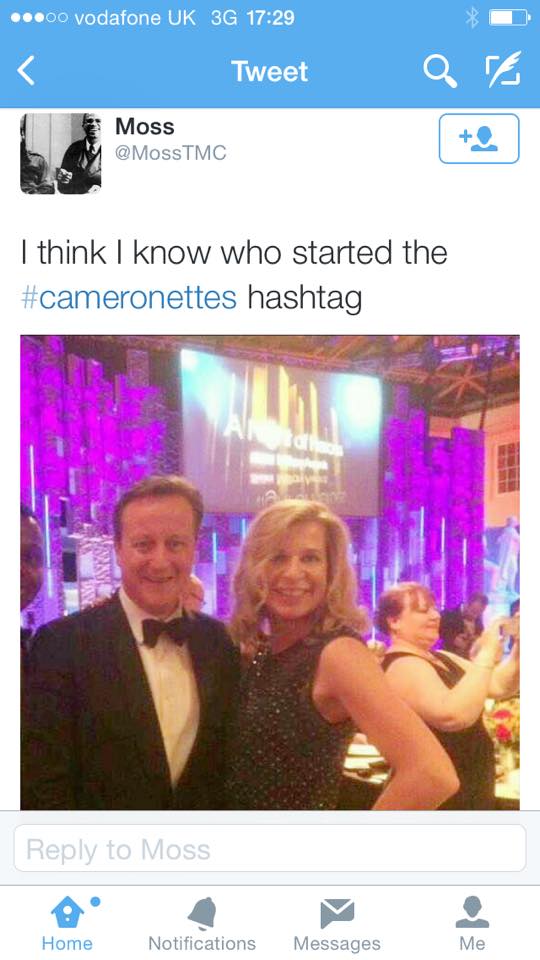