Anonymous Facebook confession page Edifess have deleted one of their controversial racist posts, after releasing a statement assuring followers that "posts that are deemed borderline will be reviewed, but that does not mean that we will remove them".

The page's admins have recently come under fire for publishing several posts in the past month attacking international students and people of colour, the former of which caused a significant uproar amongst followers. 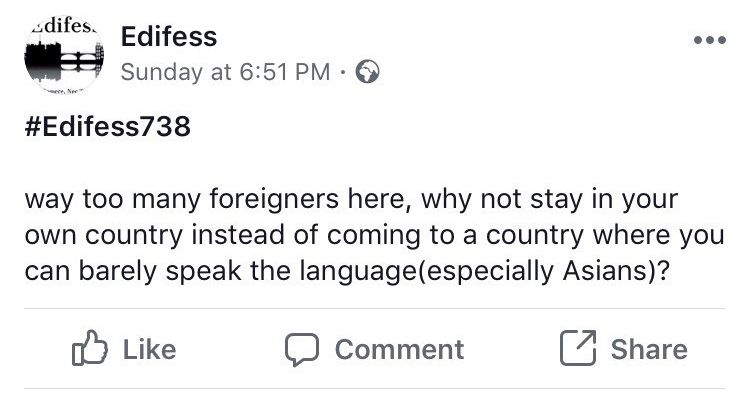 Yet whilst the post published on Sunday 14th October remains on the site, it seems that the admins have removed a post from the 12th that compares black people to "Coco-Pops".

The deletion of this post comes after the admins claimed in their statement that posts are moderated to disallow "racism, hate speech or naming & shaming" and that they "do not believe that it is productive to remove ALL controversial posts".

They also argue that they are "protecting the right to free speech" by letting a wide range of posts through the selection process, and aim for the page to be kept "full of bants and free of hate". 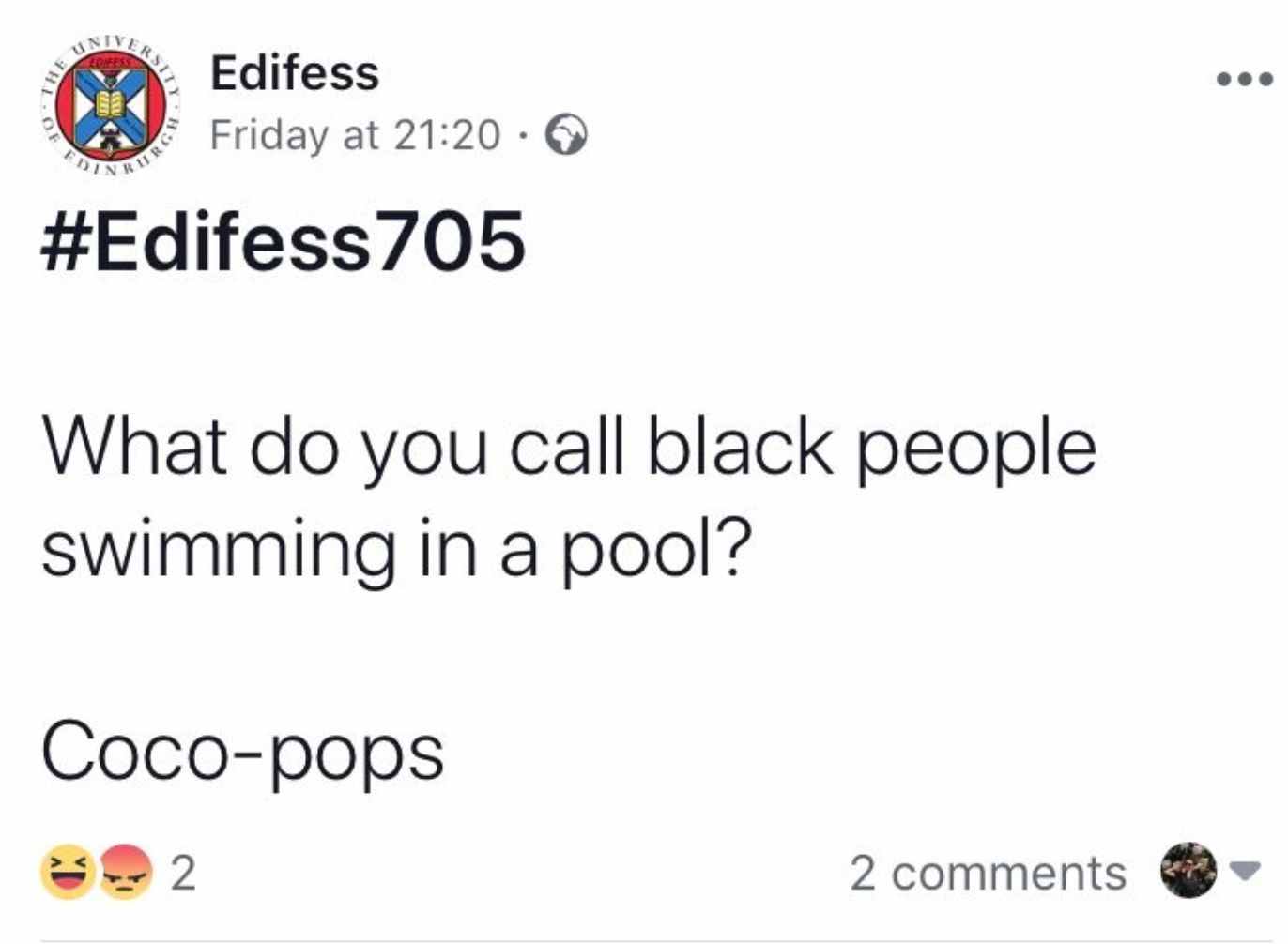