He’s got two phones, one for business and one for pleasure

Most people think that they know all there is to know about Robbie Travers.

Surely there’s nothing more to him than his mane of hair, constant stream of political Facebook posts and arrogant quips?

But, after an hour long phone call, we scratched the surface of this mysterious character. At times, it’s obvious that Robbie is delusional, but beneath his tailored tweed suits and flowing, golden locks dwells a deeply sensitive and thoughtful character. 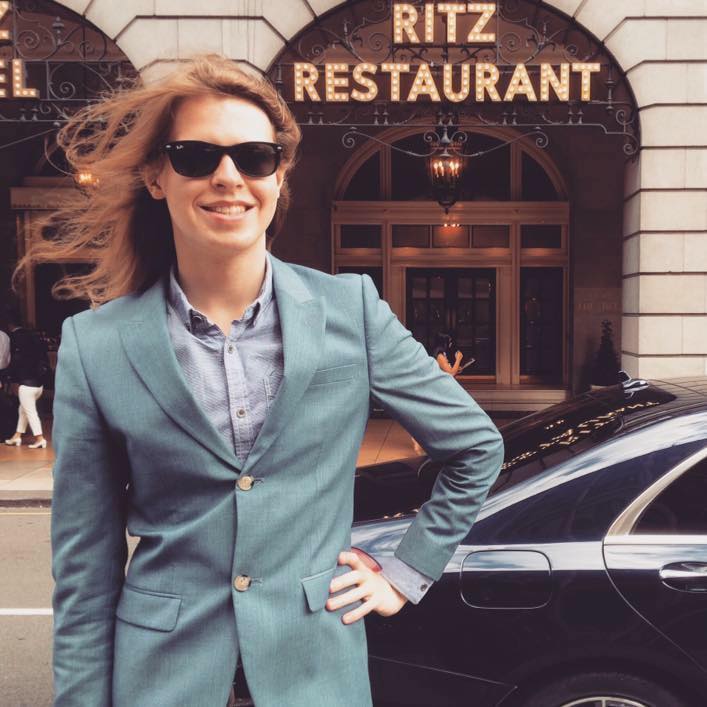 Every morning, he told us, he wakes up and checks both of his phones.

One is for pleasure.

On this phone, he posts snaps of him traveling across the globe. Often accompanied with #VOGUE.

While jet-setting, which he does around 3 times a semester, he told us that many of his online followers request to meet up.

In the last year, he’s made friends from Taiwan and has been requested one of his numerous devoted followers to meet for coffee in Venice. This, of course, comes part and parcel with being a public figure – as Robbie is.

The other phone is reserved for business.

“Oh my god, I’ve got like 15 missed calls”, he casually remarks.

On this phone, he might expect calls from Labour MSPs seeking advice, Liz Kendall – who he befriended at a comedy night – or one of his ‘139 dedicated blog writers’ at Agora. 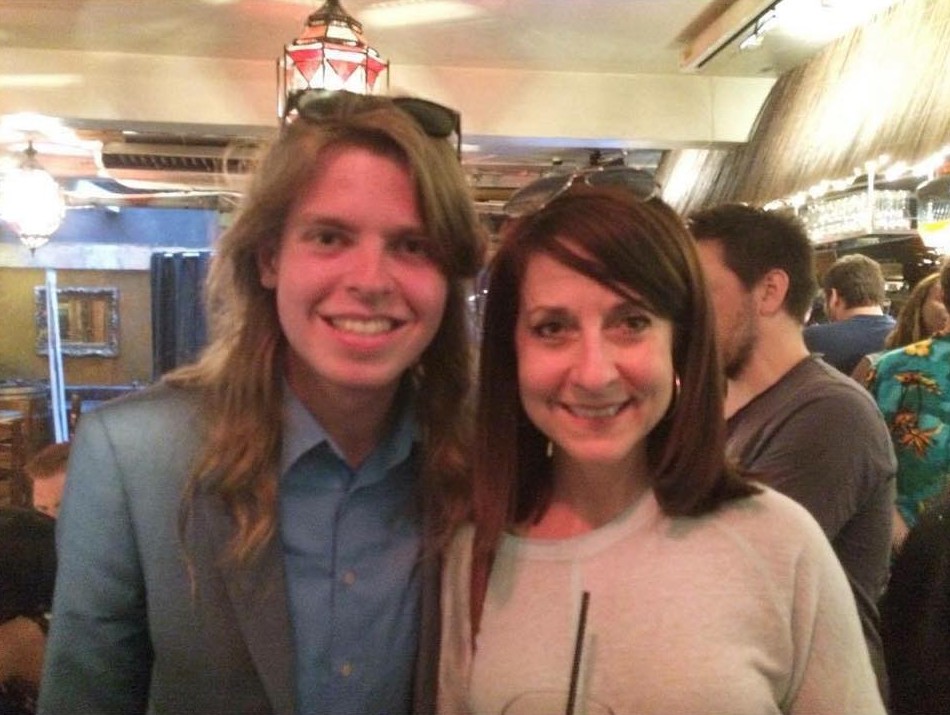 With his m8 Liz x

One might assume that on only two hours sleep a night Robbie would be at the beck and call of his many callers at all times of the day and night.

However, he informs me, he has had to establish a strict two week response policy to reply to emails and messages. It used to be two days.

But in the last year, he says, his readership has exploded and he struggles to keep up with all the many people contacting him.

Fortunately, he has now employed a paid secretary to help him out.

Lucy, who Robbie “allows holidays”, is his administrative helper who answers calls, messages and responds to emails for Edinburgh’s very own political prodigy.

Thankfully, Robbie provided me with his private number and I was able to reach him directly and quickly on the day, clearly a quiet week.

Returning to the topic of only receiving 2 hours of sleep a night, Robbie laughed at the comparison between him and the four-hour-a-night Maggie Thatcher.

“A personality test said that I was very similar to her but, obviously, I’m far more productive and sociable than her”.

Like Maggie, we wondered, can we expect to see Robbie at 10 Downing Street?

“People expect me to say that I already rule the world. Whilst I’d like to, it hasn’t happened just yet.

“But I’d like to think that there might be a future in politics for me. That’s for everyone else to decide.” Considering how divisive a character he already seems to be, receiving both ironic death-threats from pro-lifers and letters expressing admiration from unknown ladies, he may very well be made for a political career.

How to challenge a Tory Government? Not graffitiing a war memorial to commemorate those who died for your rights. pic.twitter.com/9sFkb9evU9

Robbie is aware that his controversial reputation is a result of him frequently misrepresenting himself online.

“I can also talk about football and rugby, if you like. And, sometimes, I just like to go and have a little dance at a party”, he said.

“But being a public figure means that people engage with you as a ‘brand’ rather than as a real person”.

Mr Travers frequently referred to himself as a public figure. Unsurprising, really, considering his appearance in The Tab’s BNOC of the Year competition.

But when pressed on this, he responded:

“I don’t know if I’m super famous but a lot of people definitely know me”. 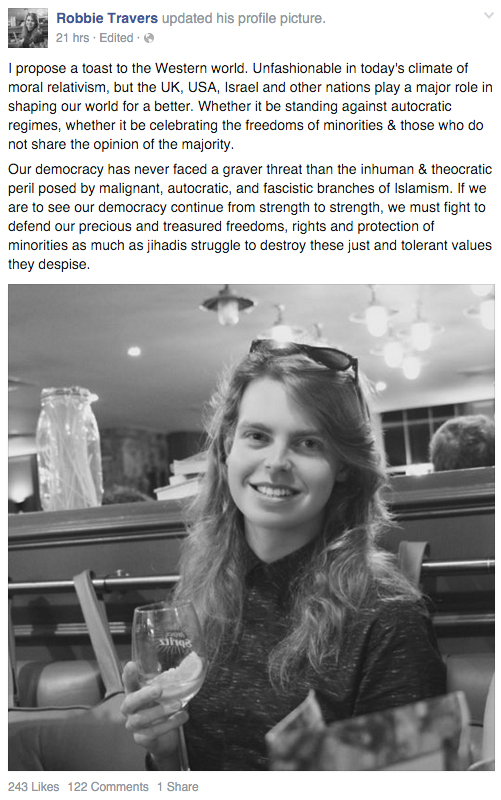 Just a few likes then

Despite living in his own flat on the outskirts of Pollock last year, he was still able to expand his already vast circle of fans across Edinburgh, building quite a name for himself.

In second semester, he decided to move into John Burnett to join the masses. Despite being in Pollock, he only had 3 dinners at the JMCC in a whole semester.

Despite having a humongous group of acquaintances, Robbie still only likes to talk to people at an individual level.

“I’ve never been a member of any WhatsApp groups”, he confessed.

The vast majority of his conversations seem to revolve around the news and geopolitics.

When we asked him what he thought about Jezza Corbyn, Robbie replied that he was “very nice but deluded”.

Perhaps the self-confessed “arch-Blairite” has more in common with Jez than he ever thought.