UPDATE: Police have the situation under control on Cockburn Street.

Passersby kept in the police cordon have now been let out – including those who live on the street.

A police spokesperson said: “This is not a firearm incident.

“Police and fire service are currently in attendance to trace a man reported to be on a roof in Edinburgh city centre.

“The police helicopter has been deployed and a cordon is in place to ensure public safety.”

Latest: the Police have apprehended the suspect.

Around 50 police officers were deployed in riot gear on Cockburn Street at 10pm.

Police helicopters scouted the area for over an hour. 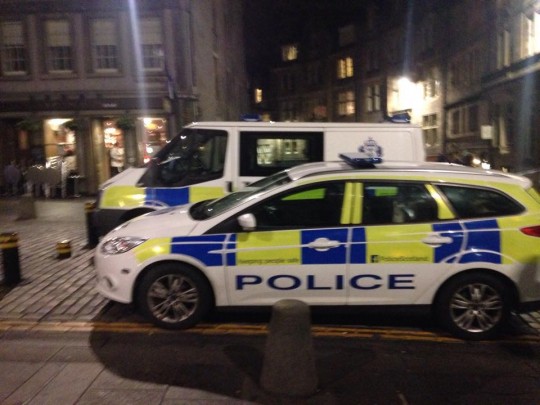 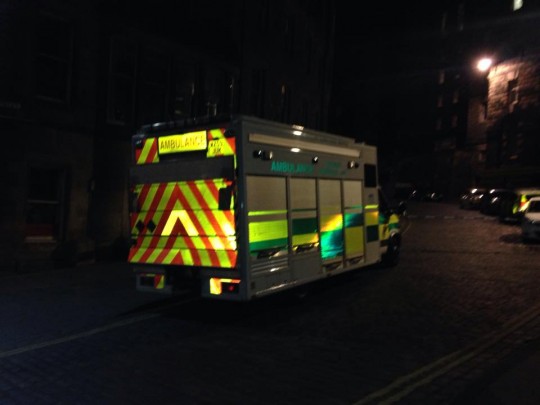 Locals tweeted a reported shooting on the Royal Mile. The area has been cordoned off.

Police at the time told onlookers there was an “ongoing dangerous incident”.

The situation is now under control and the police have confirmed there were no guns involved. 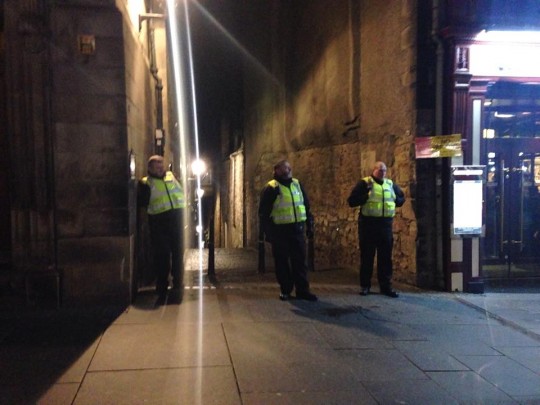 Cockburn street has been cordoned off and police are searching an empty building.

Im Edinburgh for a stag but the roads are cornered off and there's armoured police and helicopters evverywhere. Rumours of a gunman on roofs

One witness said: “The helicopter has been circling for more than an hour shining its search light down over the tops of buildings.

“The police have been warning us all to stay back.”

Many tweets saying a gunman on rooftops in Edinburgh. Lots of police searching.