What is going on? Edinburgh pushed out of top 20 as Dundee become the best Scottish uni for ‘quality of life’

The official university rankings are out –  and Edinburgh has come in even worse than last year.

We’ve plummeted from 18th to 21st in the UK as part of Complete University Guide’s 2015 tables.

And if that wasn’t shameful enough, Dundee have pipped us to the post to be named the best uni for student satisfaction in Scotland. 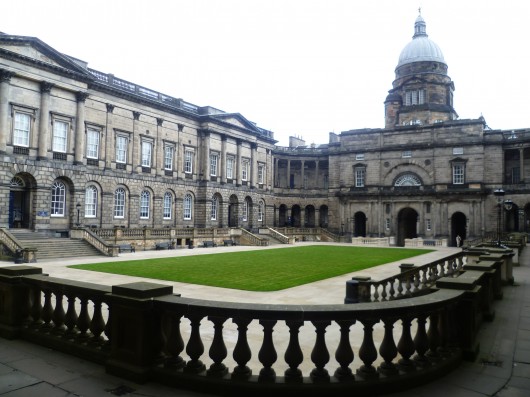 The CUG rankings are based on multiple factors: Research assessment, entry standards, graduate prospects, and student satisfaction are all taken into account. Edinburgh scores highly in every field except student satisfaction. We rank 21st overall, 10th in research assessment, 25th in graduate prospects, and 10th in entry standards.

And Dundee have only gone and done us in the Times Higher Education rankings, where we embarrassingly come in at 122nd (2nd to last!) in student satisfaction. Awkward. They’ve somehow managed scoop the title of best uni for student satisfaction in Scotland, coming in at joint 4th with Oxford overall.

Edinburgh managed to score a glorious 47th in the THE rankings. Even St. Andy’s couldn’t beat Dundee off, coming in at 23rd place. Scumdee no longer it seems. 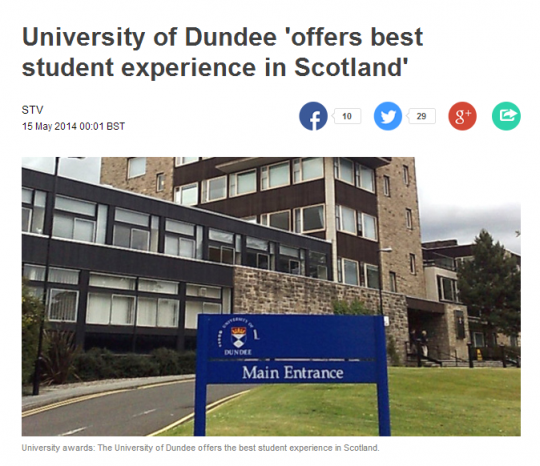 The Times Higher Education Student Experience Survey looks at quality of life, rather than academic results and research.

The survey looks at the quality of things like: staff and lectures, student union and community, social life and extracurricular opportunities, and support and facilities. Well, seems ours aren’t living up to our expectations. Or it was just a bunch of nerds who filled in the survey. 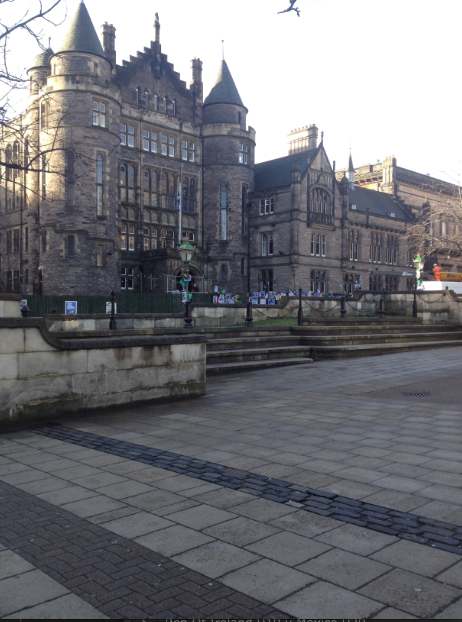 Teviot not living up to our expectations?

Edinburgh’s second uni, Heriot-Watt, who came 33rd overall, managed to beat us at satisfaction and graduate prospects. So despite being ‘officially’ a worse University, students are happier and are more likely to find a job. Maybe we should lay off making fun of them for we while then.

We did beat Glasgow however who came in 30th. Not sure if that’s a consolation or not. 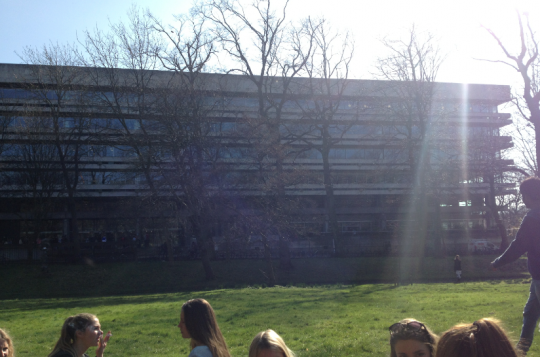 Apparently we don’t love the library.

The humiliation doesn’t stop there. We have been beaten in A LOT of categories by most of our Scottish rivals in the Complete University rankings. Arch-nemesis, St. Andrew’s, were (unsurprisingly) the top Scottish uni, coming in 4th overall, beaten only by Cambridge, Oxford, and LSE. Edinburgh only beat them on research assessment, spending on facilities, and our ‘green score’. 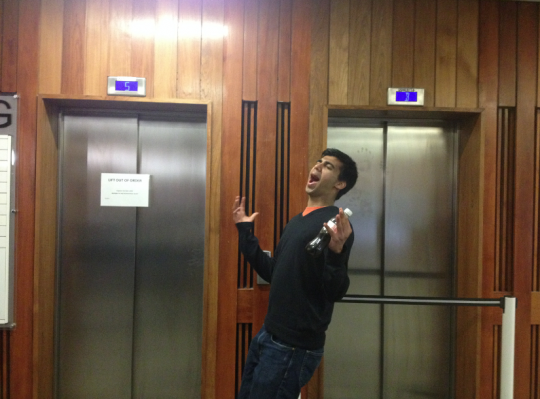 Oh the horror of the broken lifts!

BREAKING: Edinburgh students will not get an academic safety net this year

There is still no response from the uni

Say goodbye to your takeaway pints

How to access free sanitary products during the second Scottish lockdown

Because periods don’t stop for pandemics

Vanessa Hudgens has been spotted filming in Edinburgh again

Why is Edinburgh Uni allowed to slack in teaching but we’re not allowed to as students?

“Students can’t be expected to perform at the same level when they’re not receiving the same quality of education.”

Eight ways to actually successfully complain to your landlord

From someone who used to work in lettings

Google maps, crazy cats, and fluorescent jackets: The diary of a Deliveroo cyclist

If you’re going to make me carry this much stuff, you could at least tip me

Edinburgh Uni’s Main Library will be open despite lockdown

Borrowing books will not be permitted

The honours high jump: why moving between second and third year is harder than it looks

This will be in effect from midnight tonight

The seven types of plant every Edi student has

You had me at aloe

She’s raised over £1,500 for NHS Charities Together

Edinburgh University could have more staff strikes next semester

Pretty sure the app is run by some mute, sun-deprived, loincloth-sporting goblin

There will be protests on campus in the coming weeks