The bomb squad were called into Leith Beer Company at the Shore at 20.30 last Monday evening after a potential bomb scare. 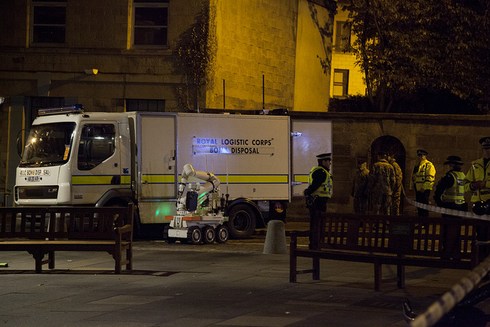 Buses and traffic were diverted and the bar evacuated in order to destroy the “suspicious package”. It transpired to be an envelope filled with paper.

The public reaction was aptly captured in one twitter sage’s comment: “Bomb disposal unit at the Leith Beer Company? Surely the last company you’d bomb would be one of beer?”

Police Scotland are appealing to anyone who may have information on the package.