An email sent to undergraduates this morning has outlined plans to relocate students living in Castle and Hatfield to Josephine Butler as soon as possible. The relocation is a response to Government advice, and is deemed necessary due to the university having access to fewer members of staff.

However, the email also states that rooms in both Castle and Hatfield will need to be cleared of possessions by university employees, in order that they can be used to house members of staff who are deemed critical workers in the fight against Covid-19. 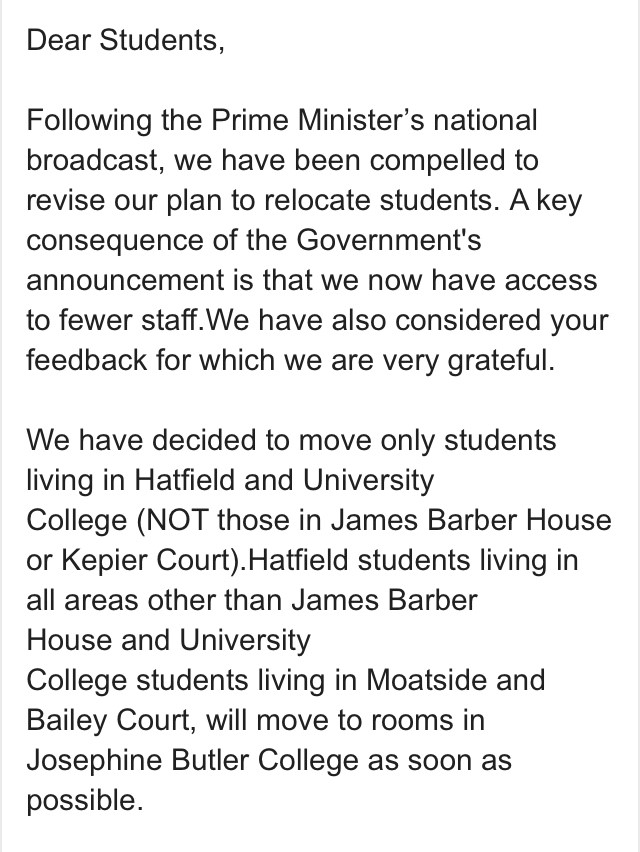 The email, co-written by Sam Dale, Director of Student Support and Wellbeing, and Jeremy Cook, Vice Chancellor (Colleges & Student Experience) states: “Following the Prime Minister’s national broadcast, we have been compelled to revise our plan to relocate students.

It goes on to add: “The rooms we will use in Josephine Butler College have been cleared by the previous occupants of possessions. Plainly though, in order to make them available to critical workers, we may need to clear rooms in University College and Hatfield. We will inform all those affected before we move their possessions”. 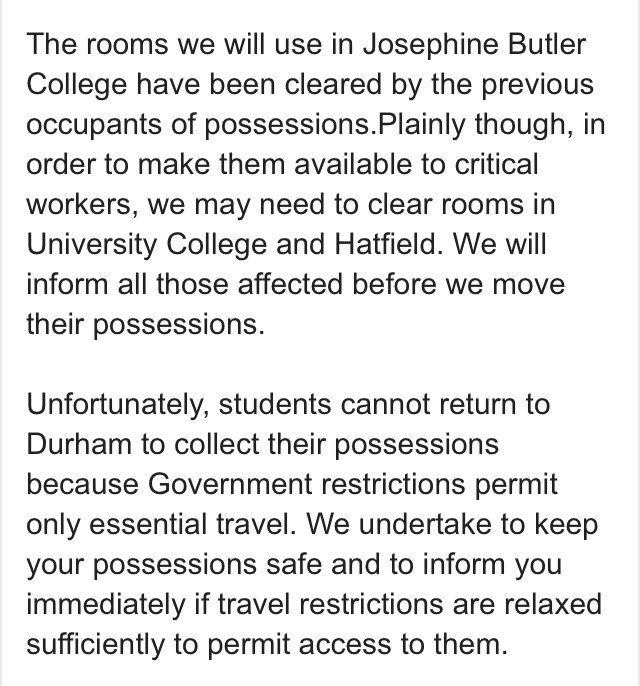 Since Government restrictions now only permit essential travel, students whose rooms are required will be unable to return to Durham to collect their belongings. The email states: “We undertake to keep your possessions safe and to inform you immediately if travel restrictions are relaxed sufficiently to permit access to them”.

Although only Castle and Hatfield have been affected by the move so far, the email also comes with a warning that further rooms may need to be accessed, and therefore cleared in the future. However, they add that these are likely to be enforced by local authorities, rather than the university itself, and that any updates will be passed on to students as soon as possible.

Though a necessary move in terms of protecting the health of those still in Durham, the move has sparked concern among students that staff removing personal belongings is an invasion of privacy, and might lead to the unearthing of sensitive information, such as medical prescriptions, which they might not have wanted other people accessing.

Many colleges did, at the end of last term, advise those living in to remove all belongings from their rooms, though this will perhaps not have been possible for students relying on public transport, or international students with baggage restrictions on what they could take on a plane. 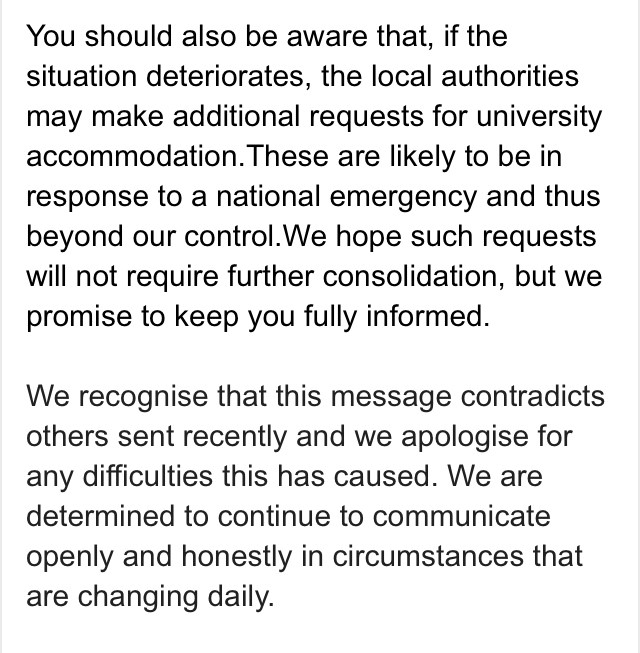 One first year at Grey College told The Tab Durham: “At Grey, we were told to take everything home with us, and although unlikely, our rooms might need to be cleared by college staff to use for NHS staff.

“The prospect of someone else going through my things is really unsettling. I was going to leave my medical box behind, before my parents insisted on taking everything home with us. It must be very worrying for people not lucky enough to have a lift home.

“It is an invasion of privacy- who wants someone going through their condoms, pills, and all other things that have been left behind? Not me”.