He had been handing out leaflets about rising accommodation fees

Durham University has apologised to president-elect of Durham Students' Union, George Walker, who was "escorted from university property" during Saturday's Open Day.

The future DSU president, who had been handing out flyers about rising accommodation fees to prospective pupils and their families, claimed in a Twitter thread that two university security staff approached himself and postgraduate academic officer-elect David Evans at around 11:15 on Saturday morning.

The University has since claimed that the security staff mistook the students for promoters of a private business.

Professor Alan Houston, Pro-Vice-Chancellor (Education) at Durham University, said: “A member of staff mistakenly believed that the students were not members of the University and were handing out flyers for a private business."

“Durham is strongly committed to the principles of freedom of speech. I am deeply sorry for this incident, and will be contacting both students to discuss what happened.” 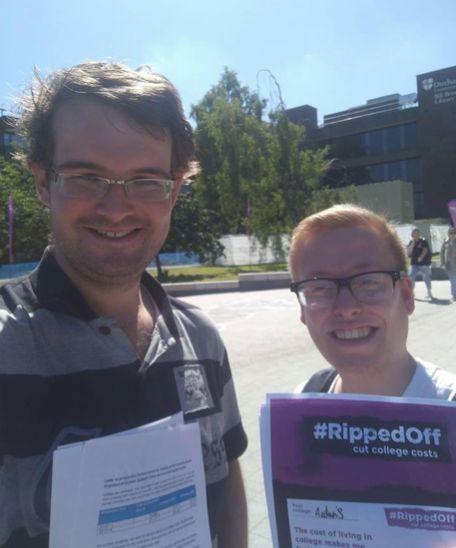 Speaking to The Tab Durham following the statement, George explained that he had not yet received any further contact from the University about the matter, expressing his surprise at their response.

"Staff who approached us told us we were being asked to leave because we were taking part in an 'unauthorised protest'," he said. He added that there was no mention of the flyers at the time, which he claims they could have checked.

Current DSU president Megan Croll took to twitter to express her frustration at the University's response, saying: "I wish I could believe that this was what genuinely happened. Thought they were a private business? Didn’t think to check the flyers? Bullshit."

I wish I could believe that this was what genuinely happened. Thought they were a private business? Didn’t think to check the flyers? Bullshit.

Nice to see a response to the actual problem of the fees Alan. @durham_uni when are you gonna stop embarrassing yourselves? https://t.co/K6Hts0thqJ

Above all, however, George and other Durham Students' Union officers have shared their disappointment at the University's lack of response to the accommodation fees issue itself.

"Rather than attempting to shut down criticism from student representatives, I think the University would be much better off instead addressing the concerns being raised about the affordability of the student experience at Durham," says George Walker.

In a long post on the DSU website yesterday, Megan Croll provided an update on the #RippedOff campaign, expressing her frustration with the University for it's lack of willingness to fully respond to student concerns.

"Just weeks before [the Open Day incident] I had presented a 13 page proposal to the University’s advisory committee on fees, detailing the strong case for and deep student concern over raising fees and outlining why these raises can’t continue. The University provided a whole 59 word response to our 13 pages," she wrote.

Croll's update highlighted the work that the DSU has been doing to bring the accommodation fee issue to the forefront of the University's consciousness, despite the University's clear unwillingness to discuss the matter. 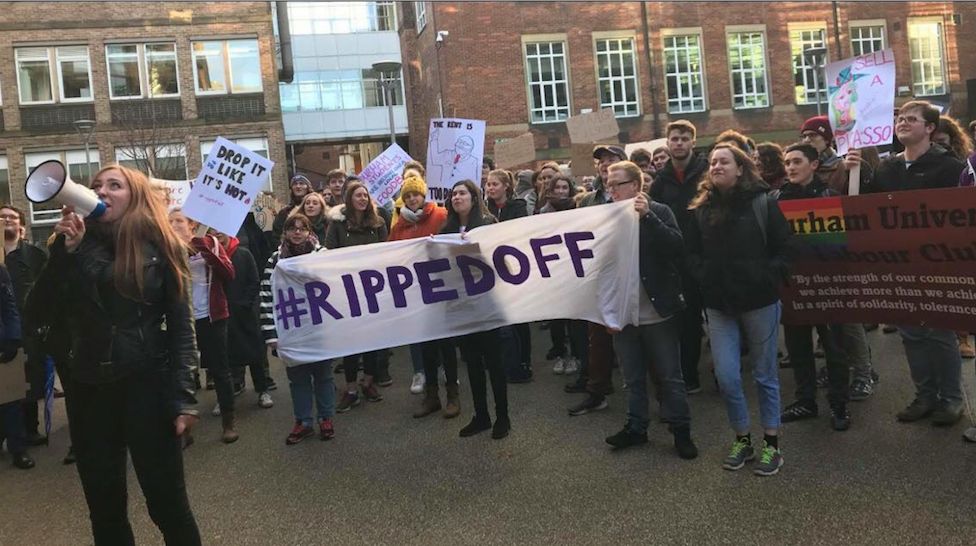 The DSU's #RippedOff campaign is a response to the University raising accommodation fees for the last nine years. It has so far successfully campaigned for transparency in terms of how accommodation fees are actually spent, as well as pushing for more pricing options and differential pricing.

This year they are planning to continue campaigning for an increase in available grants and bursaries, as well as pushing for "accommodation fees to be set at what they would have been had the University been using RPI for the last nine academic years".

"Too many students have told us about getting here, only to fall under enormous financial pressure, unable to take part in the full Durham experience, or to feel excluded because increasingly few students from lower income backgrounds choose Durham as the cost increases," says Croll.

Whilst the incident at the Open Day now appears – in the University's eyes – to be have been dealt with, Megan and the other DSU officers have made it clear that they will continue to put pressure on the uni to address the wider fees issue more transparently and make clear steps to address student concerns.