With interviews and applications to work in May Week coming up, it’s worth noting that many colleges do not only take advantage of their full-time staff but also their student workers during these Balls. And what’s worse, it isn’t even the colleges themselves that decide how much to pay their workers – it’s the student-run May Ball Committees.

Shockingly, several of the junior roles offered by the SJC (St John’s College) May Ball 2020 aren’t even paid. No, you didn’t misread that. Despite being Cambridge’s second-wealthiest college, set-up and clean-up workers for St John's May Ball get compensated for their six-hour shifts with a paltry £8.20 per hour in the form of a £49.20 discount for the 2021 May Ball. This results in the ticket for the 2021 ball being reduced from an extravagant £182.50 to a still considerable £133.30.

Not only is this a pretty inconsequential discount (approximately 25%), it effectively ties you down to buying a ticket for the 2021 ball. A potential applicant for a junior role described this scheme as “not even paying workers, but giving them the ‘right’ to pay them [SJC May Ball] money the next year.” What's more, John's do not offer the half-on-half-off working scheme that some other colleges do, meaning that the only option for recompense is this inadequate payment. 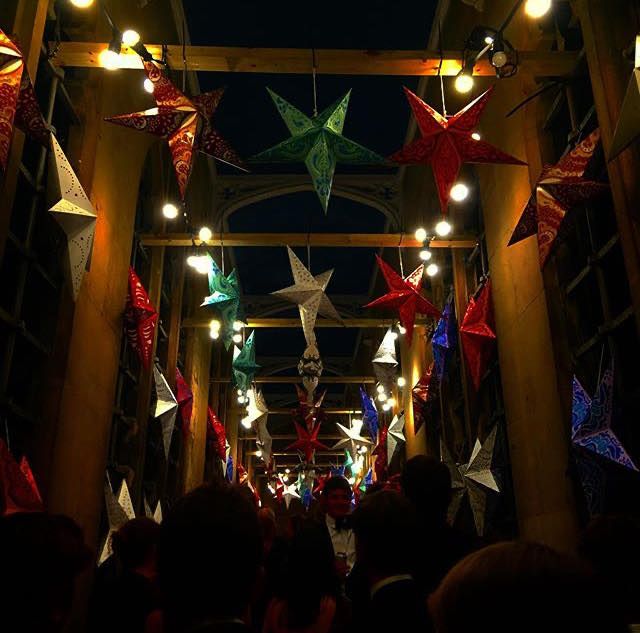 The Bridge of Sighs at SJC May Ball (Photo credit: Eve Machin)

In comparison, many other events such as the King’s May Ball, Pembroke May Ball and the Emma June Event are committed to paying their workers the living wage, and Homerton even offers £10/hr. The payment John’s offers, £8.20/hr, is minimum wage for 21-24 year-olds in 2020, which is in keeping with the earnings for junior workers at the ball last year. This certainly does not reflect well on the May Ball committee, considering the many fancy committee meals and outings that occur throughout May Week. A member of a sub-committee from a previous SJC May Ball reported being taken for an all-inclusive three-course meal including drinks, and while committees and sub-committees do work incredibly hard (and deserve to celebrate this), they clearly have the capacity to pay workers the Living Wage. So why don’t they?

Although a few May Balls offer lower priced tickets for students on full bursaries, sadly SJC is not one of these. For those of us who, for whatever reason, are not eligible for reduced price tickets (yet not able to afford a ticket out of pocket) or want to go to Balls that do not offer them, working May Week is a fairy godmother – the only way we can afford to go to the Ball. This plan tends to fall through though, when workers aren't paid until as much as two months after the event.

Workers of last year’s ball describe having been offered no food, coffee or even water in their 30-minute break times, as well as having to chase down gatecrashers due to a lack of security guards. Yet more troubling is the overlooking of reports of guests getting aggressive, and even of harassment of workers by drunk students – you have to wonder whether this fairy godmother is even on our side.

SJC May Ball needs to raise its game. Thankfully, it should only take three simple steps:

1. Pay your workers the Living Wage properly and on time

2. Give them food and water in their breaks