Review: How does it feel?

Thought-provoking, warming and funny: a must-see

Cambridge’s Michaelmas term, although disguised well by numerous freshers (or re-freshers) week activities, society initiations and boozy club nights, can be an intense and even lonely eight weeks. Far from home, from friends and from family who have inevitably grown to accept our weird and wonderful quirks, the prospect of forming new friendships and adapting to a new environment can be daunting. It brings into question the idea of identity: what image of ourselves do we present to others around us? What characteristics distinguish us from others? What thoughts do we have about ourselves? The concept of self-identity is a shared struggle among us all and reminding each other that we are not alone in the hardships we face is crucial. Therefore, I urge you, before the end of term, to get down to Corpus Playroom and see the thought-provoking and warming performance of ‘How does it feel?’. 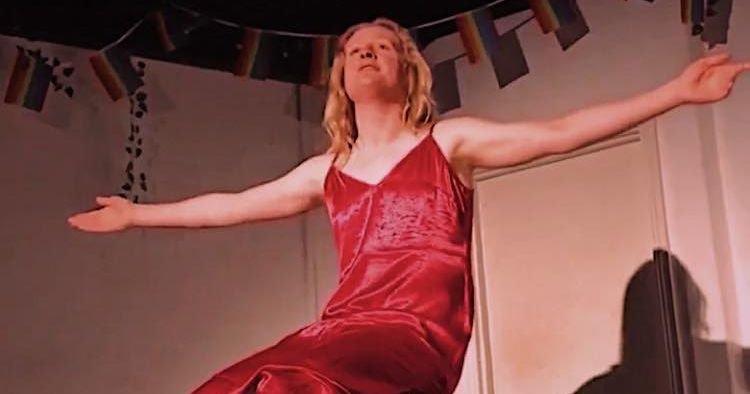 ‘How does it feel?’ is a collection of candid stories of growth, struggle and acceptance that present a refreshing and often unheard perspective. Packed with an extremely varied array of honest and compelling stories of LGBTQ+ battles and unspoken truths, it is easy to see why this concept is returning for a second year. 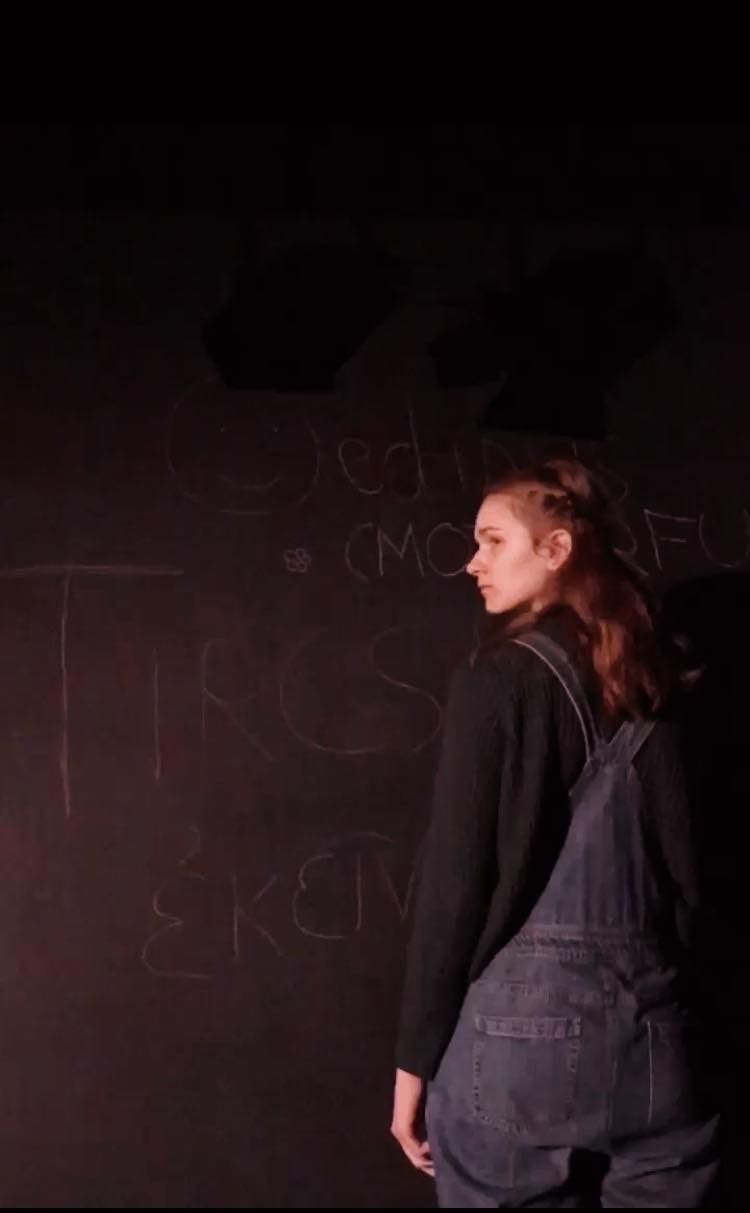 Promising to be warm, funny, informative, emotional, fresh and most of all, honest – emotions I didn’t initially believe I had the capacity to feel all at once – the performances did not disappoint. As the lights went down, I almost immediately found myself laughing at the light, self-deprecating comedy. The instant breaking of the fourth wall was effective in creating the warm and friendly atmosphere that allowed the cast members to speak so candidly about their seemingly raw experiences. Topics such as sexual abuse, self-harm, homophobia, transphobia and ableism made for heavy viewing, although this was alleviated to an extent by the relatable and often racy humour. The entirely LGBTQ+ cast worked well together, and the spotlight monologues were effortlessly hilarious and emotive; Thea and Thomas in particular gave strong performances. The historical accounts, intertwined with personal stories, were excellently juxtaposed. 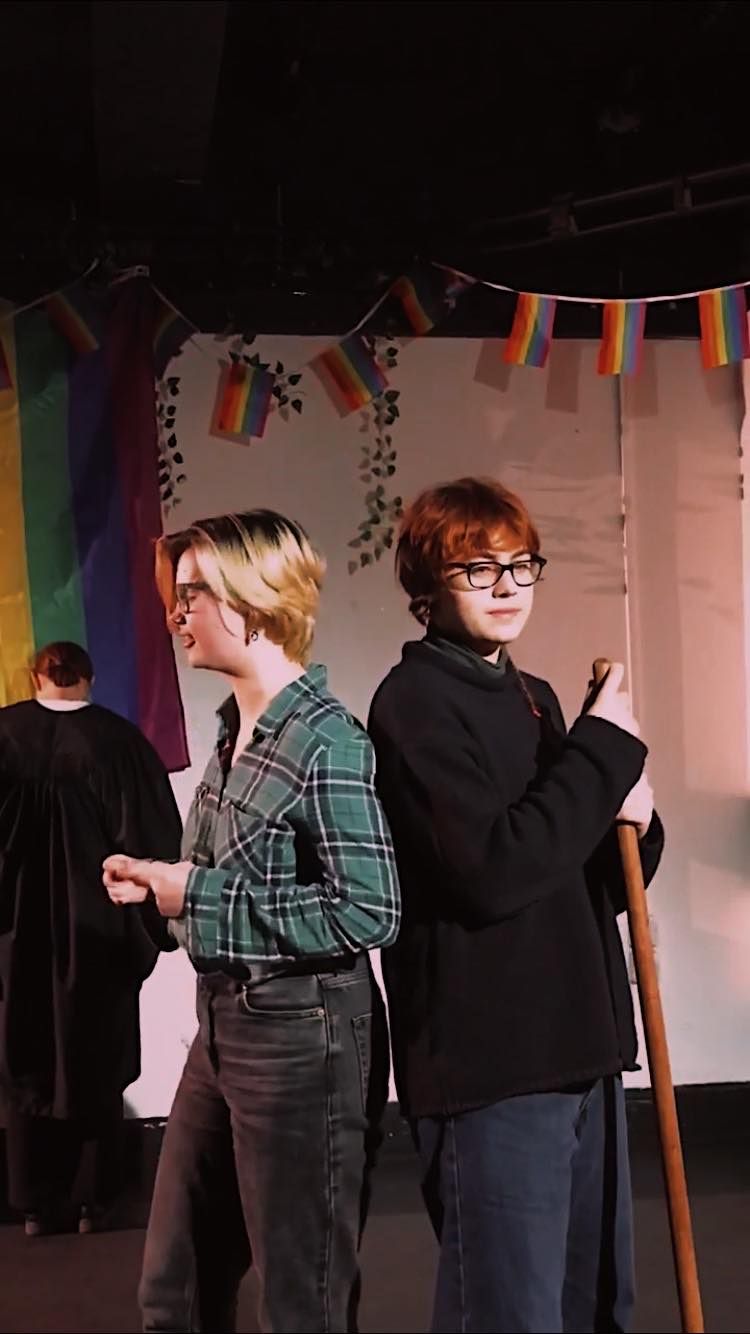 The performances concluded in a risky and untypical fashion. In total darkness, in order to offer a safe and comfortable space to speak openly, three of the cast members invited the audience to share some of their own LGBTQ+ experiences. Though quiet at first – and probably surprised at this invitation – the audience enjoyed a warming moment of shared reflection. Ultimately, this was an extremely successful and unique part of the production, to the credit to the directors, that made up for previous untidy transitions and occasional out of character laughing. 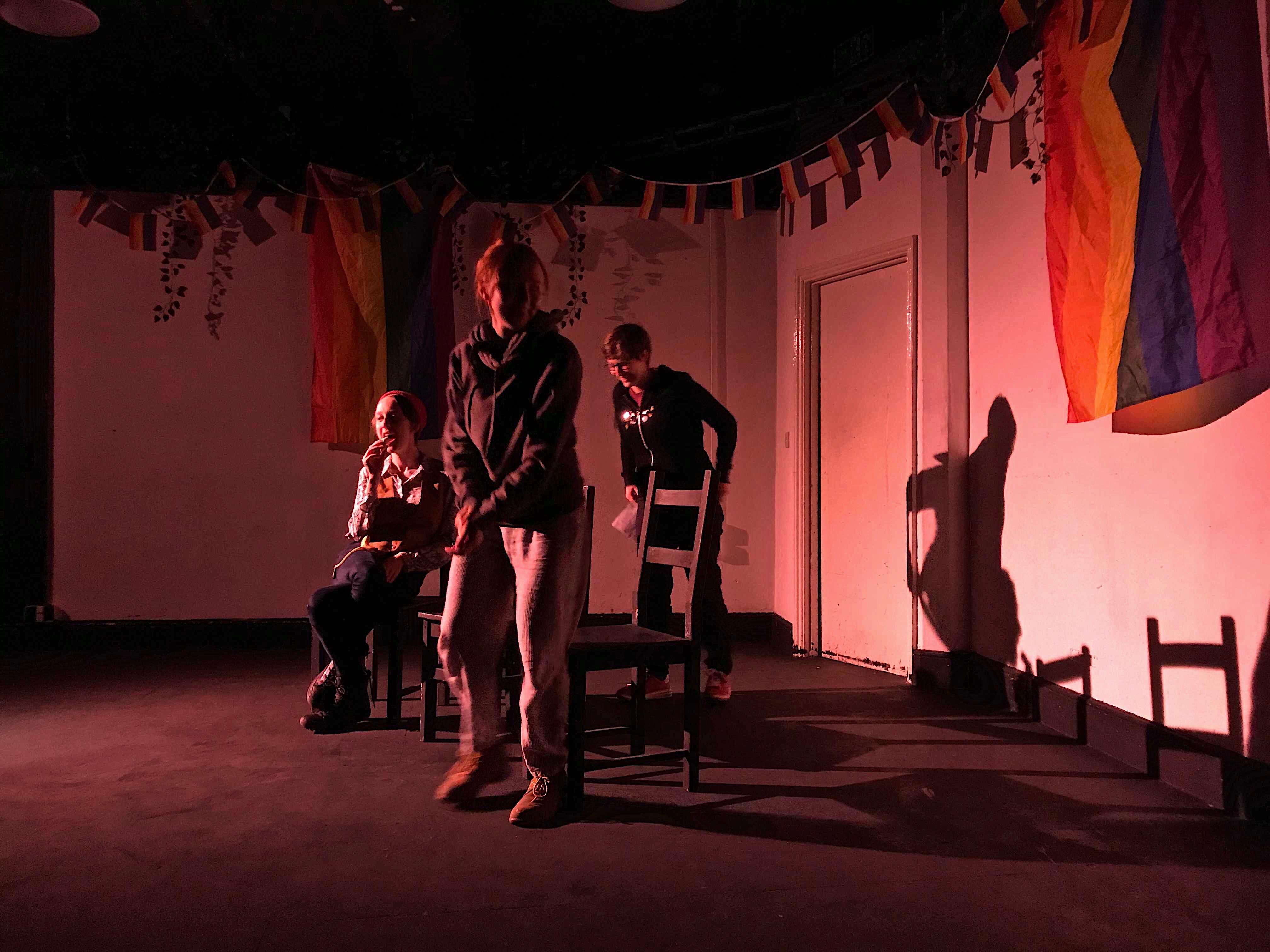 A particularly impressive aspect of the performance was the sound design, done by Charlie Bentley-Astor. Infamous voice notes that sufficiently summarised the common prejudices of gender and sexuality within the media effectively transitioned each short sketch, stand-up, naturalist (or sometimes absurdist) piece. This was an important aspect of the performance that provided a short time for audience reflection during the often unpolished and chaotic scene transitions. A particular highlight was hearing the ever offensive and displeasing words of Piers Morgan discussing his insensitive views on the idea of learning about gender within schools. Piers Morgan acted as an effective tool for the production’s vehicle of protest against these dated and offensive thought patterns. 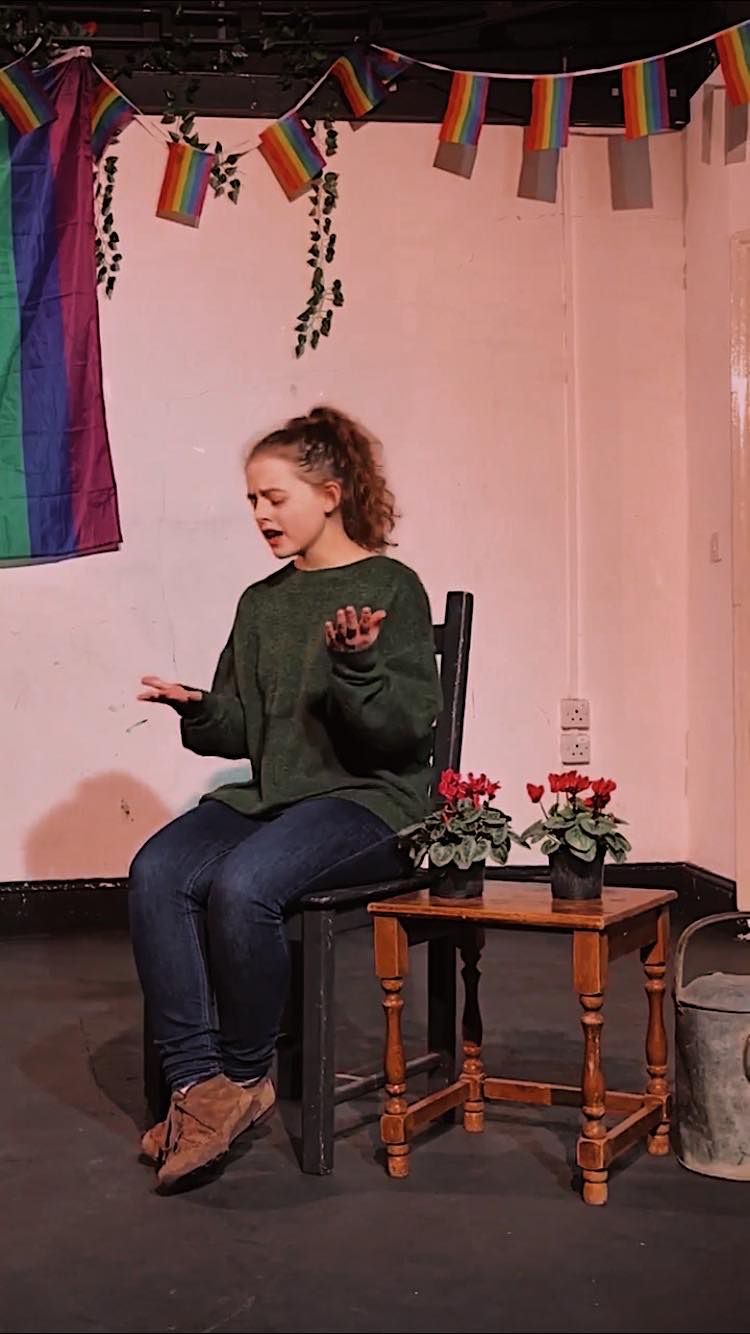 The set was fairly underwhelming but still effective. LGBTQ+ flags littered the white walls as an obvious, colourful celebration of pride and acceptance. Each audience member was also provided with an LGBTQ+ flag, which was a nice touch to encouraging audience participation, while also heightening the overall take-away message of the piece; community and alliance with people of all sexualities is vital for progression. The staging again was fairly limited, though the intimate space, as well as frequent spotlights, added to the emotive, personal performances.

Overall, while the production at times lacked some fluency and professionalism, the production was saved by the harmonious cast's openness to speak about such important and personal LGBTQ+ struggles. I can only thank the entire cast for sharing their stories.