Celebrities at the picket line and club shutdowns

Billy Bragg, the activist singer-songwriter, joined the rally in support of the striking lecturers on King's Parade yesterday (Wednesday 27th). Reported quotes from his speech include "it's my job to be here: I'm Billy Bragg".

Why go to his (sold out) concerts at the Junction this week when you could just go to a rally?!

Outside Sidney, the phrases "FCK BORIS" and "VOTE VOTE VOTE" have been graffitied. No one can argue that Cambridge isn't politically active at the moment. 😅 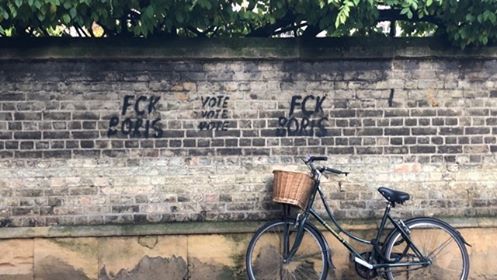 Opposite Mainsbury's for maximum effect

At Peterhouse formal, the starter was "Polenta crushed dill, served with celeriac". The picture makes those words make sense.

This provoked much anger among Peterhouse students, who pay £8 per formal. This particular starter has been served once before, to much disappointment, and so its reappearance caused much upset.

If you fancy some free Peterhouse formal food though (I can't promise its going to be good though) their choir are recruiting a Soprano! Three free formals a week!! I bet the applications are rushing in!!! 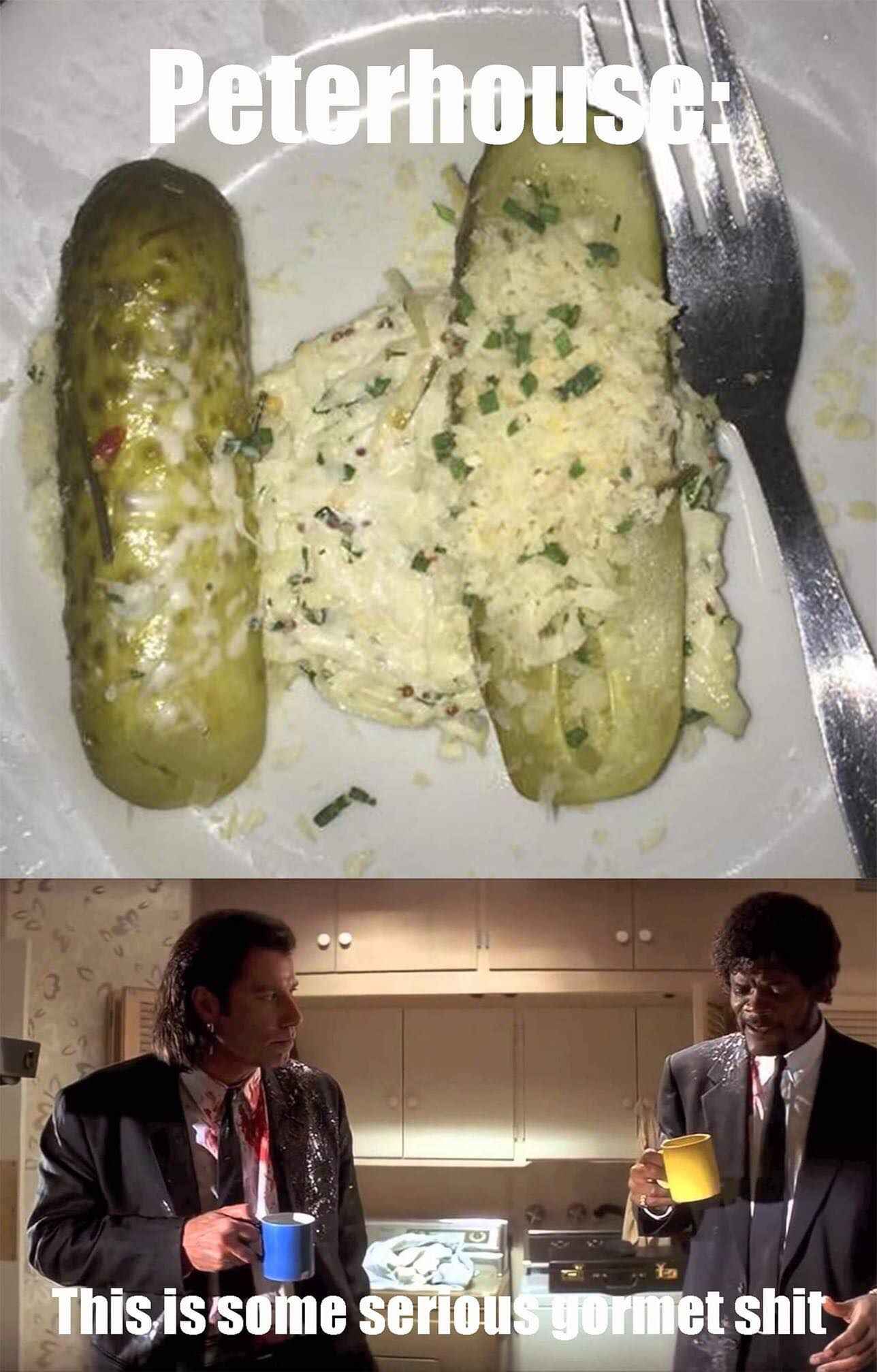 Bridgemas was on Monday, and many students had wholesome flat/house/friendship group Christmas meals. Or at least those with an oven did 😡 (I'm still not over not having an oven). 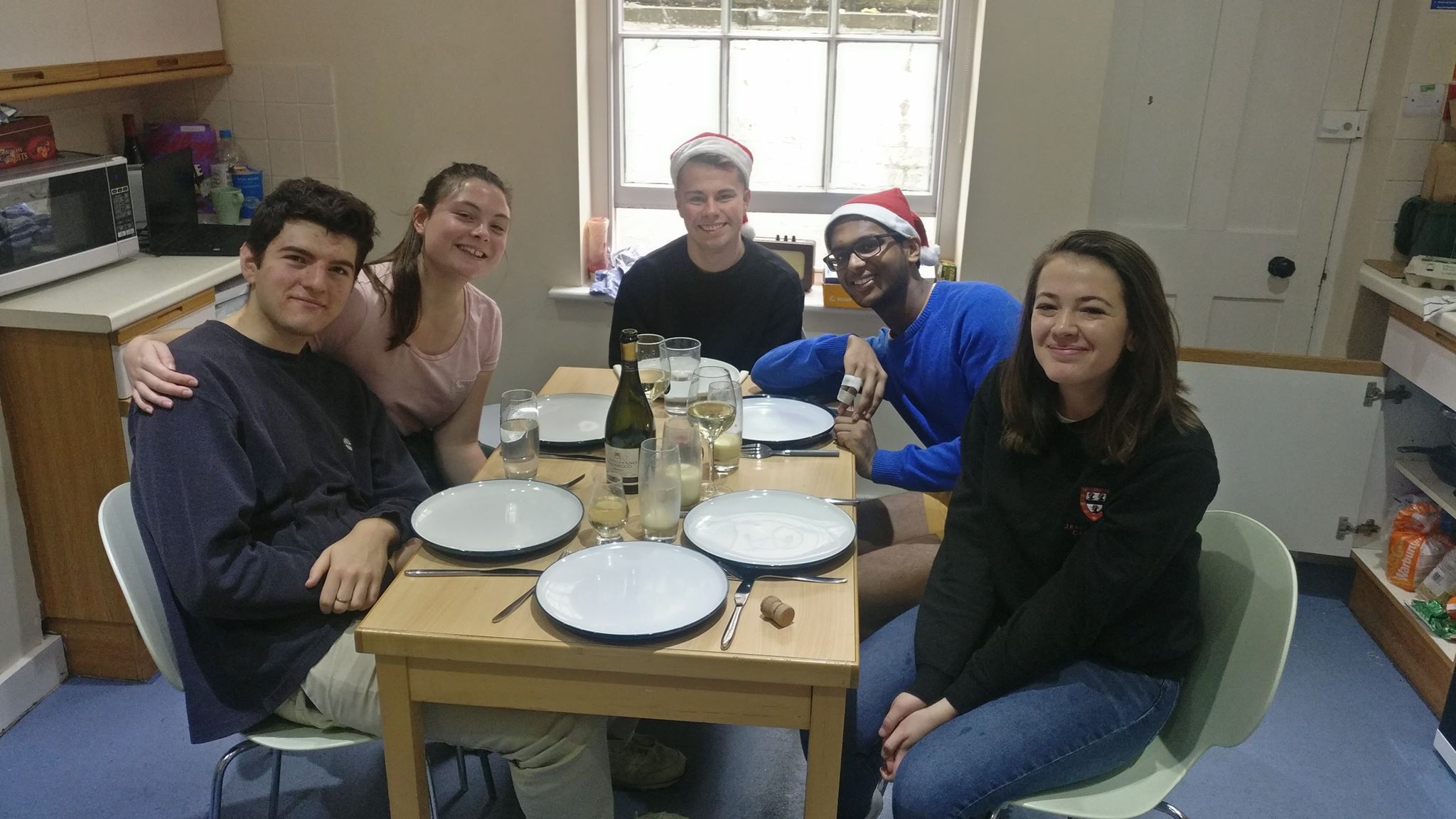 How cute are my friends!!! Also rate their choice to take photos without the food and just with the alcohol – we all know it's the best part of Bridgemas

Warnings of drink spiking on the rise

Emails have been circulated around many colleges (Homerton, Newnham, Pembroke) regarding an increase in reported drink spikings.

Please be careful – make sure not to leave drinks unattended nor accept drinks from randoms you don't know (especially if you haven't seen it be made). 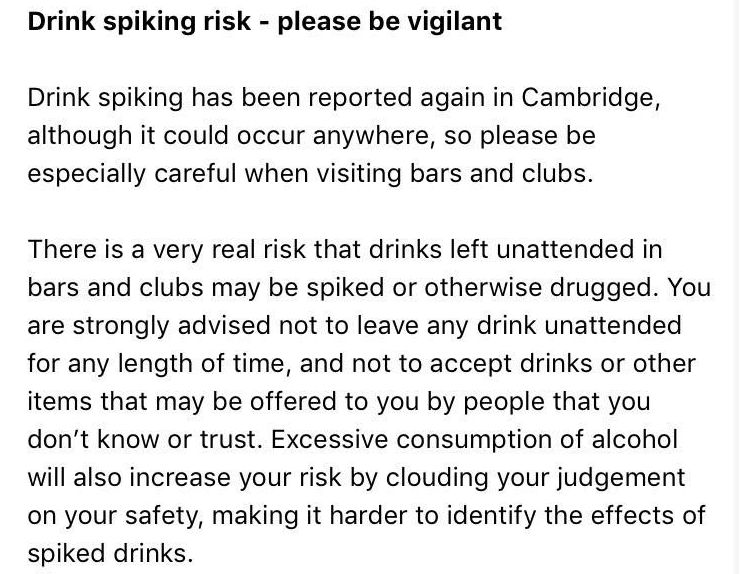 Following student complaints, Hughes Hall took down 17th-Century painting "The Fowl Market" from the workshop of Frans Snyders. It has been returned to the Fitzwilliam Museum, who own the painting.

‘The Fowl Market’, a painting in which a number of dead animals feature, has been removed from the Hughes Hall dining room because it was vegan and vegetarian students off their dinners https://t.co/gyRfiOXWTT

Replies to the above tweet called the students "knobs" and "pathetic".

Atomic, Cambridge's alternative night club, has shut down. Located near the train station, it was potentially best known by students as the host of Dot Cotton, a gay club night. Dot Cotton is being relocated to Fez, whilst Atomic are trying to find a new venue. 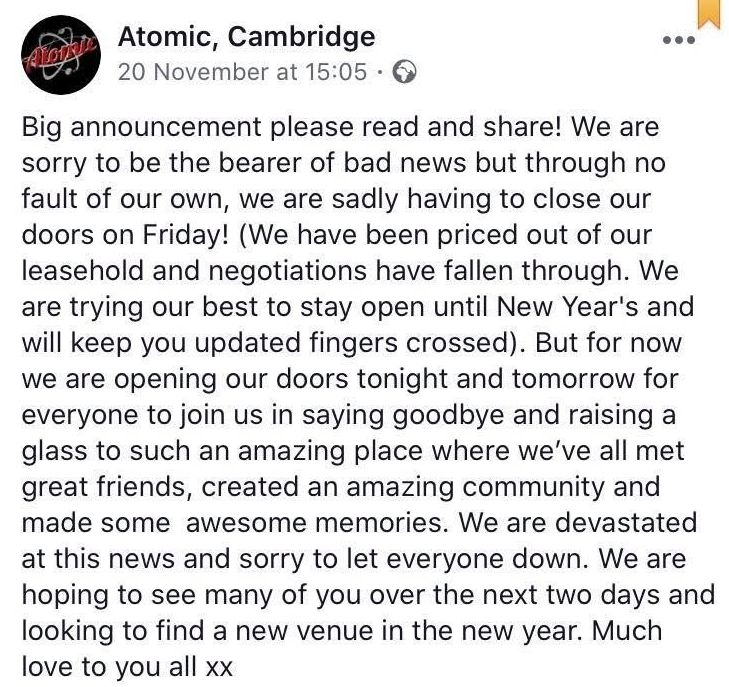 Potentially move into town so you don't have to go into Fez to hear music that's not the Lion King!

I used wikiHow to plan my Valentine’s Day

Because how else would I do it?

Living off the bank of mum and dad has its downsides