Unsure where to get your morning coffee? We’ve got you covered

I tried 10 lattes in 10 locations across Cambridge (over a month, not in a single sitting – that would be excessive) in an attempt to source the best and worst of our coffee scene. Scroll down to see some of the milkiest, creamiest, prettiest, frothiest, weakest coffees in the Cambridge latte game.

Review: Set apart from shelves of books on the top floor of Waterstones, this unpretentious, cosy spot is one of the most laptop-friendly places in Cambridge. You could easily spend hours tucked away here, sipping on a coffee while writing your essay. It’s convenient, then, that the Waterstones lattes are huge: for £2.70, you get a cup fatter than a hardback copy of War and Peace. The problem with such a colossal brew, however, is the inordinate amount of milk used – this excessive heaping of whole milk led to the muting of the coffee bean roast. 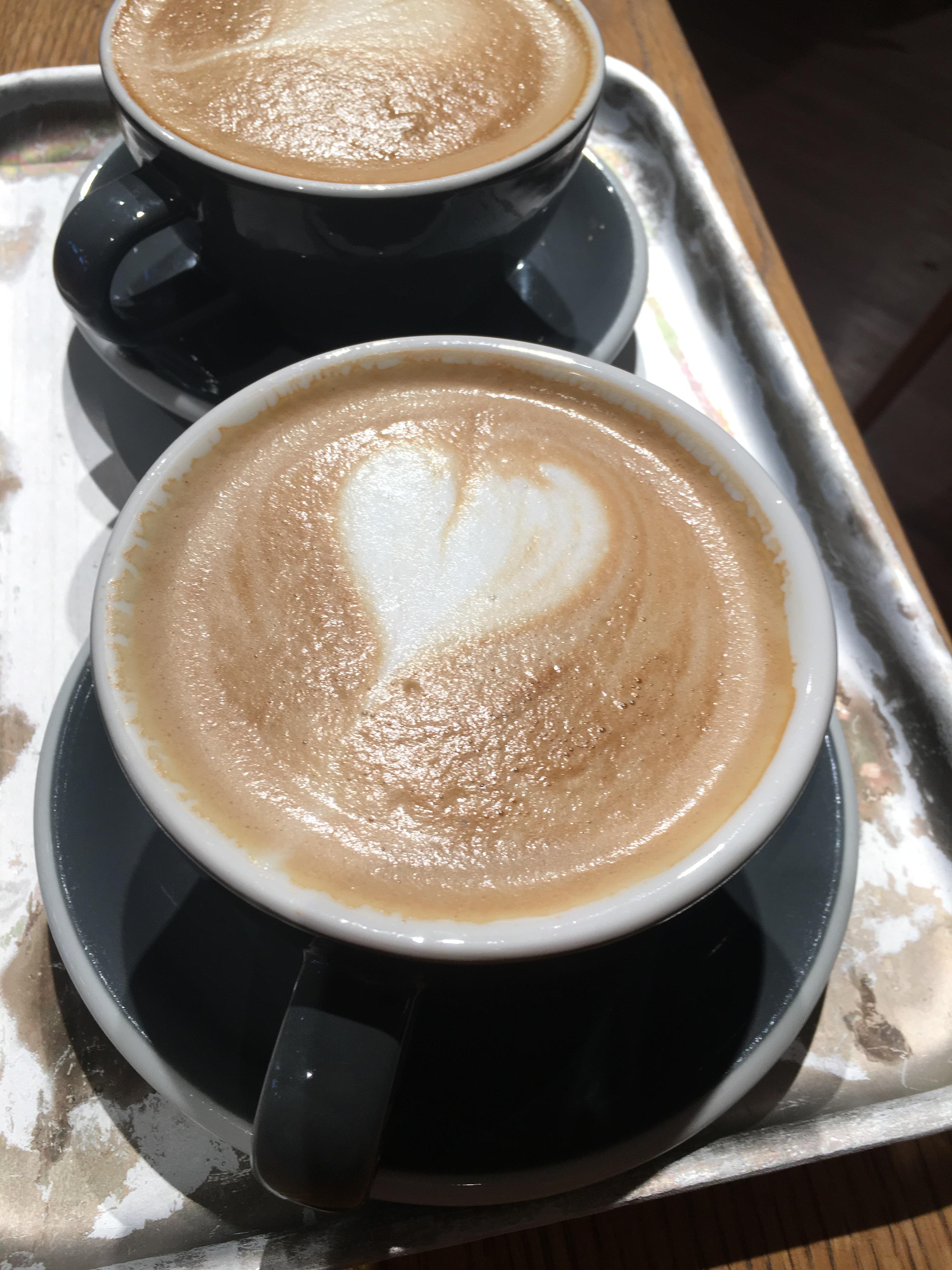 Review: The Buttery's latte was creamy and hot, but pitifully lacking in any real flavour. The bland milkiness of the coffee diluted the underlying maltiness of the espresso shot, rendering it a dull – but certainly drinkable – latte. Aesthetically it won't do much for your Instagram feed, either. However, The Buttery latte is reasonably priced (especially when compared to some of the prices below), and you get a 25p discount if you bring your own cup. 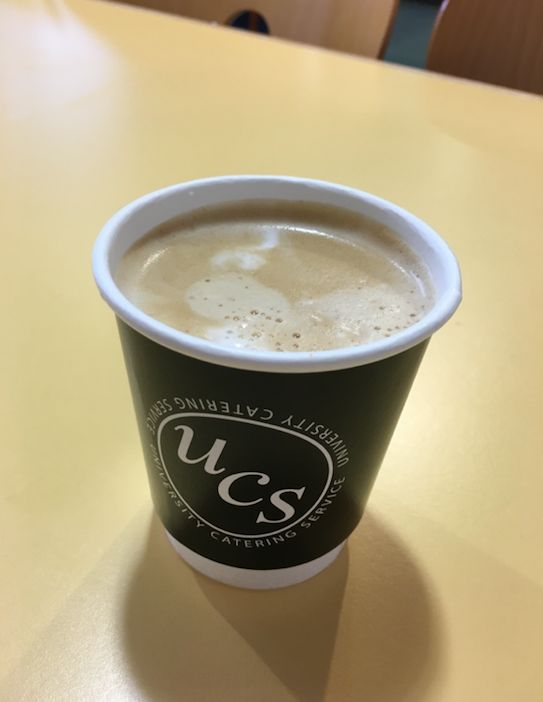 Review: You can probably tell from the picture below that the foam in this latte was, to say the least, overdone. The coffee itself, when I eventually managed to taste it beneath the thick top layer, was silky and strong – hence the 7/10 score. However, even a cappuccino would look odd with this enormous foam top hat. 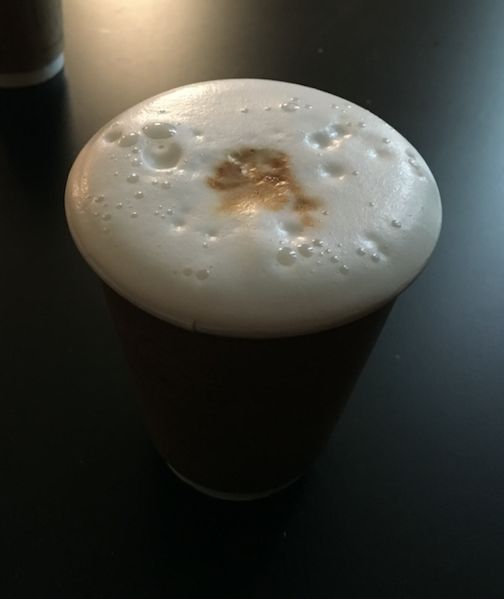 Review: Despite the inviting atmosphere and delicious cakes in Hot Numbers, this remains a latte round-up. So I'm afraid, in the spirit of brutal honesty, I'm going to be brutally honest. This was one of the worst (chai) lattes I've ever had. Not only was it inexcusably expensive (£3.20 for a cup of spiced milk?!?!), it was also lukewarm. All I could taste was cinnamon and unheated milk. The regular lattes at Hot Numbers are generally good, but I'll avoid the chai in future. My bank account (and my taste buds) will thank me. 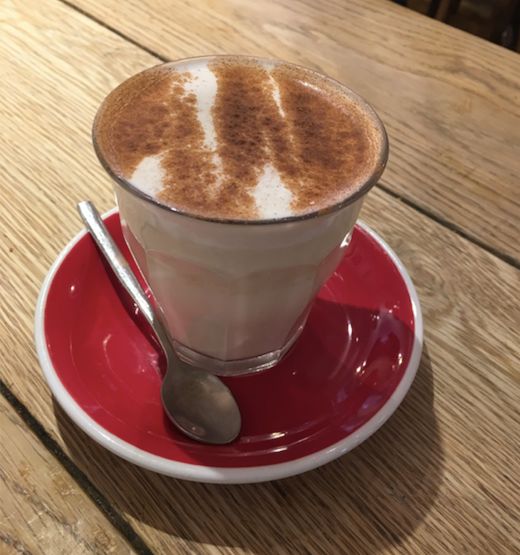 Review: The cosy atmosphere in this independent café is what brings you in. The coffee will make you stay. The impressive foam designs are pretty cool – and "hard to get right", according to the barista – but it's the taste of this velvety coffee that merits the 10/10 score. The balance of coffee to milk to foam was, in this case, executed perfectly, and the taste was delicious. 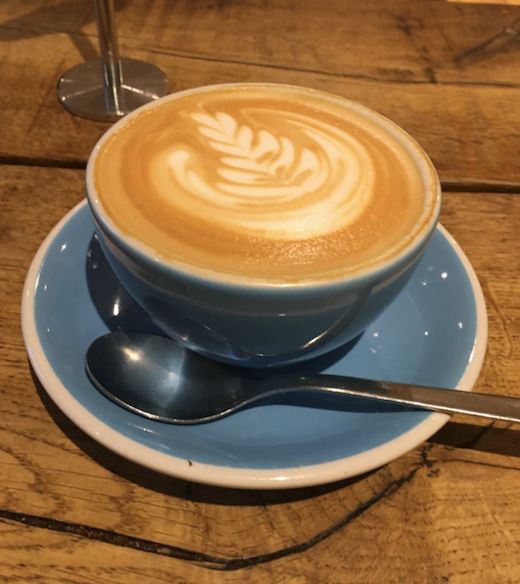 Review: While I opted for the regular latte, my friend ordered the "dirty chai". It's more expensive than the normal latte, and the student discount does little to lessen this burden. The coffee was, unlike my Hot Numbers chai latte, sufficiently hot, and my friend appreciated the "lovely cinnamon". She did hold grievances about the flavour of the chai, which was "a little bitter" and "lacked flavour". Overall, this coffee merits a solid 2.1. 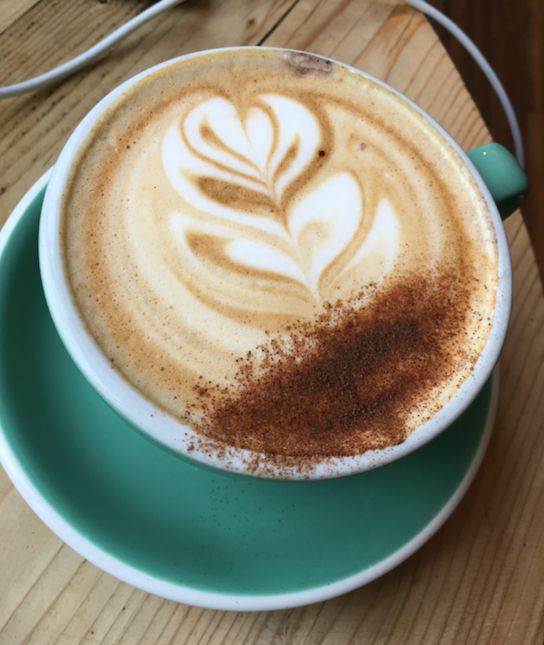 Review: Bould Brothers is the mother of artisan coffee in Cambridge. It prides itself on unique, quality coffee: their baristas, according to their website, "have at least six months intensive training" And, as the sign outside triumphantly points out, it's been recommended by Vogue and Vanity Fair. However, dare I say it, Bould Brothers coffee falls a bit short on the taste factor. It's so gorgeous to look at you'd think their baristas had at least seven months intensive training, but I expected to be more impressed by this latte. Yes, there was a sufficient layer of soft foam, a strong shot of coffee, and not too much milk, blah, blah. But, given the price and reputation, I was expecting something truly standout. 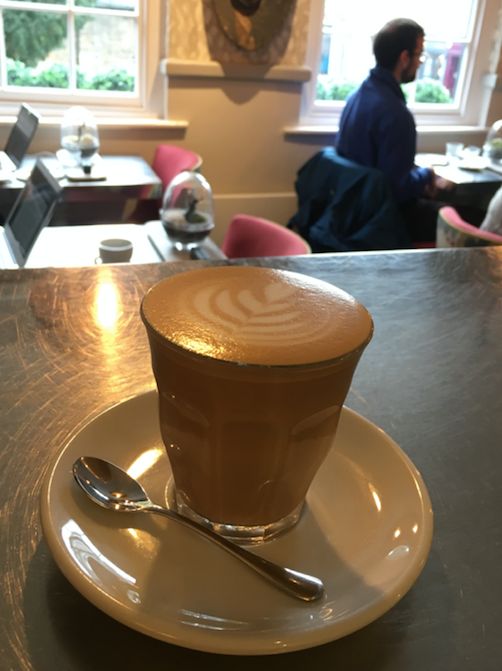 Review: I can't believe I paid £2.10 for this. All I can say is, there must be a captive market here of bleary eyed, hit-me-up-with-caffeine students going into their lectures. So, maybe I'd be reviewing it differently in those circumstances. However, by now I'd tasted so many lattes (OK, you're forgiven, Hot Numbers) that I found this pretty unforgivable. Machine-made coffee it may be, but I still thought I'd get some taste, a decent amount of foam, and a feeling that I wasn't being ripped off. Come on machines, you're supposed to be overtaking human beings here. Baristas in Cambridge, you have nothing to fear… 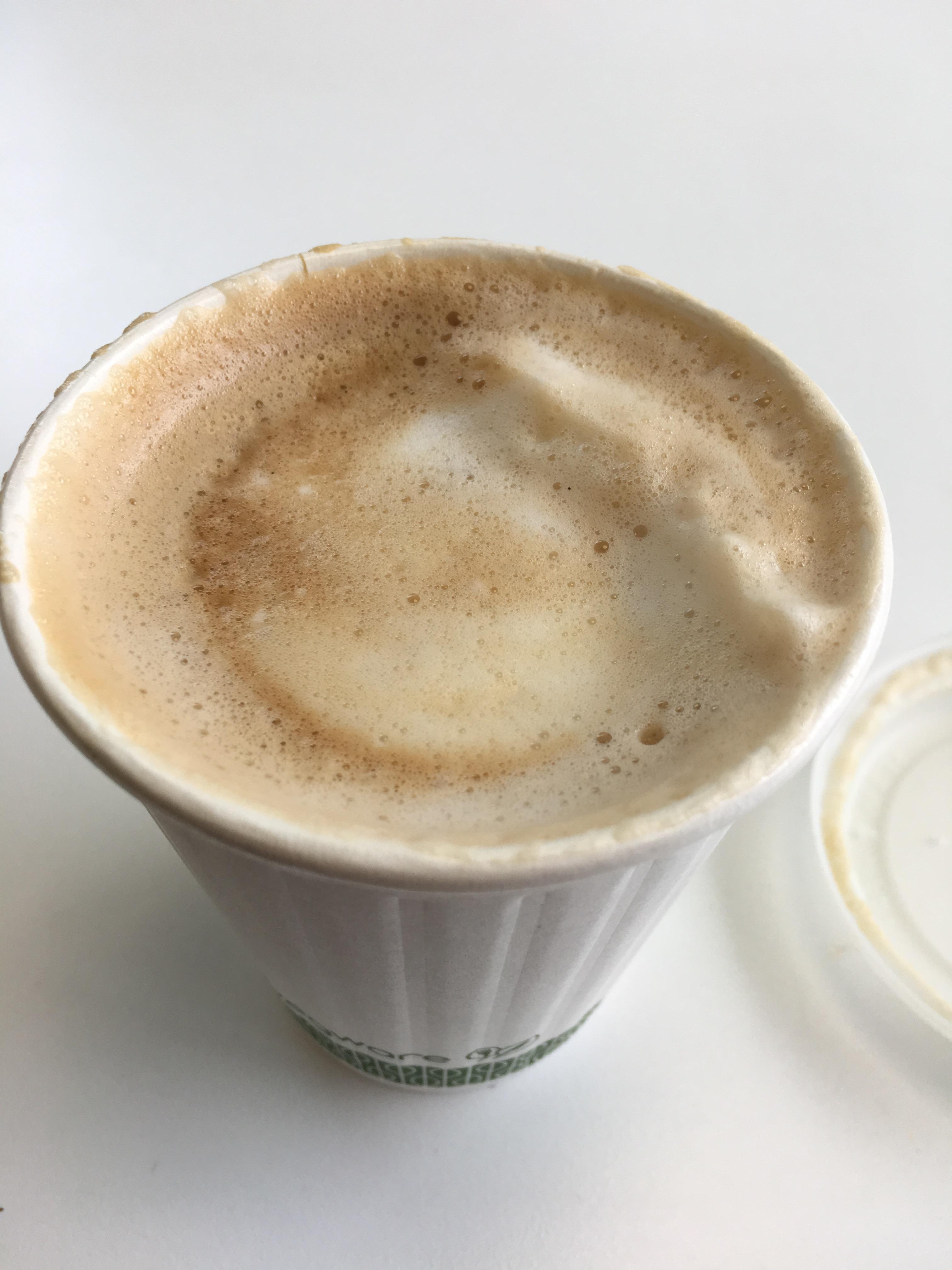 Review: At £3.25, this was the most extortionate coffee purchased in my hunt for Cambridge’s best latte. It was also one of the best. The silky-smooth, chocolatey blend was worth the price. The Fitzbillies baristas evidently take their coffee seriously, as you can tell from the latte art alone. 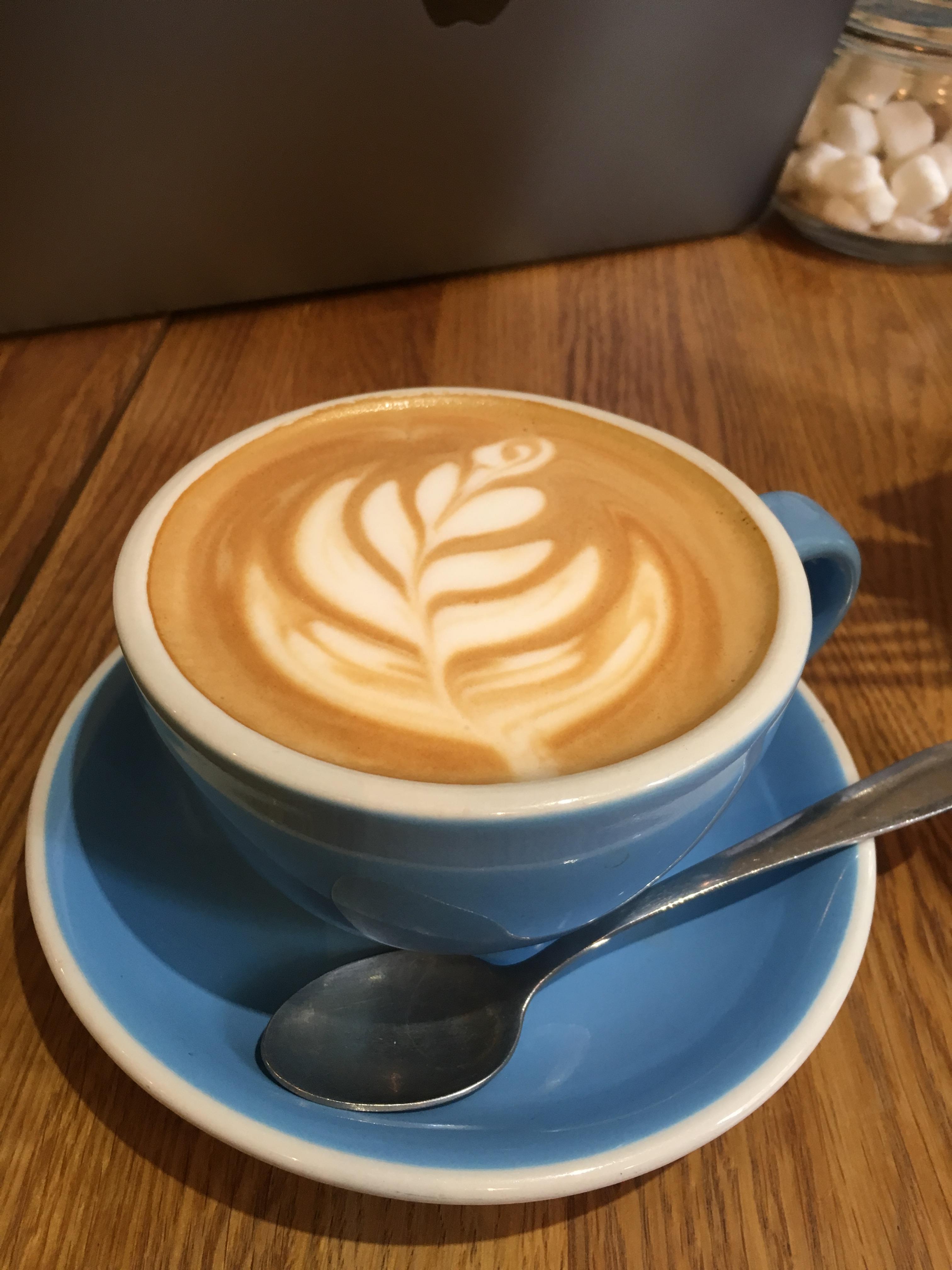 Review: I was planning on avoiding high street coffee chains in this review. However, given what feels like the sheer quantity of Caffè Neros across Cambridge – there are, in fact, only four – I thought I should consider the Nero latte. It wasn't great. The latte art was sub-par, seeming like an afterthought, and the coffee itself was sour. Though Caffè Nero is a sufficient study space (all I could hear when sipping my latte was furious typing), its coffee is very average. 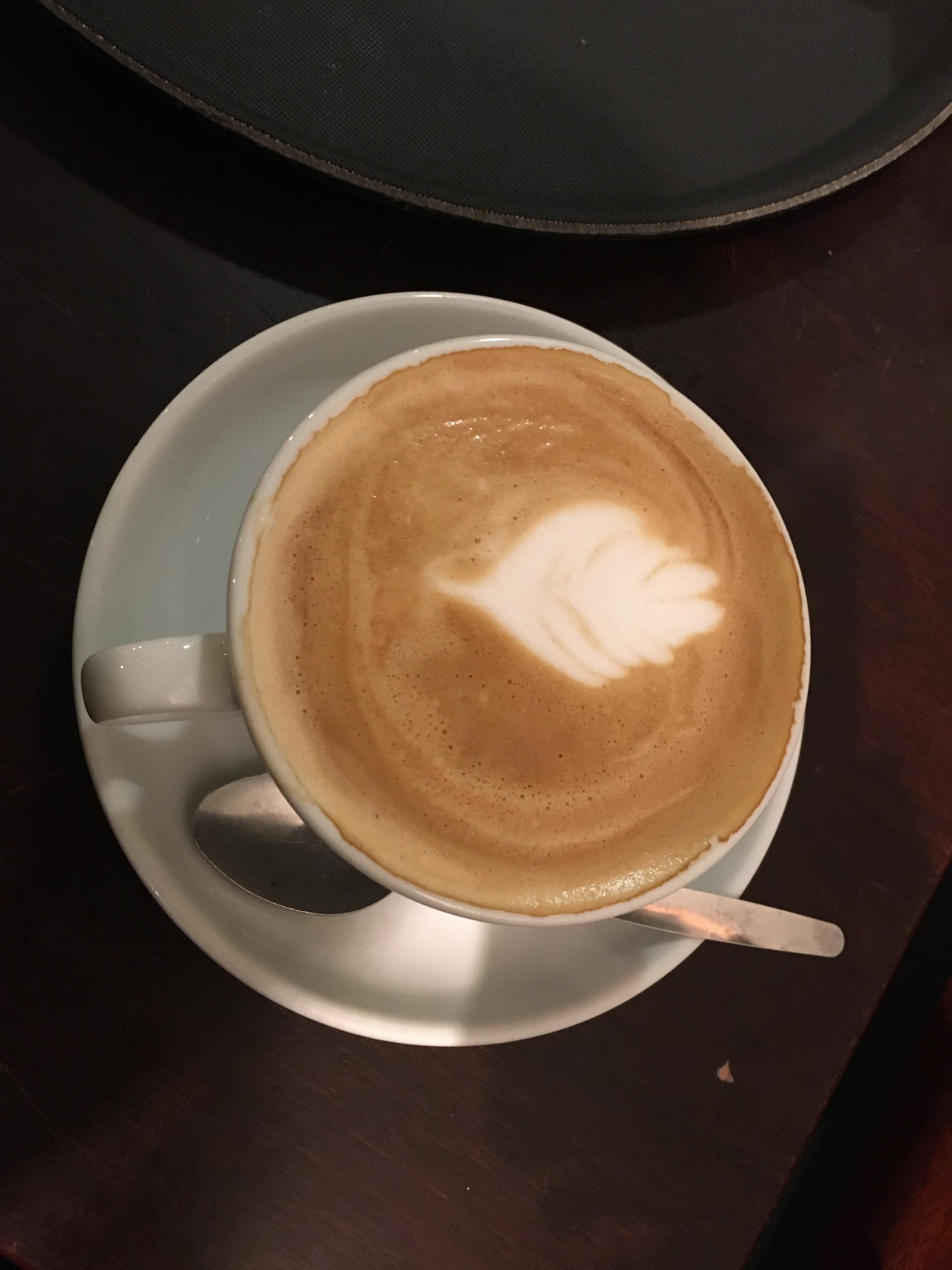 Review: Everything in Soboro is executed with precision. This is clearly a café that prides itself on Monica-Geller-level neatness: birds-eye photos of finely-decorated artisanal coffees and pretty little cakes are spread across the marble walls. According to the Instagram-style cliché quotes surrounding these photos, the bakery is committed to flavour, too. Beneath the words “BE YOURSELF”, for example, is the declaration that “our taste experiences are proudly individual because they are handmade”. So, when I ordered my latte, I was expecting aesthetic unity and exceptional coffee. I was met by a disappointing-looking brew – the foamy decoration resembled a dismembered butterfly rather than the advertised rosetta pattern. The taste itself, however, was near-perfect: the rich and robust flavour gave credence to the bakery’s professions of individual “taste experiences”. 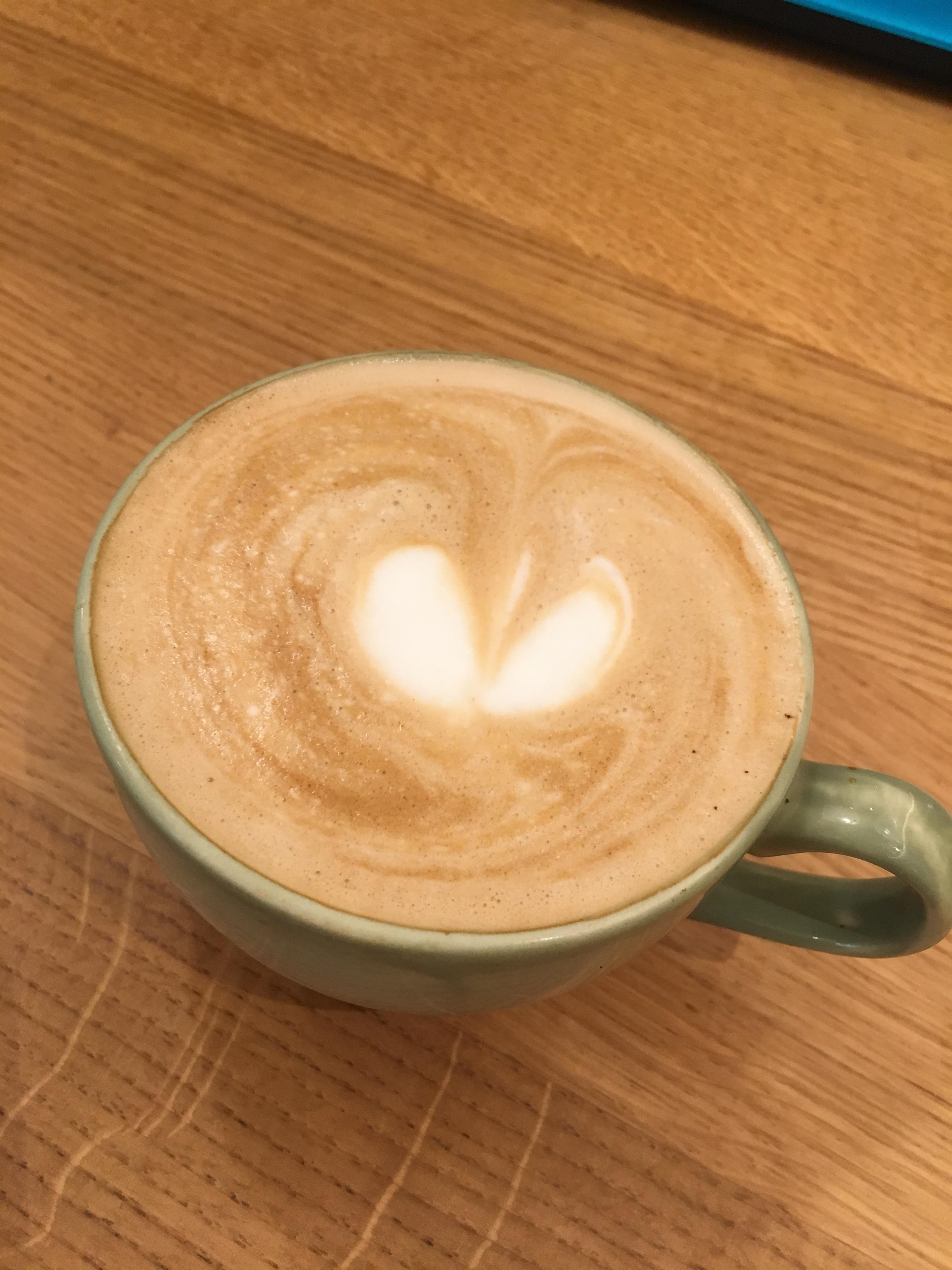 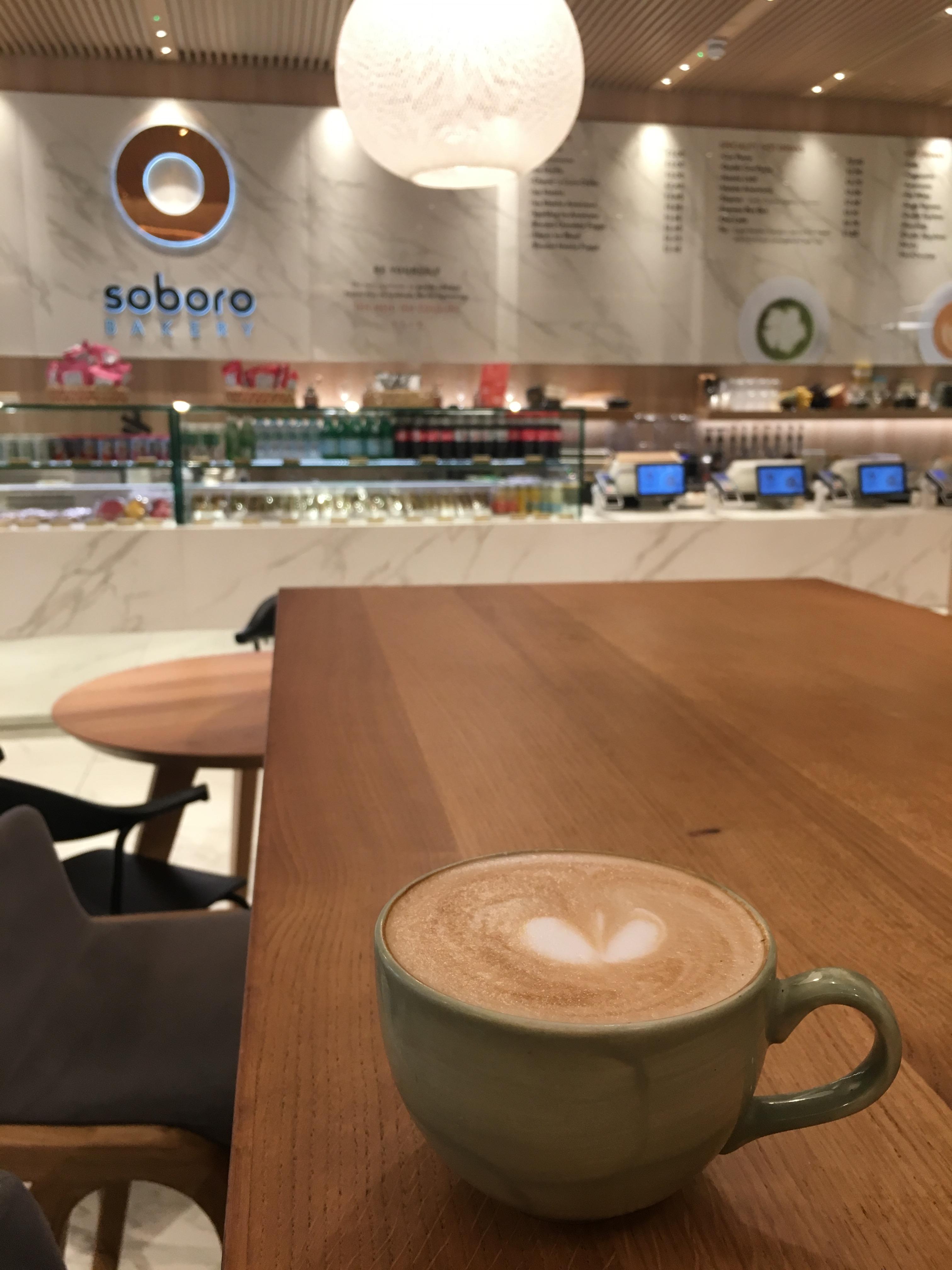 Perhaps unsurprisingly, by the end of my search for the best Cambridge latte, I felt like I was on a caffeinated conveyor belt. Even amongst all of these coffees, however, The Locker's latte stood out. It's not just good value – it's also a great coffee. And the latte art was pretty impressive, too.