Not just the Week 5 Blues hit this week!

So the JCR of Clare, better known as the Union of Clare Students' Committee, went to clear out the attic of Clare Colony. They were probably expecting some weird drawings, maybe some mouldy food. Nothing could have prepared them for what they found…

They found a life-size wire doll. And obviously that couldn't be weird enough on its own, so it was filled with human hair. Vomit inducing.

The Tab have it on good authority that it was reclaimed out of the skip; I do not want to know what kind of uses that wire doll will have (but if you have any information, contact the Tab Cambridge Facebook page – I honestly really do want to know).

For week 5 welfare, Magdelene students each had a little goodybag, with chocolate, sweets and hot chocolate! Very wholesome. 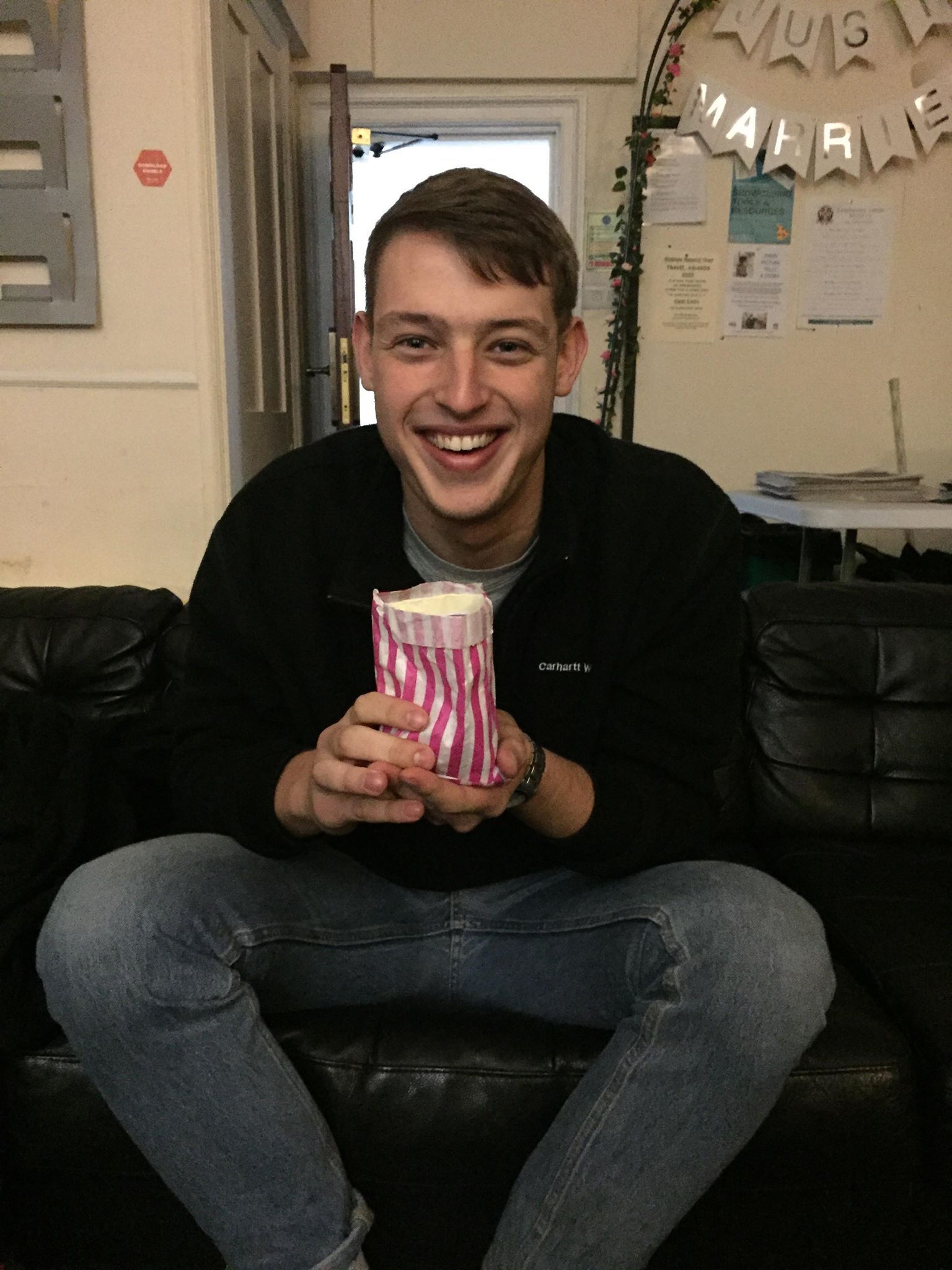 Our culture editor, Joe, looking very happy with his goodybag

The Tab is providing an "inspiriting" service

This delightful comment was left on a post about the Best Bums competition (reminder to enter, deadline is the 24th!). The Tab Cambridge aims to please in these "dark times", and what better way is there than pictures of Cambridge students' bums.

Peterhouse apparently has a very strict washing machine protocol, in which hooks are the ONLY method for depositing other people's washing when you want to put your washing into the machine.

In ghastly news however, (ghastly seems old-fashioned enough for Peterhouse word), freshers have been taking it out and leaving it on the FLOOR. THE FLOOR. gross. Not like you'll end up picking them up off your bedroom floor and wearing them in a weeks time. Never.

An angry email has been circulated in response.

Schmidt from New Girl (the greatest TV show ever) demonstrating the response of a student finding their clothes on the FLOOR.

A motion to add the responsibility of Mental Health to the remit of the role of Physical Disabilities officer failed at John's this week. Although responsibility for mental health is often considered the remit of the Welfare Officers, many colleges separate out Mental Health on their JCRs, including Jesus, Churchill and Fitzwilliam, in order to increase the amount of welfare officers and share the emotional workload.

Sword delivered to Emma sparking panic in the Porters' Lodge 😱

Weapons are not allowed at Emma, much to everyone's shock and surprise. So imagine the Porter's reaction when one was delivered!

Apparently it was part of a Halloween costume. Makes sense to be fair. 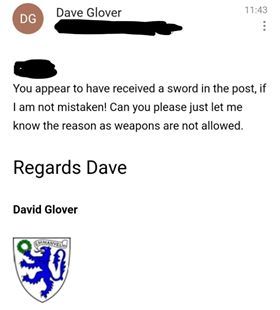 Dave Glover was not mistaken! (sadly Emma's head porter is not the fictional character from Emmerdale, but a real man working at a Cambridge College).

Becuase no Cambridge student organising is complete without a Facebook group, Strikebridge has been created to act in solidarity with the UCU strikes.

The group is very helpful for co-ordinating book swaps, informal classes etc and generally being supportive of our striking lecturers.