How to microwave your way to gourmet: 5 ‘recipes’

Eat like a royal AND raise money for charity

It’s Michaelmas and that means a flock of new Freshers, the return of Wednesday Cindies, and getting sucked back into the boarding schools – I mean colleges – we all live in. Surrounded by an army of bedders, porters and catering staff, most of us are unable to function as proper adults. Medieval French literature? We’ve got that down. Electrons and stuff (so I don’t do STEM)? Yes please. Set up a direct debit? Cook a meal? Absolutely not.

Whilst my financial knowledge is zero and I can’t really cook, I’ve tried a few very basic ‘recipes’ that you can ‘cook’ (inverted commas very much necessary) in the stingiest of gyp rooms (central colleges, I’m looking at you).

A euphemism for ‘cupboard with microwave’, I’ve heard that Cambridge gyp rooms are designed to prevent us from gaining simple life skills. When you’ve only got a microwave, fridge, kettle and toaster (buzzing for you if you’ve got a hob), you might wonder what the point of even trying is, particularly when Hall food can be decent and cheap.

Maybe it’s the morning after, you’ve missed breakfast and lunch and can’t stomach your Van of Life leftovers. Maybe you want to keep the costs down. Maybe you’ve been one Hall chomelette (cheese omelette, genius, I know) away from having a break down. Or, maybe you want to take part in RAG’s ‘Cam Dine With Me’ (tickets on sale now, more details and a link at the end of this article!) and impress your guests with something other than a takeaway.

Whatever your reasons, we’ve got you covered. 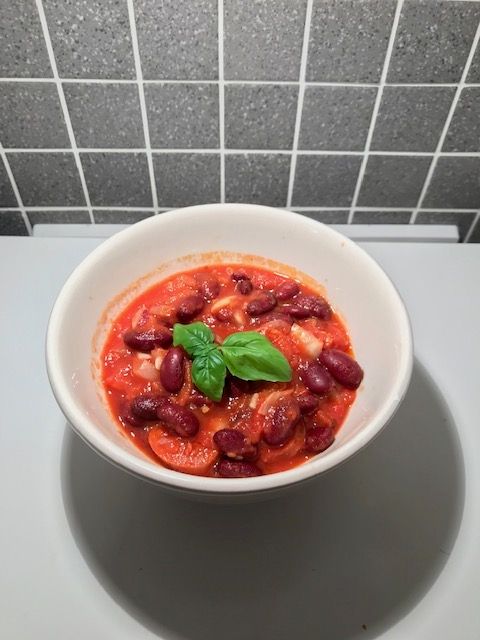 Not a huge basil fan, but we're all about that colour contrast

The food blogger and campaigner Jack Monroe’s vegetarian chilli is super nice and super simple. Whack a chopped onion, a clove of garlic, a knob of butter and some paprika in a microwavable container and heat in the microwave on high for about 40 seconds. Then put in a tin of chopped tomatoes, kidney beans, half a stock cube and a couple of squares of dark chocolate. Cover in cling film, pierce it a few times and microwave for 2 minutes.

If you hate the planet and want something meaty, put some chorizo in.

You’ll be thrilled to know that the online forums are rife with debate over whether or not pasta can be microwaved. After trawling through Mumsnet (other mother-based sites are available), the general vibe is that pasta can indeed be microwaved, but there is considerable beef over exactly how and for how long. Riveting stuff.

General tips include choosing shaped pasta (fusilli, penne, farfalle) rather than spaghetti (all the pasta needs to be covered in water) and that it’s better to have too much water than too little. For every half cup of pasta, have half a cup of water.

For a 700-watt microwave and with boiling water being used, it should hopefully take about 10 minutes to cook. Check the pasta a few times. 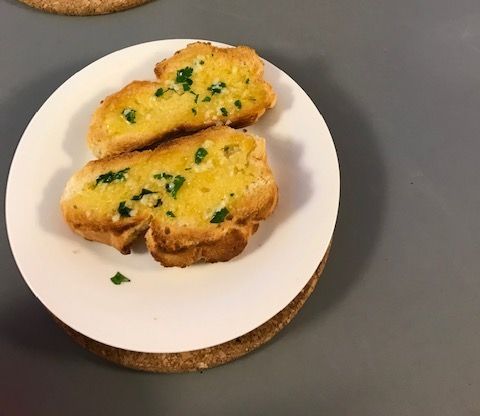 Not a burnt baguette in sight

Would advise against microwaving those garlic bread baguettes that you’re meant to shove in the oven. A friend of mine tried it, and it was more of a smoky mess than he himself at Friday Fez. Just look at the cover photo of this article. What a waste of garlicy goodness.

Instead, finely chop/crush a couple of cloves of garlic and put it in a mug with a hefty bit of butter. If you’re feeling fancy, add some chopped parsley. Meanwhile, put two pieces of good crusty bread (we really back tiger bread) in the toaster. Microwave the buttery garlic mixture until it’s melted, it’s really quick. Then poor over your toasted bread. Bish bash bosh.

I actually hate couscous, but it’s gotten one of my friends through many a late-night library session. Apparently, the magic ingredient is a stock cube. Mind-blowing.

Pour some boiling water into a jug, throw in a stock cube and give it a stir.
Put enough couscous for yourself (if your friends want some, brilliant) in a bowl and pour the boiling stocky water over it.

Pop a plate over the top of the bowl and leave for about four minutes.

If you think you’re a bit boujie then add some feta cheese. If you want some veggies then put some peppers in a separate bowl with about 30ml water and microwave for about two minutes. 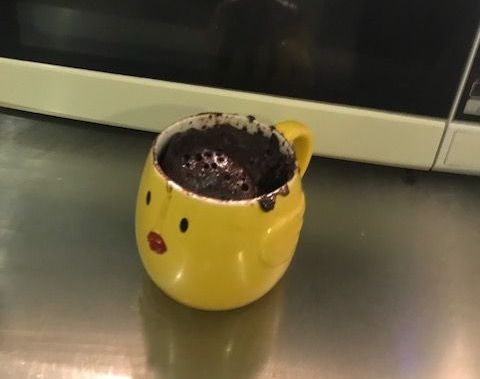 Very early 2010s, but still tasty. Annoyingly, a lot of recipes online have American measurements; does anyone really own measuring cups, let alone bring them to uni?

I tried just a basic chocolate mug cake from the BBC, where you combine all the dry ingredients (flour, sugar, cocoa powder), then add an egg, the oil and some milk, before blasting it for three minutes in the microwave.

It was pretty decent, but a little rubbery. Still, drown it in some double cream and it’s all good.

Here ends the lesson in microwave magic. You're now more than equipped to take part in RAG's very wittily titled 'Cam Dine With Me'.

If you've been living under a rock and don't know what it is, you sign up with two of your mates for £15 and get matched with another team. You can even pay another fiver and choose the preferred gender of the other group. Each team cooks dinner/gets a takeaway on a different night, and then rates the other team's efforts out of ten. The top team across the competition wins a mystery prize!!!! All money raised goes to the charities RAG supports. It's a great way to get out of college and meet some new people. Happy microwaving!