On the realities of abortion around the world

To say that abortion politics have been heated this month is an understatement – the conversation is fiery. Alabama has approved a near outright ban on abortions, 7 other US states have introduced a heartbeat bill, and 20 others have imposed tighter abortion restrictions this year. But is it just an American issue? Not according to Christabelle Sethna, professor at the University of Ottowa's Institute of Feminist and Gender Studies.

Sethna's most recent publication, Abortion across Borders, co-edited by Gayle Davis, focuses on how national abortion laws across the globe force women to cross borders in the hope of having a safe abortion. After her talk this week, organised by CRASSH, I am able to catch her for a brief interview.

The Tab: Considering that men dominate lawmaking bodies around the world – Alabama has 85% male lawmakers – I was wondering whether you think that men should have a role deciding laws on women's bodies or whether abortion is ultimately a female issue?

Sethna: I think that because women are physiologically responsible for going through the pregnancy, and chances are women will be responsible for raising the child, women need to have superior decision-making power over our own bodies. Having said that, I don't think abortion necessarily always falls as a male v female issue, because there are many women who do not believe in reproductive choice and in fact a number of women have been at the forefront of campaigns to bring these draconian abortion laws forward. So what we need to be doing as researchers is understanding what is the appeal beyond the religious edicts, for both men and women. We can't turn away and say that they're ignorant and don't understand women's rights – we need to do some more profound work.

The Tab: In the United States, the anti-abortion movement has been largely associated with the Republicans. Can we call it a right-wing policy? Is there a global right-wing trend to be anti-abortion?

Sethna: I think so, because people on the right tend to be more morally conservative. It's also about a series of other issues. You might be anti-gay, anti-contraception, usually pro-gun, pro-death penalty. Abortion is often presented in right-wing circles as a pro-life issue, but the irony is that the same people who are anti-abortion because they're pro-life, are also pro-death penalty, and often pro-war. I feel that they're using life very selectively. They're also anti-contraception. And I also can't understand the massive cutbacks that this group will make to healthcare and education because if they want to support life, and I honour that, then the life should extend beyond the birth canal. 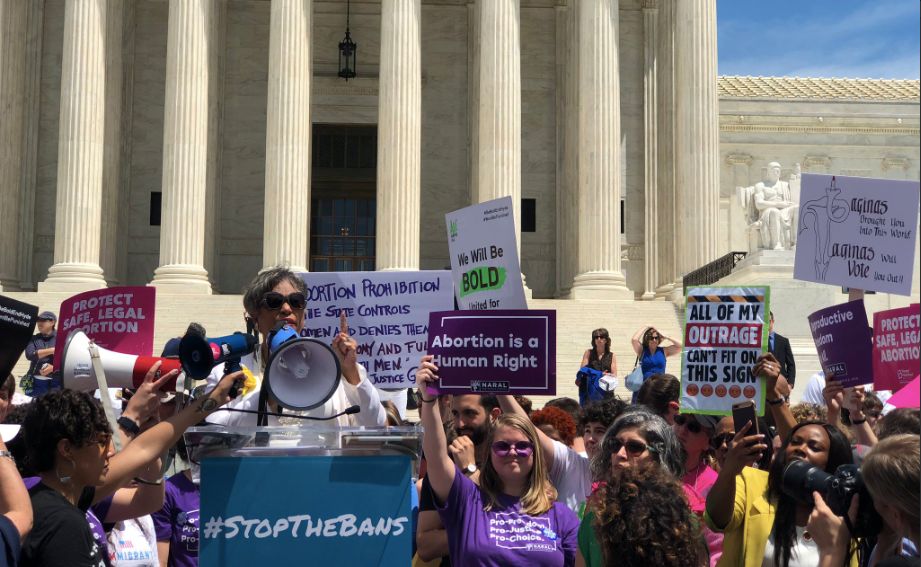 The Tab: In your talk, you touched on Donald Trump's idea of 'going back in time'. Is the US legislative shift in contrast to the rest of the world or is there a general move towards taking a step back in time?

Sethna: I definitely think we're seeing what I call 'the return of the strong man', the return of the dominant father figure that rules, rather than governs. One governs with other people, for the people, but one rules over people. This is now being facilitated in a so-called democracy, which I think is very shocking. On the other hand, it could be very useful, because it's turning people's attention to strong men in other countries that the Western world ignores because they think it's a cultural thing or an abberation of some kind. But I don't believe that Donald Trump is an abberation, I think he is a manifestation of trends that have existed for a very long time and are coming to the forefront now, especially after 8 years of a black man in the White House. 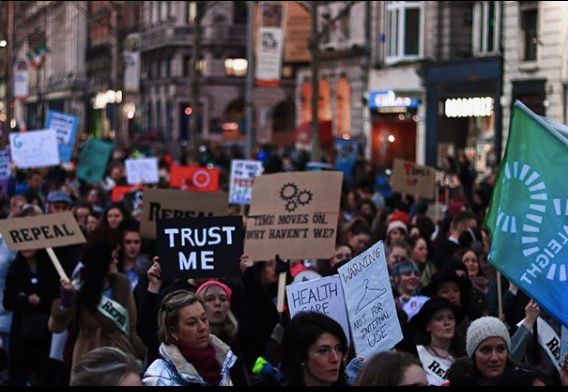 The Tab: The distinction between humanity and personhood has been quite important to this debate. I wondered whether you see these as distinct and where you see personhood as beginning?

Sethna: I am not a doctor or a lawyer, but I am a researcher and a feminist, which makes me question terminology. I question this 'personhood' terminology being used to describe a clump of cells. These cells have the potential to become a human being, but I don't believe they deserve the title of personhood. I think there have been several attempts to personalise the foetus, which is working – we see this in the bills being passed. Someday there may be medical technology that shows things differently, but for me the clump of cells is completely dependent on the woman's body – that is primary. As a woman, I know that every pregnancy is different. It's a woman's body on the line, and a woman's life – and when I say a woman's life, that's where I'm pro-life.