Exams are here, BUT so is a VERY juicy news column

Downing students have been warned to be vigilant and to keep an eye out for ‘unusual moth activity’ due to an infestation of moths at the college.

The ‘classic large moth circling a lightbulb’ is apparently not suspicious enough to be reported, and students have been told that the authorities should only be alerted of moth groups on campus. Gang crime is serious. 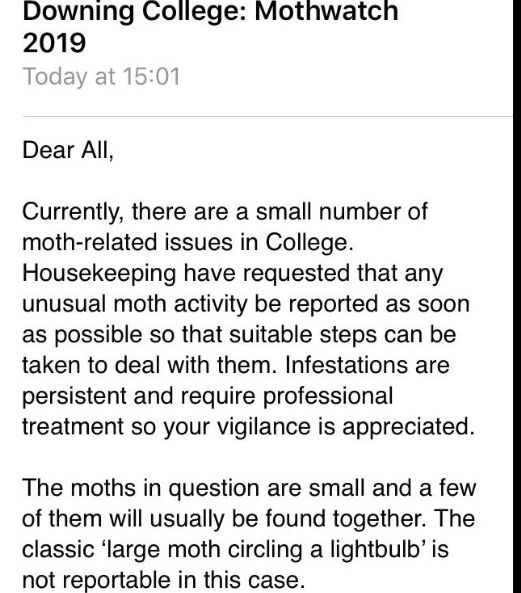 The email received by students

To help students get through the unbearable stress of exam term, Medwards have opened a nail salon in the library. Ok… so they’ve put a few nail varnishes next to a sofa. BUT still. They’re at least trying to advocate self care right?

On a beauty note, Trinity have announced the opening of a college salon on the day of the May Ball. It will be a walk in service, and students can have their hair cut/styled for the totally, ahem, reasonable price of £50.

Why come to Cambridge for academia when you can come here for beauty?!

Emma foxes at risk of culling

Emma is reportedly considering culling some of the foxes on campus due to the harm they’ve been causing to other animals. The college is normally full of ducklings at this time of year, however this year there are virtually none there. Sad 🙁

The cat of Christ’s college has decided to up sticks and relocate to Jesus. Wild. It has taken a fancy to one particular staircase where it receives food, water, and plenty of cuddles. 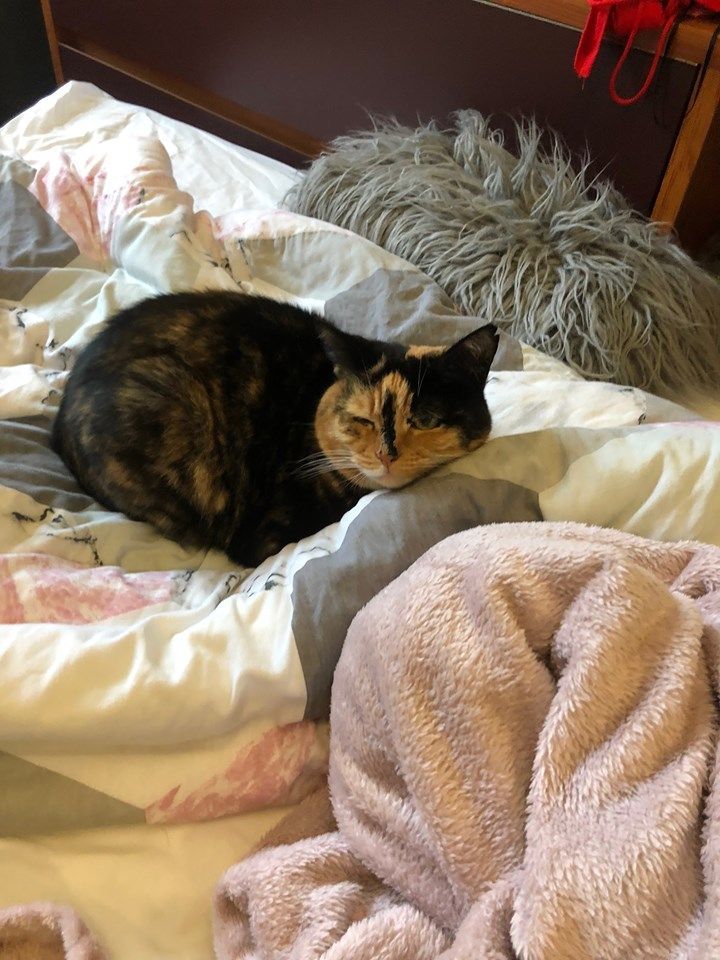 Clare students told to ‘fuck off’

At a recent screening of Game of Thrones that took place at Clare, one student stuck a poster outside the door stating ‘GOT is on. Fuck off.’. Clare staff were reportedly not the happiest with this incident, but sometimes ‘do not disturb’ just doesn’t quite cut it.

All noise BANNED at Peterhouse

After noise complaints, Peterhouse students have quite literally been told they are not allowed to talk. As in literally all noise is forbidden within earshot of all accommodation. If students want a conversation, their choices are now to either mime or go and talk at the deer park. 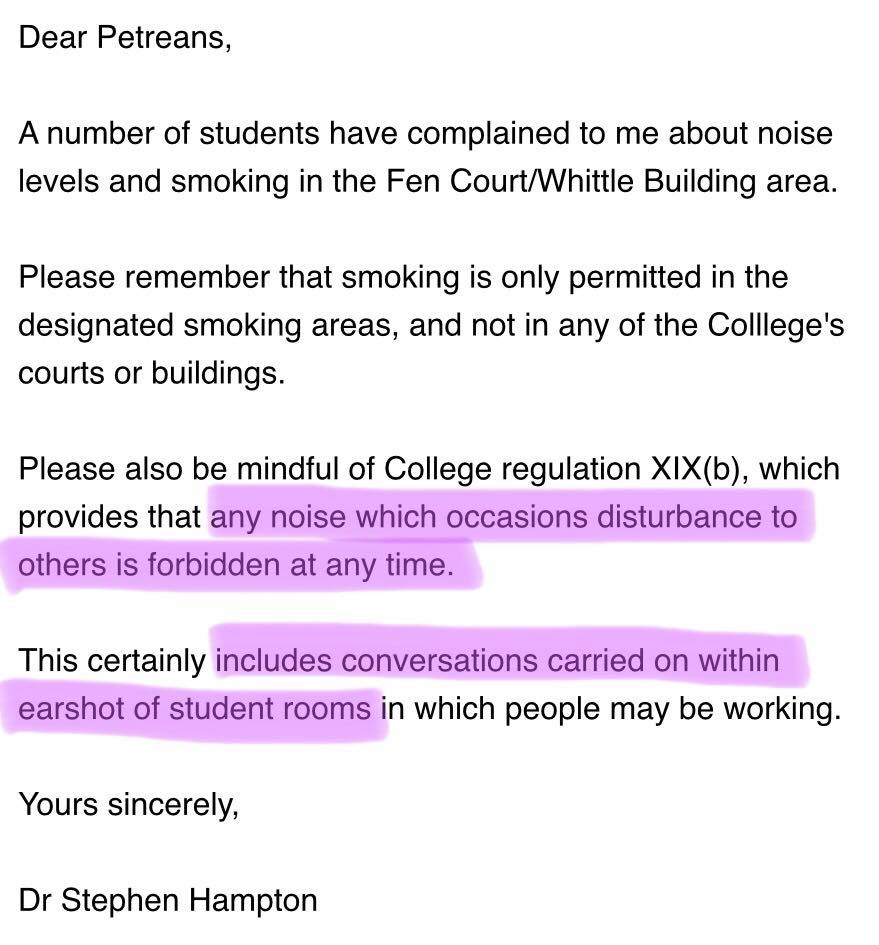 The email making this totally reasonable request to students.

As one student sat down to a supervision, her supervisor opened the discussion with ‘I’ve lost so much weight recently. Do you think I have a tapeworm?’ Damn. And I thought I struggled to answer questions in supos…

One student at Jesus was fined £25 for missing their progress review, whilst another has been fined £52 by the SPS library for writing (in pencil!!!) in borrowed books.

At such a wealthy university where some students struggle financially as it is, these incidents (of which there are countless other similar instances) have been deemed unfair by students. Riot pending.

See the post below in which they call Cambridge students ‘pegging-positive mangina allies’ and claim that there has been ‘mass outbreak of Vaginismus on the Cambridge campus’.

It’s been an eventful week, and we wish you all the best of luck in this stressful exam period.