‘Sugar?’ ‘No thank you. Sugar is for women and small fat boys.’

When I rocked up at the ADC I wasn’t quite sure what to expect. I wondered whether the production would succeed in a nuanced exploration of a cultural shift towards an understanding of female pleasure. But what I was met with was a very sensitive and often touching (no pun intended, folks) interpretation. 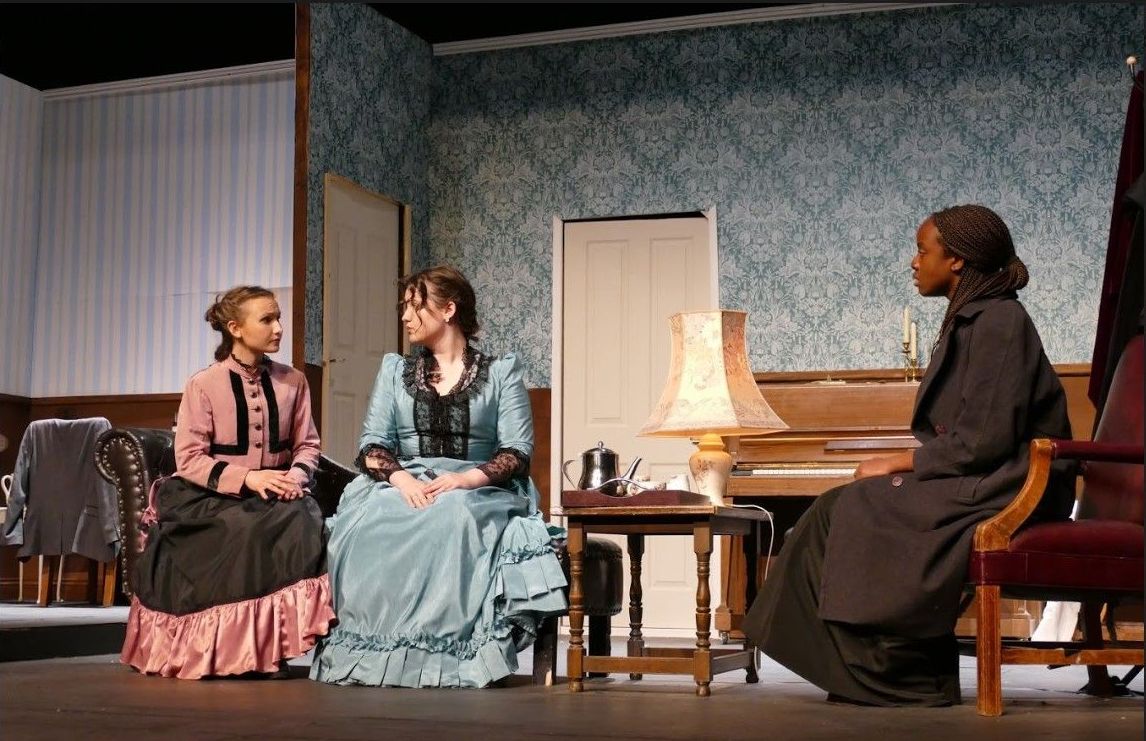 This is a play that deals with many sensitive topics, on the whole adeptly. It is difficult to do justice to all the different elements- it tries to tackle the racism of a woman obliged to depend on someone she looks down on, a queer subplot and the taboo of sexual pleasure in a society that was shocked by female orgasm. Particularly the queer narrative could have been made more of, and would have provided even more of a counterpoint to the largely heteronormative frame. Alayo Akinkugbe’s speech, however, gave me shivers. Shadowed by the death of her own child, and forced to breastfeed a white woman’s, she cries out to Mrs Givings, ‘I hope you remember the blood she was made of. The blood of my son.’

I really shouldn’t understate how few shows I’ve seen that had acting this slick on the first night. Tiny gestures, comic timing, facial expressions, all were brilliantly delivered. Mabel Hoskins’s Mrs Givings was vibrant, problematic, frustrated, and knotty all at once. Meg Coslett and William Batty provided the principal comic counterpoints that breathed fresh air into the show, as did Ben Galvin’s subtly obnoxious painterly abstractions. Hoskins and Jones’s relationship was initially difficult to grasp- which is of course the point- but the chemistry between them and the understanding of both shame and frustration, the desire to please and not to be laughed at, to take care of and to be free, were powerfully portrayed. 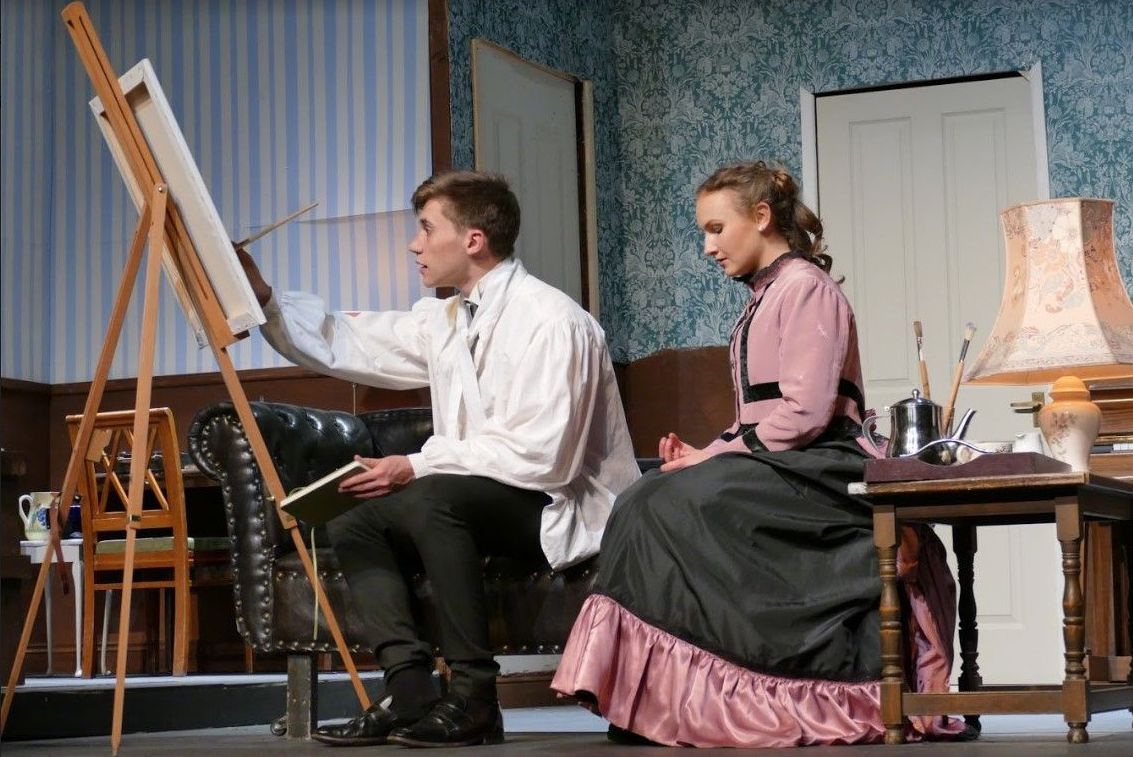 Proximity and distance were always at the forefront with the brilliantly designed set. It featured a semi-division in the middle of the stage, keeping ‘the next room’ always at arm’s length but never wholly inaccessible. Costume, too, was a real strong point, right down to the excessively flamboyant underclothes!

The only real things I would pick up on would be some pacing issues; the script could have been cut down by a good half hour, and there were a couple of scene transitions that were simply too long considering how little appeared to actually change during them. But these really are minor quibbles.

** also apologies for the appalling puns, my exams are in two days, I have to get my joy from somewhere