A minimalist, dystopian production worthy of your exam term time

Camus' Kafkaesque novel 'The Plague' tells the story of a plague sweeping across the Algerian city Oran. The novel is often read as an allegory for the French resistance to Nazi occupation, especially since Camus himself held an active role in resisting the occupation through his work for the banned newspaper Combat. Neil Bartlett's adaptation of Camus' story, however, could be applicable to any crisis, anywhere – be that climate change, Brexit, the Ebola crisis.

In an unspecified town one spring, Dr Rieux finds a dead rat on his landing. The city slowly becomes infested with disease-ridden rats, and people begin to die. The authorities are in complete denial until a plague has to be declared and the city is quarantined. By focussing on 5 characters – the whole-hearted doctor, a selfish journalist, an obsessive civil servant, a man about town and a vagrant – Bartlett documents the reactions of humans to crisis. Although the theme of the play is depressing and dark, the overriding message is that of hope as they band together – 'there is more to admire about people than to despise or despair of'. 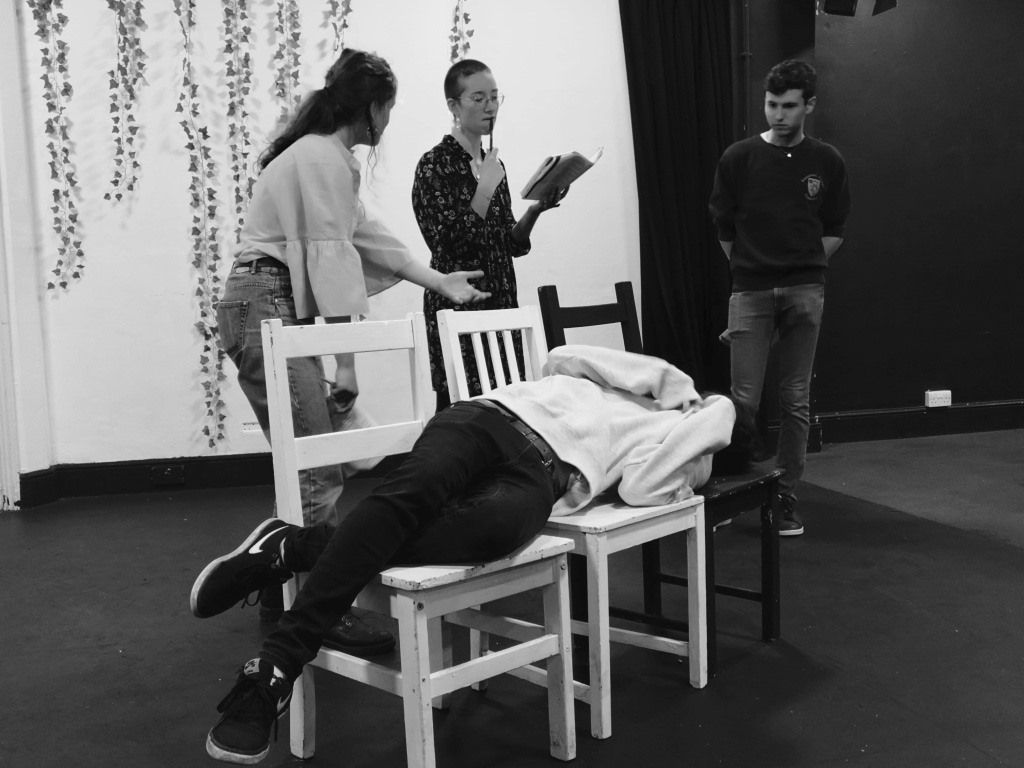 The individual performances given by the actors were polished and impressive. In particular, Will Hale's bittersweet, funny yet heartbreaking portrayal of the nervous civil servant was perfect: his ability to both be exaggerated and archetypal and to also give an incredibly emotive performance was astounding. Sophie Kean as Dr Rieux was equally impressive, her earnest warmth drawing the audience in and rendering the somewhat abstract plot much more personal.

A special mention must go out to what has to be the most complicated and beautiful set in the Corpus Playroom's history – Dmitry Bashtanov's design includes a moving, latticed structure, with which the different settings are created – from a flat to a street. This is complimented wonderfully by the vibrant, psychedelic lighting by Lara Mandell. 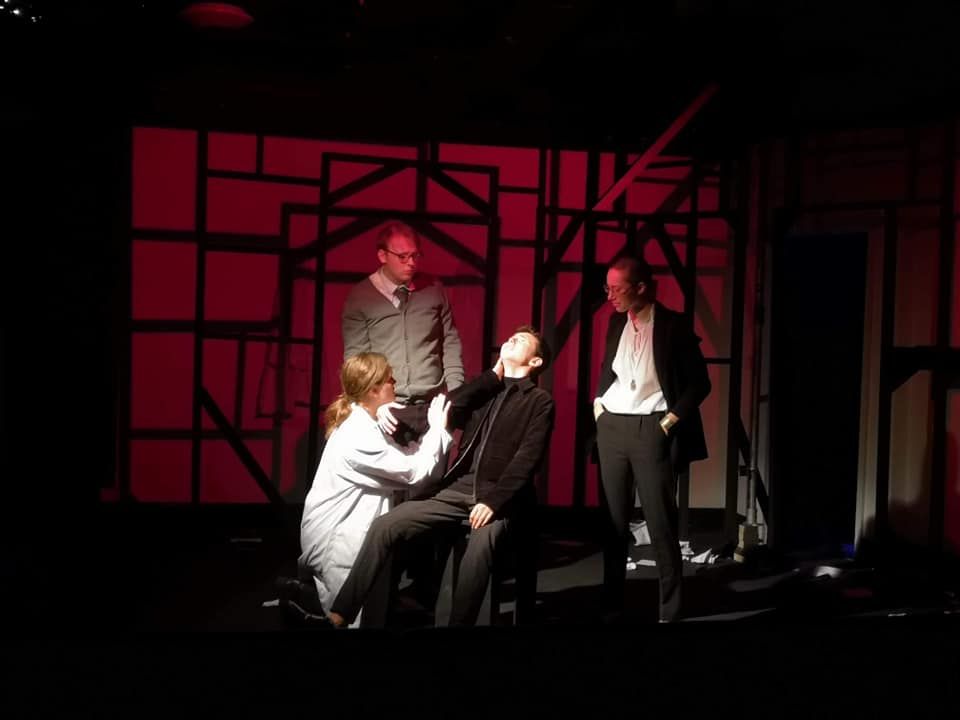 Something that must be commented upon was the slickness of it all – it was very polished, effective and clean. The physical theatre in particular was cleanly choreographed, the transitions slick and the lighting perfectly timed. But it was almost too slick.

I got the impression that so much time had been spent on the aesthetic value of the performance that other elements were left behind: in particular, the characterisations. Although Hale and Kean's characters were distinct, the other actors seemed vaguely confused about their characters and the timeline of the plot. 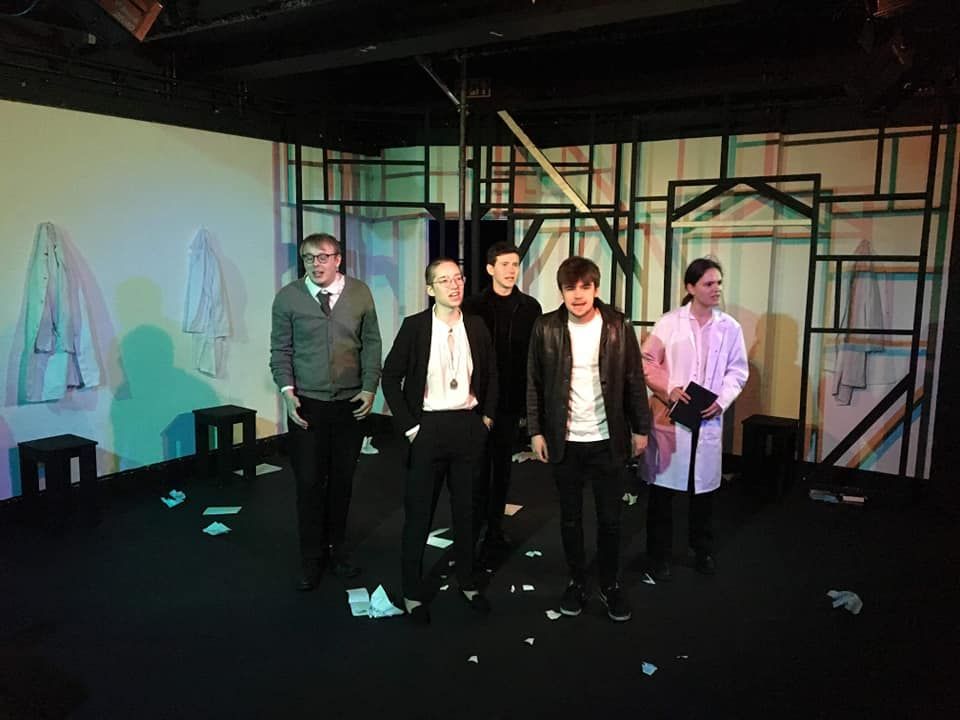 The actors remained on stage the entire time, which could have been interesting but instead felt frustrating as the only seeming direction they had been given was to write on bits of paper when they weren't involved in the scene or walk around in an angsty manner. When I entered the Playroom and found the actors pacing the stage as preset, it was interesting; by the end, I was bored of it.

Overall, this production is a haunting piece on denial, hope and crisis, held together by a talented cast and the most beautiful set design seen this year.