Mayhem in the aisles

This was a surprise. Admittedly, I probably should have read the show description more carefully, which does make it clear that fantastical happenings will occur, but Market Magic certainly exceeded expectations.

We enter in the same sort of chain supermarket everyone has been unlucky enough to be involved in at some point. The usual workplace tropes abound: the slackers, the ones who delight in annoying customers, the overly-invested and cringing manager (played to excruciating perfection by Rowan Gow), the new girl who just wants to do her job and go home. Allie, our protagonist and the latest addition to the Magics team, is ably played by director Lara Cosmetatos in a last minute swap (several cast members had to be replaced last minute and, were it not for the amusing notice given by “Brian” at the beginning that some of them “had anthrax” or “were on trial for several war crimes”, you’d never have known), who gives her real emotional depth. Unusually for a comedy, time was given to flesh out Allie’s mental illness in a way which wasn’t played for laughs but instead was a really poignant look at disassociation and the discombobulation of starting all over, somewhere new. 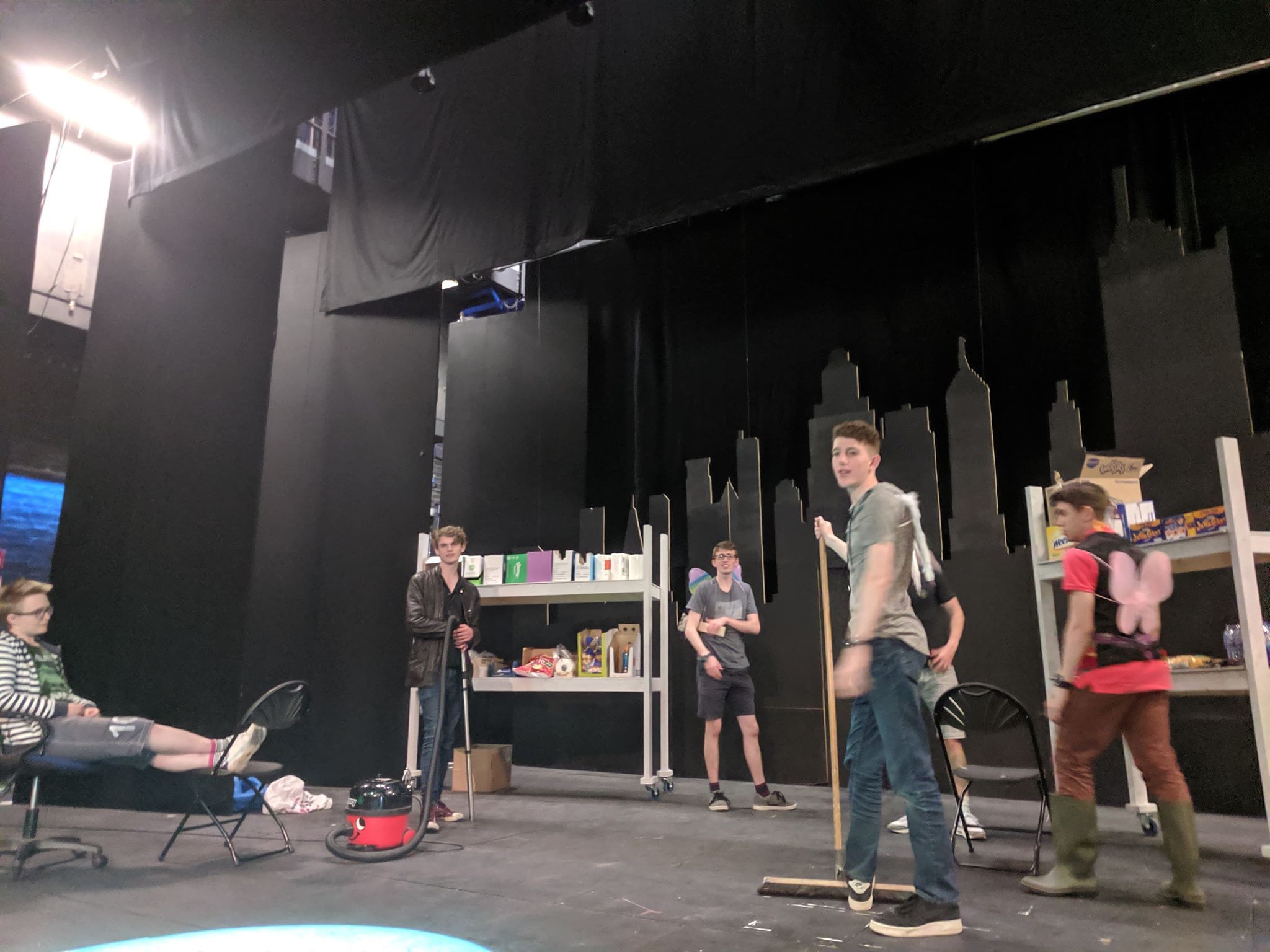 The first 20 minutes are okay; everyone performs ably and there are a few laughs, but this is nothing we haven’t seen before. Then Allie enters the other side of the warehouse, a mystical land of gnomes and elves: and everything changes. Mary and Marge, an elderly pair of hummus-obsessed gnomes, brilliantly played by Ayush Prasad and Sophie Brawn respectively, make their agonisingly slow way across the stage. They are side-splittingly funny: Prasad with a hilariously hunched, crow-like posture, a thick West Country accent gently pronouncing how much he loves “that keen-oh-ah” and Brawn excellently brisk and no-nonsense in her rants about the council.

From here on in, I don’t stop laughing for 40 minutes: the scenes in the council were amongst the funniest I’ve ever seen, with regional politics brilliantly skewered. Joseph Folley is an excellently mad-cap though somewhat sinister Brian – his quicksilver physicality and deadpan asides playing off the more subdued characters brilliantly. Rowan Gow also does good work here as his adoring wife Sandra (the “ritual” nearly made me cry with laughter) and Ryan Morgan is wonderful as poor, thick Adrian. Having seen him in Star Jelly at this years’ DDS he seems to have a unique gift for making characters likeable whilst not cloying, and this is showcased here. Ben Galvin, drafted in at the last minute and wearing an incredible ensemble of floral kimono, knee length shorts, socks and sliders, makes an excellent Ruth, the much-needed straight man to the others’ flamboyance.

The costumes and set are, for a late show, excellent: weird and joyous and colourful enough to give us the sense of the “other” without being distracting, with the change between the real world and the warehouse simply and effectively denoted through lighting. However, although the voice-overs were very funny, we were looking at an empty stage for what I felt was too long – it would have been nice to see perhaps some silent physical theatre (which the cast prove to be very good at in a later scene) during these long pauses. In addition, whilst the middle section of the show, which showcases the “magic” side of Magics’ was comedy gold, the third act with its more serious look at another human character seemed to drag, only picking up when the magic characters returned. It seemed to be trying to make a larger point about freedom or rebellion when what we really wanted was hijinks- although well acted and sensitive, it seemed unnecessary.

Although not a perfect show, the energy and comic talent of the cast are brilliantly showcased in an hour and a half of madcap fun, with the audience asides and recoveries from technical hitches really proving the innate comedians within them all.