How to hack positive discrimination

The secret is out. Oxbridge's Admissions Tutors are choosing to admit strong candidates from state school backgrounds in favour of students from independent schools deemed to be 'on the margin'. The crisis has raised fears among parents who thought paying £36,000 per year would guarantee their child a spot at a top university.

If you are yet to read the Daily Mail's article on how one particular headteacher at an independent school in Buckinghamshire feels his students are being disadvantaged in the Oxford and Cambridge admissions process, I would suggest you read that first before continuing any further. 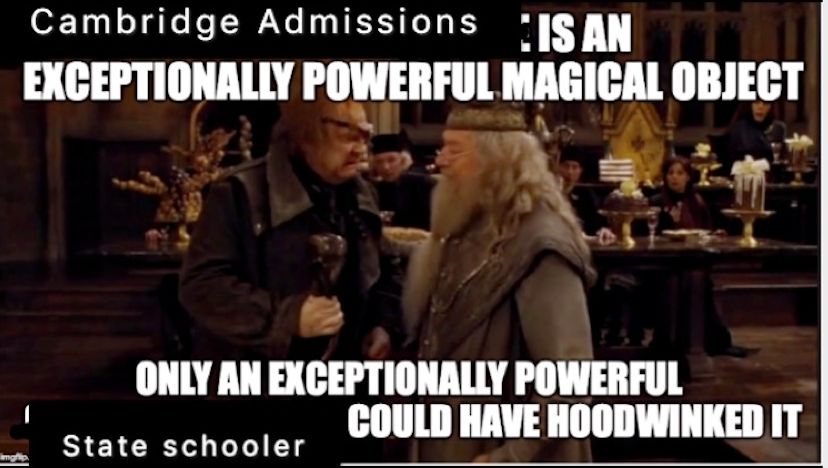 It goes without saying that no state-educated student would ever actually manage to get into a university such as Cambridge on their own merit alone. Either the bar has been lowered for them, or they know something we don't about cheating the admissions process. Fraudulent 'social engineering' such as this is a serious matter, so The Tab has decided to investigate the stories behind a select few of these criminal masterminds studying among us. 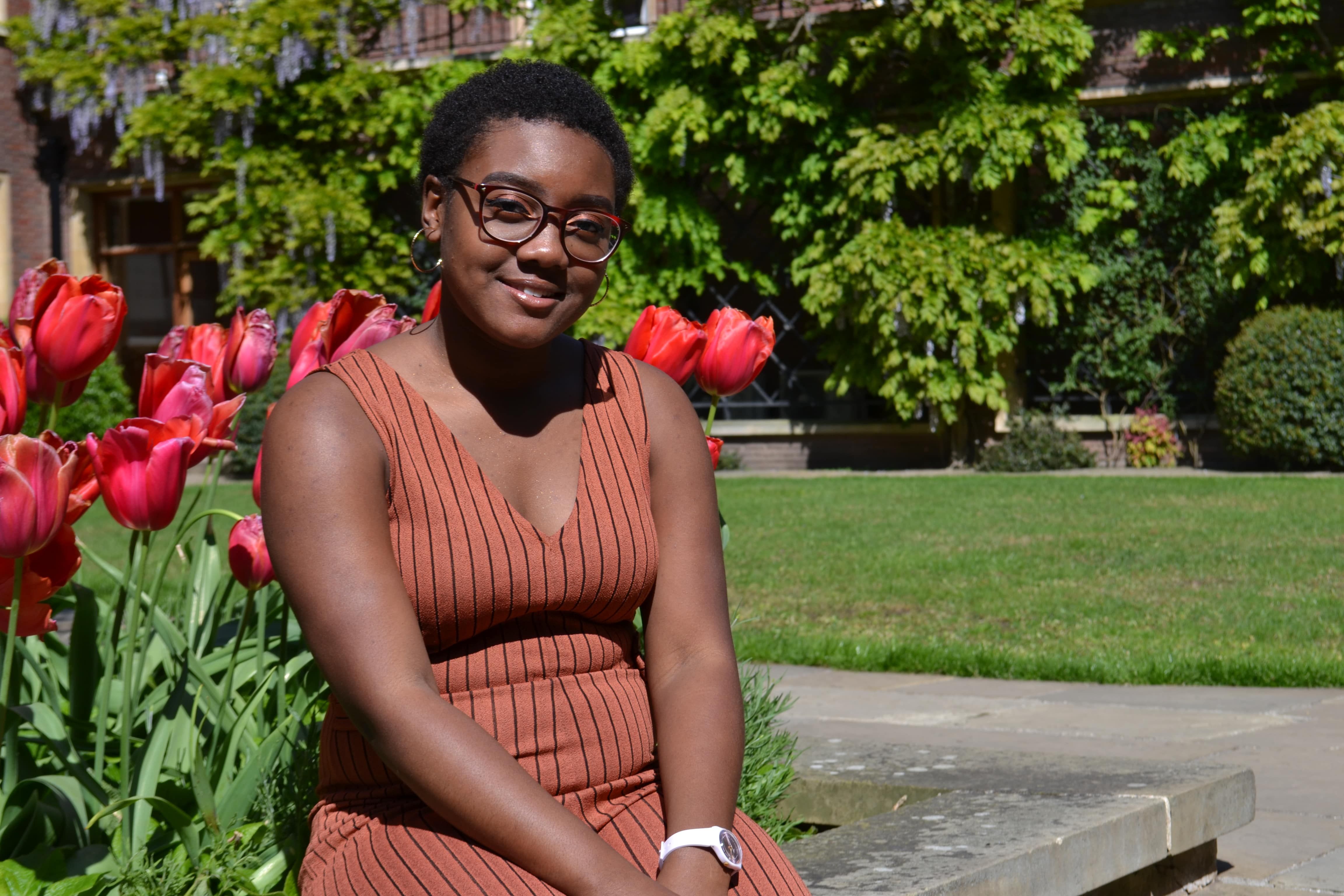 'Seeing people here like Youtuber Courtney Daniella who I could identify with made me think: If they can survive here, so can I.'

First up, we have Rianna, who applied after receiving her A-Level results. Rianna decided against a cheeky gap year to Thailand to discover herself, fearing Admissions Tutors would assume she was from a private school background and therefore reject her before interview. Apparently that happens. Instead, she taught English at a school in Madrid, inspiring students to pursue education as much as possible.

In actual fact, Rianna is an exceptional intellectual who hopes to discover more about periods of history that are often overlooked, such as precolonial Africa and Latin America–all while being the newly elected President of Cambridge's Students' Union BME campaign.

Any suggestion that her presence here is not valid is part of a deeper problem that seeks to delegitimise the talents of state school students. 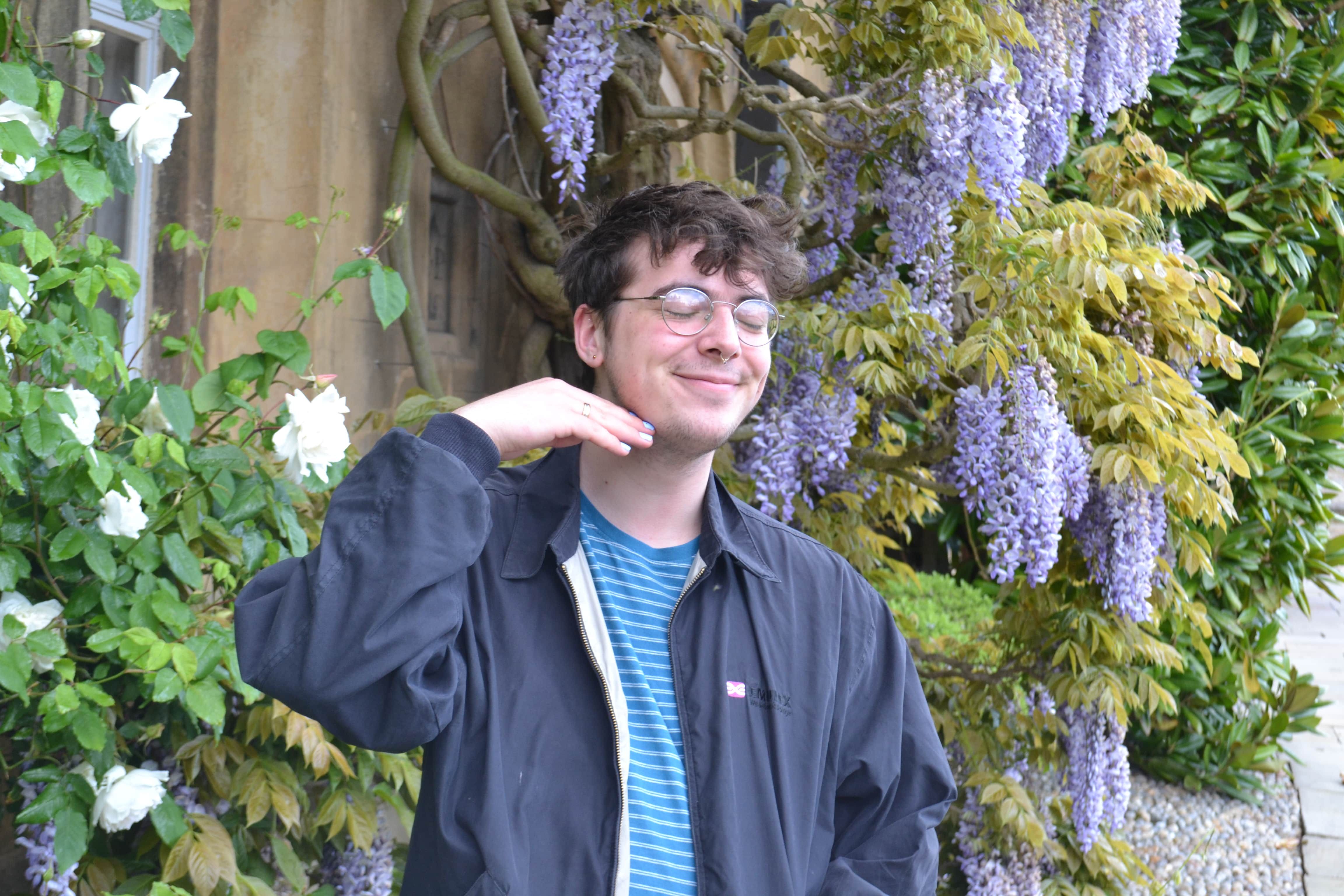 'I feel like you have to step out of your own world in order to succeed.'

Ben found the whole admissions process a breeze. His school was in fact opposite an independent school that had a training programme specifically designed to get their students into universities like Oxford and Cambridge. Ben didn't need any of that.

This crafty Engling simply hypnotised his interviewers into believing he was capable of doing a degree. His longstanding passion for contemporary confessional poetry, two A*s and one A at A-Level, and keen interest in Cambridge's rich literary history were secondary to his powers of hypnotic persuasion. Unfair advantage much. 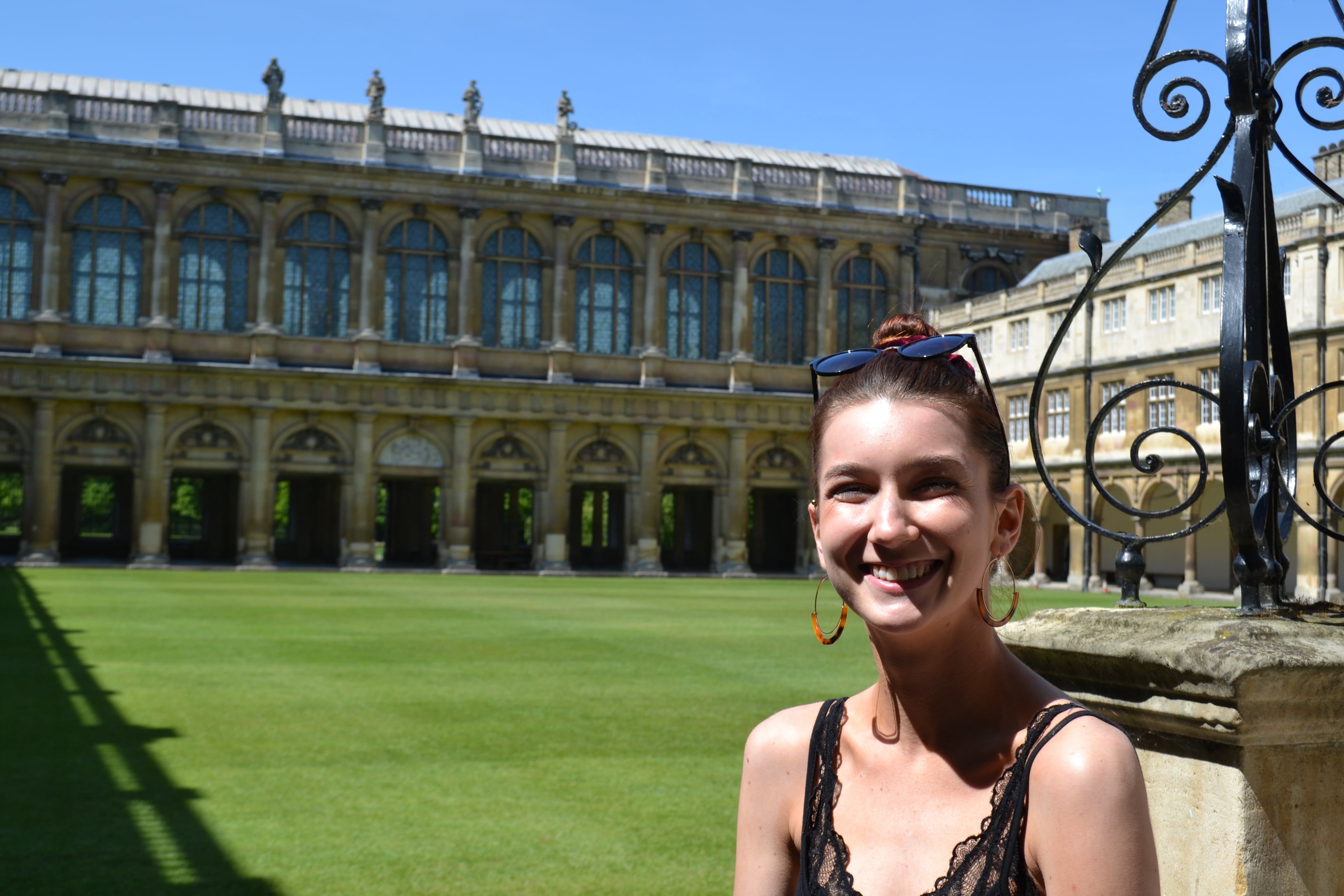 Keen to explore the culture, language and history of Poland without necessarily specialising wholly in Polish Studies, MML student Hope needed a quick way to sneak into Cambridge without raising suspicion. Her solution? Pretend she went to a state school. Hope knew that by claiming she went to a state school, her interviewers would be forced to give her a place. They wouldn't even bother to check UCAS.

It's not as if Hope needed to do any of that anyway. As a first generation student, she was already so well-versed in the Cambridge application process that she might as well have not bothered submitting a formal application. A quick email to Admissions would have secured her a spot, no questions asked. Not that it's relevant, but she is actually a highly talented linguist and passionate historian looking into stories that diverge from the mainstream. 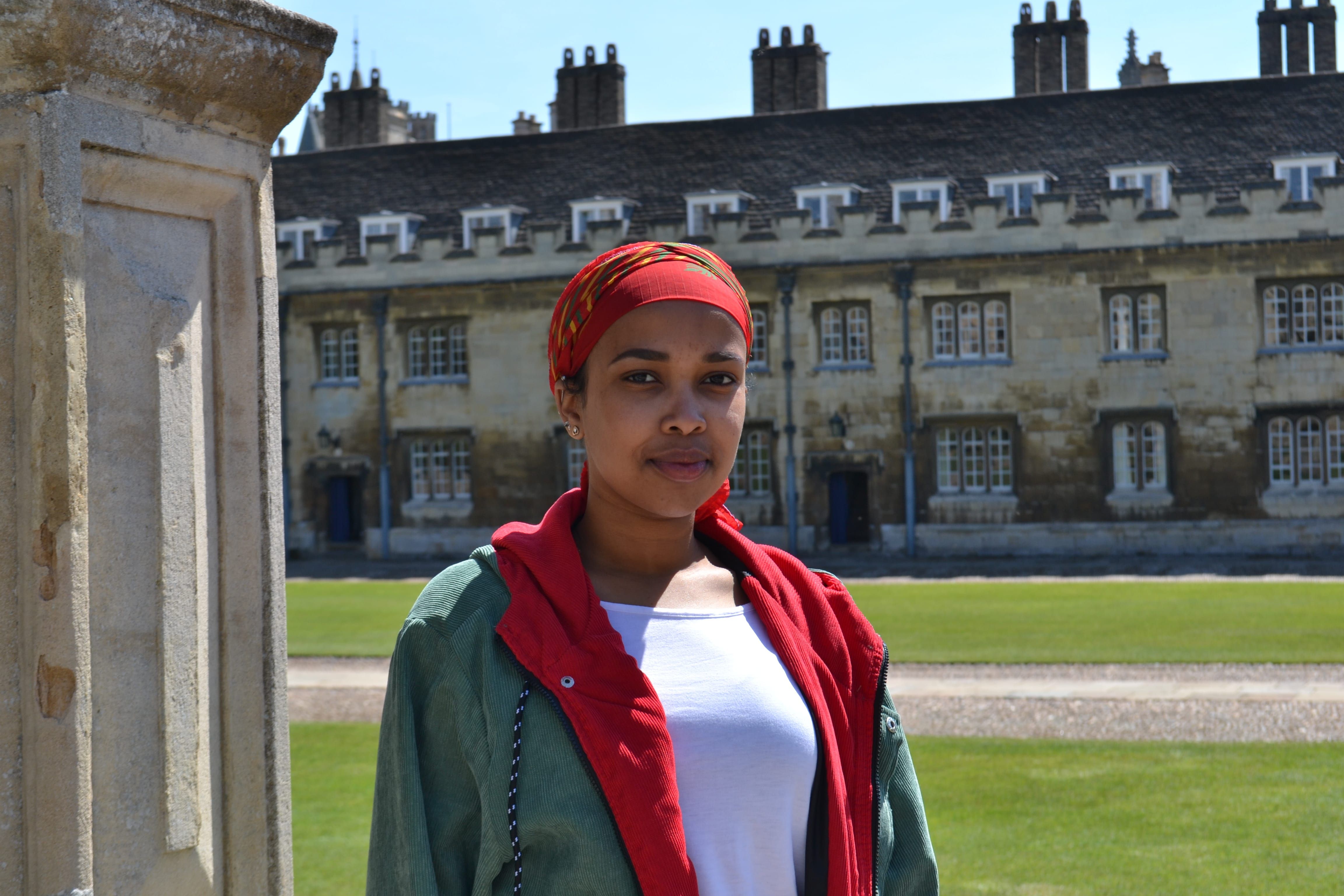 'We binarise the state-private school divide, but not all state schools are the same. It's important that we all recognise our own privilege.'

Hannah let us in on her scandalous secret to getting a place at Cambridge. After arriving for interview, she got a sore throat and lost her voice. Her philosophy: you can't get any of the interviewer's questions wrong if you can't speak! Genius. Taking pity on her, the Admissions Tutors felt a Cambridge offer would be far better than a get well soon card.

The reality is quite different. Having volunteered in Burkina Faso, Hannah is distinctly aware of the importance of improving education and the common challenges that education systems face on a global level. She is the first in her family to attend university, having received A*AA at A-Level, and hopes to use her time here to prepare for working in an international education-based NGO. Hannah is here because she can and will make a difference, not because of attending a Free School. 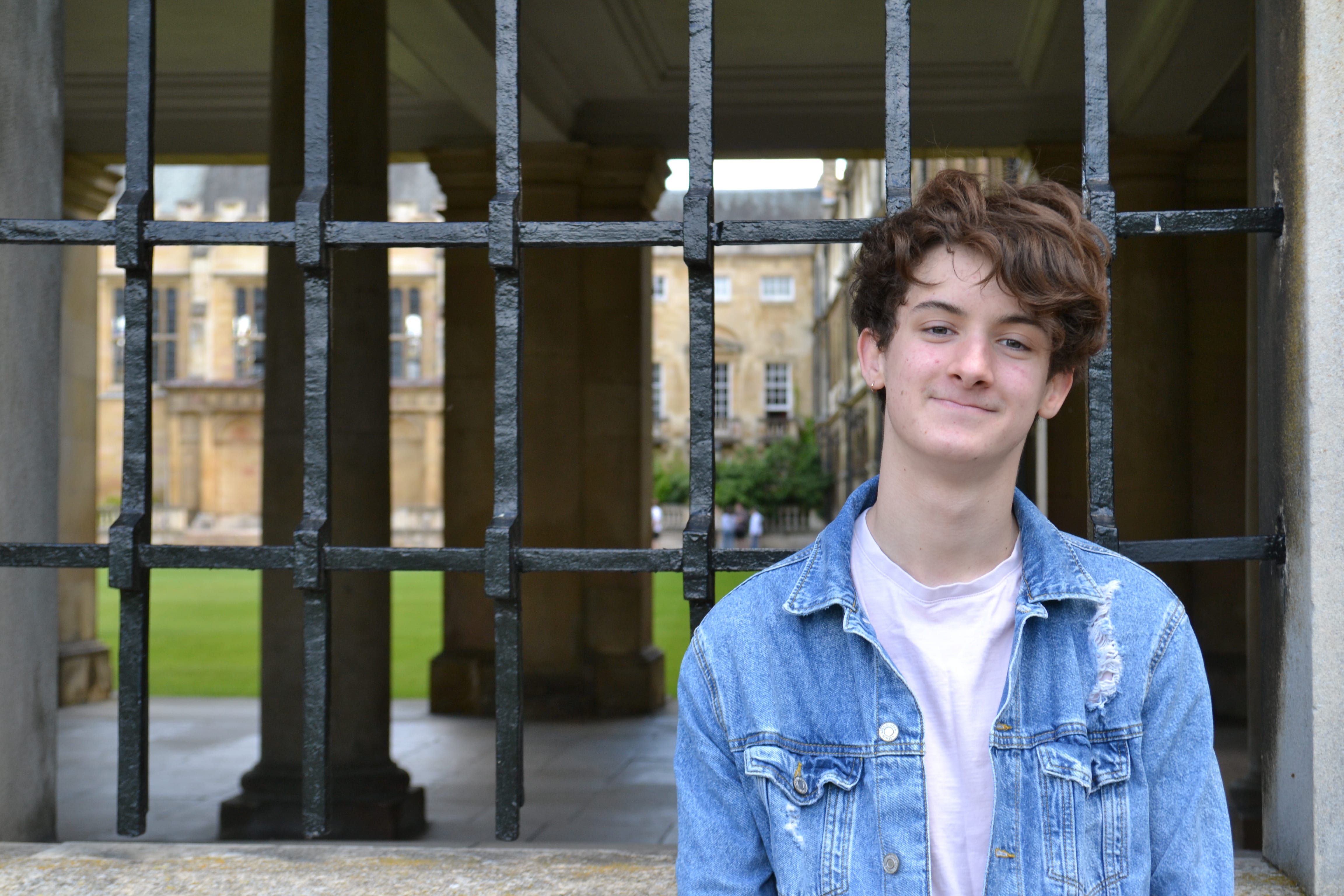 First Year PBS student, Louis, took full advantage of access schemes that give state schoolers a fast track pass to an unconditional offer. Realising that these schemes were the perfect way to swindle a place with little effort required, Cambridge seemed like an easy route into higher education.

Louis' desire to explore the science behind mental health, 2 A*s and 1 A at A-Level and, to quote the man himself, his ability to "write a mean essay" were simply irrelevant when it came to the admissions process. His A* in quota-filling was much more important.

If anything, Cambridge should be reducing the number of access schemes it has on offer. Encouraging students to apply regardless of their background is a slippery slope to equality. We simply can't have that. 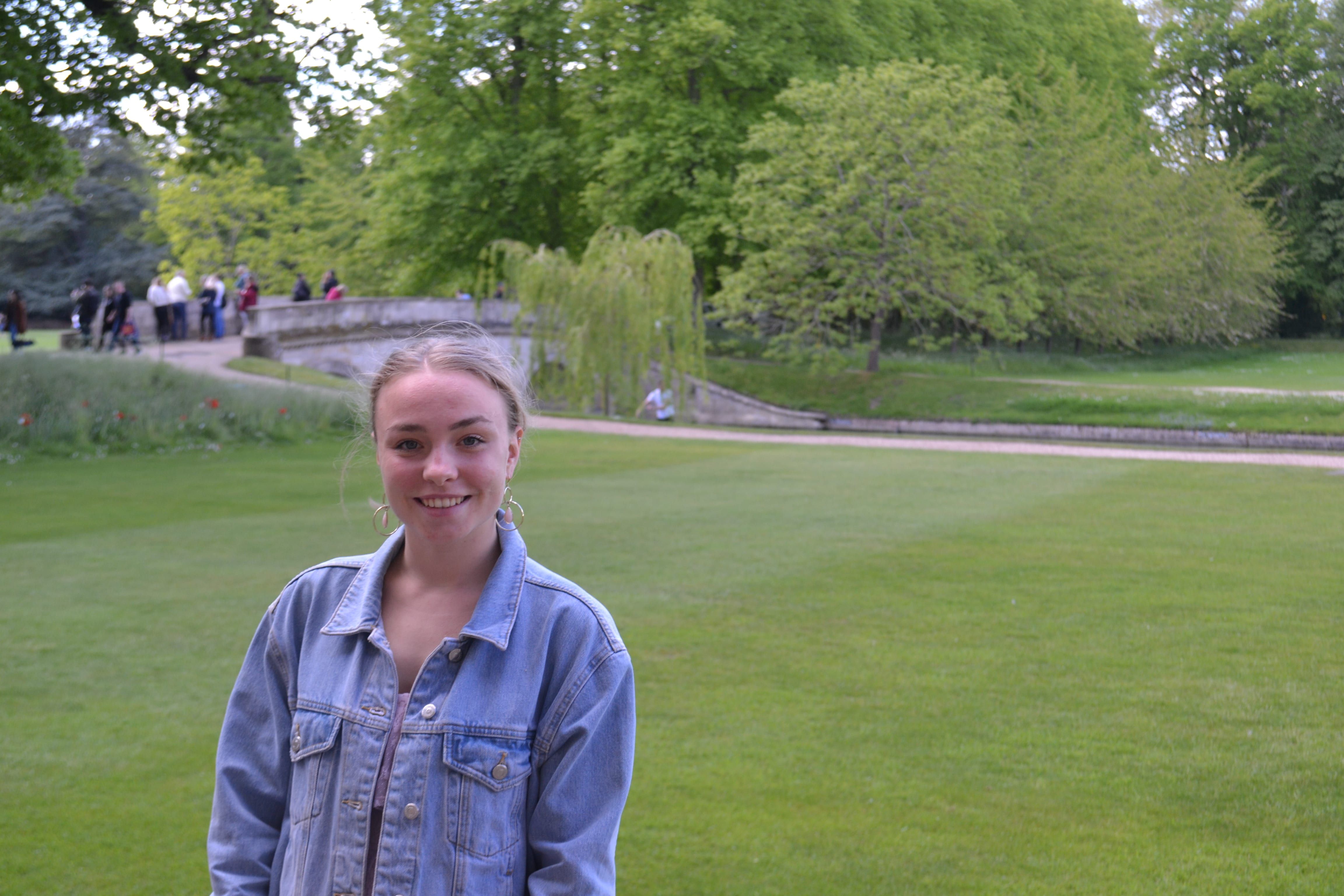 'If I'd have listended to my teachers, I wouldn't be here now.'

Repeatedly told not to apply to Cambridge, Juliette defied her teachers and applied anyway. The cheek. But that's not all. To get the edge in the applications process, Juliette convinced some of her independently-educated competition to drop out altogether. She even went to the lengths of trying to distract them by being friendly and talking to them when she felt nervous. The audacity.

Juliette was actually one of only two girls in her A-Level Physics class. The highest relevant qualification her teacher had was a B in GCSE Physics. Juliette taught herself the entire course and still earned a top grade whilst her school was under 'Special Measures' status. None of that matters really though, does it? Juliette is at Cambridge not because she is an extremely intelligent and hardworking student from a little town on the Isle of Wight, but because Cambridge handed her a place on a silver platter. 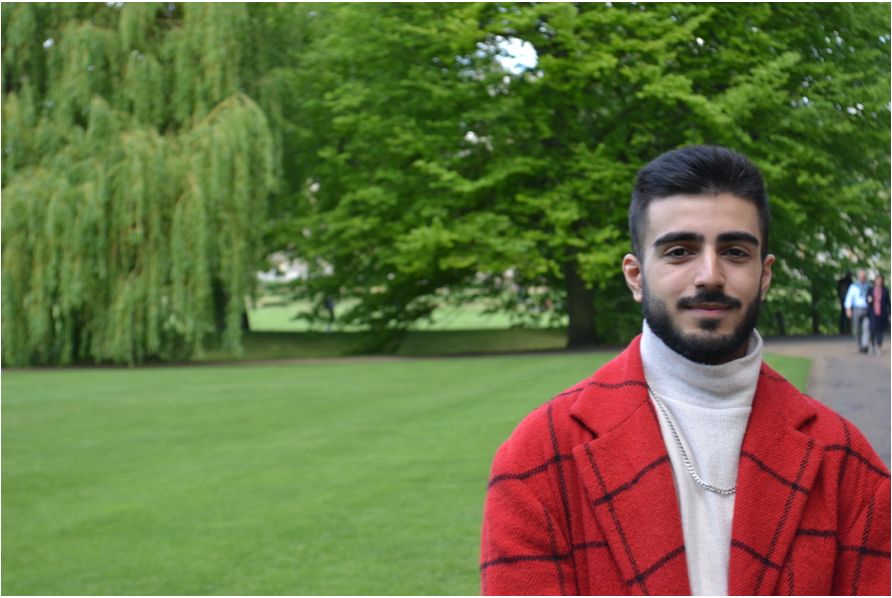 Reiss is coming to the end of his studies in English at Cambridge. He turned down a scholarship to a private Sixth Form in order to attend a local state-run school set up with the resources to help students from disadvantaged backgrounds realise that places like Cambridge are viable options for them.

Unacceptable. Giving students the resources to achieve their academic potential they would otherwise be unfairly deprived of is theft from the students who are lucky enough to be able to pay for this privilege.

Reiss went on to achieve 2 A* grades and one A grade at A-Level, taking up his place here at Cambridge. He has since been the President of his college's JCR, Vice-President of the university's Pakistani Society, written a dissertation on immigrant identity in South-Asian literature, and worked on countless schemes aiming to improve access and diversity.

Reiss has contributed so much more to this university than most. He is more deserving of his place here than most. And he is here, because he knew that if he truly merited an offer, his educational background would not be a disadvantage in getting one. 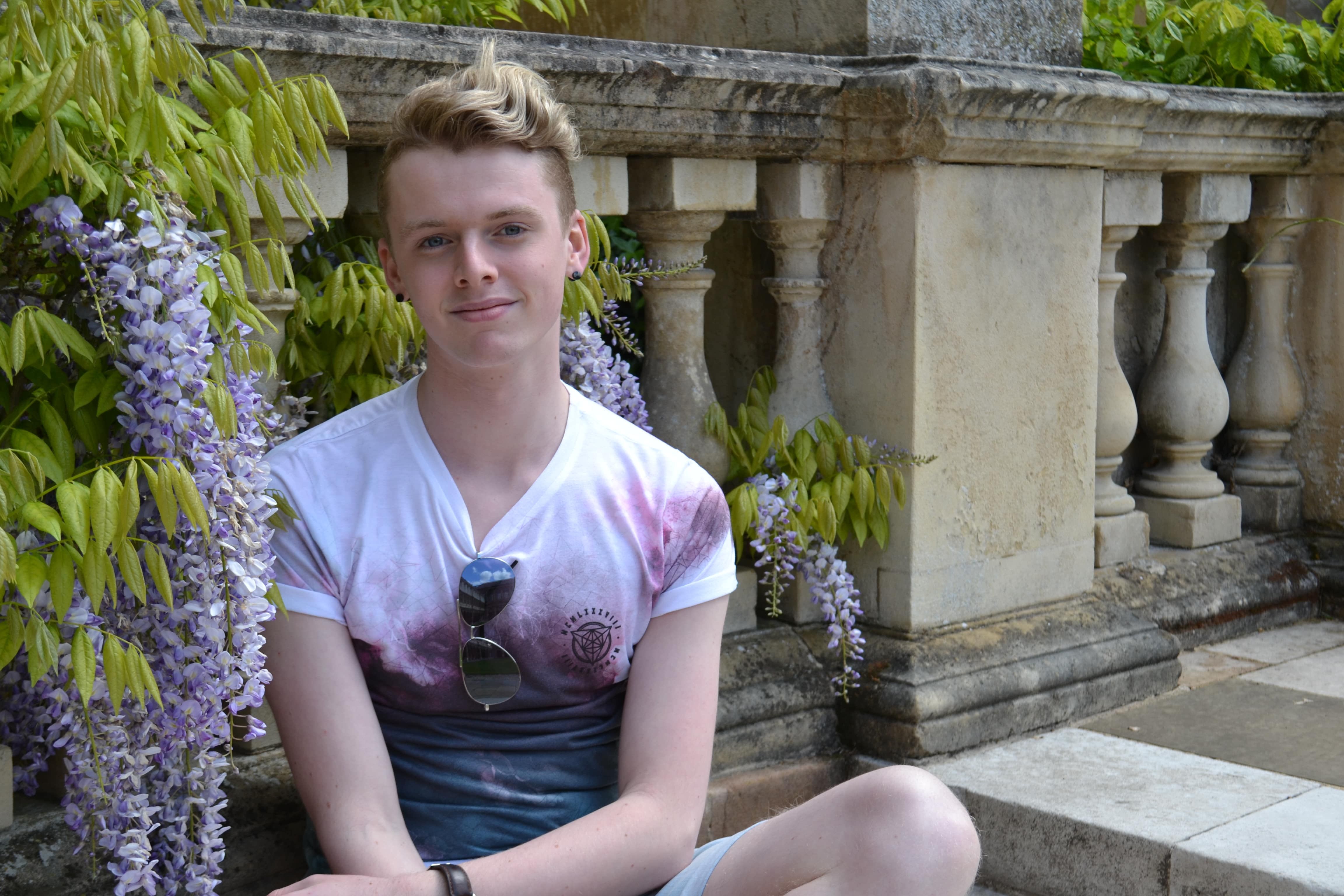 'This rhetoric of entitlement insinuates intentionally or otherwise that state-educated students are somehow stealing the property of the privileged.'

So now we come to my story. How did I end up at Cambridge? How did I play the system? The truth is, like so many students, I have questioned whether I really deserve my place here. Was my Admissions Test a fluke? Were my A-Level results mixed up with somebody else's? Maybe I am secretly fluent in Russian?

I will be the first to proudly admit that I am not perfect. There are so many aspects of my application that I know could have been better. My 'super-curricular' reading was far from extensive, and my French vocabulary could certainly do with a kick up the behind.

However, I never asked myself whether I am here simply because I went to a state comprehensive.

At school we had half-ripped up atlases that still had the Soviet Union and Yugoslavia in them as well as textbooks that didn't arrive until halfway through the year. I had teachers who cared immensely about my academic and general wellbeing, but whose teaching abilities were limited by a lack of resources and funding. Despite that, I made it. I exceeded the standard offer with four A*s to my name.

I would like to hope I wasn't 'handed' my place in the name of social engineering. I feel as though I have proven myself academically and intellectually. Though I will of course continue to question my abilities, no headteacher at any independent school can take away from the work that went into my being here, nor that of anyone else for that matter.

Let's be real here for just one moment. The Oxbridge admissions process is not ideal. That's a no-brainer. Every year, thousands of students apply in the hopes of gaining a spot at two of the world's most competitive universities and every year countless among them are rejected despite being extremely academically capable people. Somebody always ends up being disappointed. I urge you to not mistakenly place the blame for that on access schemes or positive discrimination, or any project desperately trying to improve a system that needs to change.

To be clear, my issue does not lie inherently with private schools, nor with the students who attend them, nor with the parents that can and do send their children to them. My issue lies with those who assume money alone entitles you to a Cambridge offer, and who assume privately educated students on the cusp of the admission cut off line are somehow being disadvantaged to make way for so-called state school domination. That is just simply not the case.

It is these very access schemes that aim to even up the playing field, to ensure that institutions historically rooted in privilege are actively and continuously encouraged to better themselves. If a student is offered a place it is because, after considering a wide variety of factors, they have done enough to show that they can thrive here. Educational background is such a small component of the extensive data collected on applicants, that reducing the achievements of any student to nothing more than a result of quota-filling is an insult to say the least.

So how can you steal a Cambridge offer? You can't. It is impossible to steal a university place that should not and does not inherently belong to any individual or group of individuals in the first place.

For additional information regarding the admissions processes for Oxford and Cambridge, please consult the following websites.

All images are the author's own