Greek tragedies endure in modern theatre largely due to their iconic stories, their universalism and their versatility. Aidan Tulloch has sought to exploit these with his modern take on Sophocles’ Electra, Techno Electra. With this tale of grief and revenge, Tulloch and director Ella Gold have created a modern adaptation of the classic, with a headphone-wearing chorus setting the stage for what is to come. The play is well suited to the intimacy of the Corpus Playroom, enabling this combination of drama and music.

The language of Tulloch’s translation is clever and ensures that the philosophical weight of this plot is preserved. It did however feel jarring with the more modern setting. Indeed, this seemed to be the main issue for the play; the rather lofty language and the modern environment did not sit naturally together, and made for some rather dissonant moments. A lack of direction meant that these characters seemed rather one-dimensional and unbelievable. Unfortunately this left Electra’s defiance seeming more like boredom, and the Chorus’ pensiveness resembling genuine confusion. For me, this meant that some of the emotional highlights of the play fell flat: the grand pronouncement of Orestes’ heroic death being met with a ‘fucking hell’ felt rather awkwardly comical, and not as devastating as I might have expected.

There were some beautiful moments, though, and particular credit must be given to Alice Murray for her portrayal of the mother, Clytemnestra. An antagonist being played so cleverly made her a delight to watch. Her monologue after learning of her son’s death was truly fantastic and brought a concentrated and complex mix of emotions to the play, with Tulloch’s music underscoring perfectly. Everything seemed to come together for this scene. Olivia Railton’s lighting enhanced this scene and the whole production, bringing subtlety to the sparse staging.

Although there were some general issues with pace and movement, these moments of true emotion were excellent. Agnelle Groombridge’s Electra screaming ‘Come and kill me!’ was truly chilling, and when her interactions with Atlanta Hatch’s Chrysothemis had pace, these were very enjoyable. 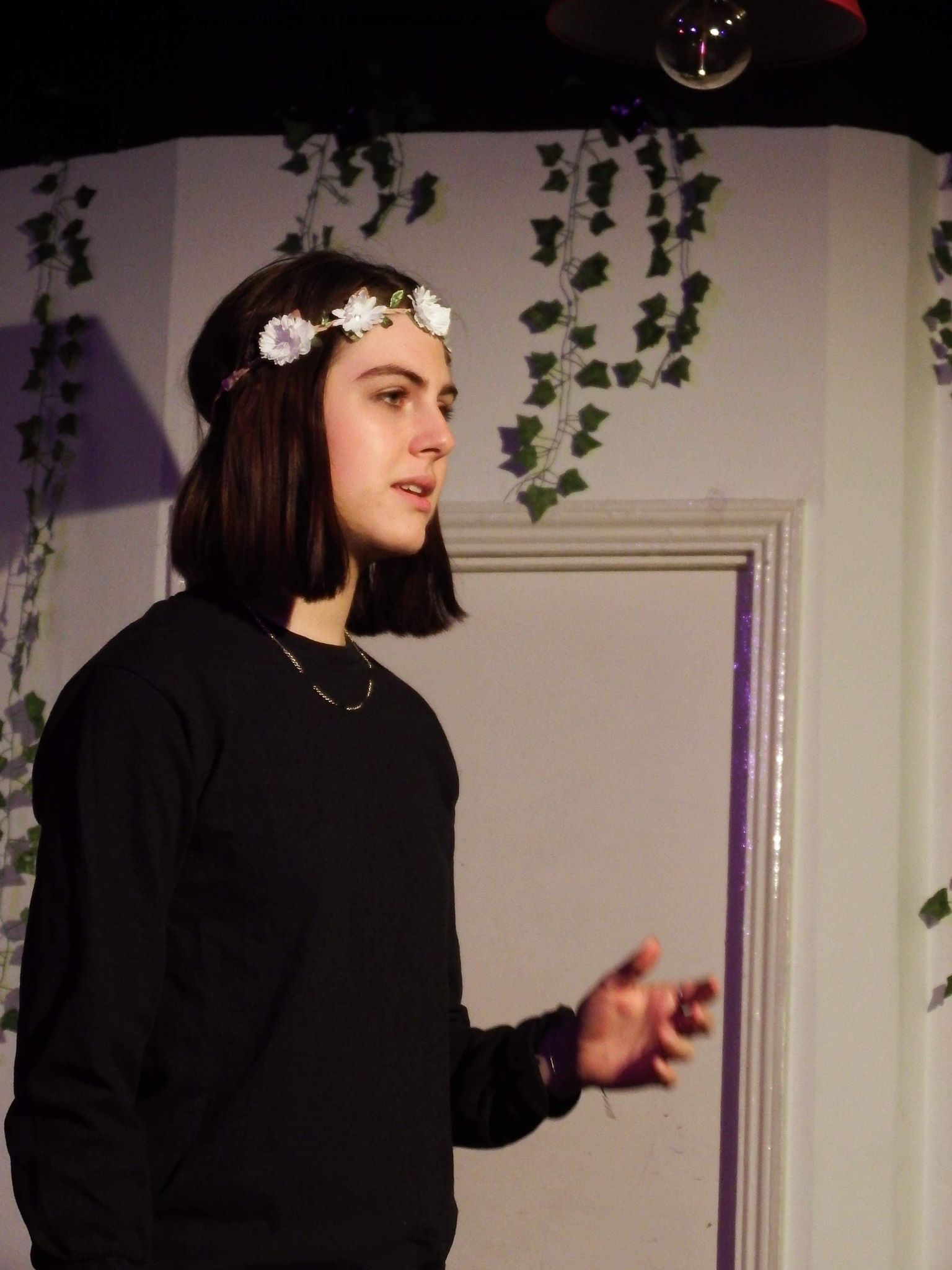 Tulloch’s music, a new soundtrack of ambient techno, was very well written and well realised. However, I was expecting it to be rather more central to the production overall, when most of the time it seemed to underscore moments in the play with no clear motivation. I thought this was a shame, as it was certainly an interesting and welcome addition to an adapted Greek tragedy.

Overall, this ambitious new project set out to do a lot and never quite managed it. There were some great moments, however, and I suspect that it will get much better over the course of its run.